JOHN HARRIS (1667?-1719) Navigantium atque Itinerantium Bibliotheca, Or a Complete Collection of Voyages and Travels . London: for T. Woodward, A. Ward and others, 1744. 2 volumes, 2° (400 x 255mm). Titles printed in black and red, privilege leaf facing title to vol. I, 61 engraved plates, comprising 15 double-page and 6 single-page maps, 5 folding, by and after Emmanuel Bowen, 40 single-page views, plans and natural history plates, including frontispiece to vol. II, woodcut head- and tailpieces and initials. (Some minor surface soiling, browning or offsetting, two maps cut to platemark.) Contemporary calf gilt, spine tooled in compartments (some wear). Provenance : John Clevland (c.1707-1763), (book label pasted inside upper cover) -- by descent to the present owners. The second edition of Harris's important history of voyages, revised by Dr John Campbell Originally published in 1705, the enlarged 1744-8 edition, regarded as 'the most complete' (Hill), is notable for its maps, which include two world maps, five of the Americas and Captain Abel Tasman's 'Complete Map of the Southern Continent'. Often regarded as having been prepared in competition with Churchill's Collection of Voyages , Harris's is rather a 'history of all voyages and travels then known' ( NMM ). Amongst the accounts of voyages made since the publication of the first edition are those by Christopher Middleton, Bering, Roggeveen and Lord Anson. Hill 775; cf. NMM 34 ; Sabin 30483. (2) 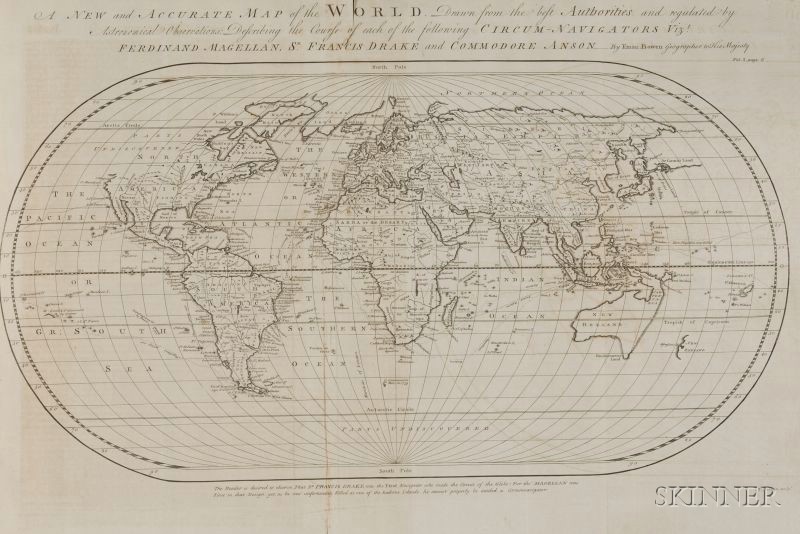 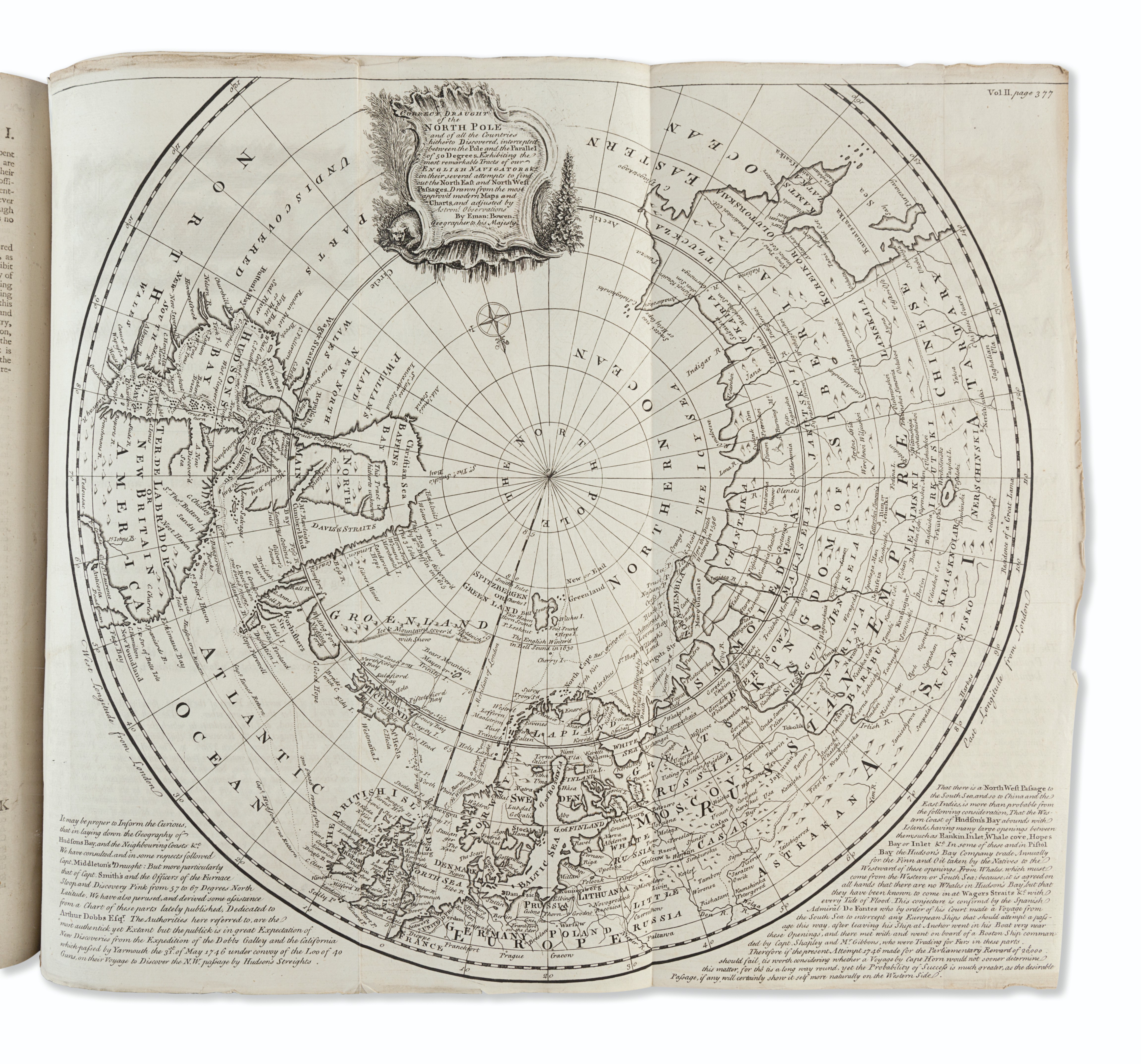 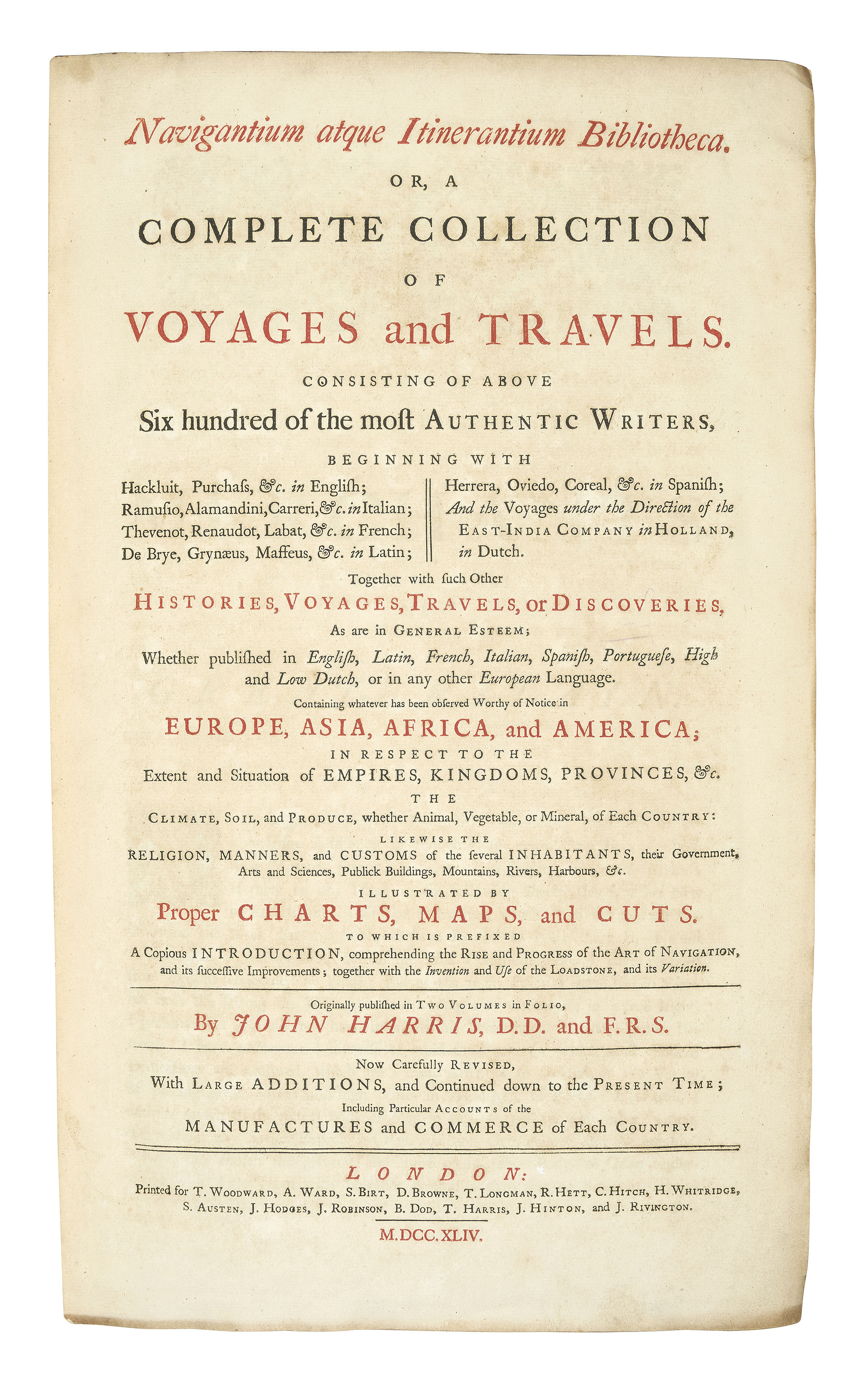