KITAGAWA UTAMARO (1753-1806) Shiohi no tsuto [Gifts of the Ebb Tide] An illustrated kyoka anthology, 1 volume (complete) with original dark blue covers painted in gold with plovers, waves and bands of mist, comprising 10 sheets, 1 preface sheet signed "written by Chieda at the request of the Yaegaki poetry circle", presumably the Akera poetry group led by Akera Kanko (1737-1799) where he describes an outing with seven other members when they went on a boat trip from Edo to the beach at Shinagawa, 8 double-page illustrations printed with karazuri , mica and metallic dust, a total of thirty-six kyoka poems by thirty-six poets in the upper half of each illustration on the subject of the thirty-six different shells which appear below, one plate depicting women gathering shells on the beach, six plates of various shells and seaweed on the shore, and one of a princess and attendants playing the kai-awase [shell-matching] game in an interior, featuring gold paint applied to the clouds at the bottom of the screen as well as cut gold leaf and gold sand above, 1 postscript sheet signed Chieda followed by the colophon naming the illustrator as Gako Kitagawa Utamaro with seal Jisei Ikke and the publisher Koshodo (Tsutaya Juzaburo of Edo), generally fine condition with minor worm-holes in the margin of the postscript and some slight toning on a few pages 27.2 x 19.5cm. 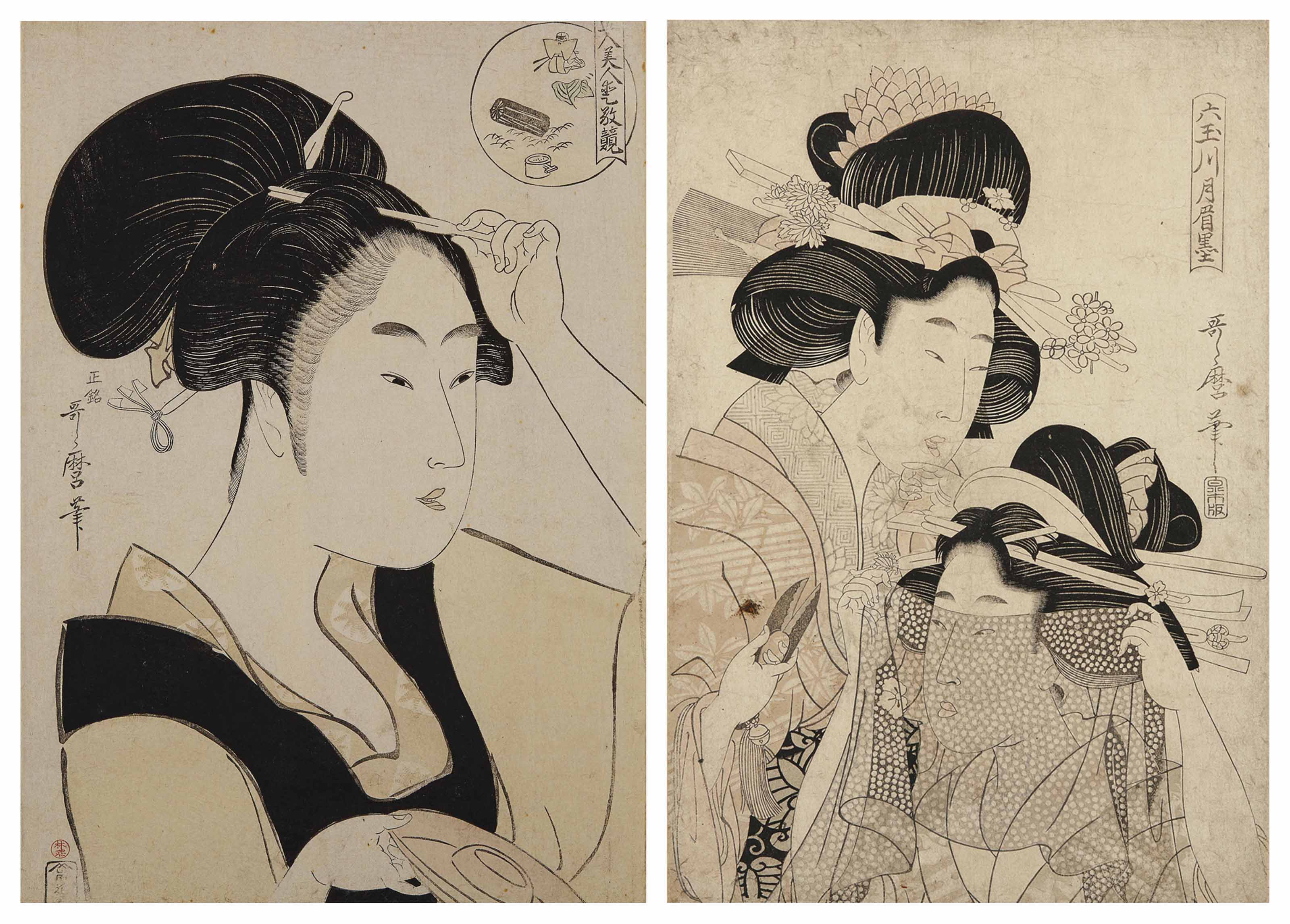