Levi Wells Prentice American, 1851-1935 Adirondack Lake Signed L. W. Prentice. (lr) Oil on canvas 10 x 18 inches Provenance: Helen McGhee Antiques, Philadelphia, PA, 1979 The meticulous landscapes of Levi Wells Prentice extend laterally, seemingly extending the viewer's field of vision beyond the frames that contain them. The self-taught artist was raised on a farm in the Adirondacks, just beyond Adirondack Park. His intensely horizontal, detailed compositions, painted over a period of roughly twenty years, capture the region's pristine lakes, dotted with little islands, and the pine forests beyond, with his own unique clarity. In a sense, Prentice's naÃ¯ve, hyper-realistic evocations of the American wilderness are akin to the paintings of the Hudson River School, whose participants sought to evoke the spiritual in the majestic hills and valleys of upstate New York. In her essay, "Nature Staged," Barbara L. Jones writes, "Created in the 1870s, his 'faithful copies' of nature, and his paintings of the hotels around Blue Mountain Lake, recall an important decade in the history of the Adirondacks, when the territory was experiencing a surge of tourist and sporting activity." [Nature Staged: The Landscape and Still Life Paintings of Levi Wells Prentice, The Adirondack Museum, 1993, p. 21] Thematically consistent with this early body of work by Prentice, the present composition is informed by a preternatural stillness. The tranquil scene at first appears devoid of human presence. Yet upon close inspection, a tiny brick outbuilding on the island at right, and the rustic footbridge are the only vestiges of civilization, intimating that a hotel or campground has already marred the sanctity of his remote vista. C Property from the Collection of Jerome M. and Rhoda S. Fischer
Frame rubbing. An area of tiny inpainted craquelure in the water at the center and another tiny area of inpainted craquelure in the cloud at the upper center. There is no further restoration visible under UV light. 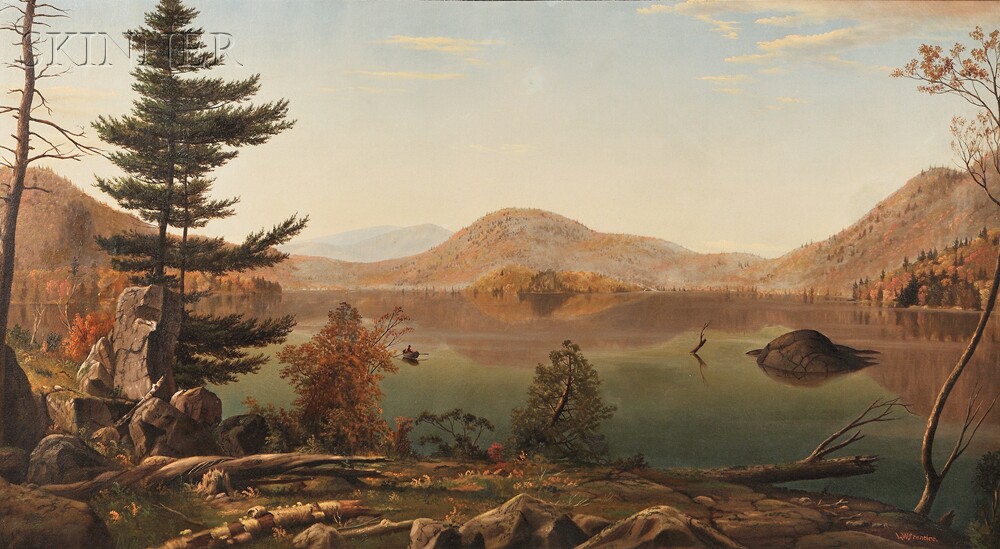 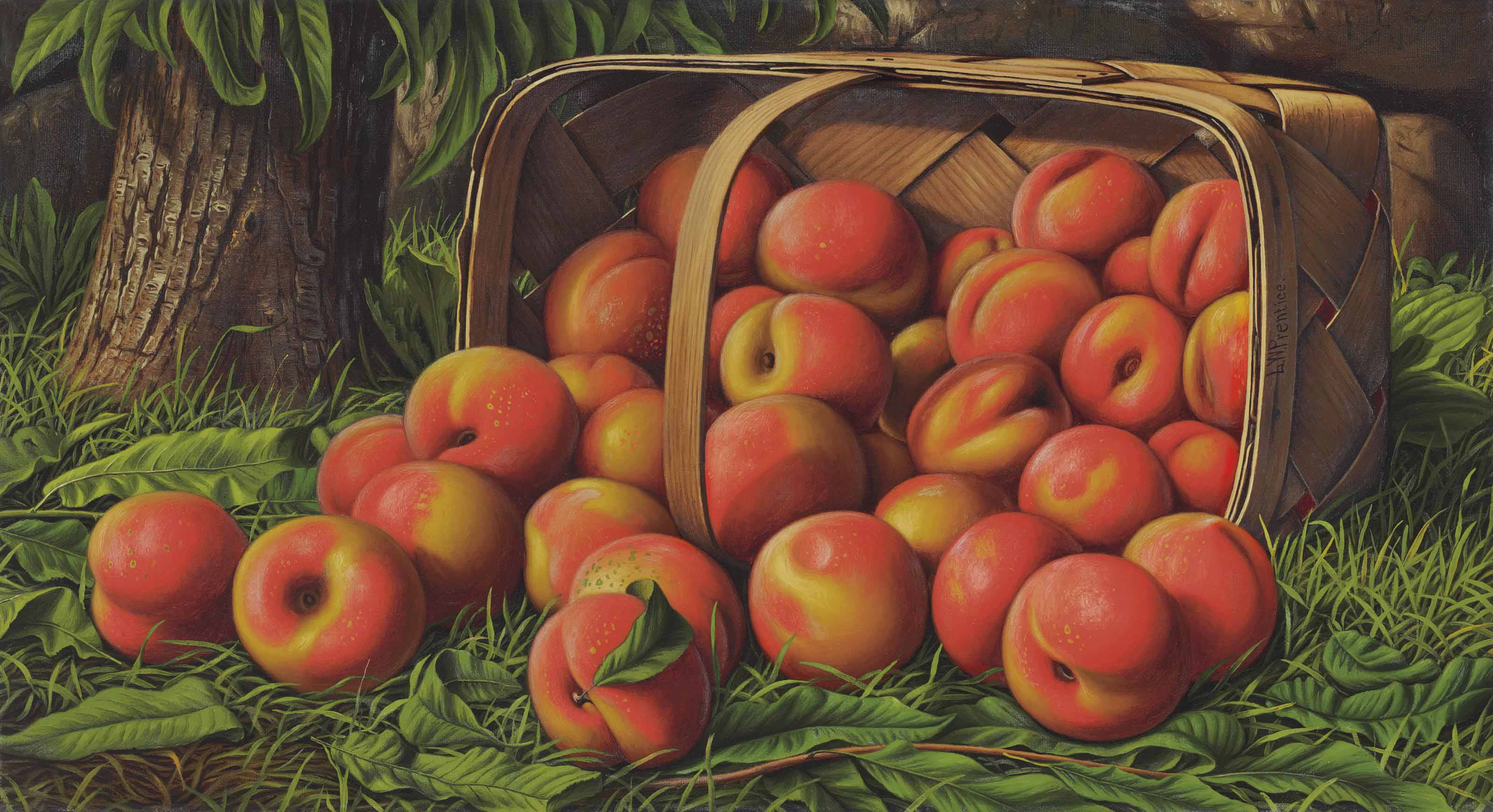 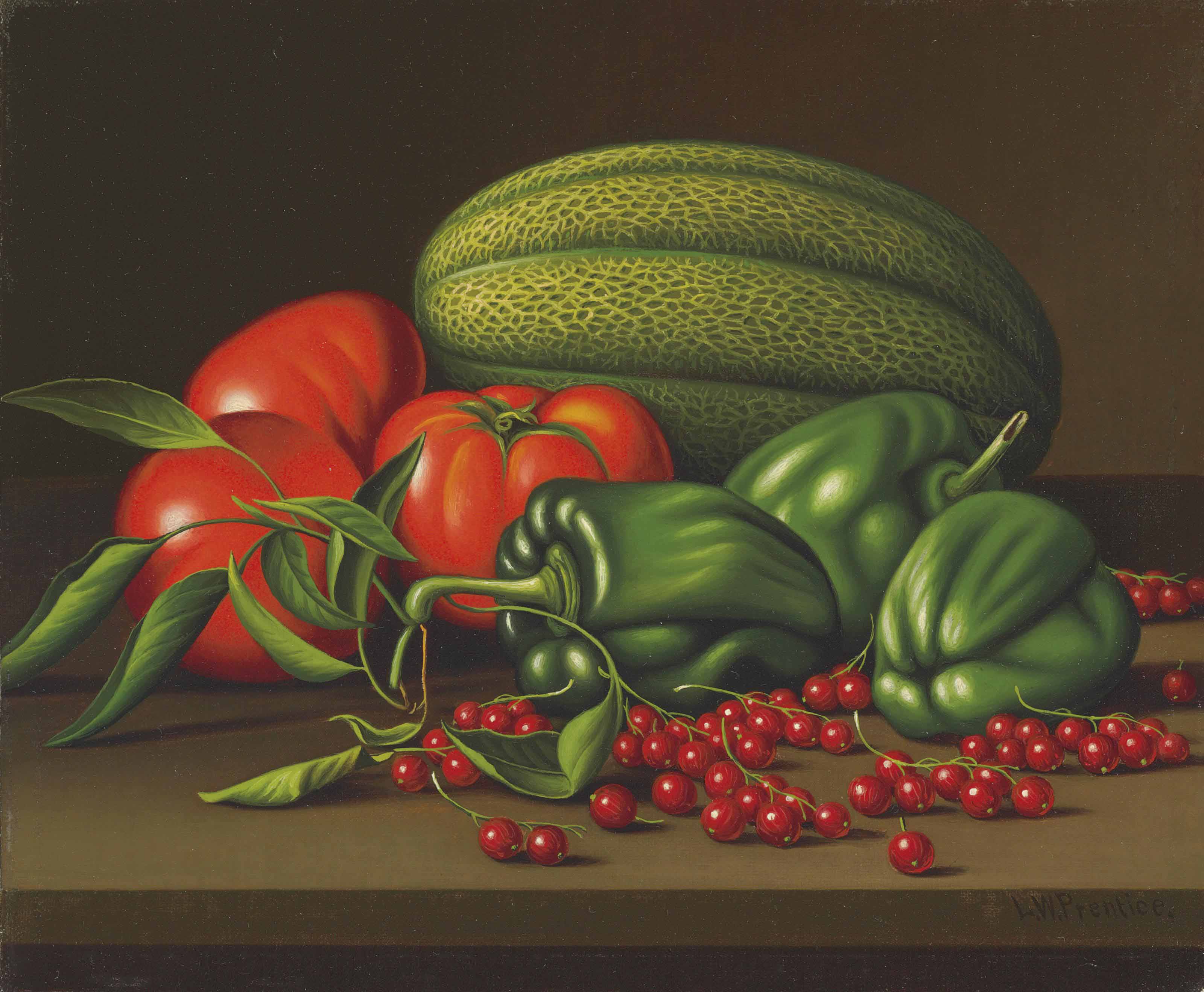 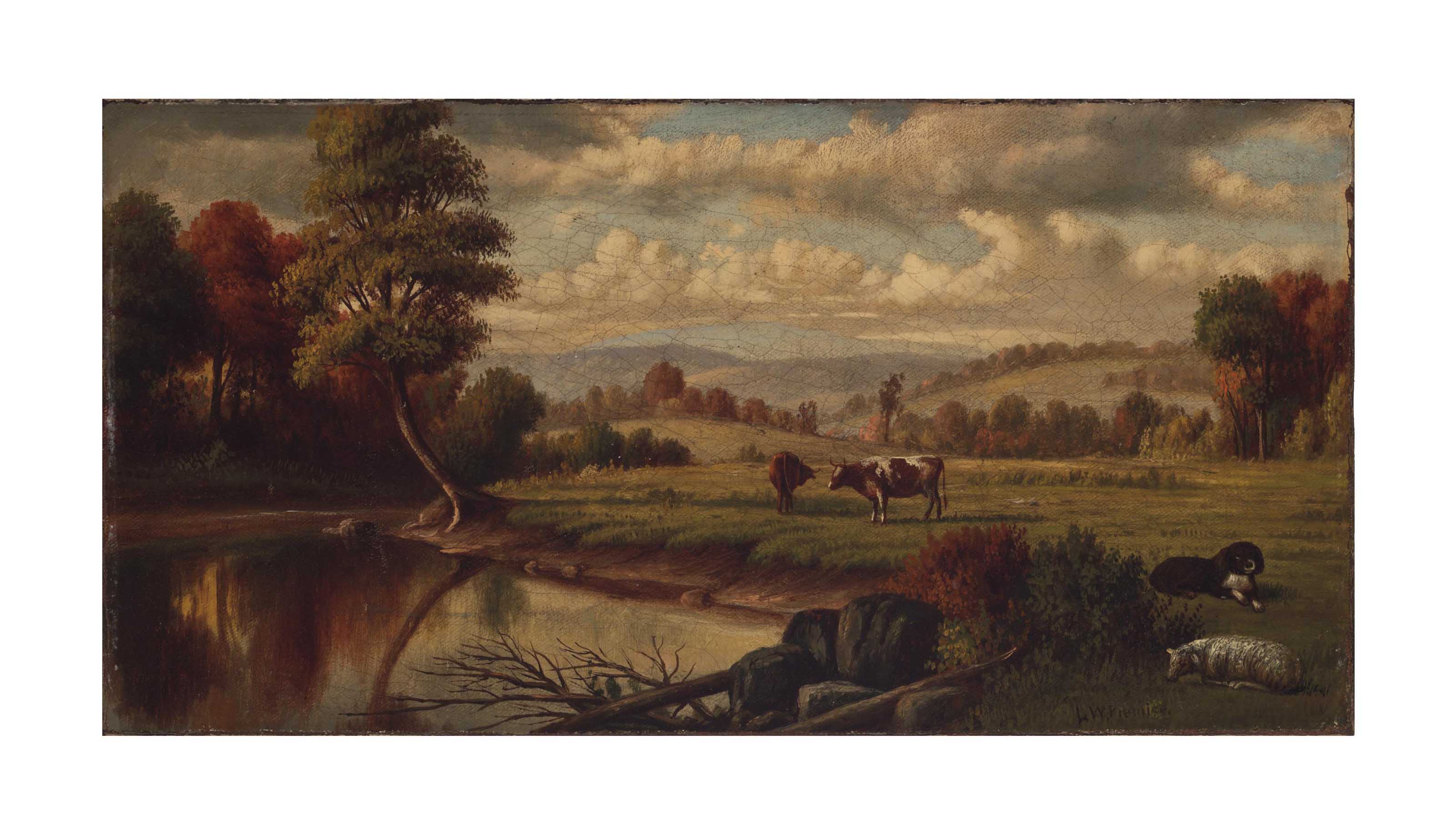