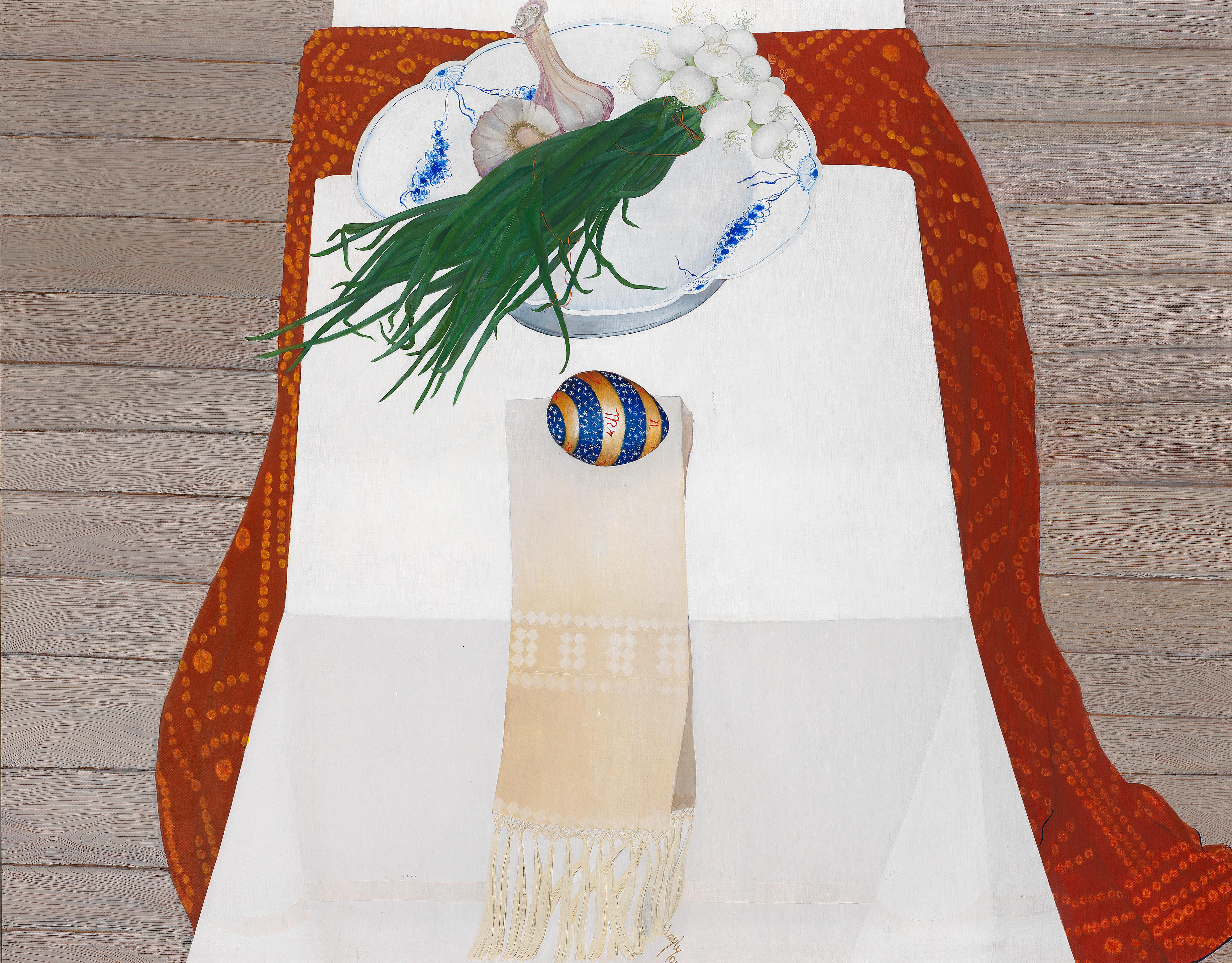 Leyly Matine-Daftary (Iran, 1937-2007) Haft-Sin oil on canvas, framed signed and dated 94 bottom centre, executed in 1994 115 x 145cm (45 1/4 x 57 1/16in). Fußnoten "Abstraction was a goal and figuration the means of achieving that goal" - Leyly-Matine Daftary Provenance: Property from a private collection, North America Acquired directly in Paris from the Artist by the present owner Bonhams is proud to present this magnificent painting by one of Iran's foremost female modernists Leyly-Matine Daftary. Leyly was born in Tehran in 1937. After having completed her primary education in Tehran, she attended Cheltenham Ladies College in Gloucestershire. She then went on to obtaining a Fine Art degree from the Slade School of Fine Arts in London before returning to Tehran in the late 1950s. Her artistic career began in the early 1960s, an era of great innovation in the arts in an international scale. Leyly was part of the first generation of Iranian women artists and part of the new wave of artists in Iran breaking against traditional art forms and techniques. The year of the revolution 1979 Leyly moved to Paris where she lived for the rest of her life. Here the artist beautifully captures an aerial view of a haft-seen set up. The warm but soft colour palette and the delicate placement of the pieces in conjunction with the backdrop of the wooden floor creates a visually abstract overall composition. Leyly is best known for her focus on extreme simplification of form, freshness of colour and the reduction of space into flat surfaces. A symbolic illustration of Nowrouz is setting up a decorative table called the Haft-Seen (the seven "S's"). Norouz marks the first day of the new year; the vernal spring equinox which has been celebrated by people of Iran and Mesopotamia since antiquity. Although continuously celebrated in Iran for at least three thousand years, Norouz is currently commemorated by several hundred million diverse peoples spanning from northwest china, India and central Asian Republics, the Caucuses, Turkey and Eastern Europe, Iraq and westward to Egypt. Items on the Haft Seen table refer to new life and renewal, and they are based on the magic of the number seven (Haft in Farsi). The number seven has been sacred in Iran since the ancient times, and the seven dishes stand for the seven angelic bearers of life-rebirth, health, happiness, prosperity, joy, patience, and beauty. Although the custom has evolved over the centuries and may have regional variations, at least seven basic items are traditionally placed on the Haft Seen table, each of the seven beginning with the letter "s" (Seen in Persian). Most of them also refer to the seven Zoroastrian immortals of the ancient Iran who guarded the sky, waters, earth, fire, plants, animals, and humans. 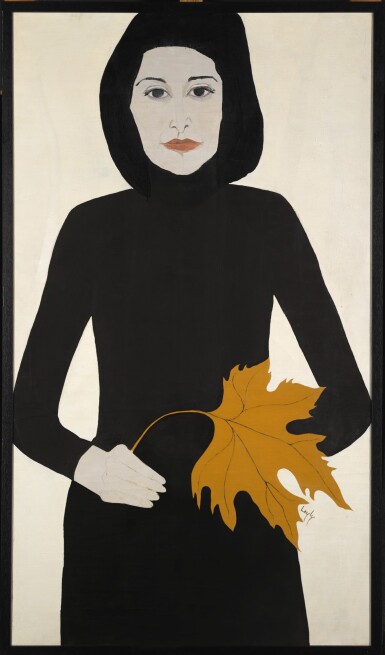