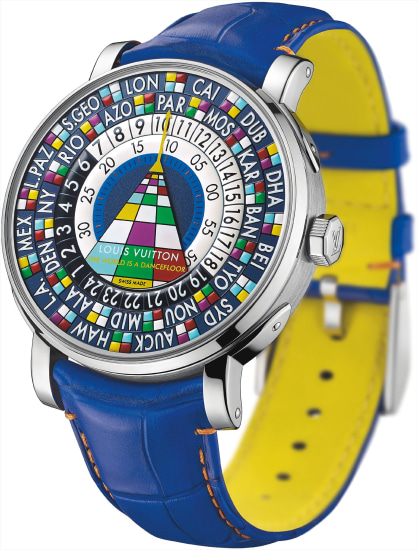 Louis Vuitton
Manufacturer: Louis Vuitton Model Name: Escale Worldtime Only Watch 2015 "The world is a dancefloor" Material: 18 carats white gold case, Water resistant to 30m, “Only Watch 2015 N°1/1” specific engraving on the back Calibre: LV 106 Calibre: automatic movement developed and assembled by La Fabrique du Temps Louis Vuitton, worldtime with disc display, 218 parts, 26 jewels, 28,800 oscillations per hour (4Hz), 38-hour power reserve. Bracelet/Strap: Blue alligator with yellow calfskin lining and orange stitching. Pin buckle in 18 carats white gold. Dimensions: 41mm. Diameter / 9.75mm. Thickness Catalogue Essay Louis Vuitton is proud to participate for the 5th time to the Only Watch Auction by giving a unique Escale Worldtime watch, designed by Louis Vuitton in collaboration with Paul Pettavino, as in the past 4 editions. In their heyday in the 20th century, the oceans were crossed aboard luxury liners. And for their elegant passengers, it would have been unthinkable to embark without their Louis Vuitton steamer trunks. These were often distinguished by their personal initials, coats of arms and other coloured ornaments. This colorful universe and vivid personal touches have inspired the creation of the Louis Vuitton Escale Worldtime watch. Boasting bright shades applied according to a miniature painting technique, its dial is a call to travel. To know what time it is anywhere, La Fabrique du Temps Louis Vuitton devised and created a unique “Worldtime” feature. The Escale watch shows the world time without using a single hand. Time in 24 time zones is shown by three different mobile discs. For this 2015 edition, Paul was inspired by the colourful universe of the Escale Worldtime watch and decided to play with coloured squares creating a dancefloor pattern. The phrase “The world is a dancefloor” perfectly echoes the design and the function of the watch. Read More 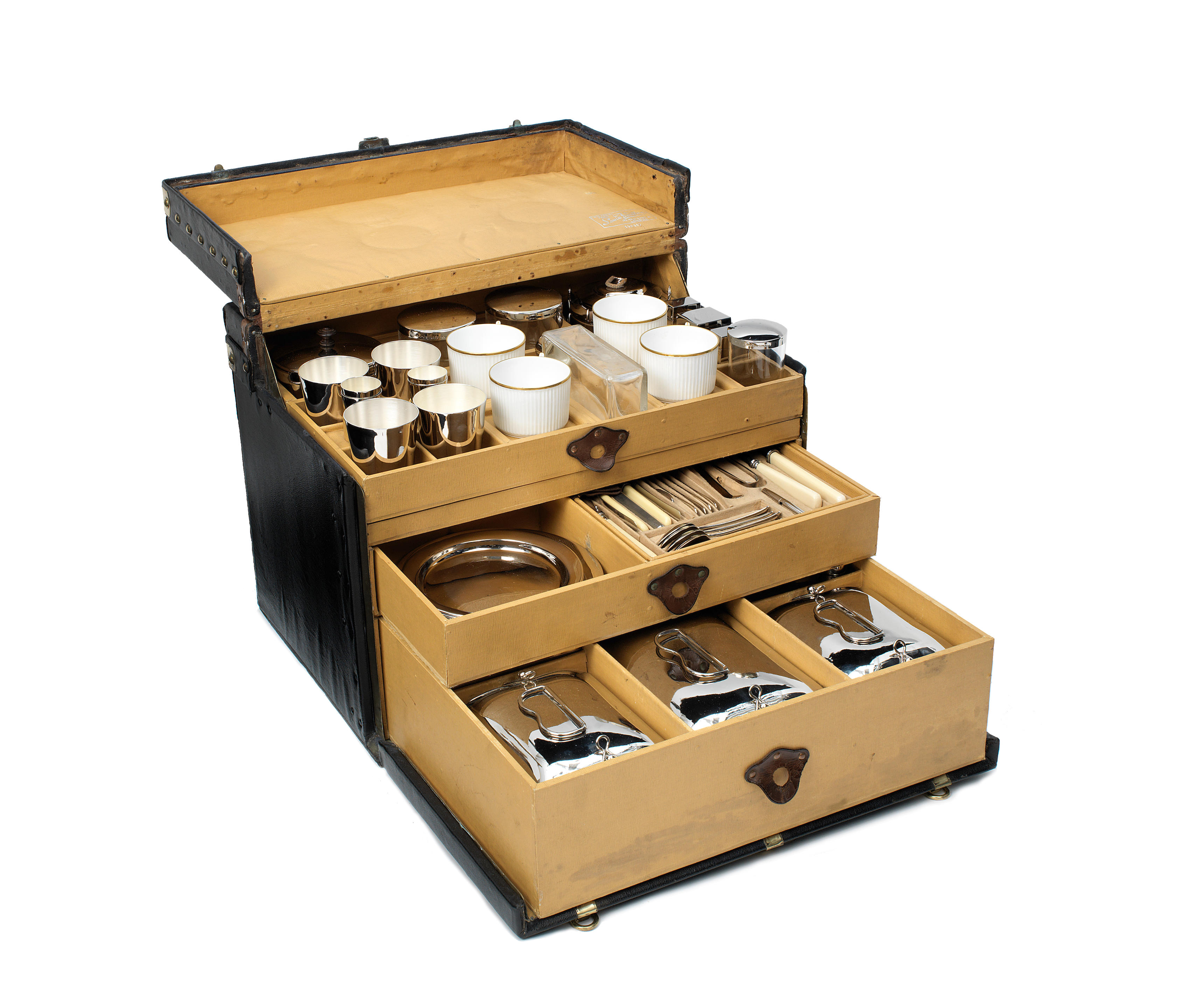 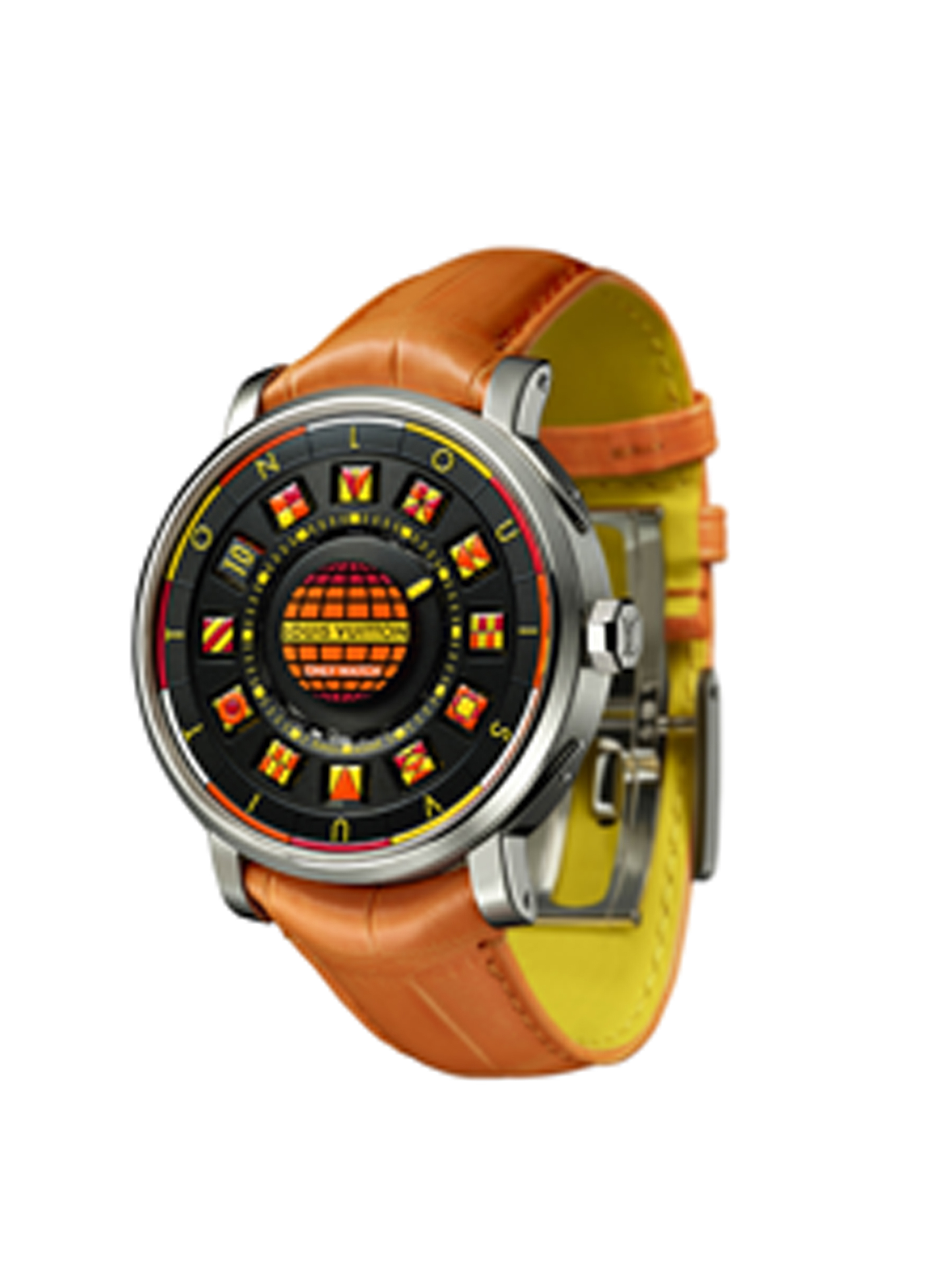 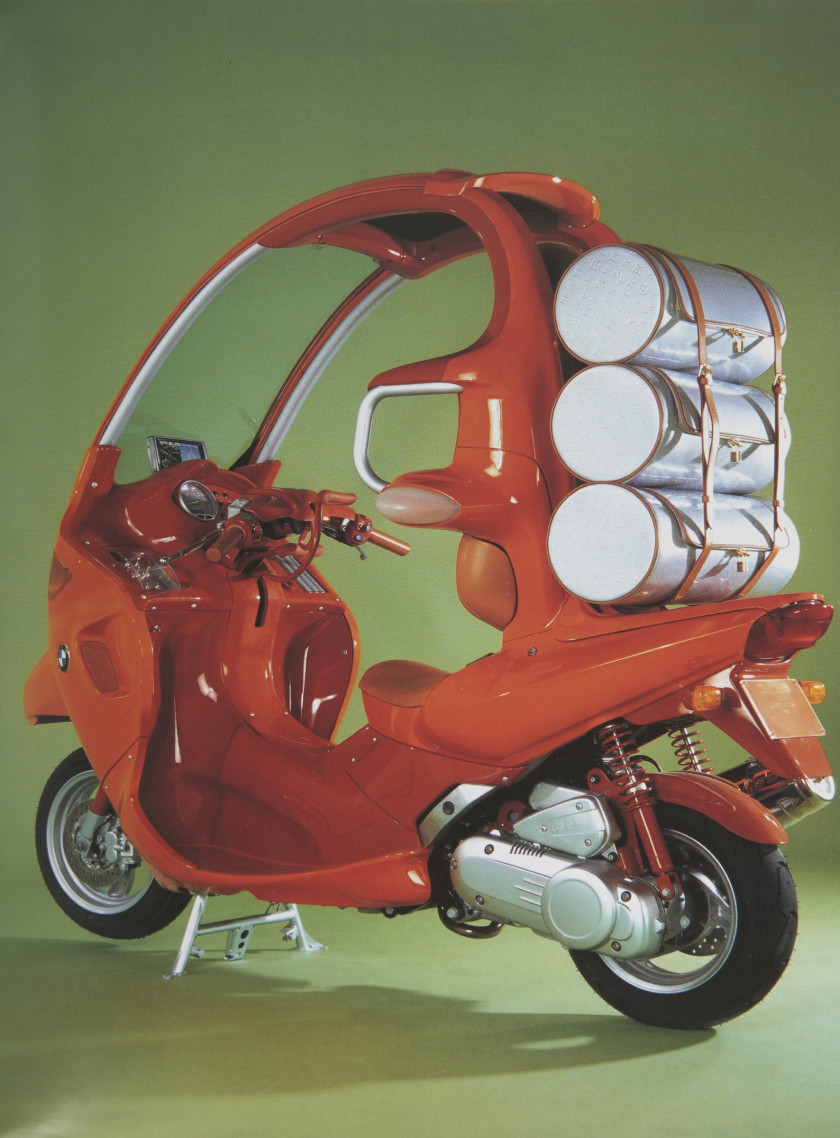 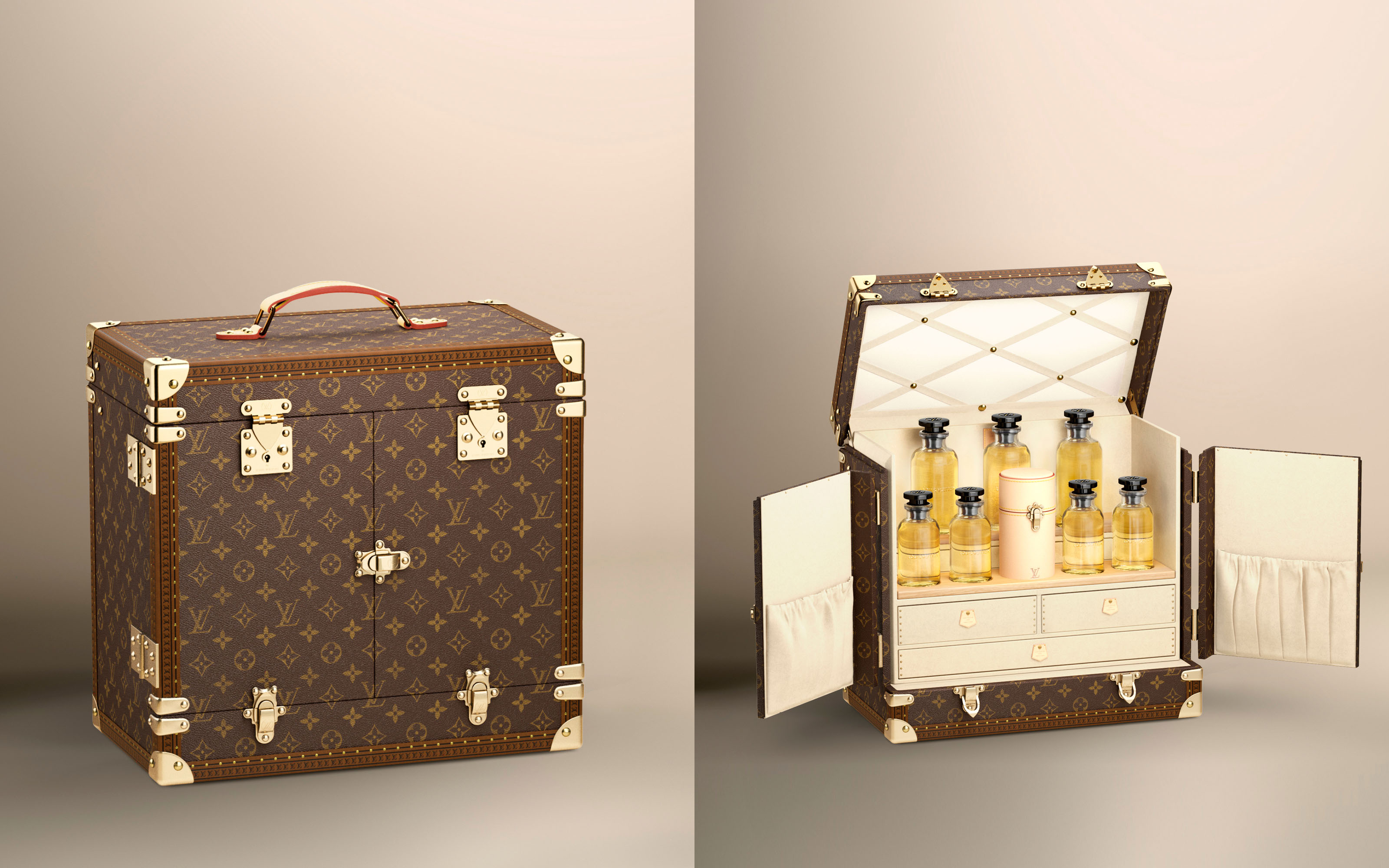 YOUR OWN LOUIS VUITTON FRAGRANCE