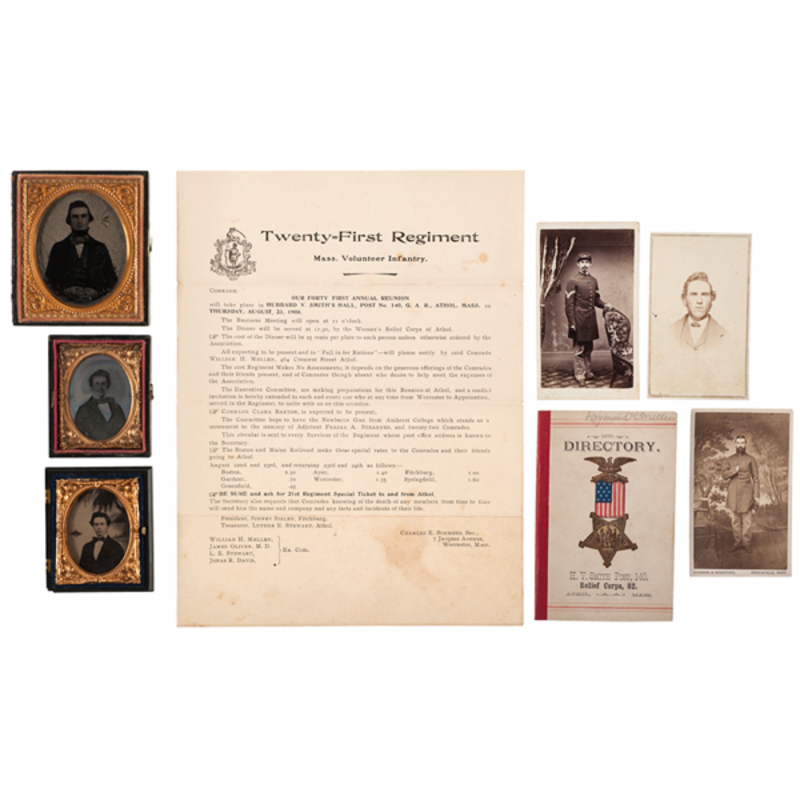 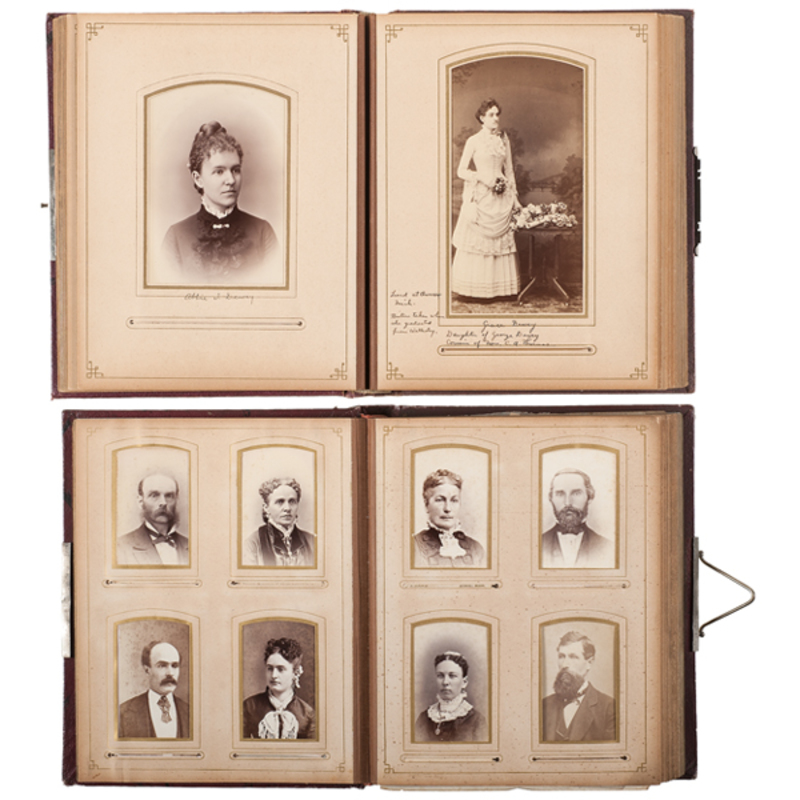 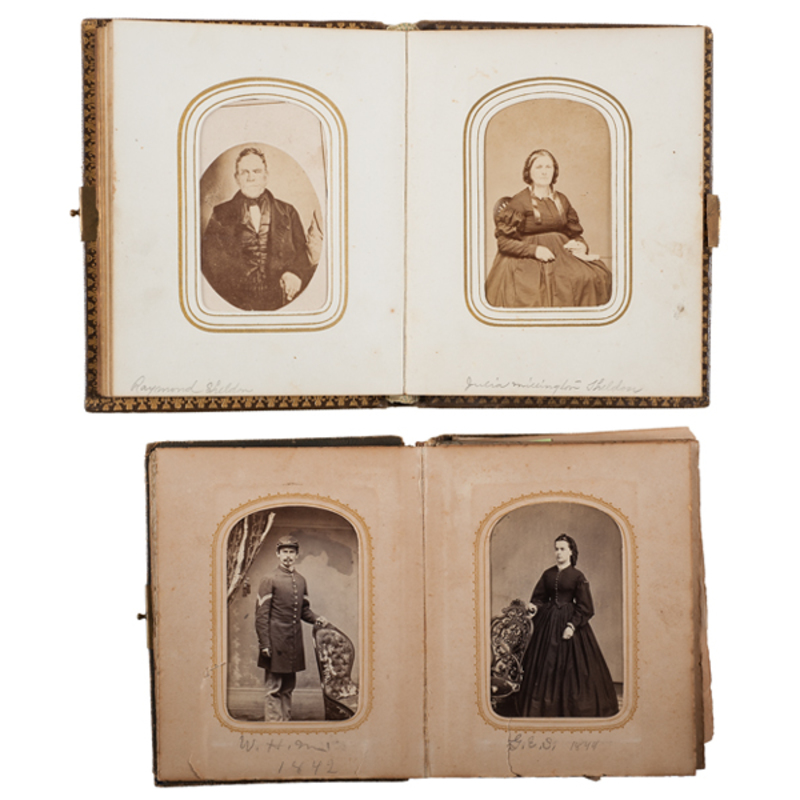 Lot of 150+ photographs relating to the Mellen family of Massachusetts, including eight cased images; approx. 140 CDVs and cabinet cards, the majority housed in four separate albums with many of the subjects identified; and five portraits, both tintypes and large format silver gelatin photographs with identifications inscribed on back. Highlights include: CDV of David D. Mellen in uniform, by Kingman & Bradford, Greenfield, MA, as well as a sixth plate ambrotype of the subject in civilian clothing. David D. Mellen was a member of the 52nd Mass. Vols. He enlisted as a private on September 11, 1862, and was mustered into Co. F the following month. Sadly, he was killed in action on June 24, 1863 at Port Hudson, LA. Two identical CDVs of Corporal William H. Mellen, one signed on verso, each with D. Smith, Athol Depot, Mass. backmark, and two pre-Civil War ninth plate ambrotypes of Mellen with period identifications inside the cases. William Mellen enlisted at 18 as a private and was mustered into Co. A of the 21st Mass. Infantry the same day. He was promoted to corporal on July 26, 1862 and transferred to Co. K, Veteran's Reserve on October 7, 1863. He mustered out the following May. Mellen survived the war and went on to become a very active member of the GAR. A copy of the H.V. Smith GAR directory featuring his portrait, with his "compliments," and position accompany the lot. Mellen was the commander of the post. Also included is an itinerary of the 41st Annual Reunion of the 21st Mass. CDV of William H. Henshaw of the 25th Mass. Volunteers in civilian attire, with penciled identification and J. Reed, Worcester, Mass. imprint on verso. Henshaw was a 30-year-old farmer when he enlisted as a private in the 25th Mass. in September of 1861. Within less than a year, he was discharged for disability at New Bern, NC on May 9, 1862. Additional hard images include: 3 ninth plate ambrotypes; half plate daguerreotype of three family members; sixth plate daguerreotype of a woman; 1 oval thermoplastic wall frame of what appears to be a mixed race child; "Mary Had a Little Lamb" quarter plate Union case; ninth plate geometric Union case housing what appears to be an African American or mixed race man. Condition: Typical folds in the GAR itinerary with toning on the page. Condition of the photos range from good to poor. The civilian ambrotype of David Mellen has some severe flaking of the lacquer. One of the small albums is in excellent condition; the binding of the other is completely separated.