NASH, John (1752-1835). The Royal Pavilion at Brighton. [London: 1826 or 1827.] Large broadsheets (508 x 390mm). Engraved title and list of plates, 31 AQUATINT PLATES, PRINTED IN COLOUR AND FINISHED BY HAND, on 28 leaves, including large folding plate, all mounted on card bordered with gold inside a double ink-ruled frame, with printed title slips on mount versos, and 29 uncoloured etched plates on 26 leaves, printed in outline and mostly marked "proof", after A. Pugin and others, mounted on guards throughout. (Some spotting and discoloration to the card mounts and the uncoloured outlines, also marginal spotting of "groundplan" plate.) Contemporary red morocco, covers with decorative border ruled and tooled in gilt and blind, the spine in six compartments with raised bands, olive leather lettering-pieces onlaid in two, the others bordered with broad and narrow gilt rules, similar decoration in gilt and blind on turn-ins, pale blue watered silk liners and doublures, g.e., for Colnaghi of Cockspur Street (corners a little bumped). FIRST ISSUE OF THIS LAVISH RECORD OF THE BRIGHTON PAVILION. Varying dates of publication are listed: Abbey, Tooley and the Berlin Katalog give 1826, whilst the British Library catalogue, and Summerson's work on Nash give 1827. Brunet gives a variant title and plate count also, as well as a date of 1828. In this copy, as in most copies, the plates actually present do not tally with those listed in the table. The table calls for a duplicate outline for one of the two plates making up number 27, "Stables towards Church Street", but this is not present in either Abbey or Tooley, or in other copies sold at auction. Similarly, like the Abbey copy, we have an outline for plate 7, which is not required either by Tooley or the list of plates. The present copy does not, however, contain a duplicate outline for plate 17: this is required by Abbey, but is not called for either by Tooley or the list of plates. The etched outlines are by Thomas Kearnan J. Tingle, Henry Le Keux, J. Cleghorn, H. Winkles and others after Augustus Pugin, Charles Moore John Willis C. Fielding and J. Stephanoff. Nash was largely responsible for adapting Henry Holland's 'Marine Pavilion' at Brighton for the Prince of Wales. Nikolaus Pevsner ( The Buildings of England , Harmondsworth, 1951-74) notes that Nash "kept the shape of Holland's building entirely and only threw his fancy dress over it, and he added as outer pavilions larger rooms than any so far". In 1820, by which time the re-named 'Royal Pavilion' was inhabitable, although not entirely completed, George IV (as he now was) commissioned Nash to publish a deluxe guide to the palace, intended as a souvenir to be given to illustrious guests. (This perhaps explains why Brunet claims that only 250 copies were printed.) Nash asked his pupil, Augustus Pugin, to do the illustrations for the book, which took the form of aquatints printed in colour and finished by hand, in order to resemble the original drawings as closely as possible, and uncoloured outline etchings, some of which were printed on Japan paper. These plates were issued without Nash's planned text, in either 1826 or 1827, as in the present copy. The original drawings were said to have cost (1100 (Lowndes). After Nash's death in 1835, the London publishers J. B. Nichols and Son acquired the plates and were commissioned to print Edward Wedlake Brayley's "Careful Survey of the Palace", which they published in 1836. In 1838 they combined Brayley's text with the reprinted uncoloured outline etchings, and re-published the work as Illustrations of Her Majesty's Palace at Brighton , dedicated to Queen Victoria. The coloured aquatints, again finished by hand and mounted on card, were sold separately, "to be bound with the Work at the option of the purchaser". Abbey describes some variants in the uncoloured plates of the second issue. Abbey Scenery 62; Tooley 338; Lowndes II, 1651; cf. Fischer, New Berlin Kat., 1977, vol. I ( Bau

NASH. THE ROYAL PAVILION AT BRIGHTON, [1 Ark: The Journal of the Royal College of 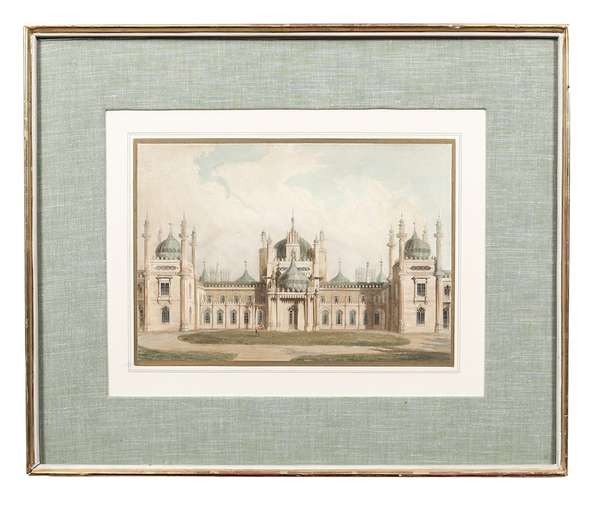 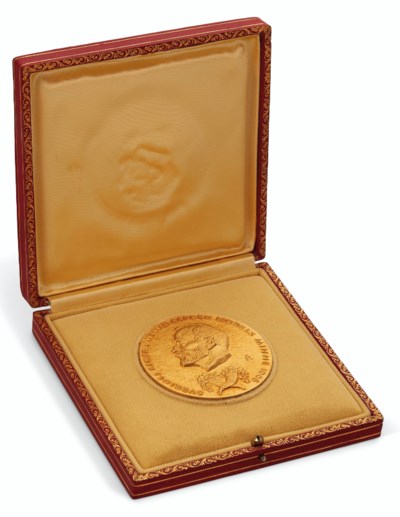