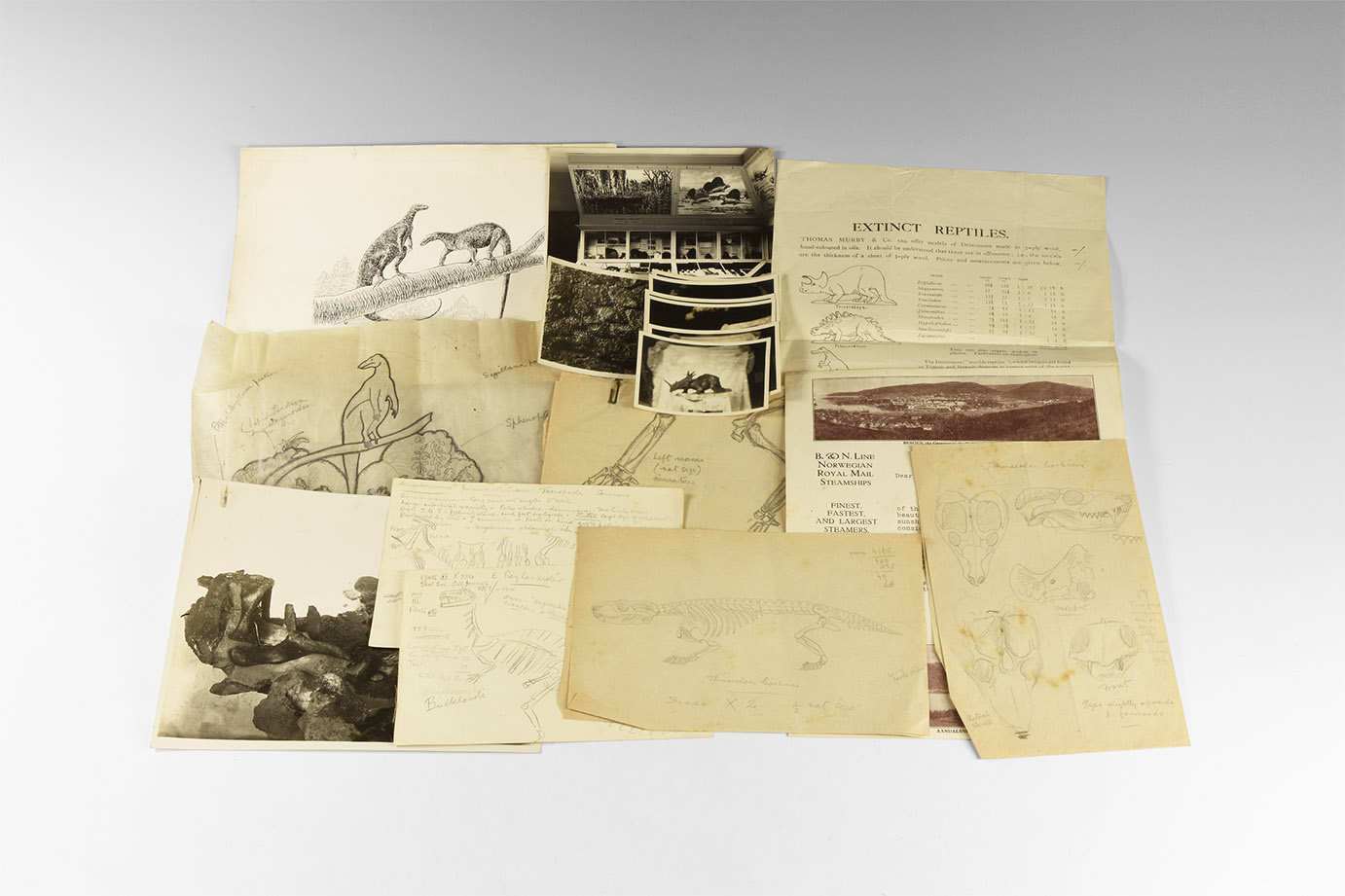 NATURAL HISTORY - DINOSAUR SKETCH AND PHOTOGRAPH GROUP BY VERNON EDWARDS 1925 A mixed group of documents relating to the work of Vernon Edwards comprising: a skeletal sketch on the reverse of a Norwegian Royal Mail Steamships flyer of May 1925; a pen and ink sketch on gloss photographic paper; monochrome photograph with inked notation to the reverse "Detail of some of the skin armour of the tail. Photo. No.1"; monochrome photograph of a museum display case with artwork above; monochrome photograph with inked notation to the reverse "Top as mounted in Gallery. View of head end showing left arm (humerus radius and ulna) in natural position = 1/6 nat.size."; fifteen pencil sketches on paper with anatomical notations; a sales flyer issued by Thomas Murby & Co. titled 'Extinct Reptiles' detailing the range of models wooden silhouette models; a card with pencil calculations relating to the Hypsilophodon; a tracing paper sketch of Hypsilophodon on a branch with notations; six monochrome workshop photographs showing various model dinosaurs with a white backdrop held up by an assistant, and their negatives. 76 grams total, flyer: 20 x 25.5cm (8 x 10"). [36, No Reserve] Condition Fine condition. Provenance From the historic collection of Gregory, Bottley & Lloyd; acquired by Percy Bottley of Gregory, Bottley & Co. in the 1930s; formerly from a historic natural history art collection, the artistic work of Palaeontologist, Commander Vernon Edwards. Literature See Swinton, Dr William Elgin, Monsters of Primeval Days, London, 1931; see also, same author, The Dinosaurs - A Short History of a Great Group of Extinct Reptiles, London, 1934, wherein many of the drawings, models and dioramas created by Edwards are published, described and illustrated (the author at the Natural History Museum, London, 1924-1961, later Director of Life Sciences, Royal Ontario Museum, Canada, died 1994). Footnotes Vernon Edwards is credited as being one of the most talented and influential dinosaur model makers of the 20th century. His work has appeared in museums and galleries around the world; it was a major influence on movie producers and early special effects creators, particularly when films such as ​ ​The Lost World​ ​ and ​ ​King Kong​ ​ began to showcase dinosaurs as part of the increasingly popular ‘monster movies’ of the 1920​'​s and 30​'​s. Edwards was born in 1891 into a naval family and attended Weymouth College. In 1914 he joined the navy and served throughout World War One; after the war he found it difficult to adjust to civilian life and, among other professions, tried his hand at farming. His greatest passion was model making, being self taught in art and anatomy, and it was whilst staying with family in Sussex in the early 1920​'​s that he met Dr F.A. Bather, Keeper of Geology at the British Museum. Dr. Bather was impressed by the detailed and accurate models that Edwards was producing and asked him to produce a series of prehistoric models for the British Museum (Natural History), now known as the Natural History Museum. Vernon Edwards was given access to the museum's collections and scientific monographs, so the models he produced were up to 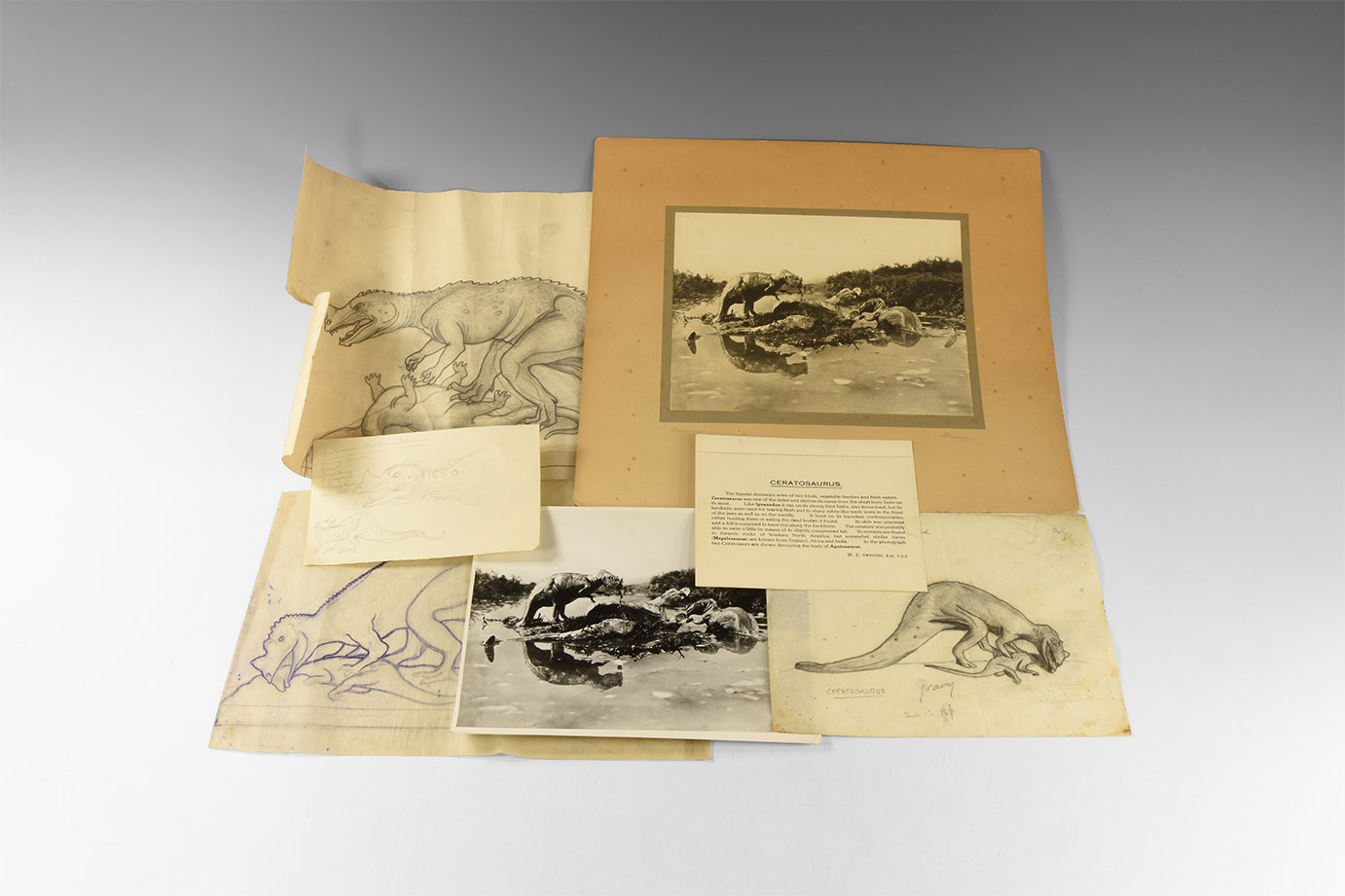 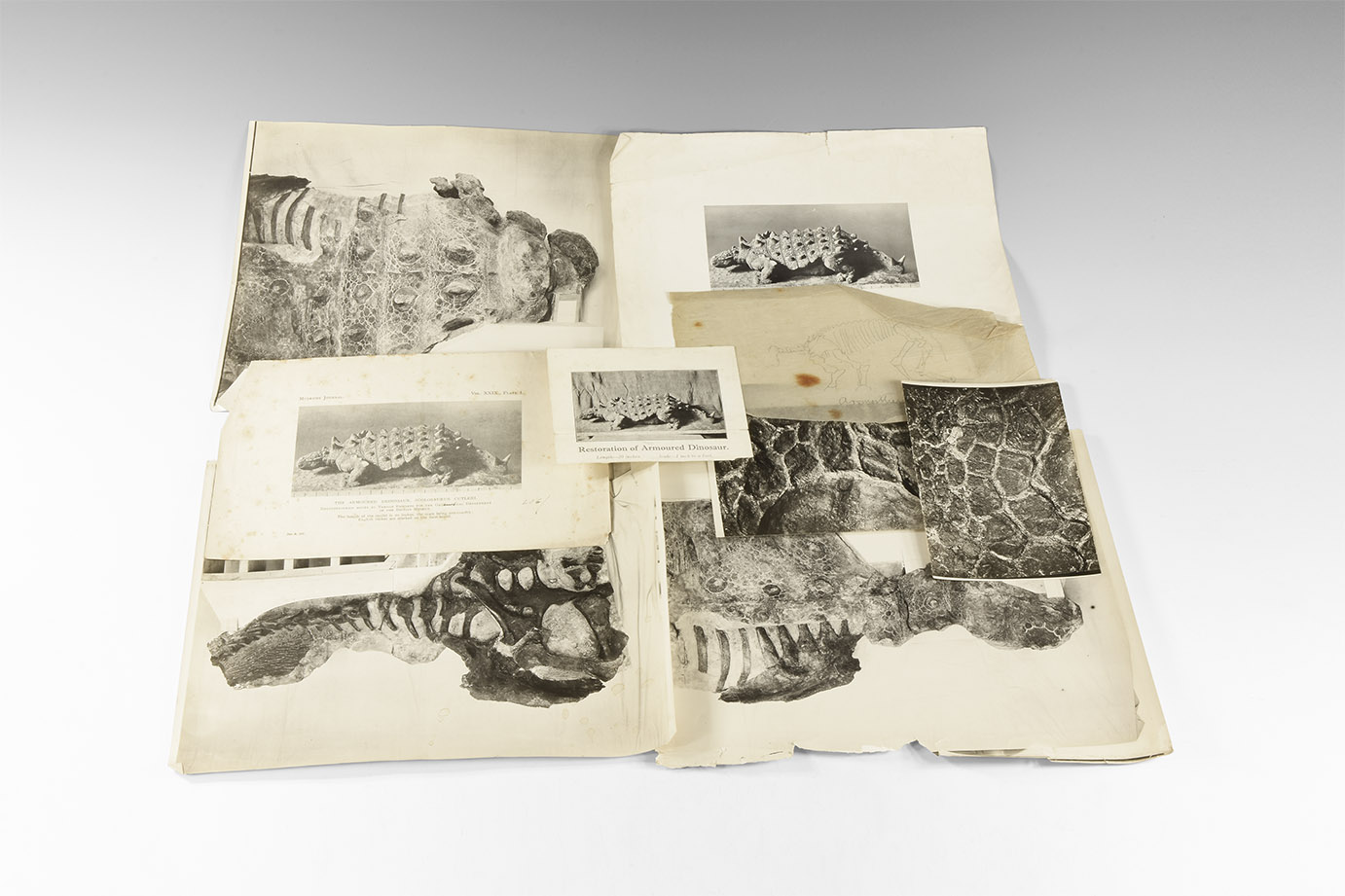 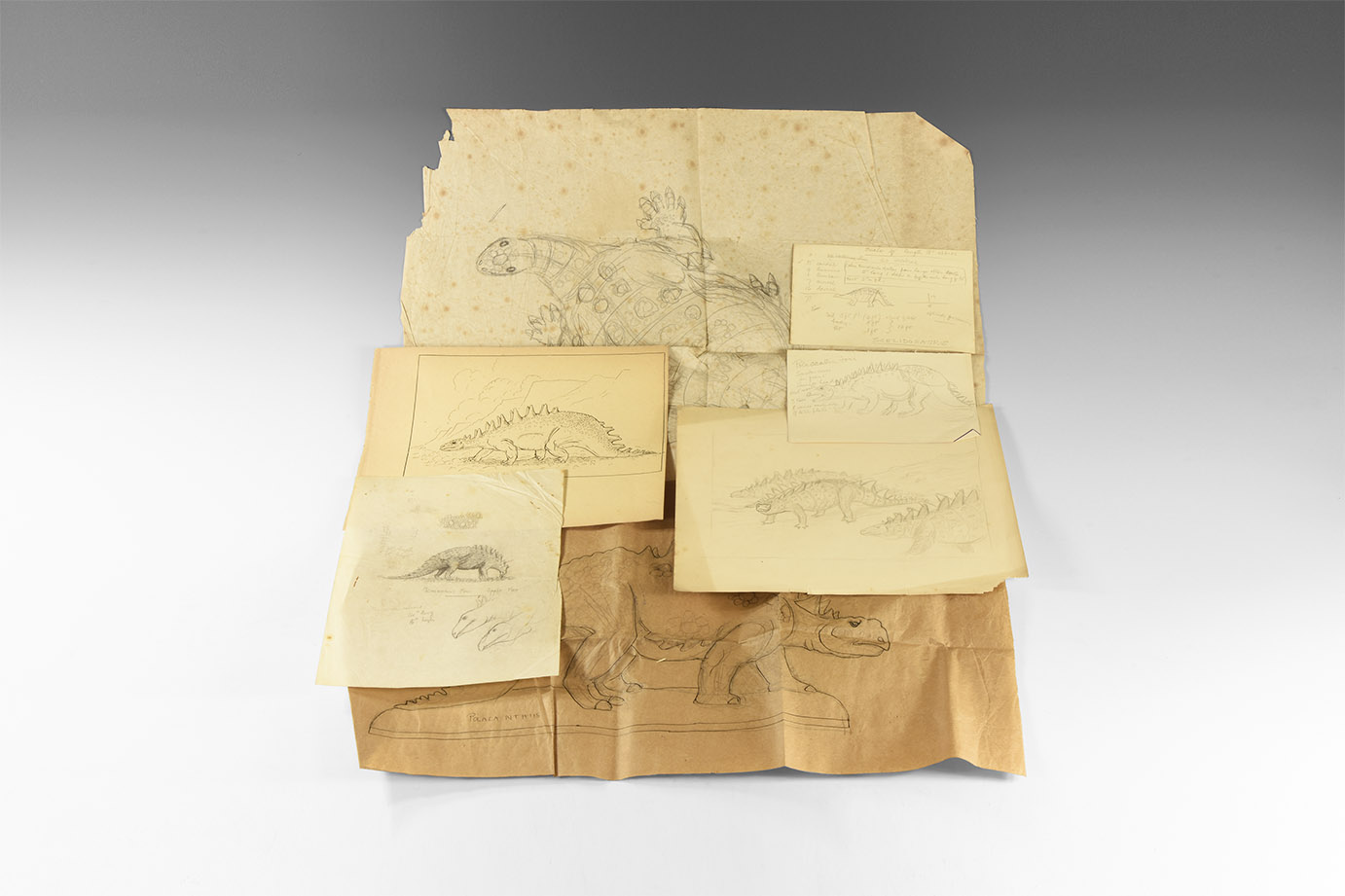 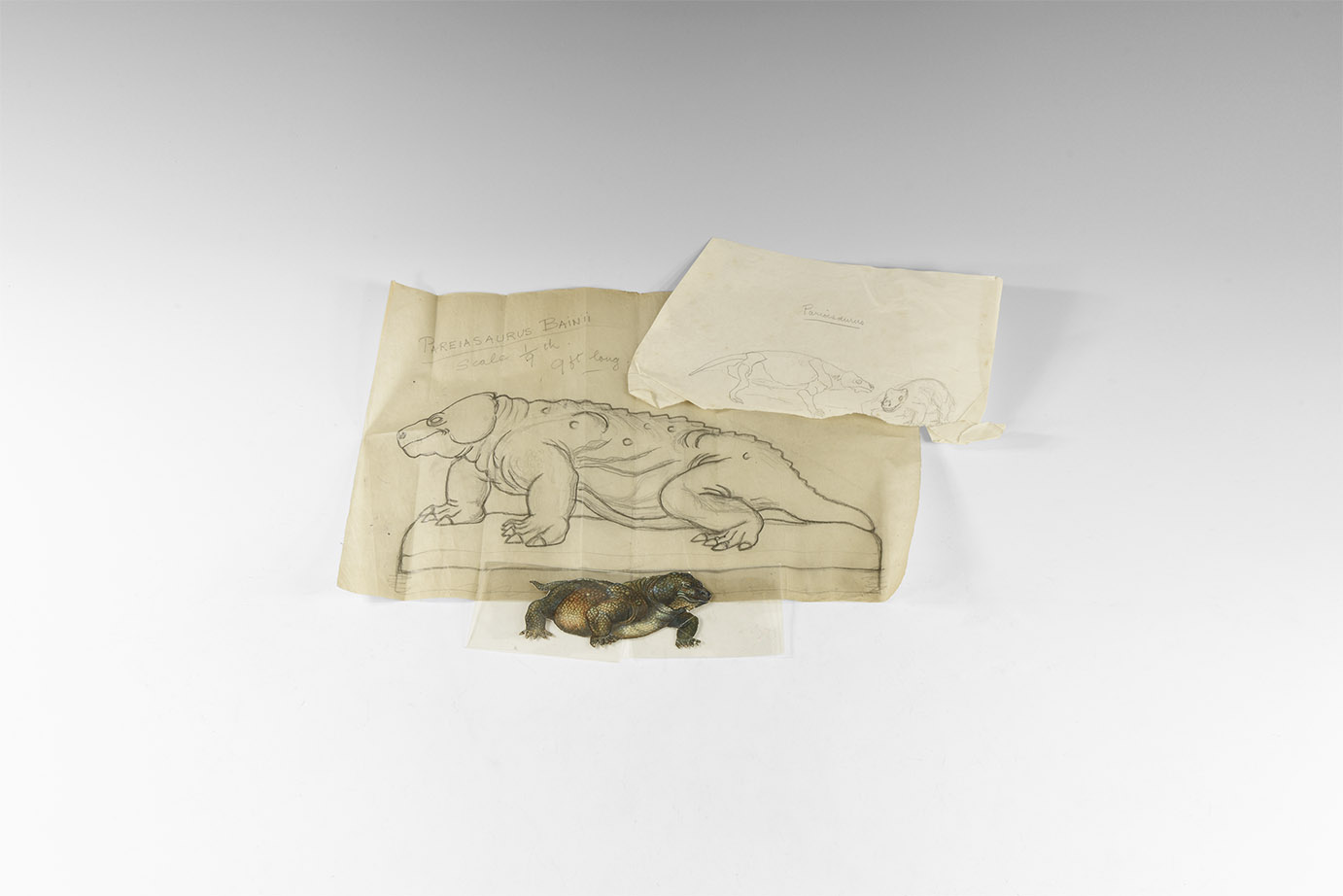 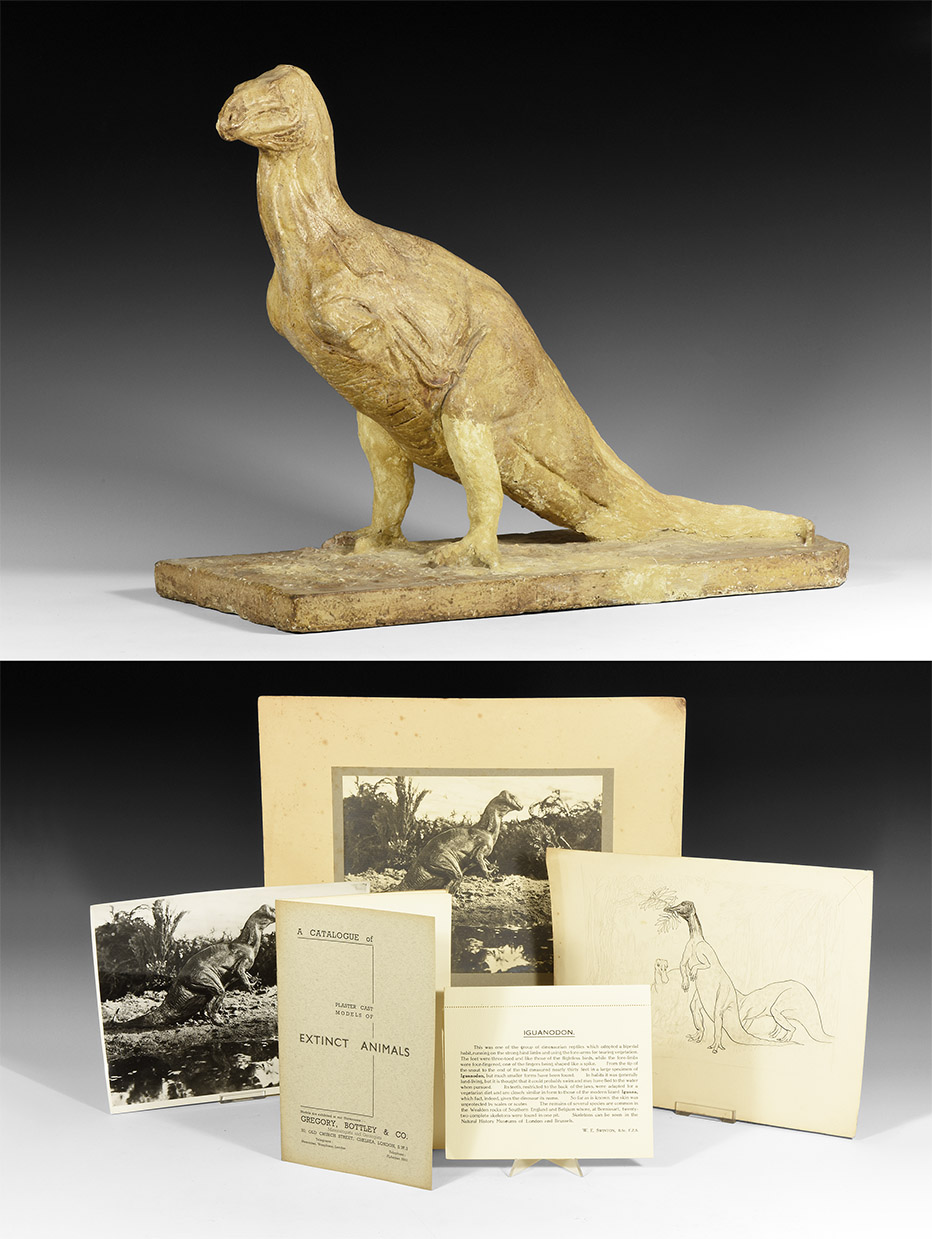 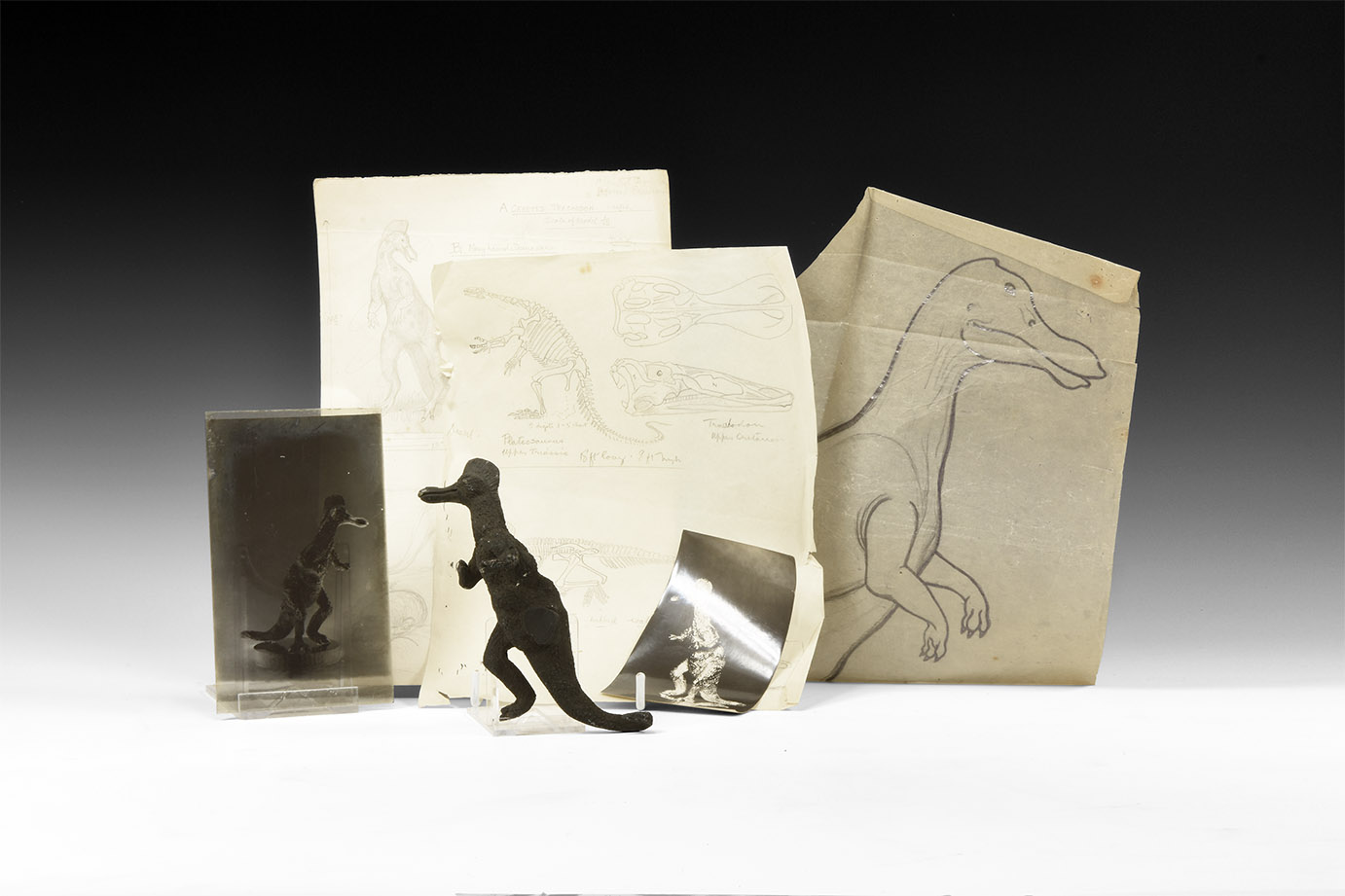 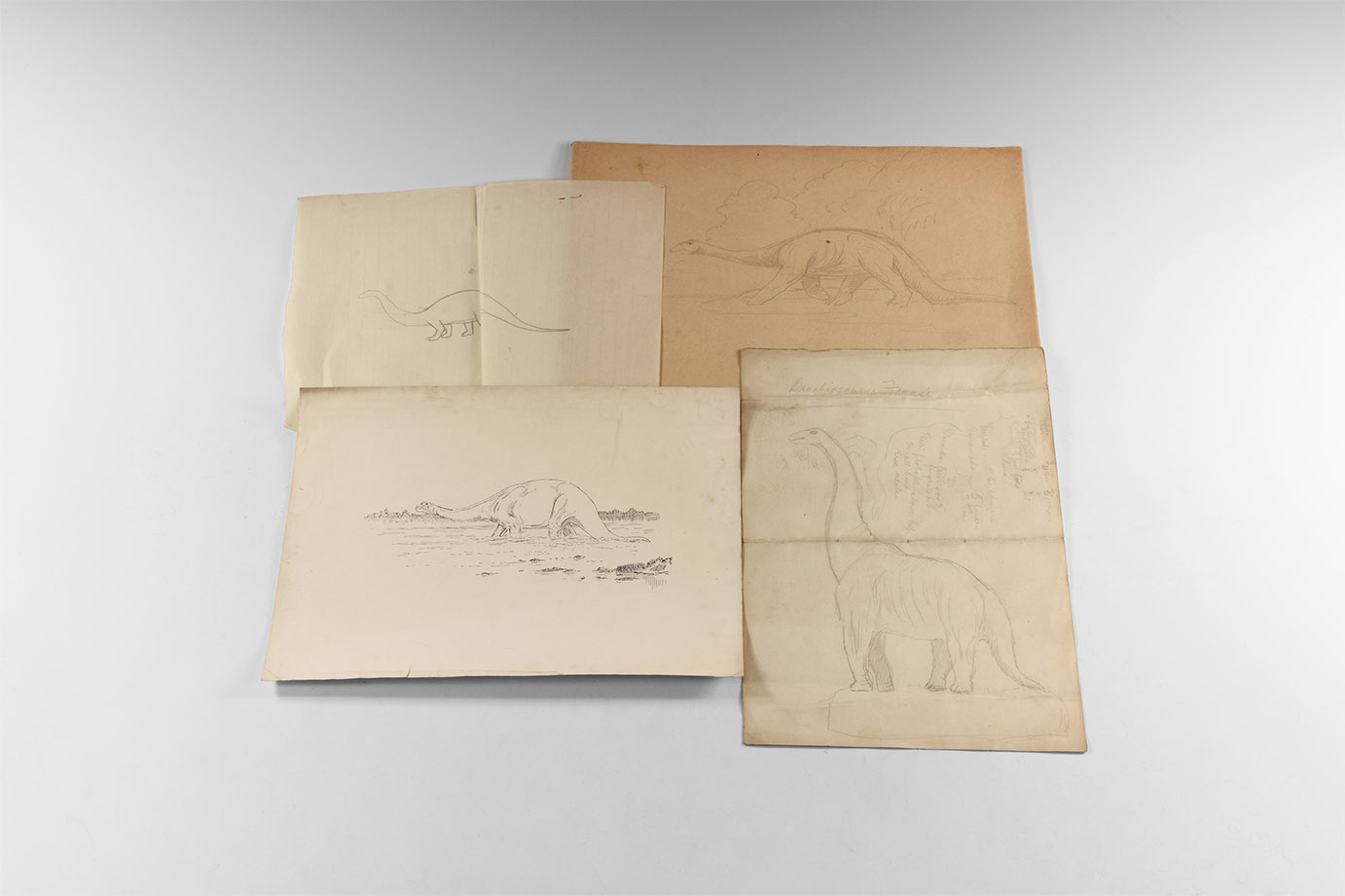 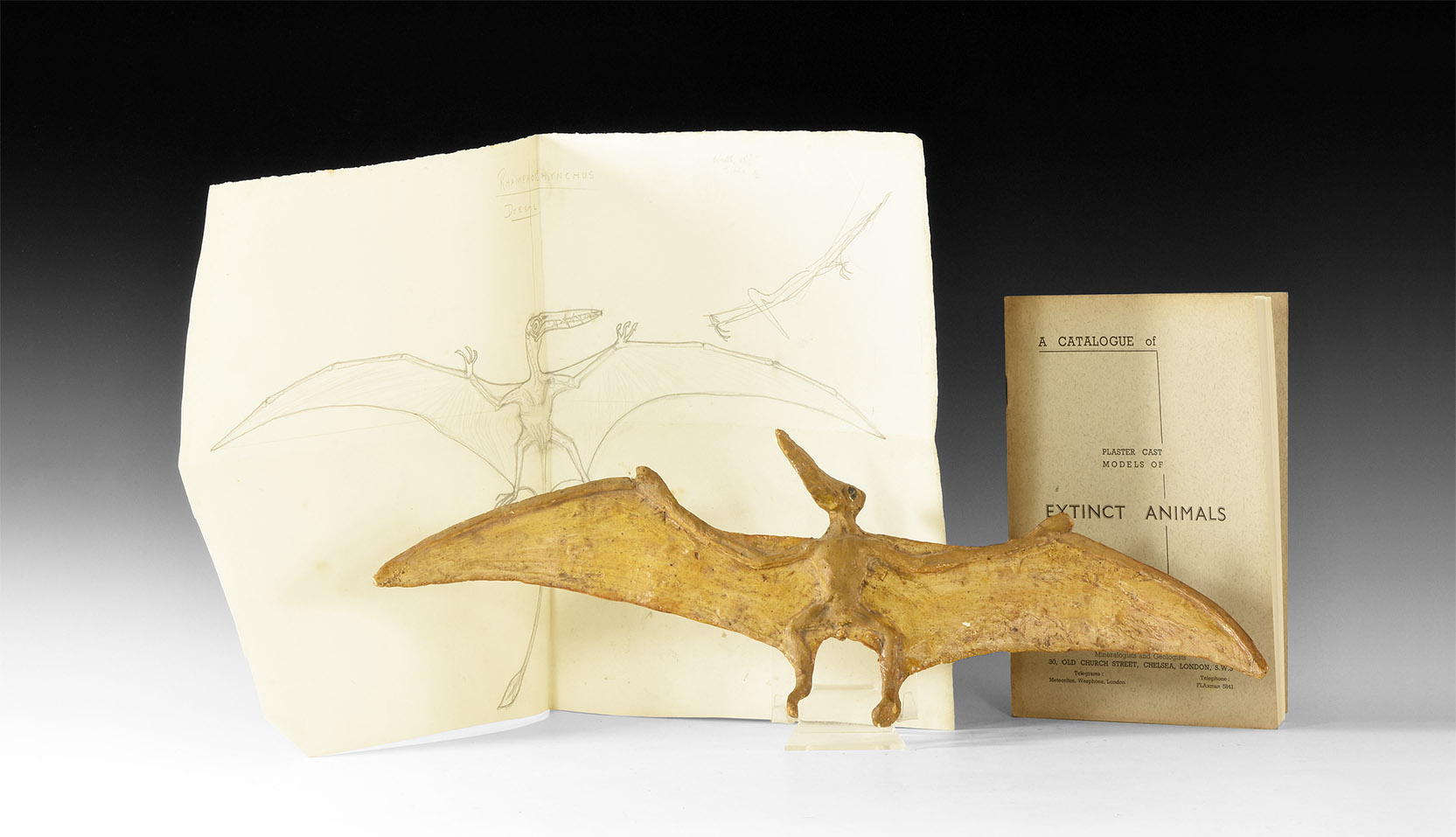 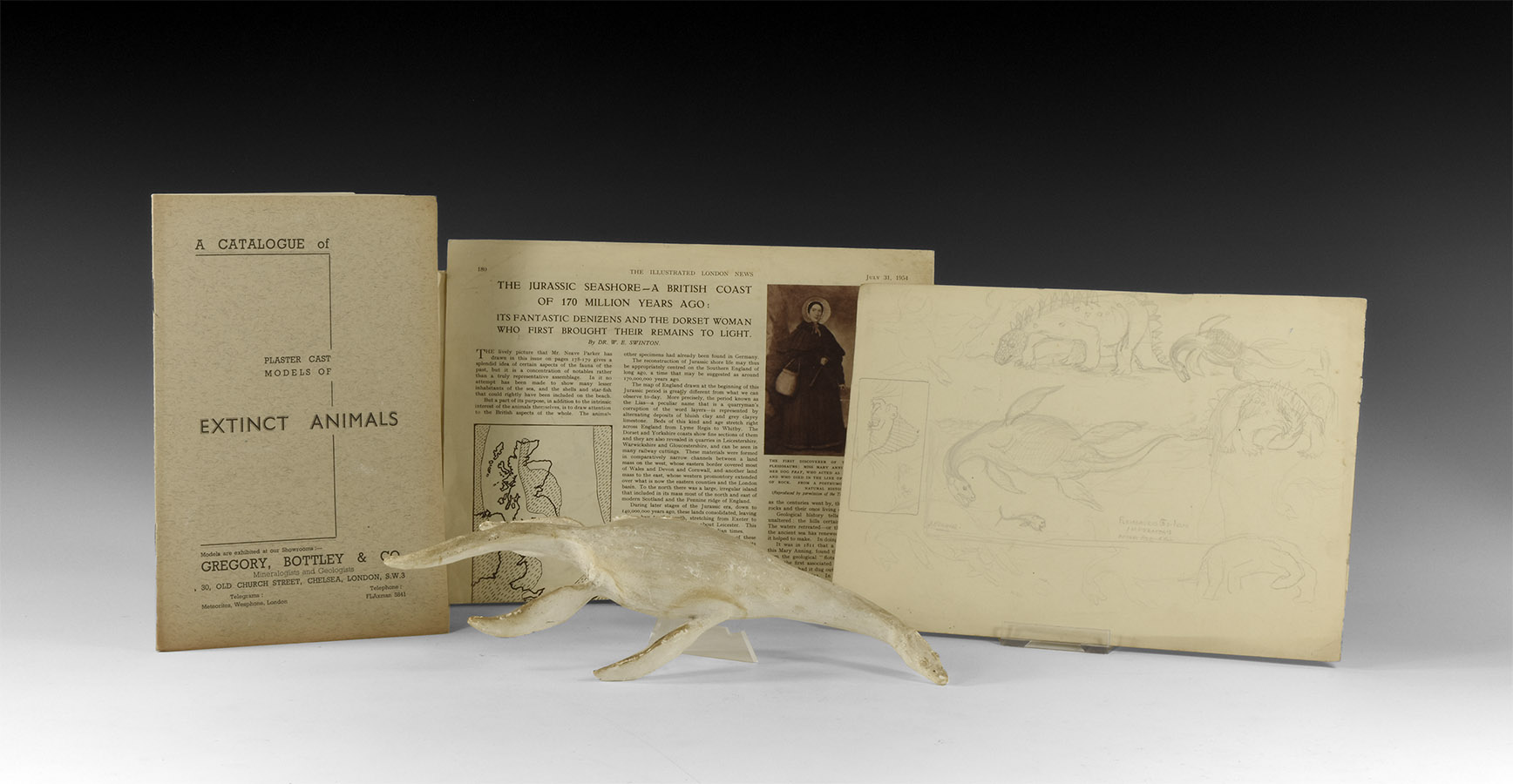 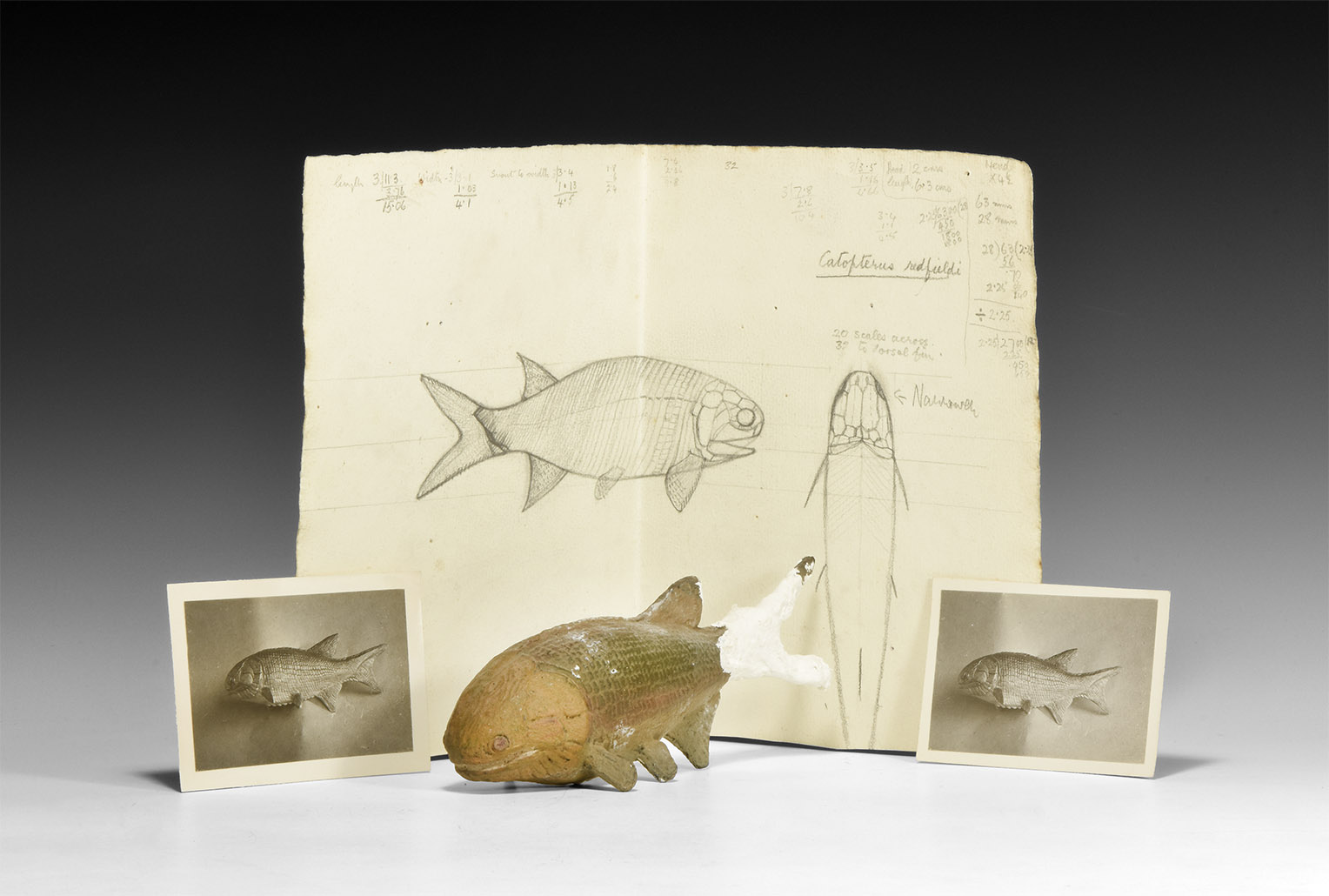 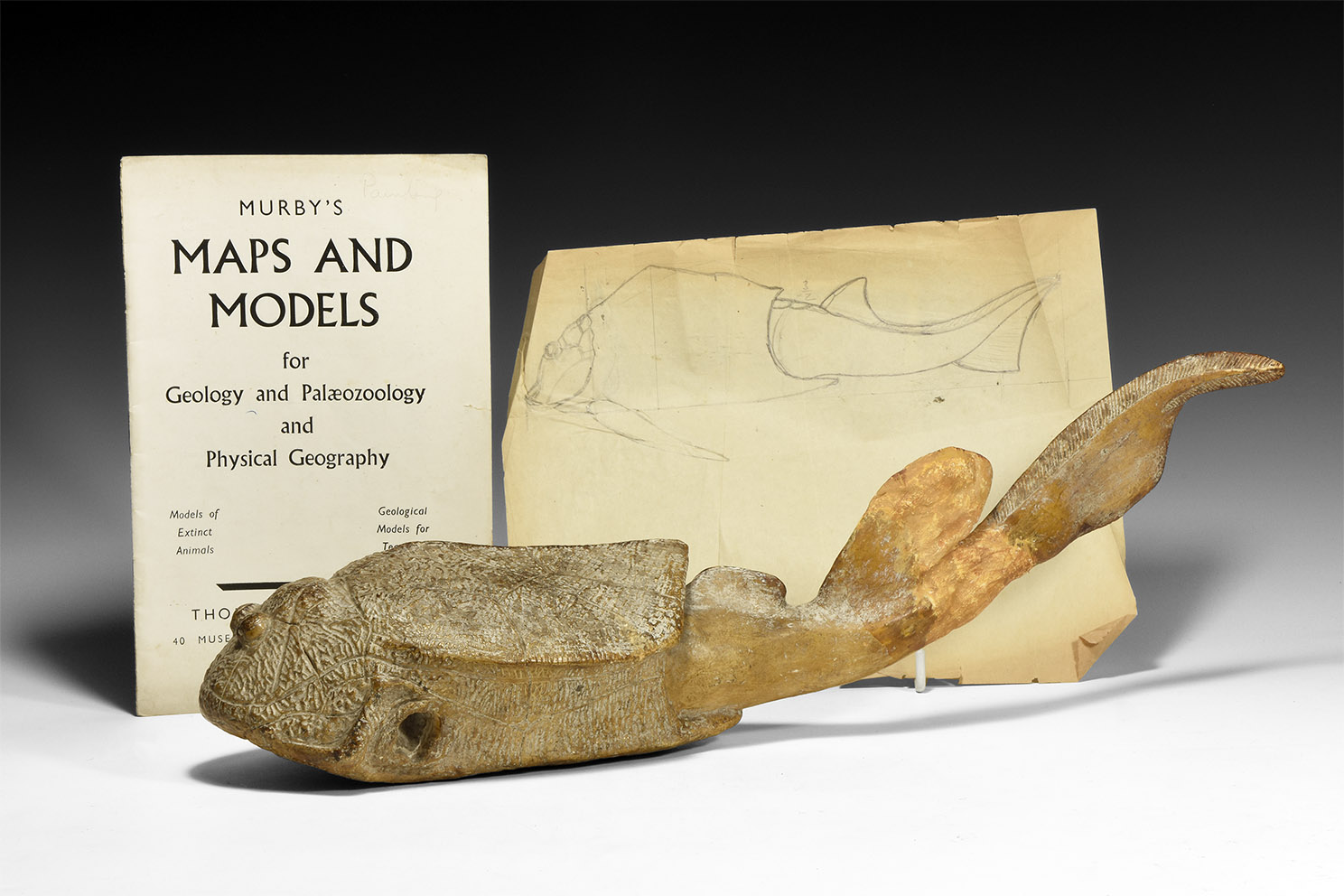 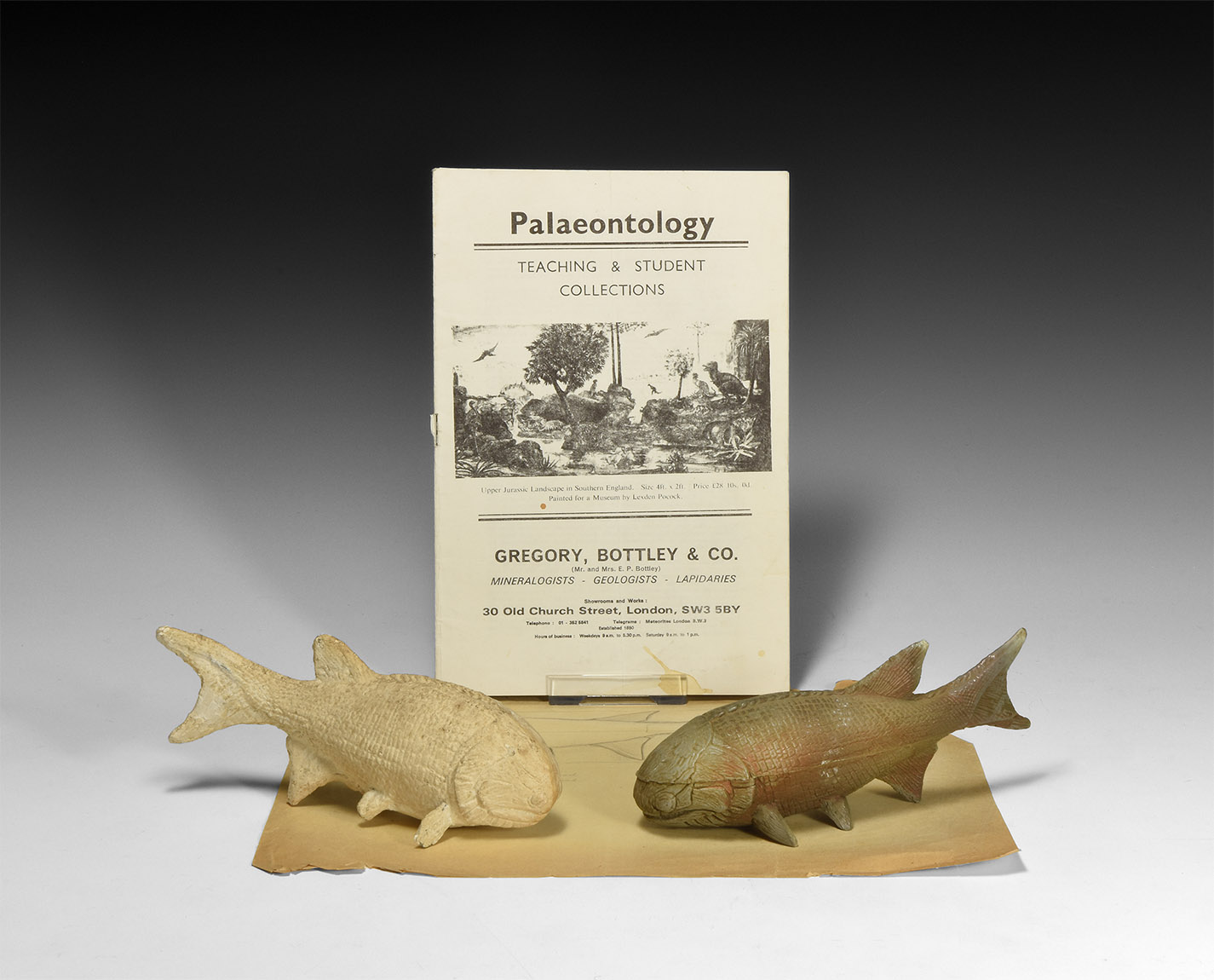 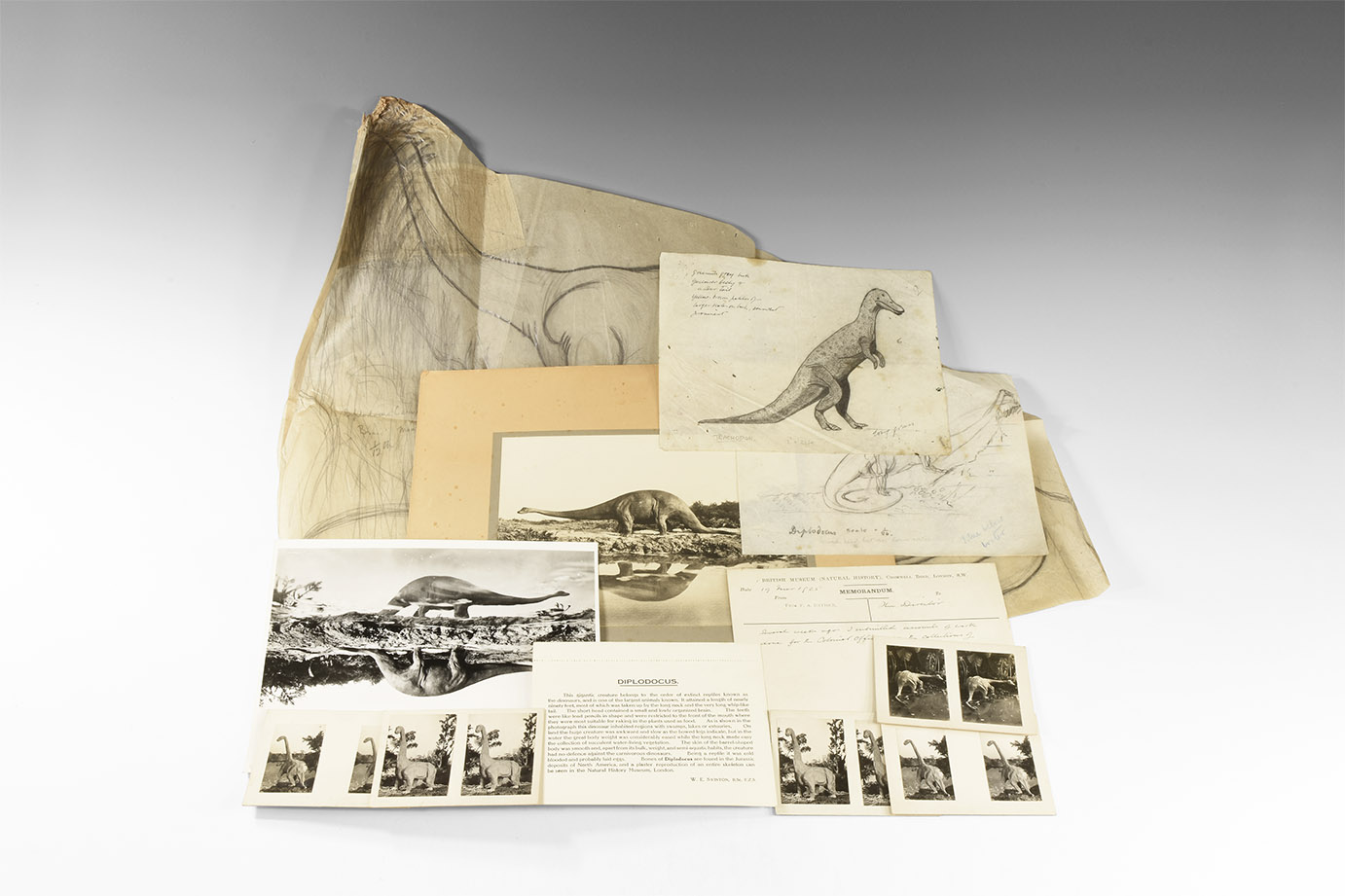 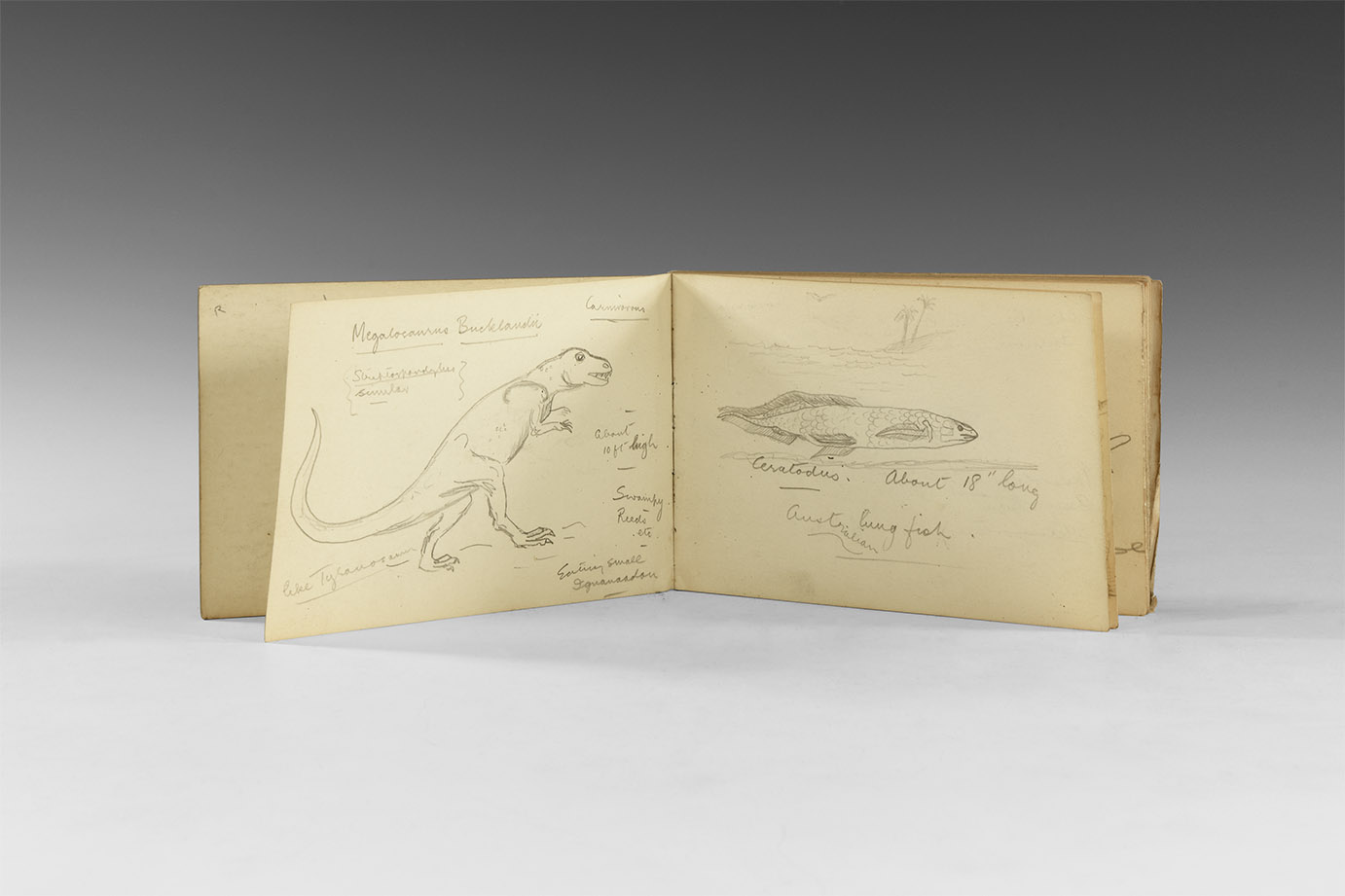 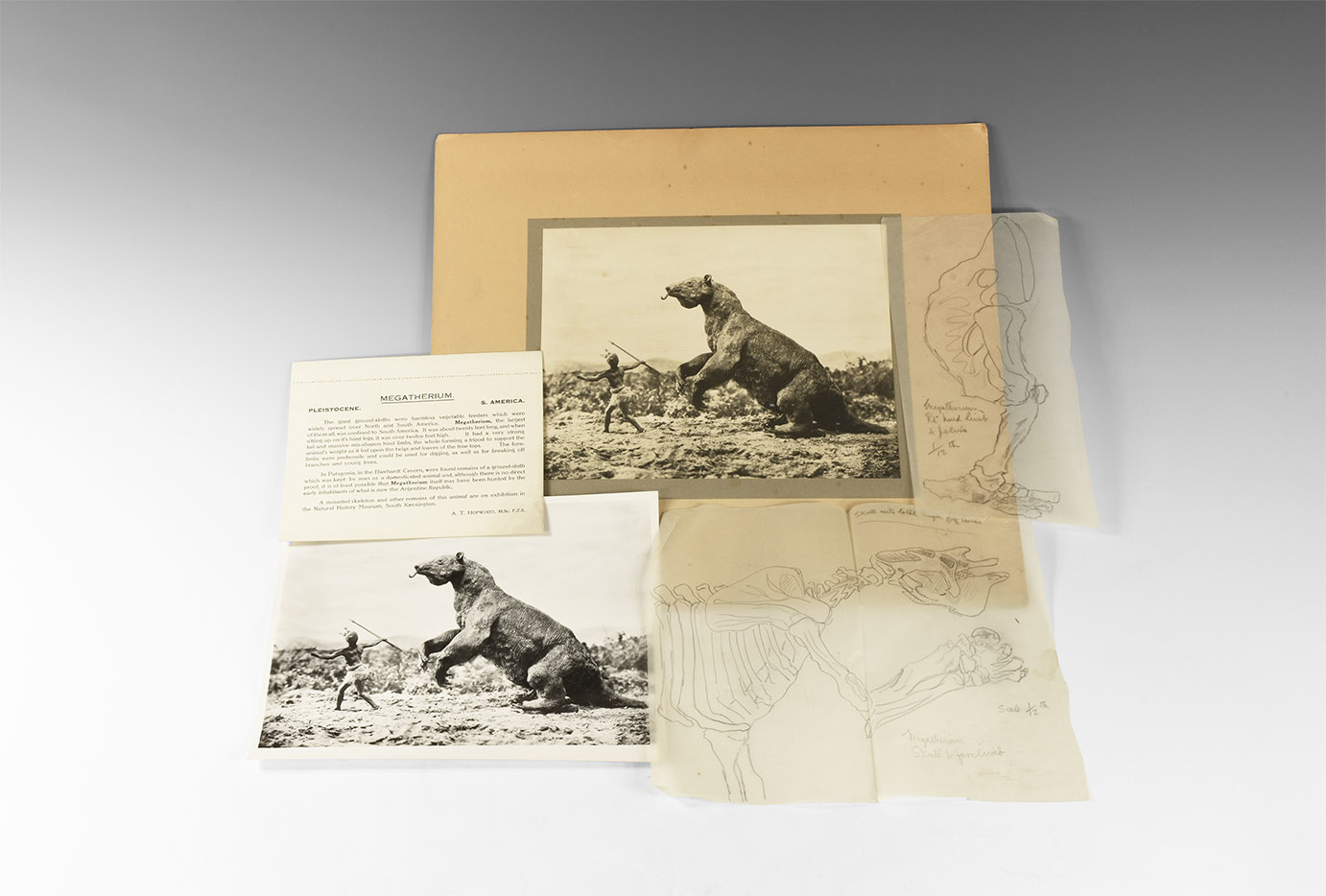