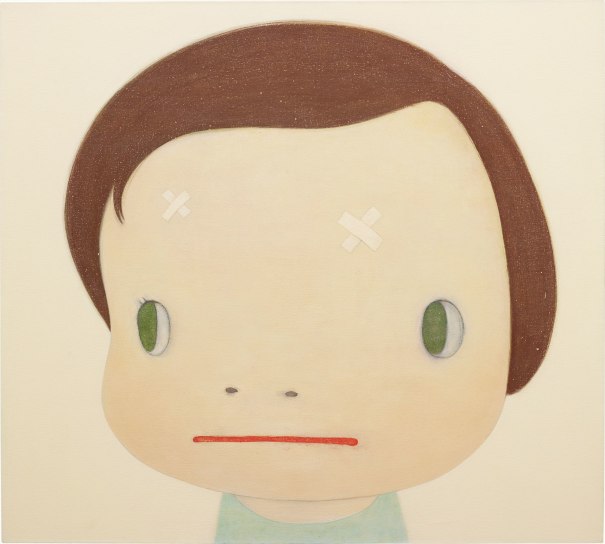 PROPERTY FROM A PRIVATE COLLECTION, MINNESOTA Yoshitomo Nara Itchy and Scratchy 2000 acrylic on canvas 35 3/8 x 39 1/4 in. (89.9 x 99.7 cm) Initialed, titled and dated "Itchy and Scratchy Y.N. 2000" on the reverse.
Provenance Red Dot Gallery, New York Exhibited Santa Monica, Santa Monica Museum of Art, Lullaby Supermarket, March 24 - May 20, 2000 Beijing, Pace Beijing, Encounters, August 3 - September 21, 2008 Literature Yoshitomo Nara Lullaby Supermarket, exh. cat., Modern Kunst Nurnberg, Nurnberg, Michael Zink Gallery, Munich, Tokyo: Kodokawa-Shoten, 2002, pp. 165, 199 (illustrated) N. Miyamura and S. Suzuki, ed., Yoshitomo Nara The Complete Works, San Francisco: Chronicle Books, 2011, cat. no. P-2000-012., p. 167 (illustrated) Catalogue Essay “I think I trained my imagination through the picture books and records, without knowing I was doing so.” Yoshitomo Nara 2013 Yoshimoto Nara has always been quick to affirm or rebut the assumptions of the public concerning his work. For example, in the present lot, 2000’s Itchy & Scratchy, the sublime innocence and wide features of our subject looks as though it owes its stylistic makeup to the Japanese tradition of Manga and Anime—Japan’s homegrown animation style of severely lined, wide-eyed characters. Yet Nara is a far more international artist than he may let on in his paintings alone—he has emphasized his enthusiasm for a wide array of art and music from both Japan and the United States. Here, we find Nara subtly drawing upon another one of America’s recognizable cultural exports, the most popular animated program of all time, The Simpsons. In it’s mischievous violence yet comic optimism, Itchy & Scratchy, 2000, finds a conceptual partner in The Simpsons, as Nara brilliantly demonstrates his ability to connect dissonant cultures. This dichotomous thematic vocabulary finds a marvelous marriage in the notoriously violent cat and mouse featurette often seen on the Simpson family’s television set. The “Itchy & Scratchy” segment is unambiguous in its cartoonish aggression, often showing the two protagonists discovering new ways to tear each other apart, literally. Far more than either Japanese Manga or Anime, we see the influence of American stylized cruelty in Itchy & Scratchy, 2000. Initially, the soft colors and delicate palette of Nara lull us into a state of transfixion, our concentration solely attentive to the childlike hues and quiet chromatic scheme of his figure. Upon his canvas, Nara presents us with the androgynous face of a child, a baby blue collar softly cradling the adorably oversized head above. The child’s rosy cheeks, redlined mouth, and compact nose seem to hint at an afternoon spent in the snow, enjoying a wholesome time amongst his young peers. Upon his crown, a tuft of silky auburn hair sits, a single piece at the left charmingly tossed out of place. But we would be remiss to only pay attention to the alluring cuteness of Nara’s palette, for, upon his child’s broad forehead, sit two x-shaped bandages, clearly a consequence of a bit of more violent play, or perhaps even aggression. Furthermore, as if to signal his residual guilt, the child’s eyes are cast askew, unwilling to make contact with the observer’s as a byproduct of his shame. These bandages, the guilty mug, and, of course, Nara’s title, clue us in to the mischief that the child has engaged in most willingly, in pursuit of exploring the world both physically and emotionally to a never-ending degree. This triumphant cross-cultural experiment is more than just international—it is universal. Though we may find Nara to be distinctly Japanese in his figures, his children all bear the signs of the common struggle towards adulthood. Itchy & Scratchy, 2000 finds its protagonist bearing these wounds quite literally, but, in the end, the child emerges in far better condition than the characters of his namesake. He has made his own mischief, just as Nara continually makes his: “Nara works alone in his studio, usually late at night, with punk rock screaming from speakers. He chain-smokes as he concentrates on channeling all of his past ghosts and present emotions into the deceptively simple face of his current subject. Each 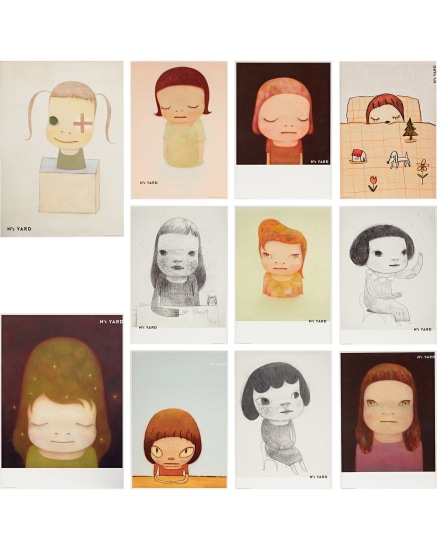 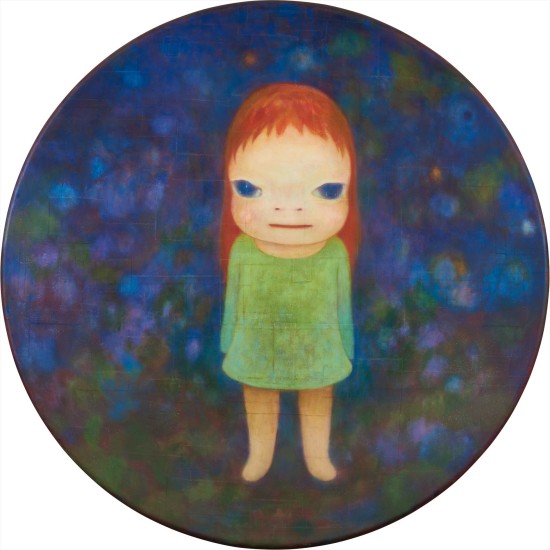 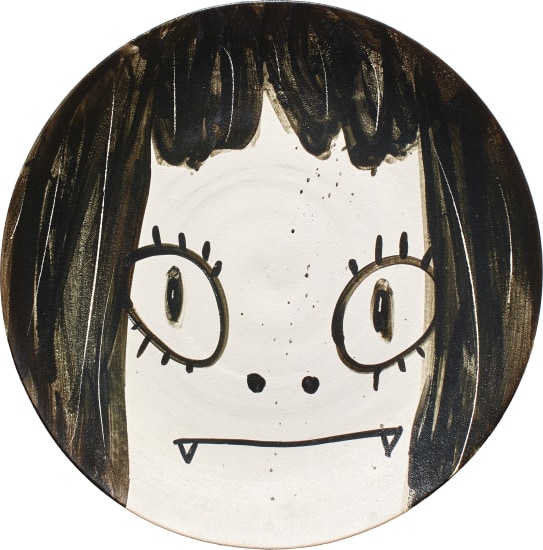 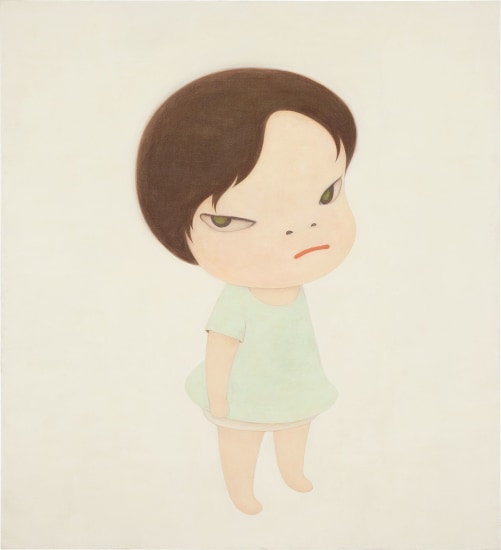 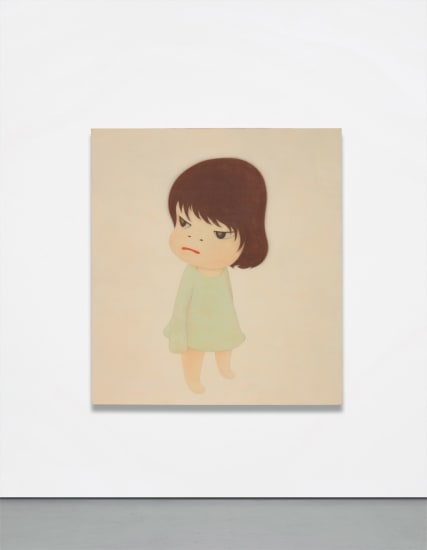 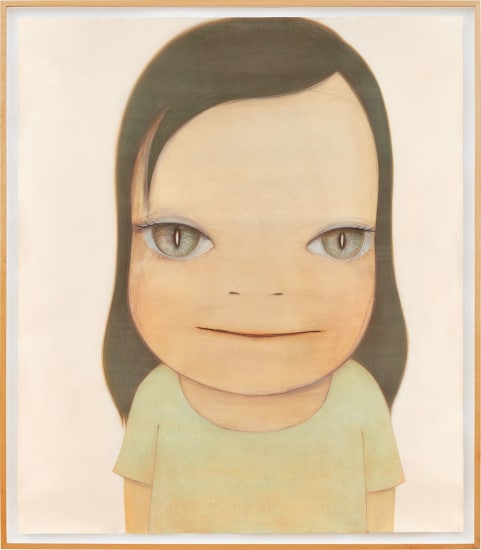 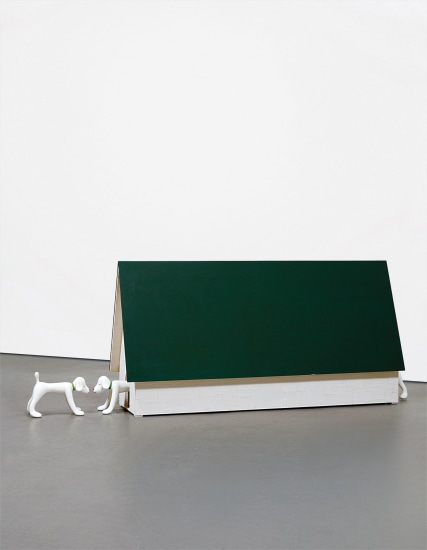 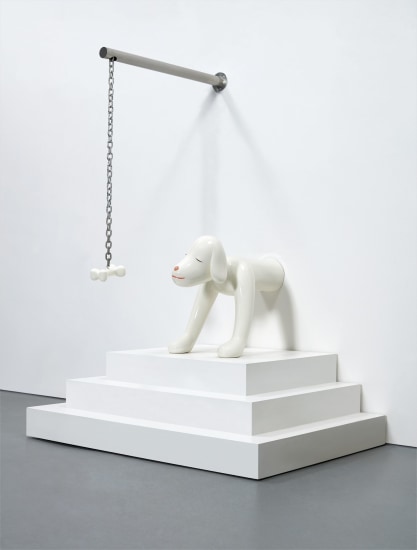 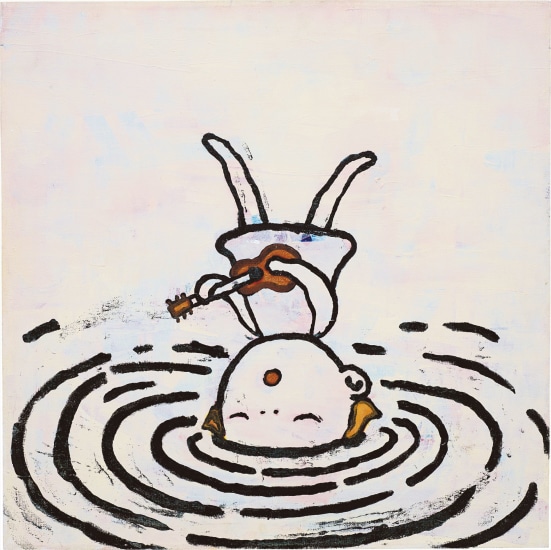 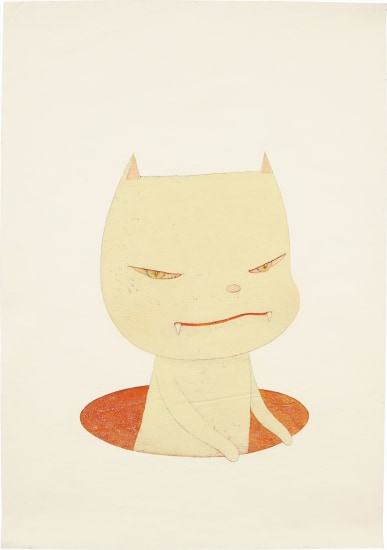 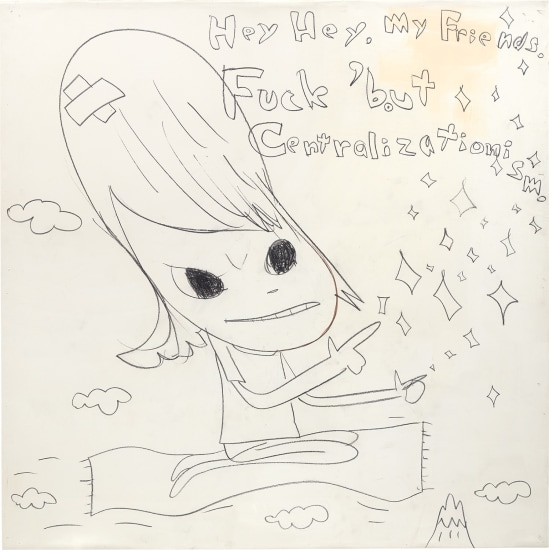