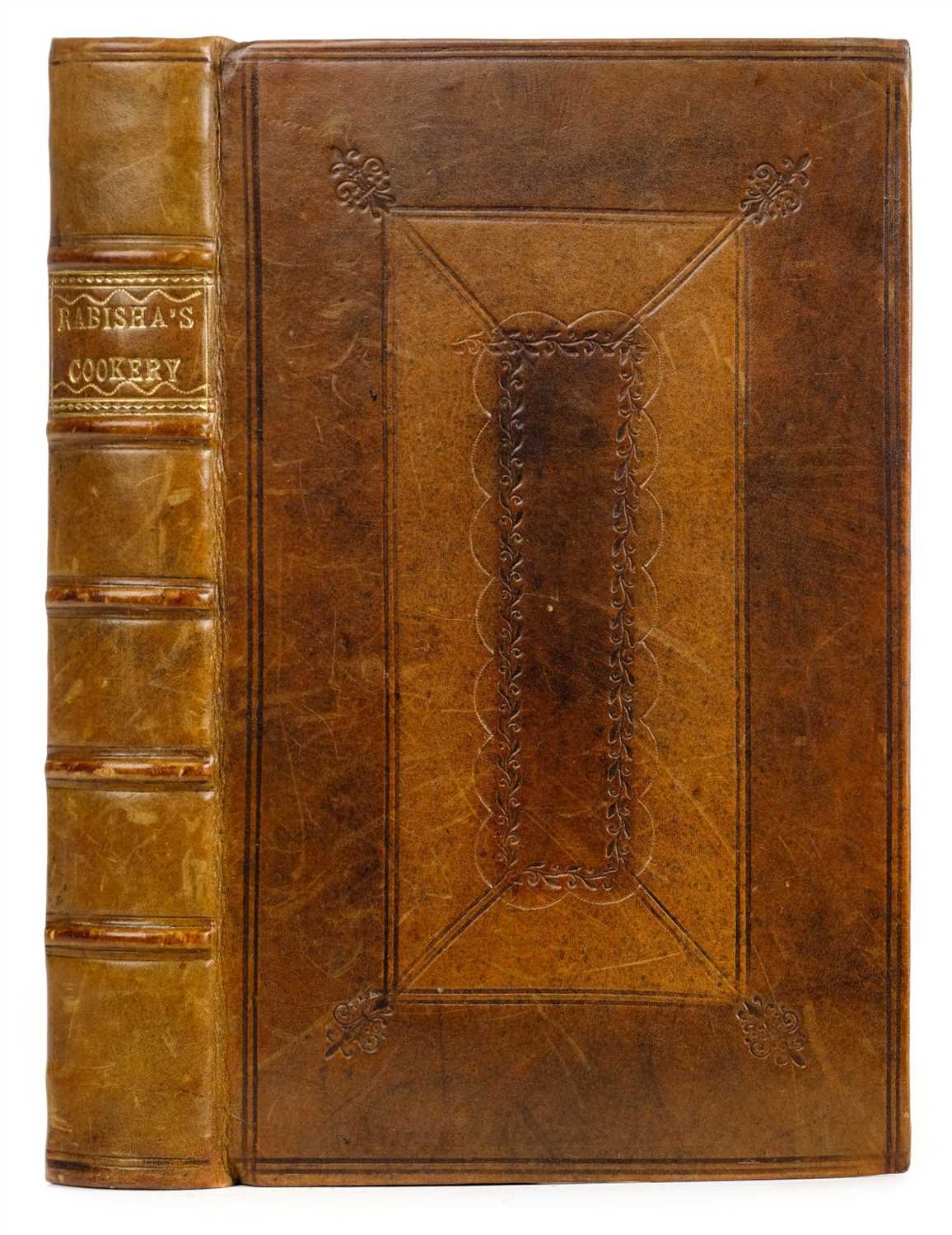 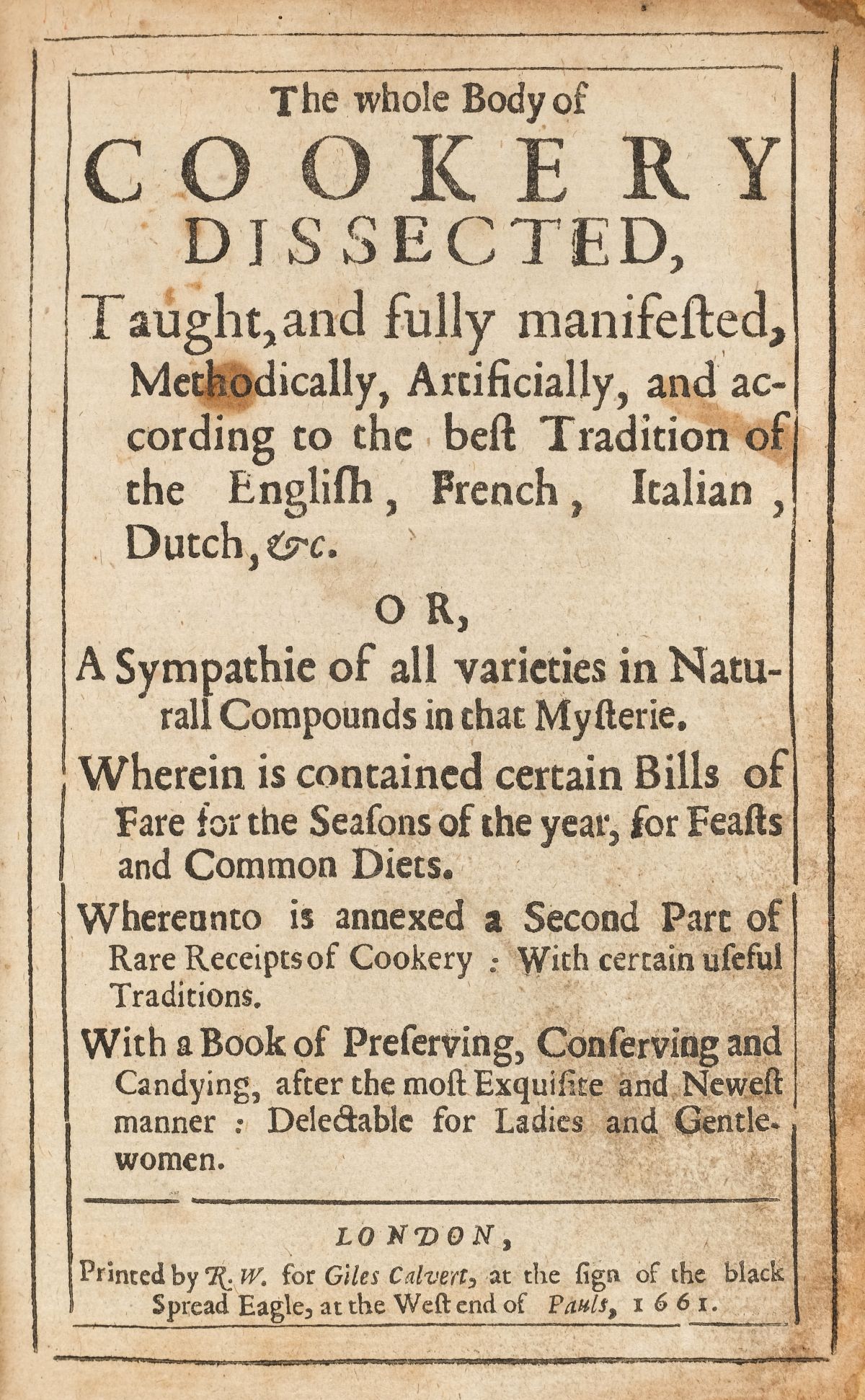 [Rabisha, William]. The Whole Body of Cookery Dissected, Taught, and fully manifested, Methodically, Artificially, and according to the best Tradition of the English, French, Italian, Dutch, &c. Or, A Sympathie of all varieties in Naturall Compounds in that Mysterie. Wherein is contained certain Bills of Fare for the Seasons of the year, for Feasts and Common Diets. Whereunto is annexed a Second Part of Rare Receipts of Cookery: with certain useful Traditions. With a Book of Preserving, Conserving and Candying, after the most Exquisite and Newest manner: Delectable for Ladies and Gentlewomen, 1st edition, printed by R. W. for Giles Calvert, 1661, front blank with early inscription 'James Broomans Book the valuable gift of his Dear Daughter Sarah Slodden' (soiled, browned and repaired to margins), browning and some soiling throughout volume, some leaves repaired to margins particularly to last few leaves, loosely inserted 20th century bookplate of Gordon Ward, modern panelled calf to style, 8vo (Qty: 1) Provenance: James Brooman (1754-1839), recorded as a gentleman of Margate (Kent Wills, Archdeaconry Court of Canterbury, volume 110, f. 307). Bitting pp. 386-387; ESTC R20908; Oxford p. 30; Simon, BG 1248; Vicaire 727; Wing R114; cf. Cagle 943 (fourth edition,1682). Rare. Only three UK institutional locations found on Copac (British Library, Bodleian and Leeds University Library), with two other copies traced worldwide on ESTC (Harvard University and University of Chicago). Rabisha was a Cornishman who claimed to have worked for many noble families. The first part deals with pickles, fish, meats and fruit; the second part 'Rare recipes in Cookery'; and the third part preserving, conserving and candying. It includes recipes 'to pickle Sleep-at-noon', to make 'Punnado' and 'Andolians', 'to fry Primrose-leaves in March with eggs', and 'to Spitchcoch an Eel'. Near the end are 'Certain old useful Traditions of Carving and Sewing, &c.' which come from the 'Book of Carving' of 1508, and a recipe 'to roast a shoulder of Mutton in blood' (see Oxford). 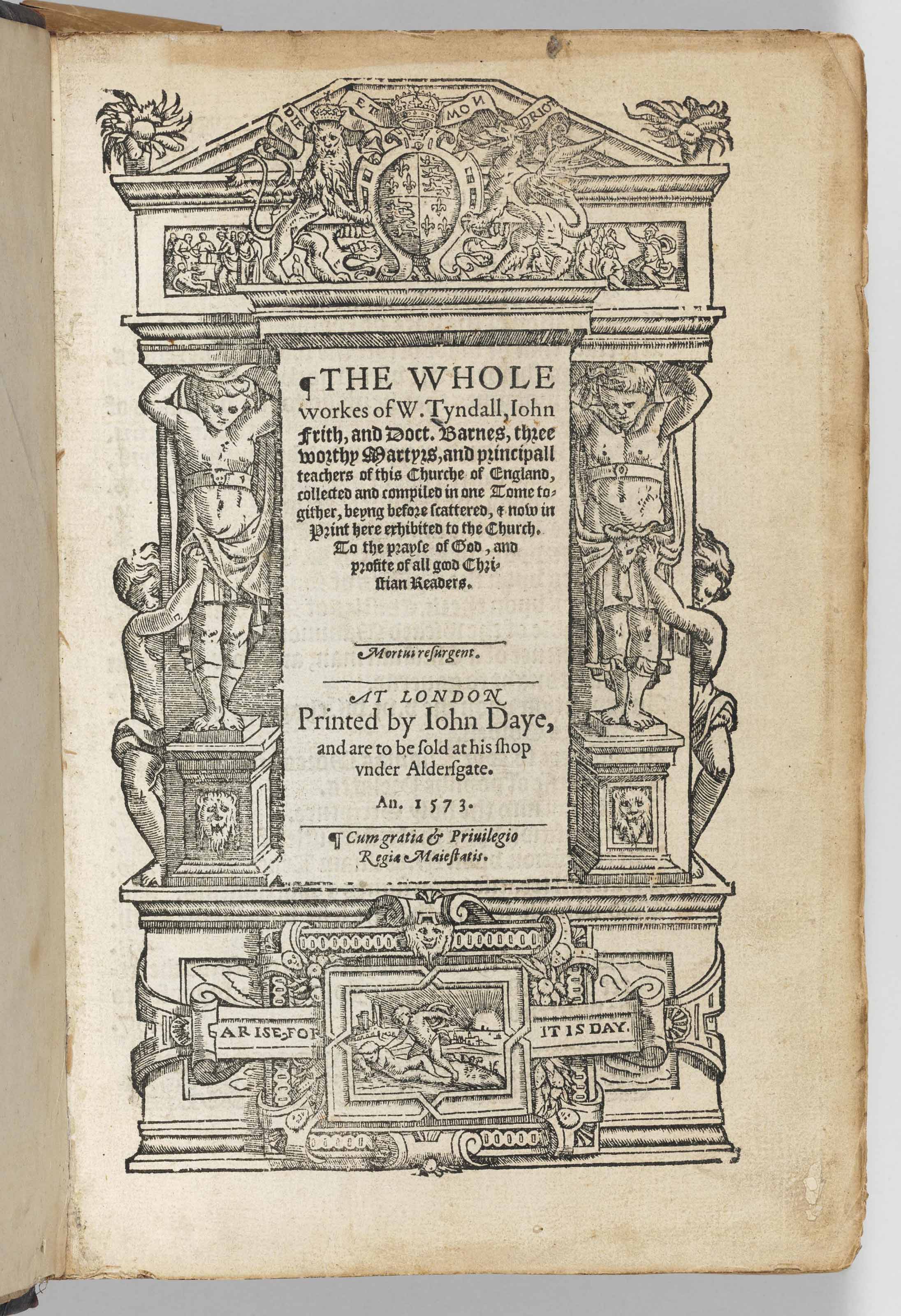 DRAYTON, MICHAEL The battaile of Agincou The Book of Common Prayer [with] The Who