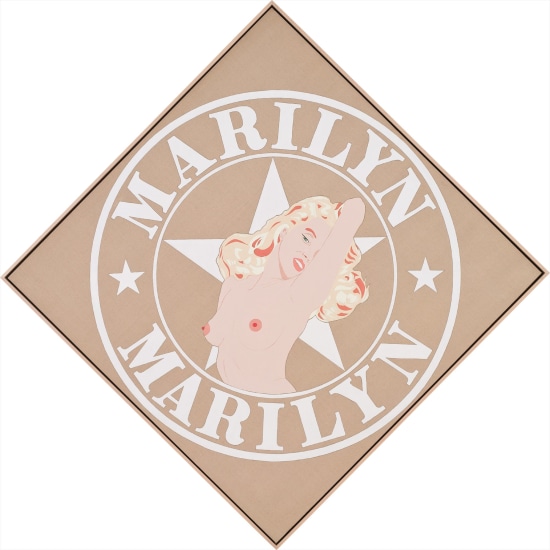 Robert Indiana Marilyn Marilyn II 1999 oil on canvas 68 1/8 x 68 1/8 in. (173 x 173 cm) Stamped with the artist’s signature, date and inscription "VINALHAVEN INDIANA 99" on the reverse.
Provenance Galerie Guy Pieters, Knokke Private Collection, France Exhibited Knokke, Galerie Guy Pieters, Robert Indiana, Peintures Récentes, 2001 Literature Robert Indiana, Peintures Récente, exh. cat., Galerie Guy Pieters, Knokke, n.p. (illustrated) Catalogue Essay “I’m an artist. I love making art. Period. Nothing more.” 2013 Like many of his contemporaries from the Pop generation of the 1960s, Robert Indiana was deeply influenced by the American wave of consumerism following World War II. The endless supply of new objects and commodities with a fresh guise , the influx of multifaceted street signs and the rise of glittery advertising icons all served as artistic sources for him. Indiana developed his artistic trademark using the Pop registry of the brand, logo and billboard. Openly declaring himself “an American painter of signs,” he created a uniquely American heraldry based on the Star-Spangled Banner or the cult images of Marilyn Monroe. Using a strict geometry of circles, polygons, letters and numbers combined with brilliantly chosen and meticulously applied colors, Indiana redefined, recolored and reimagined the American icon. Magnifying the cultural dream of success and celebrity of this crucial period in American history, the present lot, entitled Marilyn Marilyn II, features Marilyn Monroe as the mythical personification of individual triumph, the principle according to which success is considered possible for anyone. The work is composed of two concentric circles embedded in a square resting on one of its corners. The motion is inscribed in a geometric form symbolizing continuity, a concept very often found in Indiana’s work. The central figure of Marilyn, encircled by the two rings, appears against a five-pointed star, clearly a reference to her status as an American film star. Her nude image, leaning back, is a variation on the theme of the famous pin-up from the Golden Dreams calendar that Indiana had found in a small shop in Greenwich Village. The figure of Marilyn surrounded by geometric shapes and numerous writings became a recurrent image in his work; but the present version is certainly an elegantly simplified version of many earlier images. Interestingly, this iconography originated from a coincidence: when he turned the Golden Dreams calendar over, he noticed that it had been printed in the state of Indiana, evocative of his last name. Through a complex integration of forms, letters and colors, Indiana reinforces the construction of Marilyn as an American icon and legend. Read More 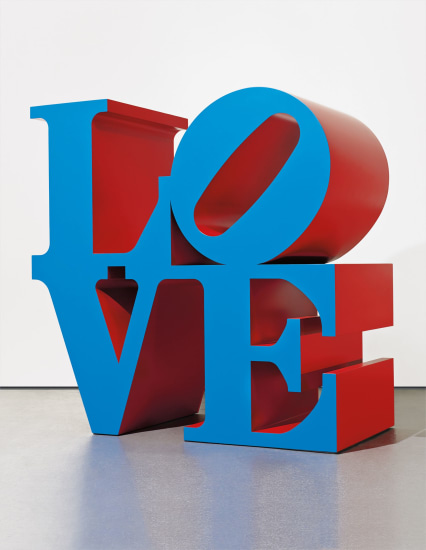 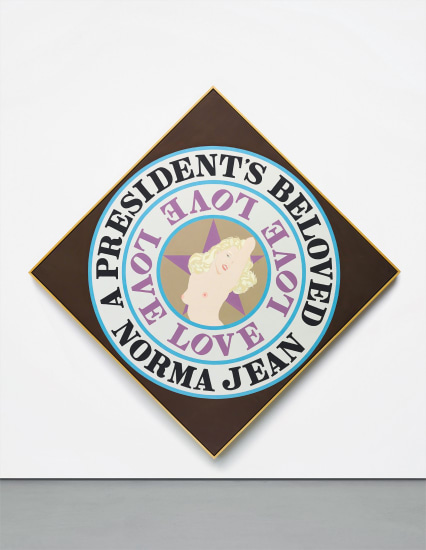 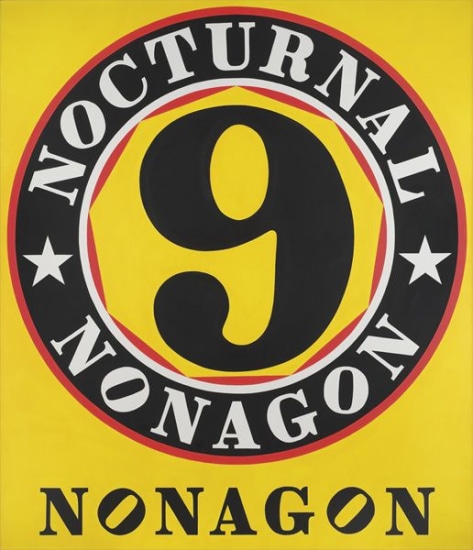 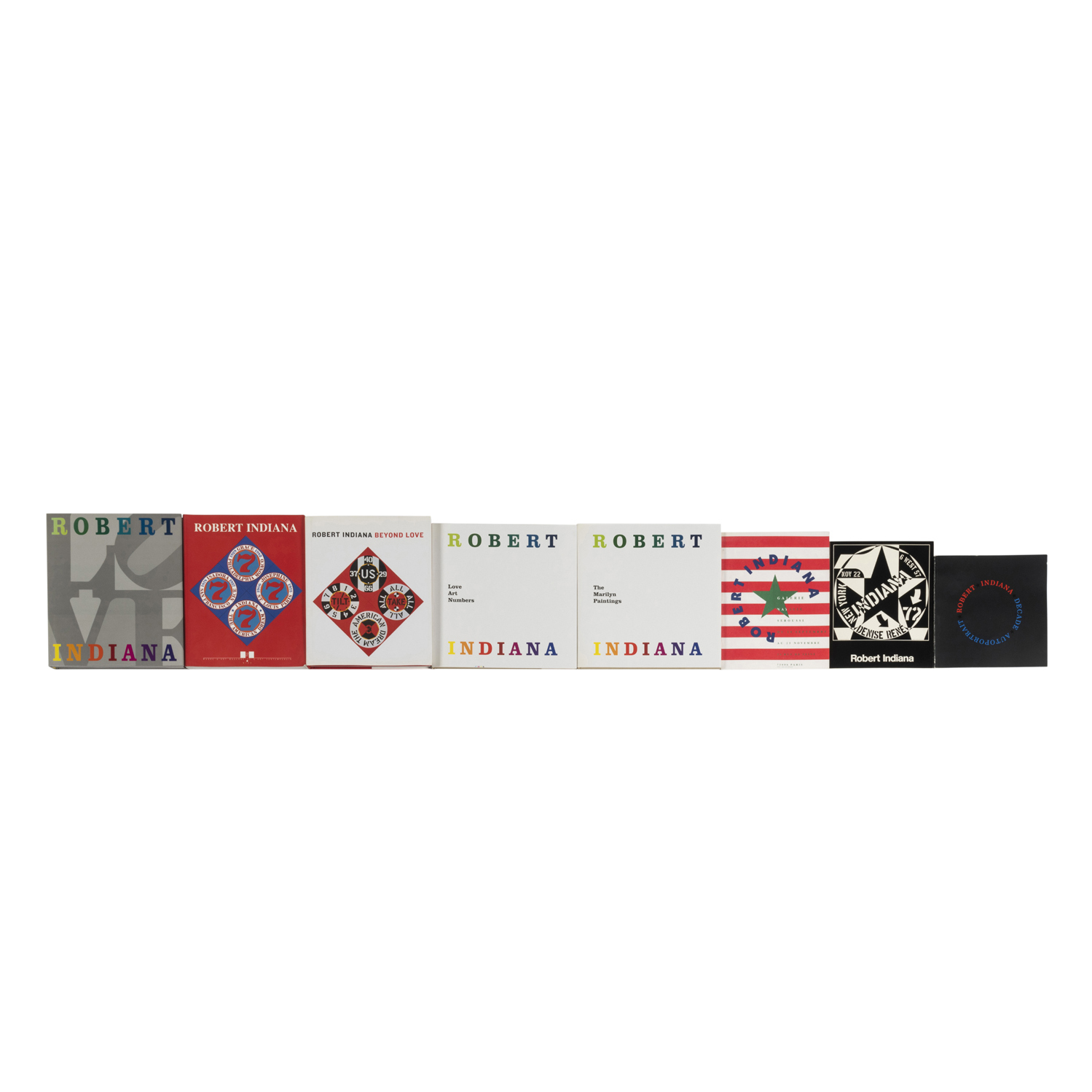 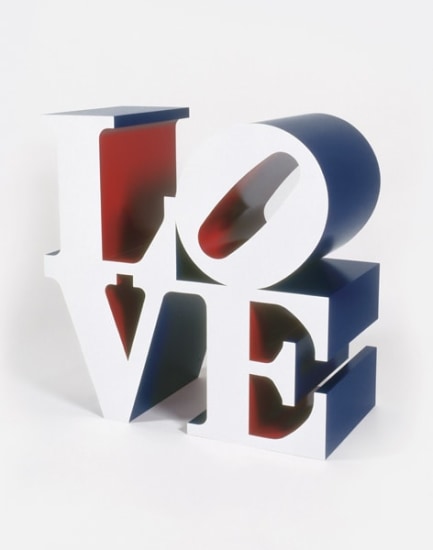 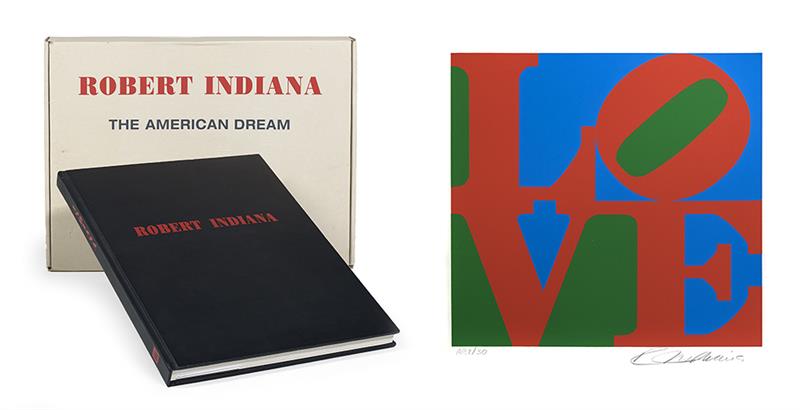 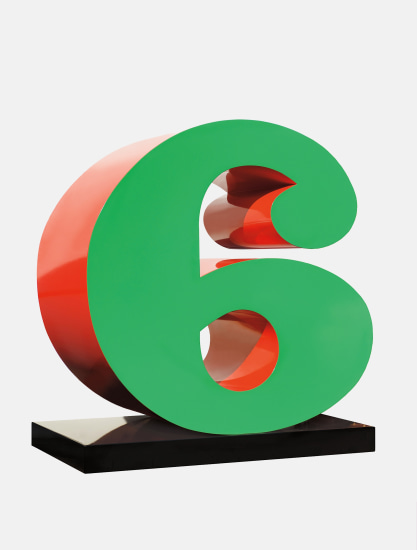 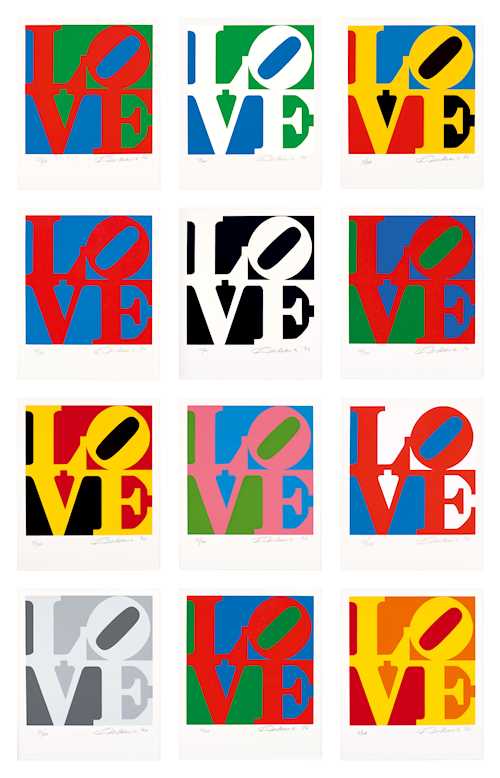