ST MATTHEW, miniature on a leaf from a Book of Hours, in Lat...

ST MATTHEW, miniature on a leaf from a Book of Hours, in Latin, ILLUMINATED MANUSCRIPT ON VELLUM
ST MATTHEW, miniature on a leaf from a Book of Hours, in Latin, ILLUMINATED MANUSCRIPT ON VELLUM [Angers, Nantes or Poitiers, c.1450] 170 x 105mm. A half-page arch-topped miniature depicting St Matthew writing his Gospel flanked by an angel, on the ceiling the partial arms of René d'Anjou, all within a full border of acanthus, flowers and fruits; one two-line initial in blue on a ground of burnished gold with foliate infills in red and blue, three lines of text in a gothic bookhand, opening St Matthew's Gospel extract 'Cum natus esset', within a three-sided bar-border; the verso with 14 lines of text (the ceiling repainted and the armorial likely added at a later date, some loss of text on the verso). Provenance : an 18th-century inscription on the verso, possibly contemporaneous with the repainting of the ceiling and the added coat of arms, reads 'ceste peinture est du bon Roy René qui suprimoit la taille en ce pays quand le mistral avoit souflé au primtemps'. The artist is the Master of Jeanne de Laval (fl. 1430-1480), known after a Psalter owned by Jeanne de Laval, second wife of René d'Anjou (Poitiers, Bibliothèque Municipale, MS 41). He was much sought after by the Angevin court and was responsible for several high-profile commissions, among which two Books of Hours for the diocese of Nantes (Morgan Library, MS M.63 -- see R. Wieck, Painted Prayers , 1998, p.127, no 101 -- and New York Public Library, Ms MA 34) and a Mortifiement de vaine plaisance , again for Jeanne de Laval (Morgan Library MS M.705). His crisp, bold style is markedly chameleonic and assimilative, with inspiration for his figures and compositions often drawn from the likes of Barthélemy van Eyck, the Rohan Master, the Master of Marguerite d'Orléans, the Boucicaut Master and the Bedford Master (see E. König, Französiche Buchmalerei um 1450 , 1982).

SAINT BARTHOLOMEW. Bifolium from an ILLU

BOOK OF HOURS, use of Troyes, in Latin a 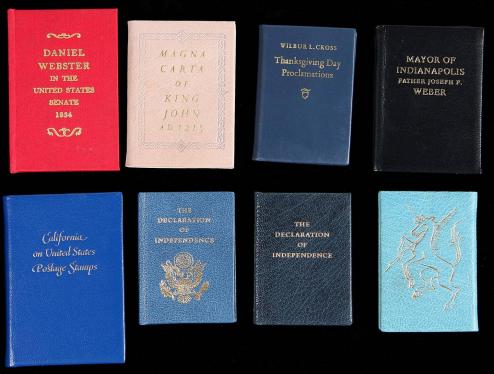 BOOK OF HOURS, use of Paris, in Latin, c 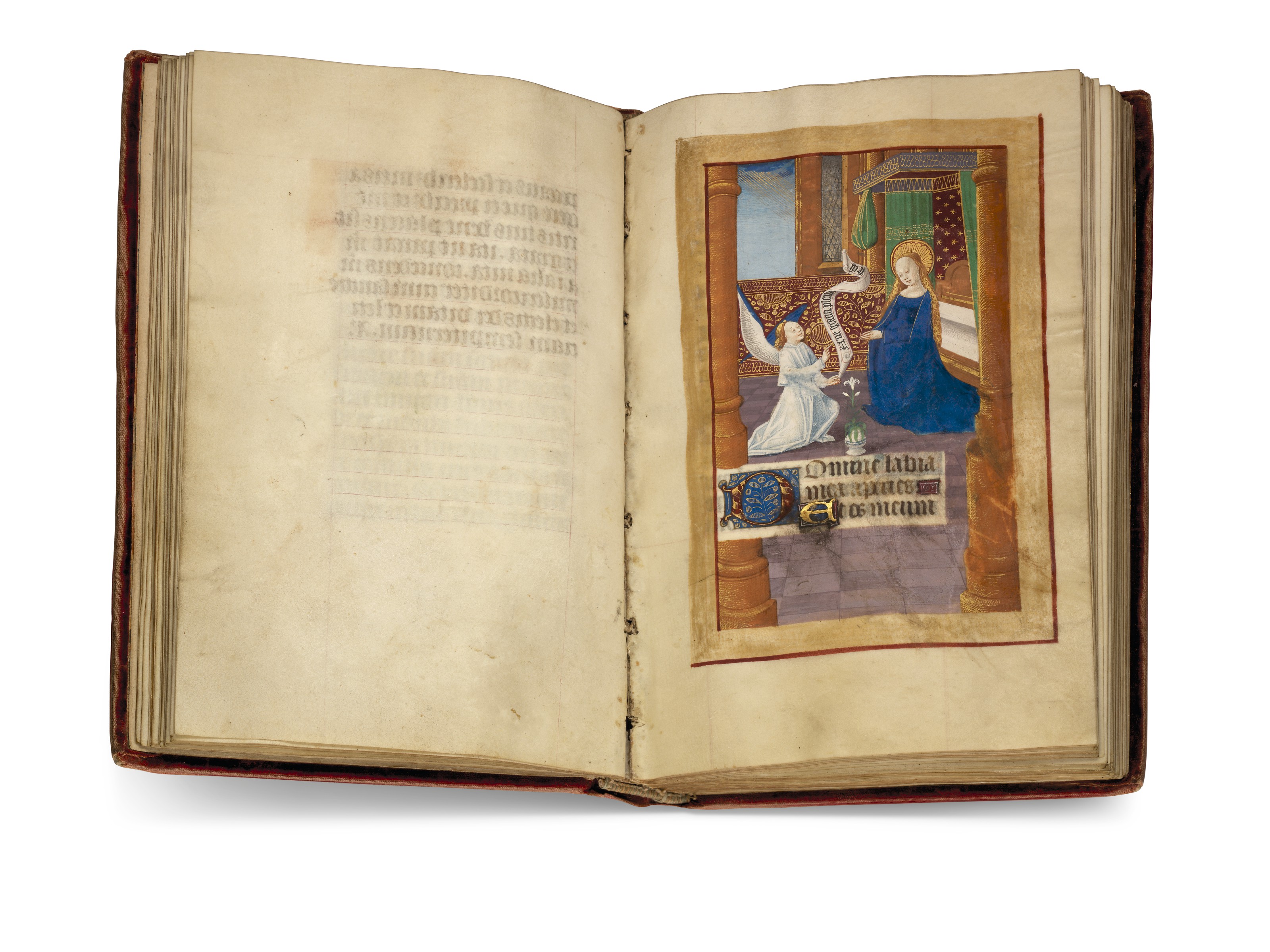 Book of Hours.- Use of Rouen, manuscript 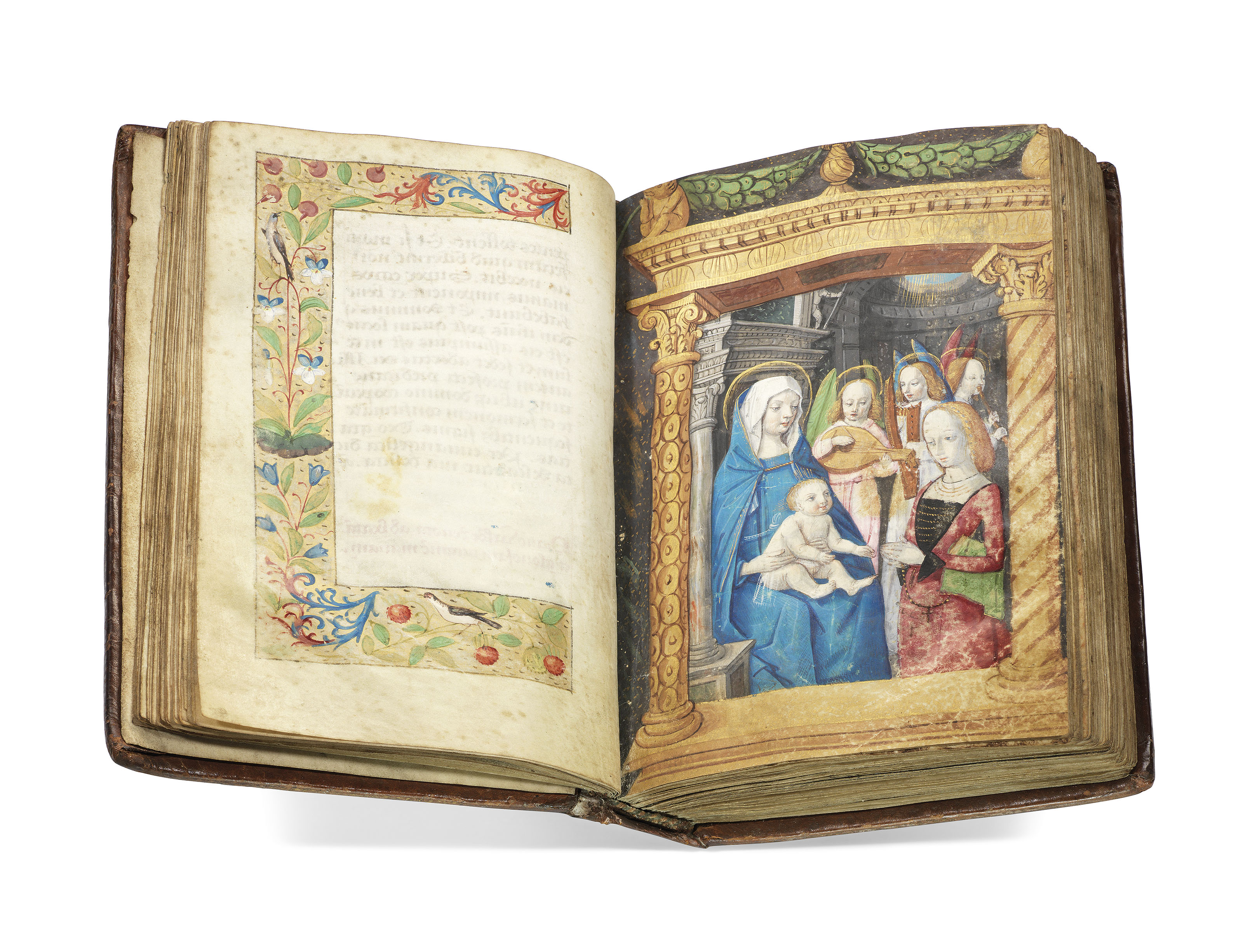 THE DE LAPORTE HOURS, use of Rome, in Fr

AN APOSTLE. Leaf from an ILLUMINATED BOO 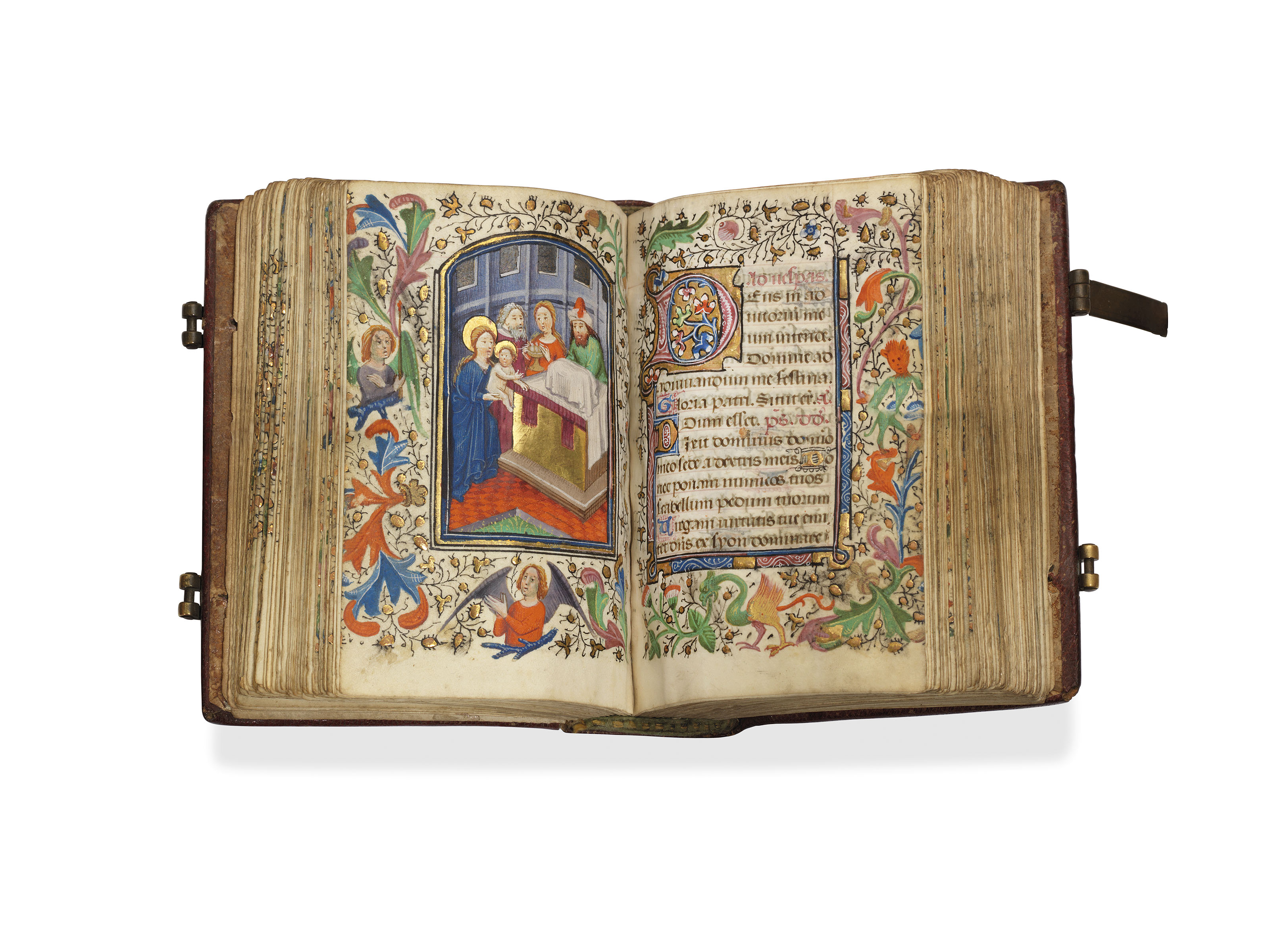 EXCEPTIONAL BOOK OF HOURS WITH 30 MINIAT