Stampede of the 11th Corps on the Plank Road, Oil Painting by Allen C. Redwood, 1886 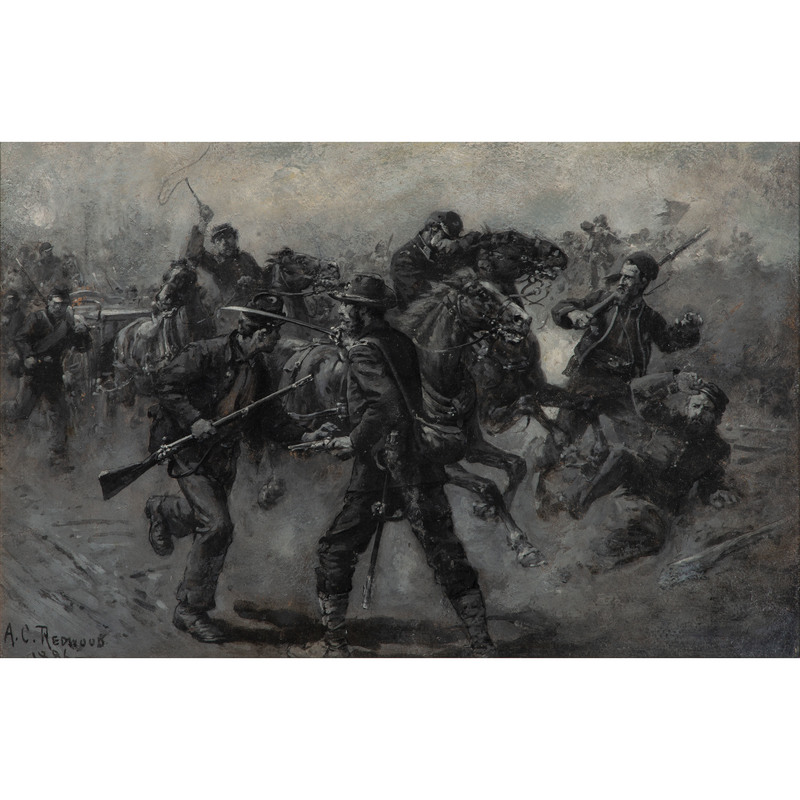 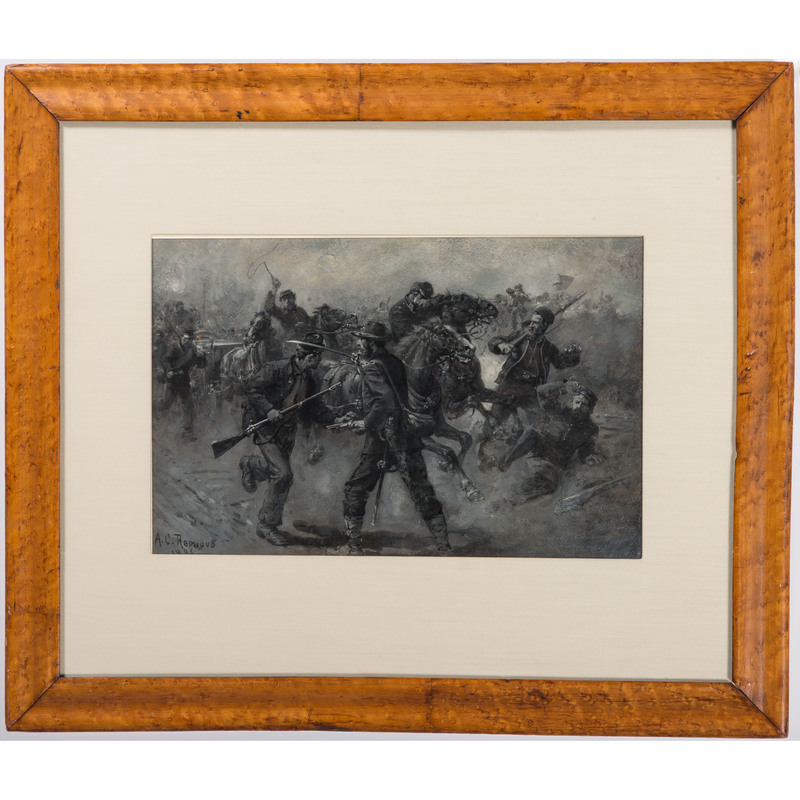 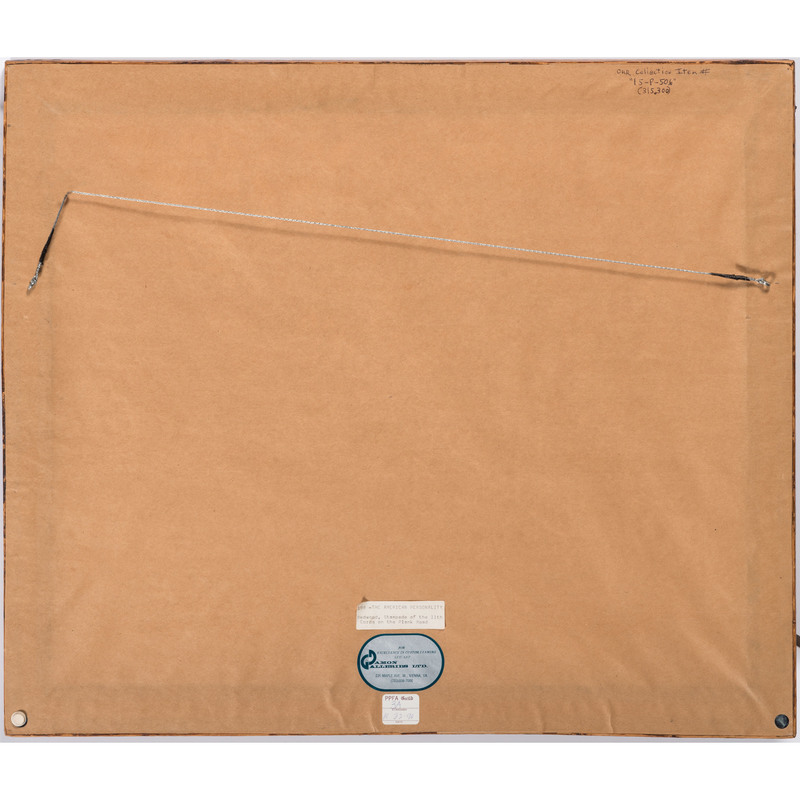 Oil on board, 16.75 x 10.75 in. (sight), framed to 26.75 x 22.75 in. Signed and dated lower left. Painting includes depictions of soldiers riding horses, a Zouave, a horse pulling a caisson, and an officer with a sword and revolver. Paper label on frame verso reads, "198 - The American Personality / Redwood, Stampede of the 11th / Corps on the Plank Road." At the age of 17, Allen C. Redwood (1844-1922) enlisted in the 55th Regiment of the Army of Northern Virginia, which saw action in several battles including Second Bull Run, Fredericksburg, Chancellorsville, and Gettysburg. He was wounded in action at Gettysburg and captured twice. Redwood eventually achieved the rank of regimental sergeant major, making him one of the very few sketch artists who fought in combat as an officer. Following the war, he documented his experiences through his illustrations, producing work for Scribner's, Harper's Weekly, and Century Magazine. Redwood was also sent to Cuba to cover the Spanish American War by Harper's Weekly in 1898. The Century Collection of Civil War Art Lots 103-114 While the photographic process evolved rapidly from its inception in 1839 and the wet plate process of taking photographs was coming into widespread use by the start of the Civil War, it was a cumbersome process in the field as well as the studio. More significantly, at that time the photographs themselves could not be reproduced as illustrations accompanying written reports of the war. As a result, publishers of newspapers and other periodicals in major cities, primarily in the North, employed a number of sketch artists who traveled with armies to draw the scenes that they witnessed. These sketches, most frequently pencil on paper with brief identifications of people and places, were then sent back by courier to the periodical publishers. The battlefield sketches received by the publishers were then copied by engraving artists onto wooden blocks, which were used in printing presses to illustrate printed articles covering the war. Unlike the photographers of the day, who were limited to capturing the aftermath of battles, the sketch artists had the advantage of recording what they were witnessing as the events occurred before their eyes. In the 1880s, the popular Century Magazine started publishing the narratives of Civil War veterans and retained a large number of sketch artists to illustrate the articles. They used interviews, photographs, and prior war-date sketches to produce accurate pictorial representations of the war. These illustrated accounts were incorporated into a large four-volume work entitled Battles and Leaders of the Civil War in 1881. Almost a century later, in 1973, American Heritage Magazine acquired the collection of drawings that had been held by Century Magazine, which were subsequently reproduced in The American Heritage Century Collection of Civil War Art published in 1974. Christie's conducted two public auctions in 1988, which were comprised of the remaining original Century Magazine Collection of Civil War artwork that was dispersed by American Heritage Magazine, and a number of drawings by noted battlefield artists were acquired by the consignor, with many being offered today. Condition: Not examined outside of frame. PPFA Guild label on frame verso.