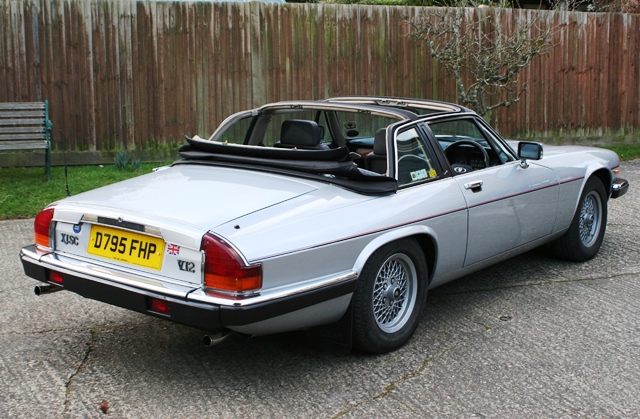 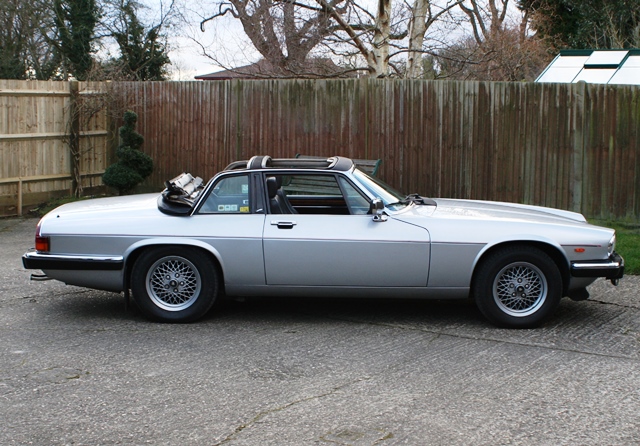 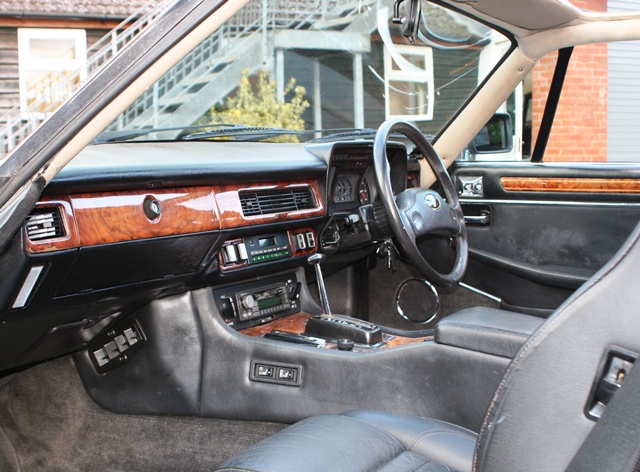 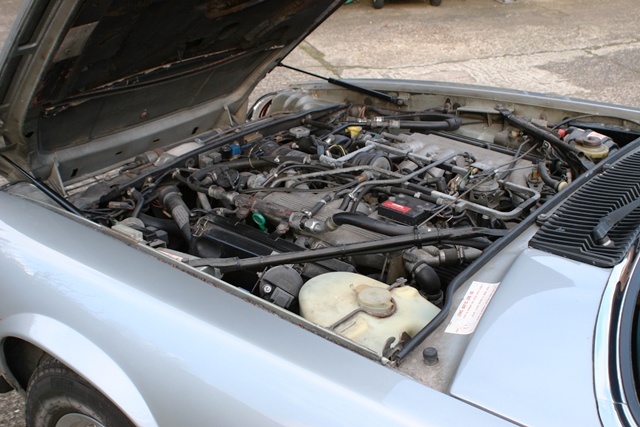 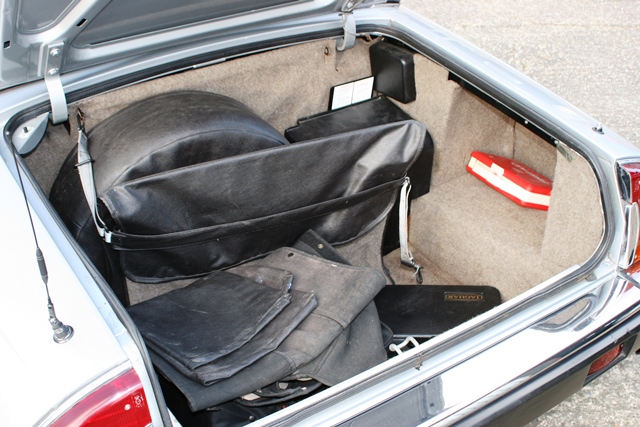 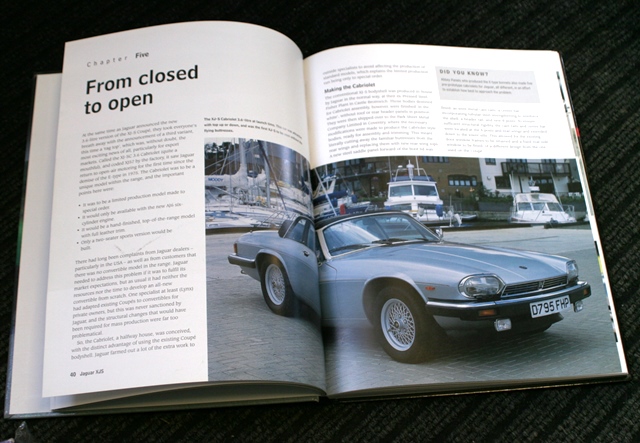 That Jaguar's XJS will become a 'bona fide' classic is beyond doubt. Launched in 1975, its twenty-one year production life was a testimony to the excellence of its basic design. With all-round, independent, coil sprung suspension, power assisted rack and pinion steering, disc brakes and its excellent ride/handling balance; it was justifiably praised by the contemporary motoring press. The XJS's superlative 5.3 litre engine developed some 295bhp in later fuel injected form and when allied to automatic transmission gave an authoritative 150mph performance. The targa element of the car was often preferred over the straight convertible as it added more torsional rigidity thus resulting in the car being a delight to drive. Originally a Jaguar press car, this Silver XJ-SC is complemented by black leather and has been lovingly cared for by the current owners. Since 1991, they have been using the car as their holiday tourer whilst keeping it garaged in-between continental trips. Originally built in 1987 and registered to Jaguar, this car has been used in many photo shoots, including one for the Haynes Manual and one for an official Jaguar jigsaw puzzle, both of which are with the car and helpfully confirm provenance. This Jaguar also has the optional heated leather seats which are a very pleasant addition and renders the car far more usable with the roof down during the Great British spring. Offered with a valid MoT test certificate until June 2015, it has been well cared for and within the history file, original handbooks, user manuals, service documents, Bills and MoT test certificates can be found. In addition, the original tool kit, hood covers and aforementioned Haynes manual are all stowed in the boot. A good example of an appreciating, yet very usable classic with a great history - and those heated seats should provide a very comfortable drive home.