Three: Corporal G. Cox, East Yorkshire Regiment, who was specially promoted to ‘King’s Corporal’ for his gallantry in South Africa in October 1901 and subsequently killed in action Tekke Tepe, Suvla Bay in August 1915 Queen’s South Africa 1899-1902, 3 clasps, Cape Colony, Orange Free State, Transvaal (4340 Pte. G. Cox, 2 E. York. Regt.)); 1914-15 Star (3-6811 Cpl. G. Cox, E. York. R.); Victory Medal 1914-19 (3-6811 Cpl. G. Cox, E. York. R.), very fine or better (3) £300-350 Footnote George Cox was born in Walsall, Staffordshire. A Labourer by occupation he attested for service in the East Yorkshire Regiment on 9 August 1893, whilst still serving in the 3rd (Militia) Battalion East Yorkshire Regiment. Serving with the 2nd Battalion he landed in South Africa on 3 April 1900. On 19 December 1901 in a sharp action at Holland’s Farm near Standerton (at ‘Kaffirspruit’ in service papers), Cox with three others held a drift to cover the retirement of 20 other soldiers. After they had been successfully withdrawn, Cox noticed a wounded officer lying to the front, and so led a horse back to where he lay and, under severe fire rescued Lieutenant B. A. W. C. Moeller of the 2nd Battalion, Middlesex Regiment. For this rescue, Cox was promoted Corporal for Gallantry in the Field. Lieutenant Moeller died of his wounds on 23 December 1901. Cox was thereafter known in the regiment as ‘King’s Corporal Cox’. The appointment of a King’s Corporal for Gallantry in the Field was only used during the South African War. The tradition amongst the soldiers of the period was that a ‘King’s Corporal’ could only be reduced in rank by the King himself! King’s Corporal Cox retired from the Army on 21 August 1905 at the termination of his period of engagement and then served four years in the Army Reserve. His Discharge Certificate states that his trade at this time was a ‘Porter’ and that his intended place of residence was to be 75 Alica Street, Hull. In 1914 with the outbreak of war, Cox volunteered for the Army but at 44 years of age was deemed too old. He therefore falsified his age to gain entry and was successful in returning to the Depot of the East Yorkshire Regiment at York. On arrival however an officer recognised him, he was marched in front of his C.O. and promptly ordered to put back the two stripes he had won in the Boer War. With the 6th (Service) Battalion (Pioneers) East Yorkshire Regiment, he was posted to Gallipoli. Sailing on the Franconia, the regiment arrived there on 7 August 1915, landing from H.M.S. Theseus at C Beach at Suvla Bay and digging in on the S.E. slopes of Lala Baba. During the next day the battalion moved forward through dense scrub under heavy shellfire and perpetual sniping. On 9 August 1915 Corporal Cox was killed in action in the attack upon Tekke Tepe. About midnight on the 8th although utterly exhausted the Battalion was ordered into another attack. Colonel Moore gathered up one company and together with his Battalion H.Q. fought their way to the summit of Tekke Tepe. A position farther east on the heights above Suvla Bay than any other British troops. But these few men were surrounded and Colonel Moore had no choice but to surrender. As he sat down a Turkish soldier treacherously ran him through the back with a bayonet. By dawn on the 9th after a ”Brilliant feat of arms, the East Yorks had penetrated to the key position - Tekke Tepe.” But they were not supported, and after suffering terrible casualties had to withdraw. The other companies had moved forward in the dark to a nullah but as they entered open ground “They were met by a withering fire and to make matters worse they were enfiladed badly up the nullah from a range of hills. Men and officers dropped fast.” The Turks then brought up two divisions to face this attack and “swarmed in thousands” from the foot of Tekke Tepe. The 6th Battalion held their ground but the battle for the high ground was lost. As the Regimental History states, “Sufficient to say that th

Medals from the Collection of Brigadier 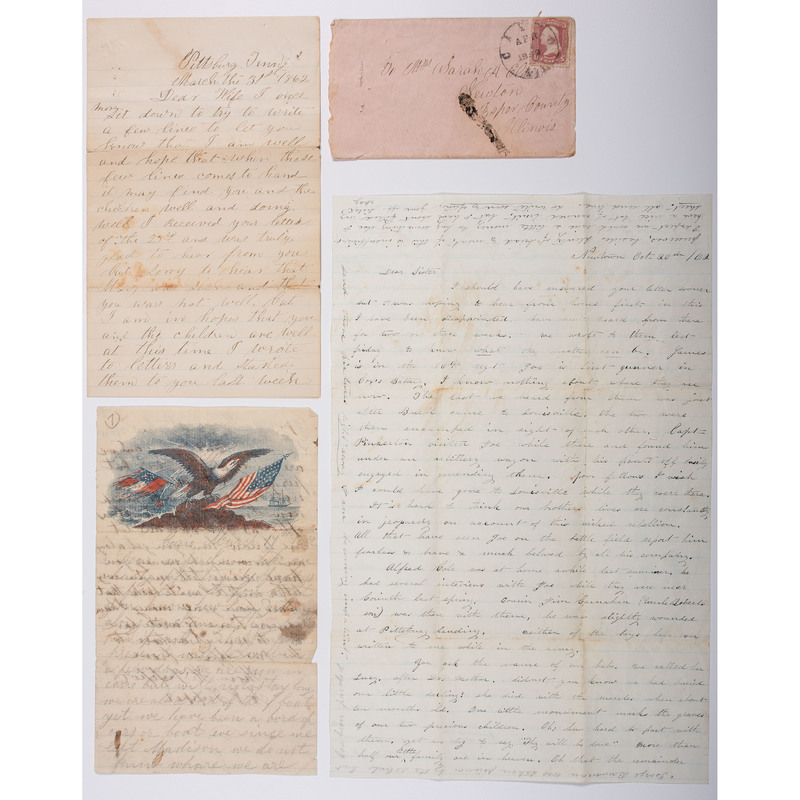 Three War-Date Letters, Including One fr

Long Service Medals from the Collection 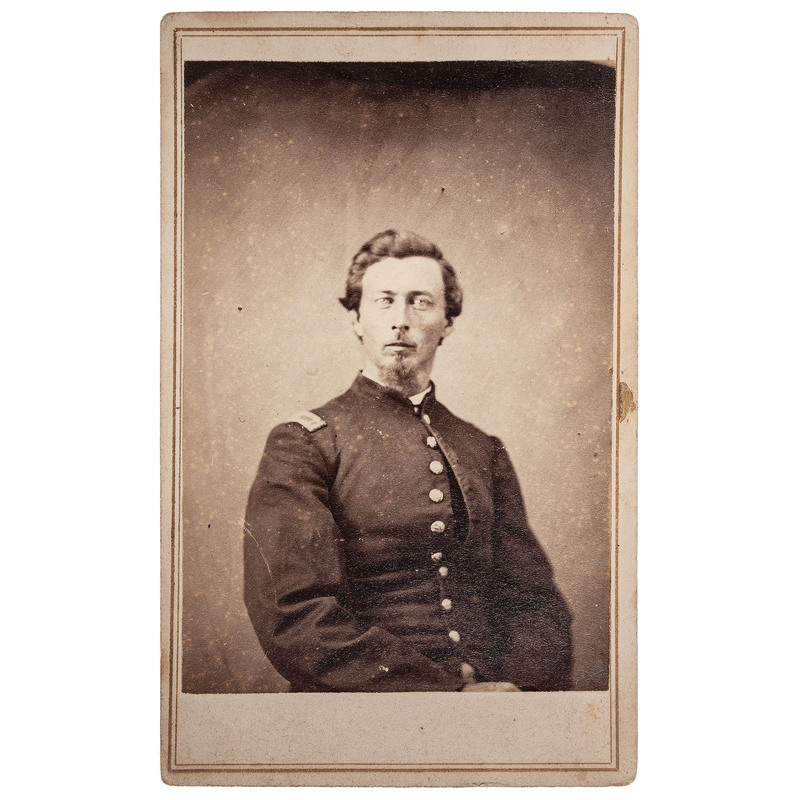 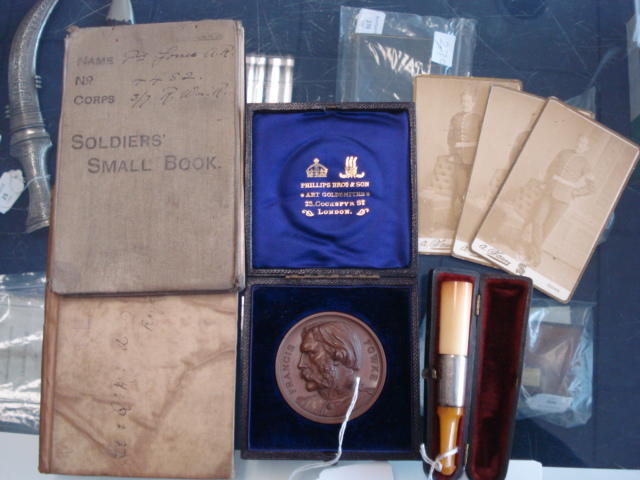