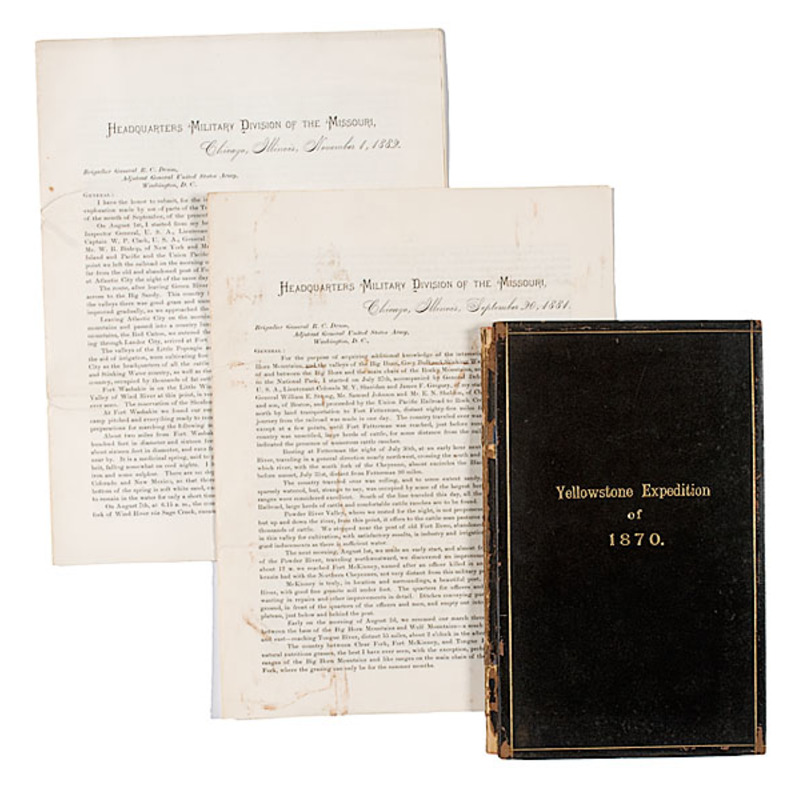 the earliest being a Letter from the Secretary of War, Communicating the report of Lieutenant Gustavus C. Doane upon the so-called Yellowstone Expedition of 1870. Senate Ex. Doc. No. 51, 41st Congress, 3rd Session, 3 March 1871. 40 pp, bound in blue Morocco with gilt title. From the Library of Gen. Thomas H. Ruger, but not marked as such. Probably one of the documents submitted to Congress as they considered the bill creating Yellowstone National Park in Feb. 1872 (the bill was introduced in Dec. 1871). The other two are reports from Gen. Philip Sheridan. The first is the Report dated Sept. 20, 1881, of his expedition through the Big Horn Mountains and Yellowstone National Park, etc. 8.5 x 11", 5 printed pages. Docketed on verso With compliments of Gen D. B. Sacket and Compliments Martin Maguire. Second is Sheridan's Report dated Nov. 1, 1882 of his expedition through the Territories of Wyoming, Idaho, and Montana. 8.5 x 11", 8 printed pages. Manuscript penciled note on bottom third of last page: Does not mention the big forest fires he left in his rear by not having his camp fires etc properly looked after. Huge tracts of fine timber were burned over. I saw the devestated [sic] areas myself years afterwards & was told Sheridans party caused them. 1910. Anna M. Ruger (Thomas Ruger's daughter) Sheridan did not keep his reporting "objective." He developed strong opinions on his expeditions, and did not hesitate to make them known to those above him. In the earlier report, At a distance of 15 or 20 miles north of Tongue River, in the direction of old Fort C.F. Smith, the eastern line of the reservation of the Crows is reached, and no settlement of this valuable country has been permitted. The Crows have never occupied it heretofore, and never could hold it until the Northern Cheyenes, Sioux and Arapahoes were driven out by the war of 1876. This country now forms part of the Crow reservation, which contains about six and a quarter millions of acres, and as the whole number of Crows does not exceed 3,500, this gives each man, woman and child in the tribe about 2,000 acres. The greater portion of it should be purchased from them by the Government, for what it is worth to them, and opened to settlement, and but a short time would elapse until it would be densely covered by thrifty farmers and by thousands and thousands of cattle. In former times, the country between the Yellowstone Valley and the base of the Big Horn Mountains was the winter range of the great northern herd of buffalo. They are now being killed off and replaced by a better and more useful animal - the cattle of civilization. That portion of this valuable country claimed, and acknowledged by the Government as belonging to the Crow Nation, never did belong to them by conquest or occupation, so far as is known...[after the other tribes were driven off] the Crows came in to spread their blankets on their soil, as they said, and gather berries and roots for a month or two in the summer. It is too valuable to remain idle for such insignificant productions. Later, he takes up the cause of miners, as well: Just after crossing the [Continental] divide, we struck a mining camp, where we found a few miners with, I think, good claims. They were there watching their claims, but could not work them, as they were, unfortunately, on the Crow reservation - but just on the edge of it. Two or three of these men had been there for eight or nine years, waiting for some Congressional action to permit them to make their fortunes. If such relief should come, I believe they will do well, as they have good "prospects," and there are plenty more of the same kind in the neighborhood. It would be well if Congress could give relief to these poor fellows....This mining country is of no use to the Crows, and should be purchased by the Government at a nominal price, and should be thrown open to add to our gold and silver production. He also takes up the cause of the park itself: The Congressional ap Mexican Newspapers During the War 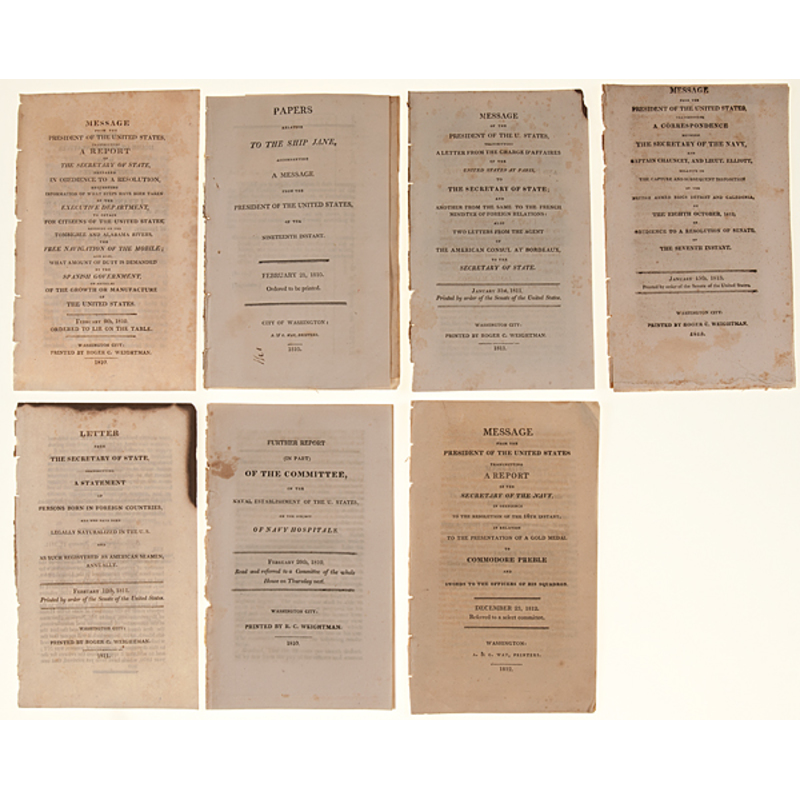 TEXAS. TEXAS ASSOCIATION.] A letter and

GOVERNMENT DOCUMENTS - A Group of 98 Gov 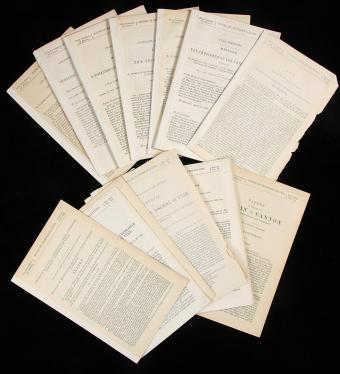 CUBA--SUGAR] Group of documents issued b