TURNER, Joseph Mallord William (1775-1851). Two autograph letters signed to George Jones R.A., Rome and n.p. [London], 13 October 1828 and n.d. [26 January 1830], together 8 pages, 4to , integral address panels (tiny splits and holes from ink erosion in first letter, seal tear in second letter touching c.7 words). Provenance : George Jones; and by descent. TURNER IN ROME AND LONDON. The first letter, apparently scrawled in haste, reports Turner's arrival in Rome -- 'Two months nearly in getting to this Terra Pictura and at work but the length of time is my own fault. I must see the south of France which almost knock'd me up, the heat was so intense, particularly at Nimes and Avignon and until I got to plunge into the sea at Marseilles I felt so weak that nothing but the changes of scene kept me onwards to my distant point'. Turner continues with references to acquaintances including 'that fat fellow Chantrey' and 'the thousands he had made out of those marble crags which only afforded me a sour bottle of wine and a sketch but he deserves everything that is good although he did give me a fit of the Spleen at Carrara'. The second letter, addressed to Jones in Rome and including 33 apparently unpublished lines, reflects on various 'sad ceremonies' including Sir Thomas Lawrence's funeral ('[It] is something to feel that gifted talent can be acknowledged by the many who yesterday waded up to [their] knees in snow and muck to see the funeral pomp swell'd up by carriages of the Great without the persons themselves'), and touches on the probable arrangements for Lawrence's works and collection of old master drawings ('to be offered to his Majesty in mass, then to the British Museum'). The subjects of the unpublished portion of the letter include the election (the 'combinations and concatenations') of Martin Archer Shee as the new President of the Royal Academy and the disposal of Turner's effects in the studio at Charles Eastlake's house on piazza Mignanelli in Rome -- 'Have the goodness to thank Mr Eastlake for me in the trouble of moving my [?props] to his Studio, that I have no wish to give them any fresh air or exercise at present, tho' if they are in the way to have the goodness to place them to his own convenience' -- and concludes with a reference to 'the stormy brush of Tintoretto' and with a message from [Sir Francis] Chantrey asking Jones to 'bottle up all the yellows which may be found straying out of the right way' (apparently a response to critical mockery of Turner's 'excessive' use of yellow). The career of George Jones (1786-1869) was founded upon his specialism in battle scenes, particularly of the Battle of Waterloo: in this connection he took great pride in his physical resemblanceto the Duke of Wellington, 'and affected reluctance to go out on the day of the Duke's funeral "for fear they should bury himn"' (ODNB). He was one of Turner's closest friends, and was an executor of his will; he later assisted in the cataloguing and arrangement of the Turner Bequest. The present letters were first published, with omissions, in the Thornbury Life (1862). (2) 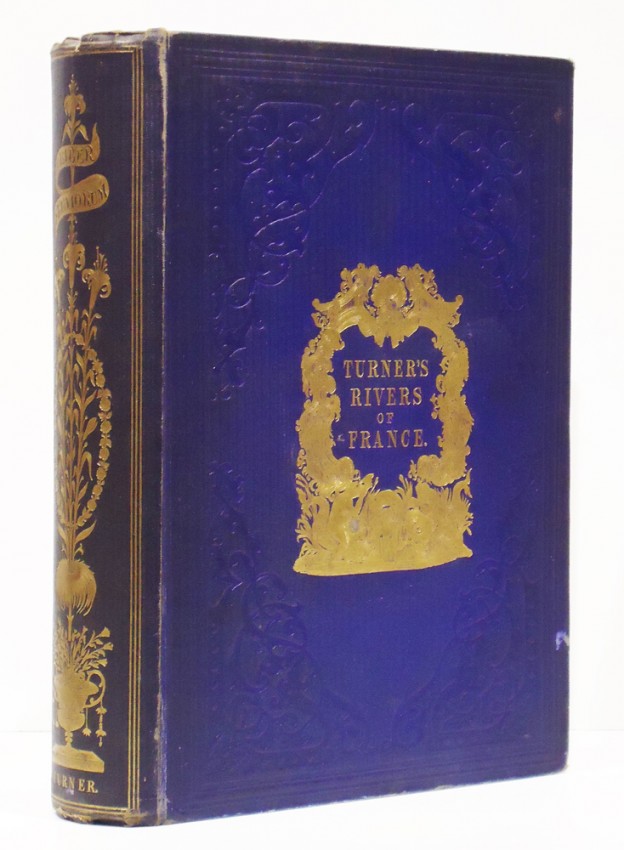