Two Daguerreotypes of Painted Portraits of a Young Woman and a Young Child, a quarter-plate size depicting a painting in three-quarter view of a young woman, with ringlets framing her face, wearing a dress with a lace collar, identified in inscriptions on a paper label "Louisa Fillebrown Chenery"; and a sixth-plate portrait of a painting of a young child with blond ringlets wearing a white off-the-shoulder dress, the brass mat impressed "KERTSON 419 B.WA" and "COR. CANAL ST NY" (probably Marcellus Kertson, a daguerreian whose business is listed at 419 Broadway in New York City in 1856-57), each in a pressed-paper/leather case, (edge tarnish, corrosion spots, spiders, dust). Note: [Frances] Louisa Fillebrown (b. January 7, 1825) married Winthrop Ward Chenery (b. April 2, 1819, Belmont, Middlesex County, Massachusetts) on April 16, 1844. They had five boys, and resided in Watertown (now Belmont), Massachusetts. Winthrop was a merchant in Boston, but he developed an interest in country pursuits, eventually buying a large tract of land and importing pedigreed Holland cattle, a breed he named Holstein. He compiled the first American Holstein Herd Book, a common breed to this day. 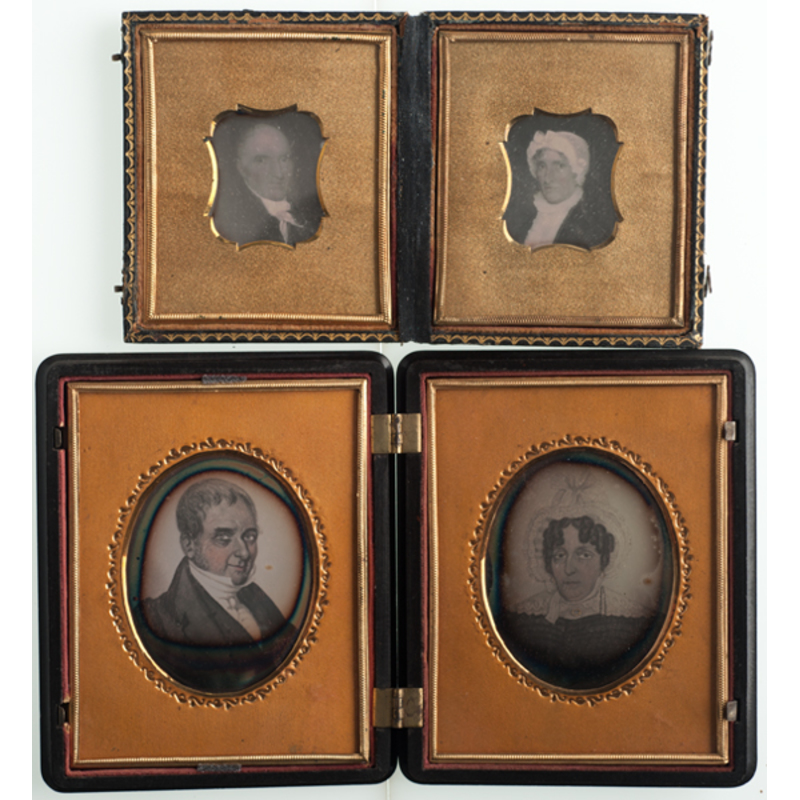 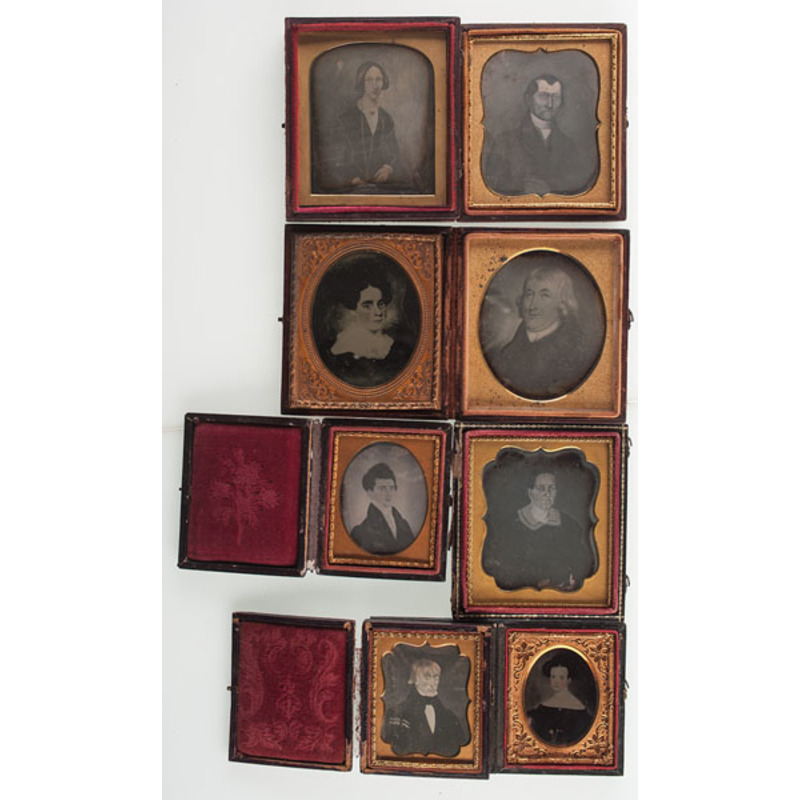 Daguerreotypes and Ambrotypes of Painted 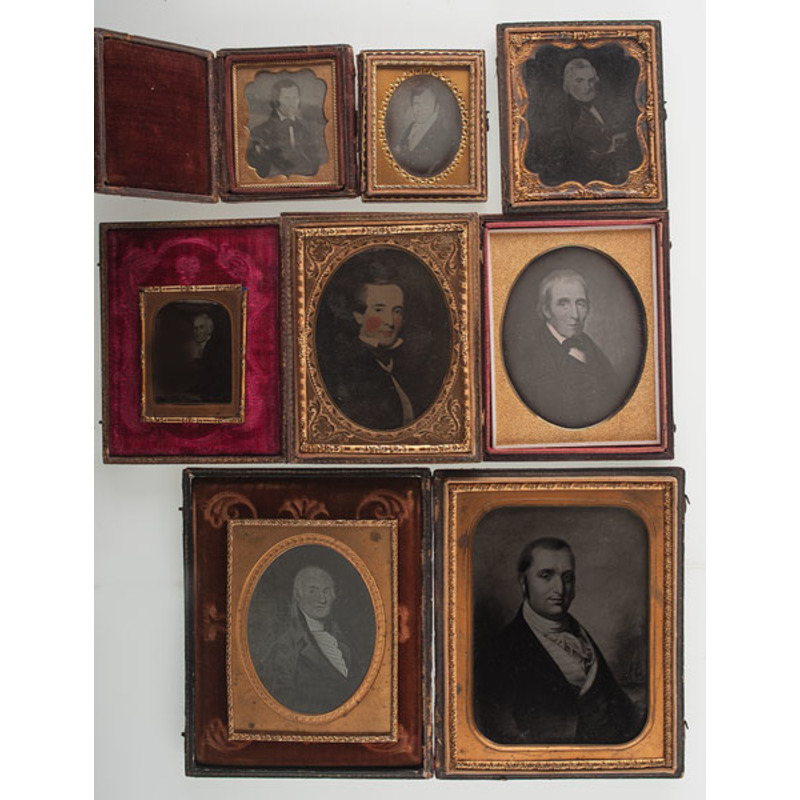 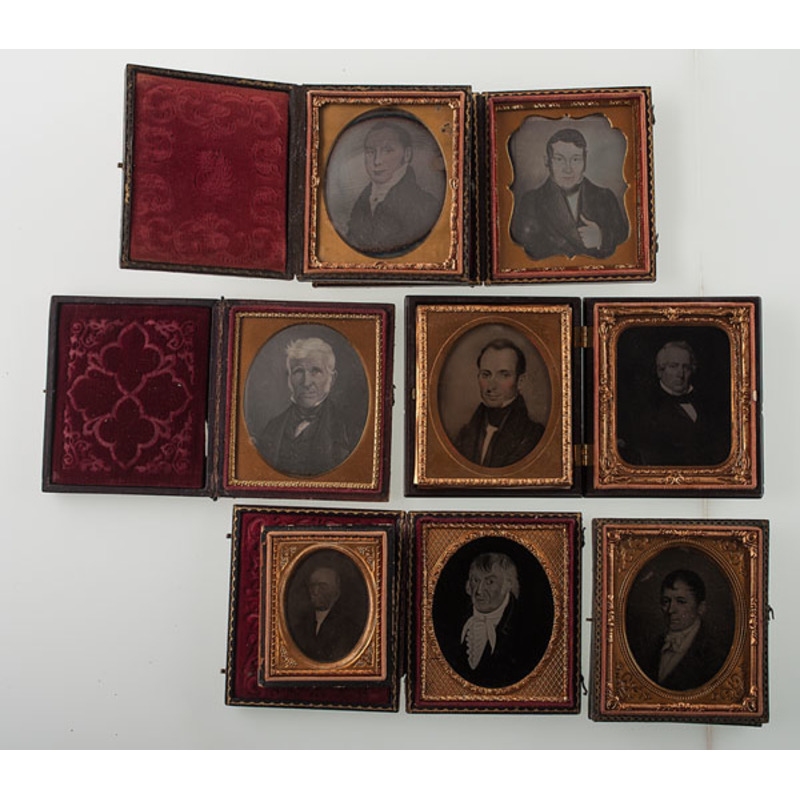 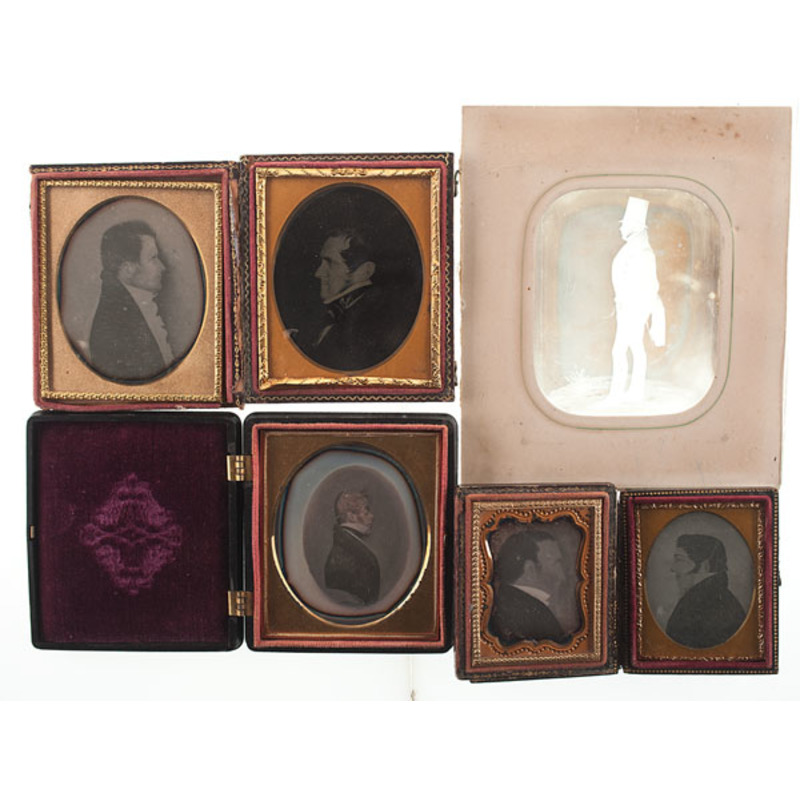 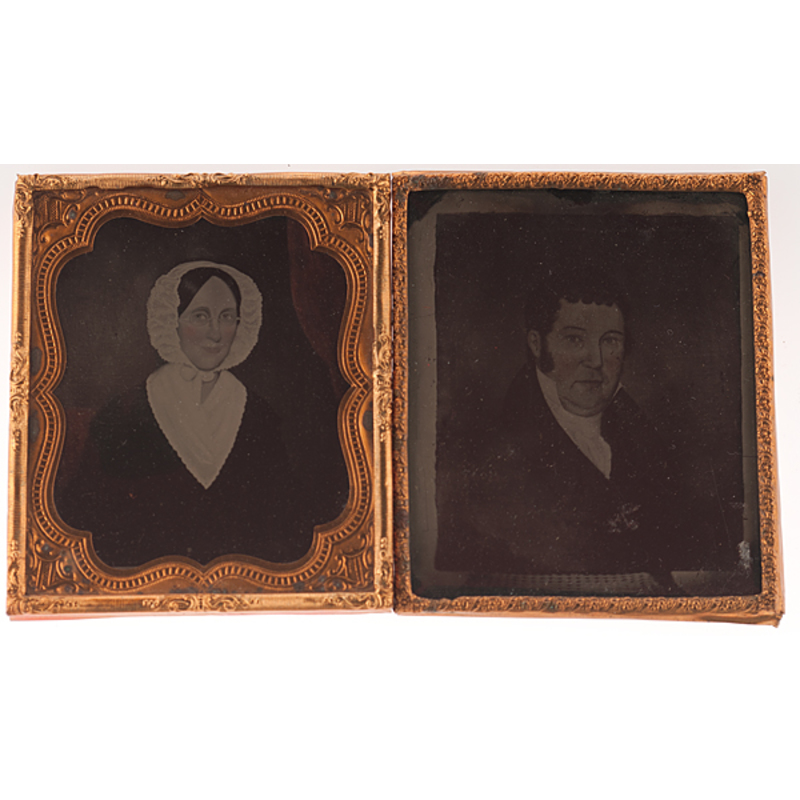 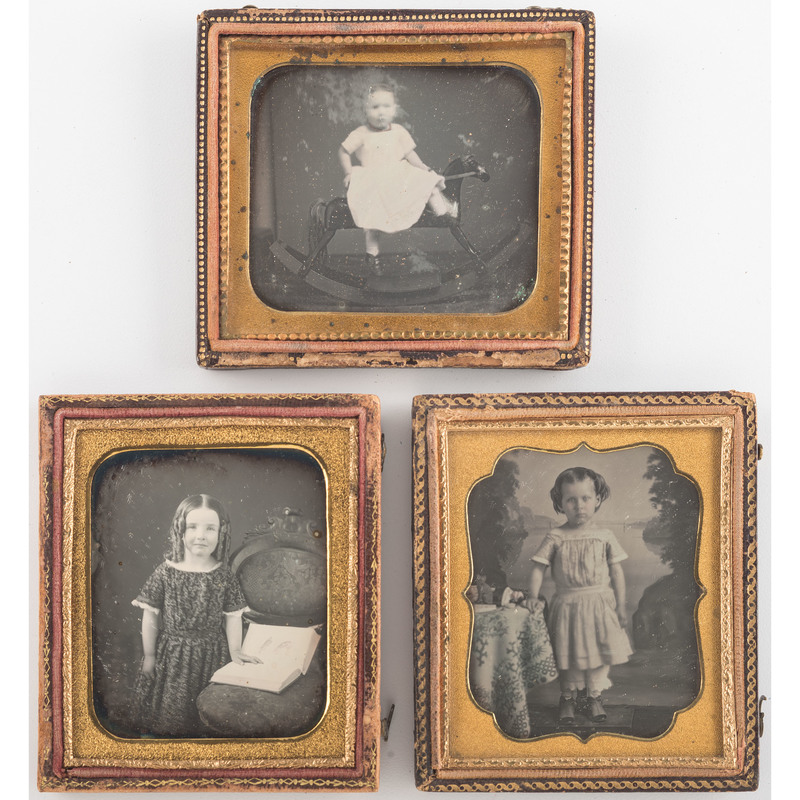 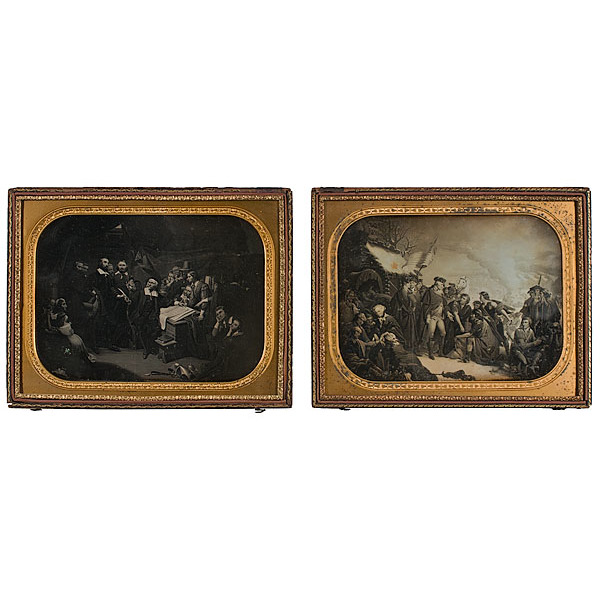 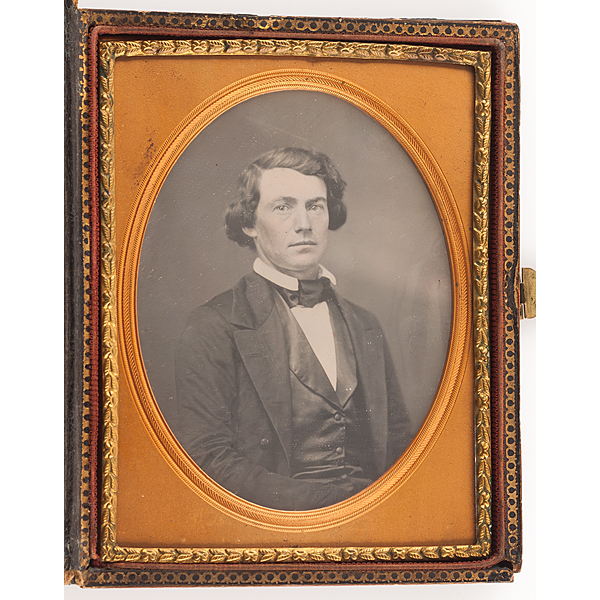 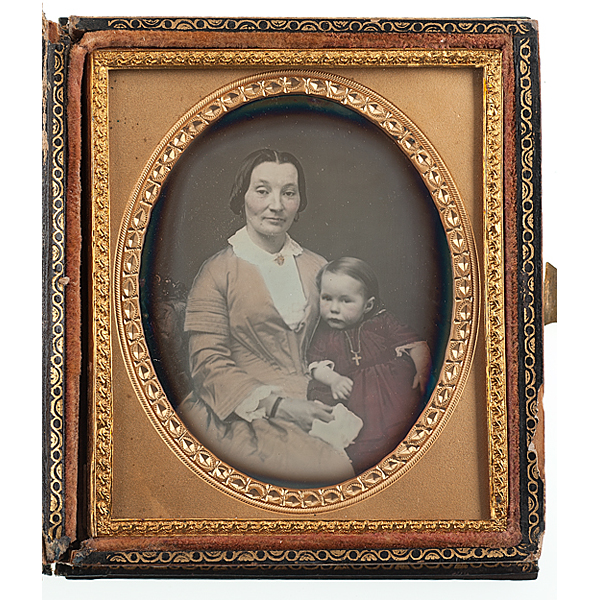 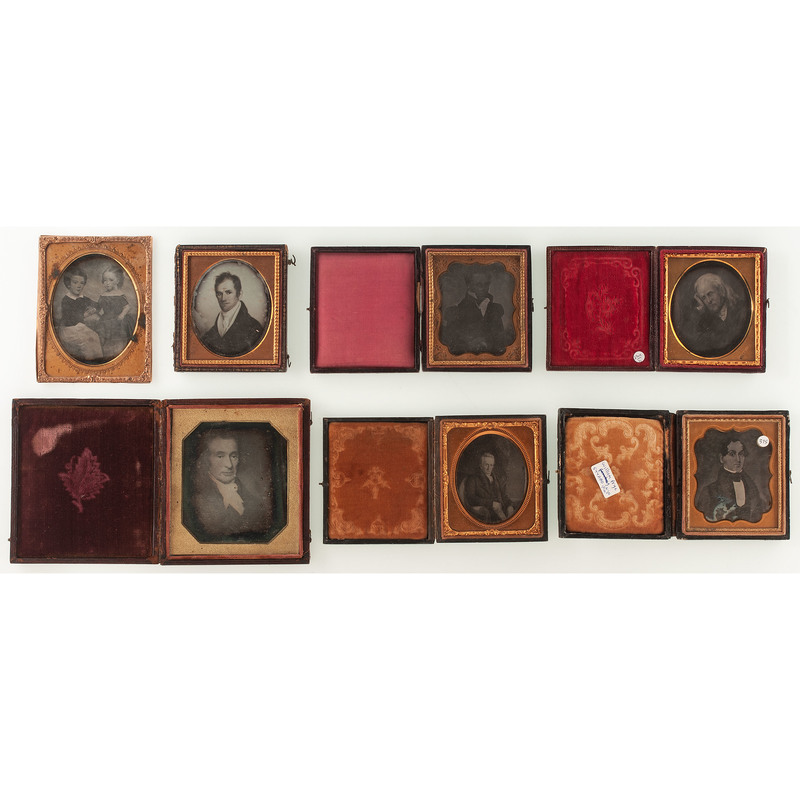