An impressive and historically-important, original (circa 1814) Dockyard (or so-called "Admiralty") Model for the three-decker, ship-of-the-line designed for Lake Ontario service by Henry Eckford in 1814, believed to be the oldest example of a U.S. Navy dockyard model extant. The 1:48 scale model is constructed of mahogany and pine, with exposed frames below ebonized wales with white strakes, scored planking with trenails over, working rudder set on pins, chainplates with deadeyes, vermilion-edged gun ports, finely carved and gilded figurehead, bulwarks and catheads with sheaths, carved quarter and stern badges, semi-open decks with fittings including belaying rail with pins, two interior windlasses, capstan, covered hatches, cleats, bilge pumps, poop rail and companionways, white lead-painted lower gundecks and great cabin, and keel with mast steps etc., mounted on a later, two-piece cradle. Model overall: 14-7/8" x 57-7/8" x 14". The actual ship-of-the-line that this dockyard model represents was laid-down on 15 December 1814 by Henry Eckford and Adam and Noah Brown at Sackets Harbor, New York. She was intended for US Navy use on Lake Ontario during the War of 1812 and was the largest of the ships designed and built by Eckford for such service. This is believed to be Henry Eckford’s original 1814 dockyard model for the then-unnamed ship, but as seen here, with gilt-finished stern bearing a carved likeness of a uniformed figure surrounded by a panoply of arms above the galleries and the name “JAMES MONROE” in gilt letters below. At the time the three-decker was proposed and through the period in which she was being laid-down, James Monroe was the most important member of President James Madison’s cabinet, serving both as Secretary of War and Secretary of State; thus, trimming out a dockyard model with stern decorations bearing Monroe’s name was possibly a move to curry political favor and support for the project by Eckford and others. Following Jackson's victory over the British in early January 1815, the three-decker was ultimately named USS New Orleans by direction of the Secretary of the Navy on 14 February 1815 in celebration of that momentous battle. Designed to carry up to 130 broadside guns, had the New Orleans been launched and fitted out, she would have been the most powerful warship to ever sail on the Great Lakes. However, her construction was halted in March 1815 after the Treaty of Ghent was ratified with Great Britain and she remained on the stocks, housed over, until sold for salvage in 1883. When presented to the De Young Museum in 1907 and during her subsequent period of exhibition, the model was described by the donor as “116 gun ship James Monroe, Builders Model of a large ship of the line, a projected design. American 1800-1815.” Although other information of the model was found in extant museum records relating to this gift, the model was carefully studied by a team of curators and scientists headed by Dana Wegner, Curator of Ship Models of the US Navy’s Naval Surface Warfare Center in West Bethesda, Maryland during 2012-2015, which included endoscope and CAT scan analysis, taking of lines, etc. as well as materials analysis. The paints were sampled and tested by Welsh Color and Conservation, where a pre-1840 dating for all were determined based on analysis of pigments and bonding agents (and their respective degradation over time); while the metal nails and fittings were all found to be hand-forged and glue was horsehide-derived. In his 2015 conclusion to the study by the team, Curator Dana Wegner stated that “We are now very sure that the model represents USS New Orleans (1814). The peculiar lack of knees indicates that the ship was built (or intended to have been built) on the Great Lakes. The overall form of the model seems appropriate for the New Orleans and the measurements of the model match her exactly.” Elsewhere, Mr. Wegner noted that other design features, “mainly around the head rails, indicat 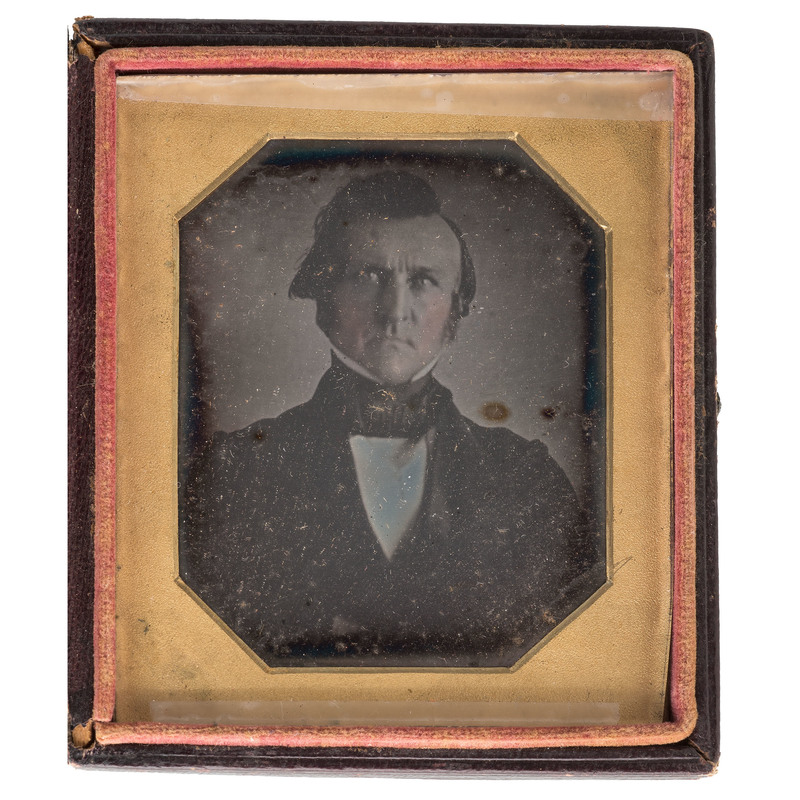 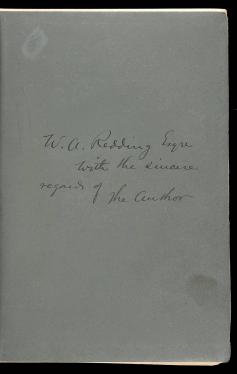 Alexander: A History of the Origin and G Original Photographs Taken on the Battle 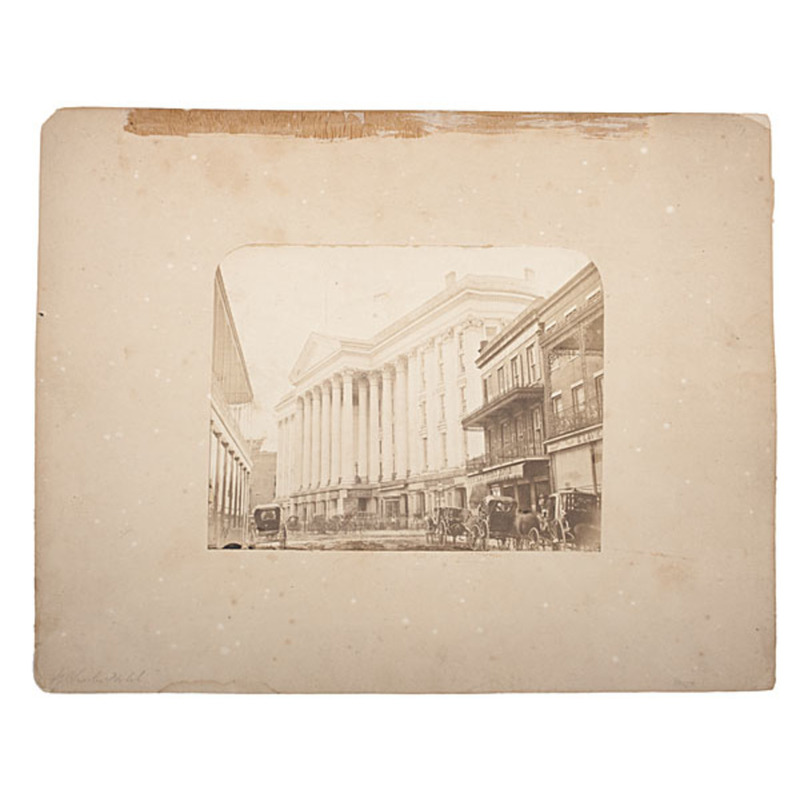 One of the Earliest Known Photographs of 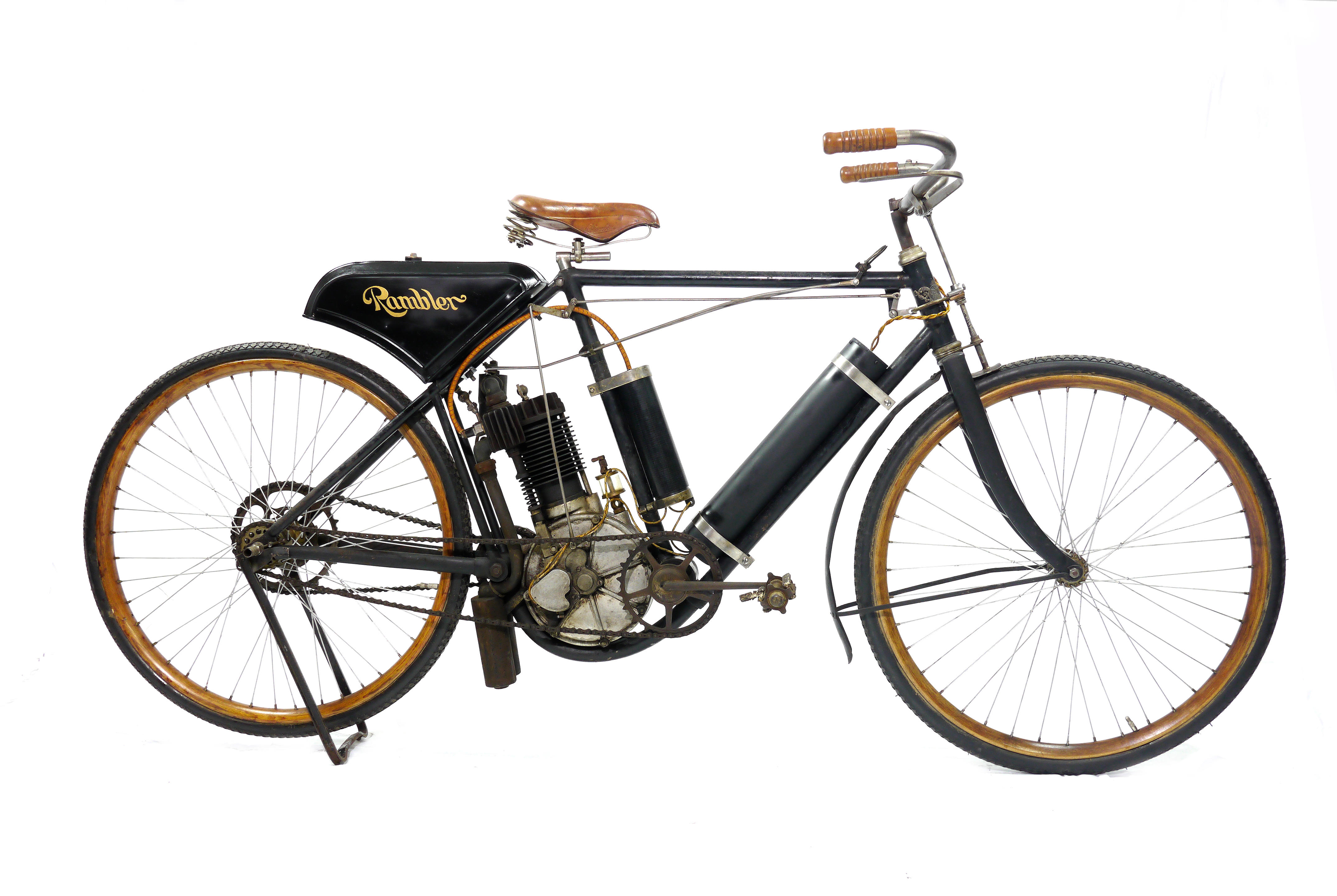 One of the earliest American motorcycles 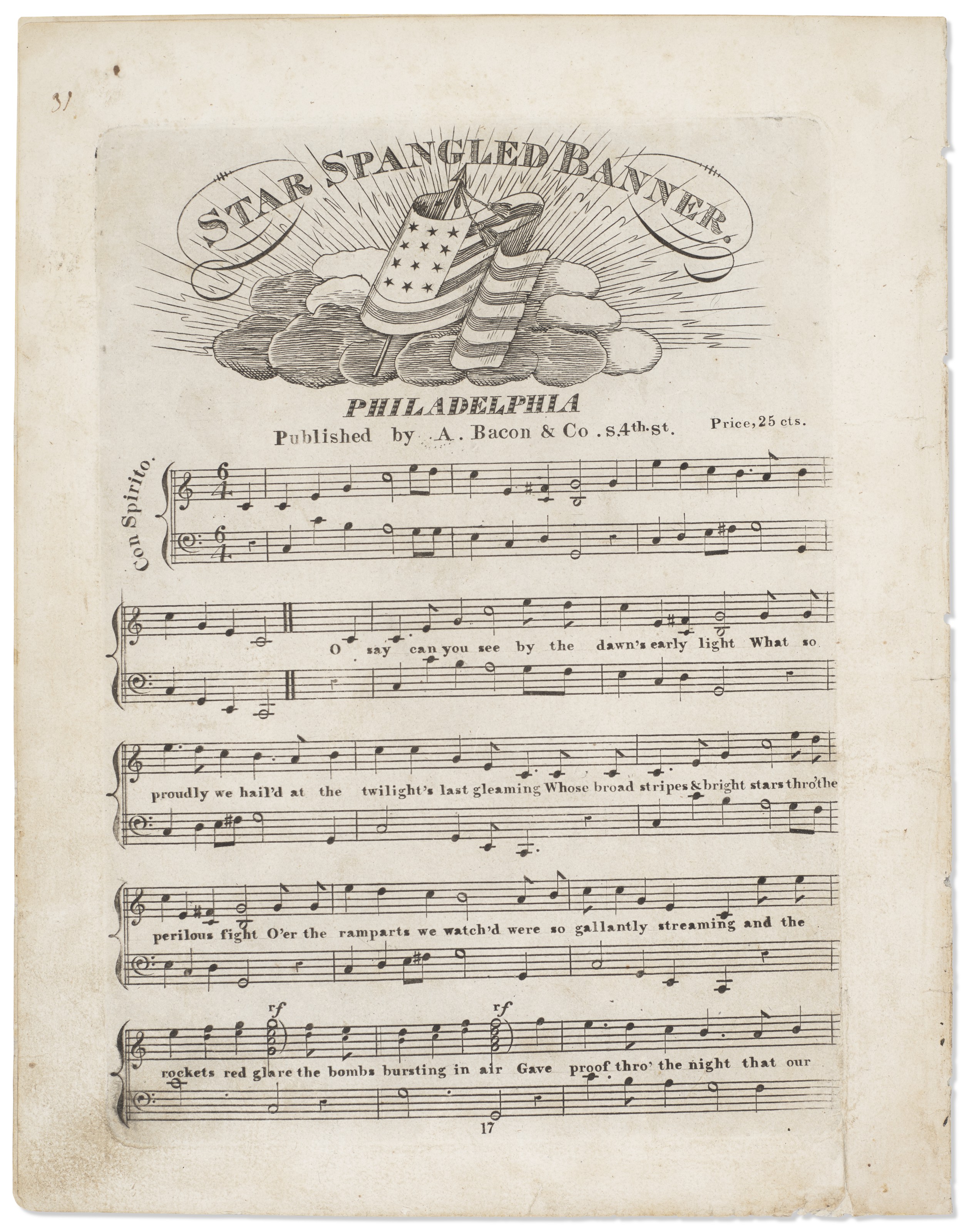 The first sheet music of the "Star Spang

The first sheet music of the "Star Spang 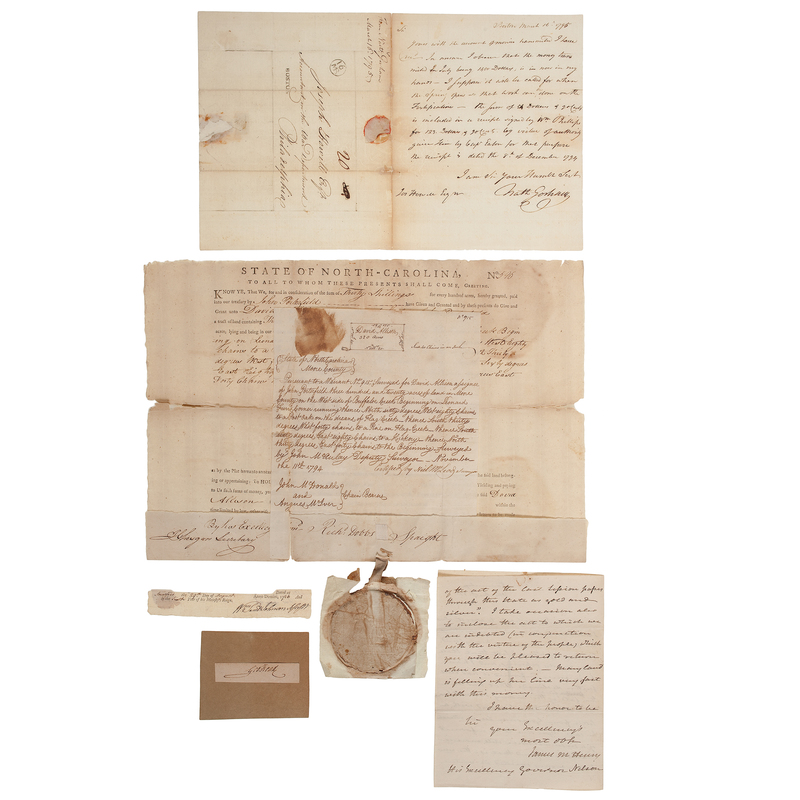 Signers of the Declaration of Independen