WASHINGTON, George, Death of]. The announcement of the death of Washington, in The Western Star, Vol.11, no.6, Whole number 526, 31 December 1799. Stockbridge, Mass.: Printed by H. Willard for Horatio Jones & Co., 1799. Folio, (18 3/8 x 11¼ in.), 4 pages, large decorative masthead on p.1, printed 4 columns to the page. Disbound, small sewing holes, very slight spotting, subscriber's name in ink at top of page 1. NEWS OF THE DEATH OF GEORGE WASHINGTON. A paper printed in a small city in western Massachusetts, graphically illustrating the very rapid circulation of momentous news in this era before electronic communications. Washington's death "called forth a spectacle of universal grief which was remarkable... even by modern standards" (J.A. Carroll & M.W. Ashworth, George Washington: First In Peace , p.648). Occupying all of pages 2 and 3 are black-bordered proclamations reflecting on the man in response to news of his death at Mount Vernon on the 14th. These include President John Adams' Message to Congress, transmitting a brief notice from Tobias Lear: "It is with inexpressible grief that I have to announce to you the death of the great and good General Washington...With perfect resignation, and a full possession of his reason, he closed his well spent life"; a message from Secretary of War McHenry directing that the military will wear black armbands for six months; a resolution in Congress by John Marshall establishing a committee to formulate "the most suitable manner of paying honor to the memory of the man first in war, first in peace, and first in the hearts of his country ." (quoting the famous eulogy of Henry Lee, delivered in Philadelphia on 26 December, which had already become proverbial). 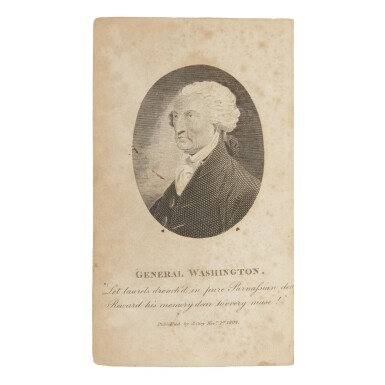 (Washington, George) | A group of seven 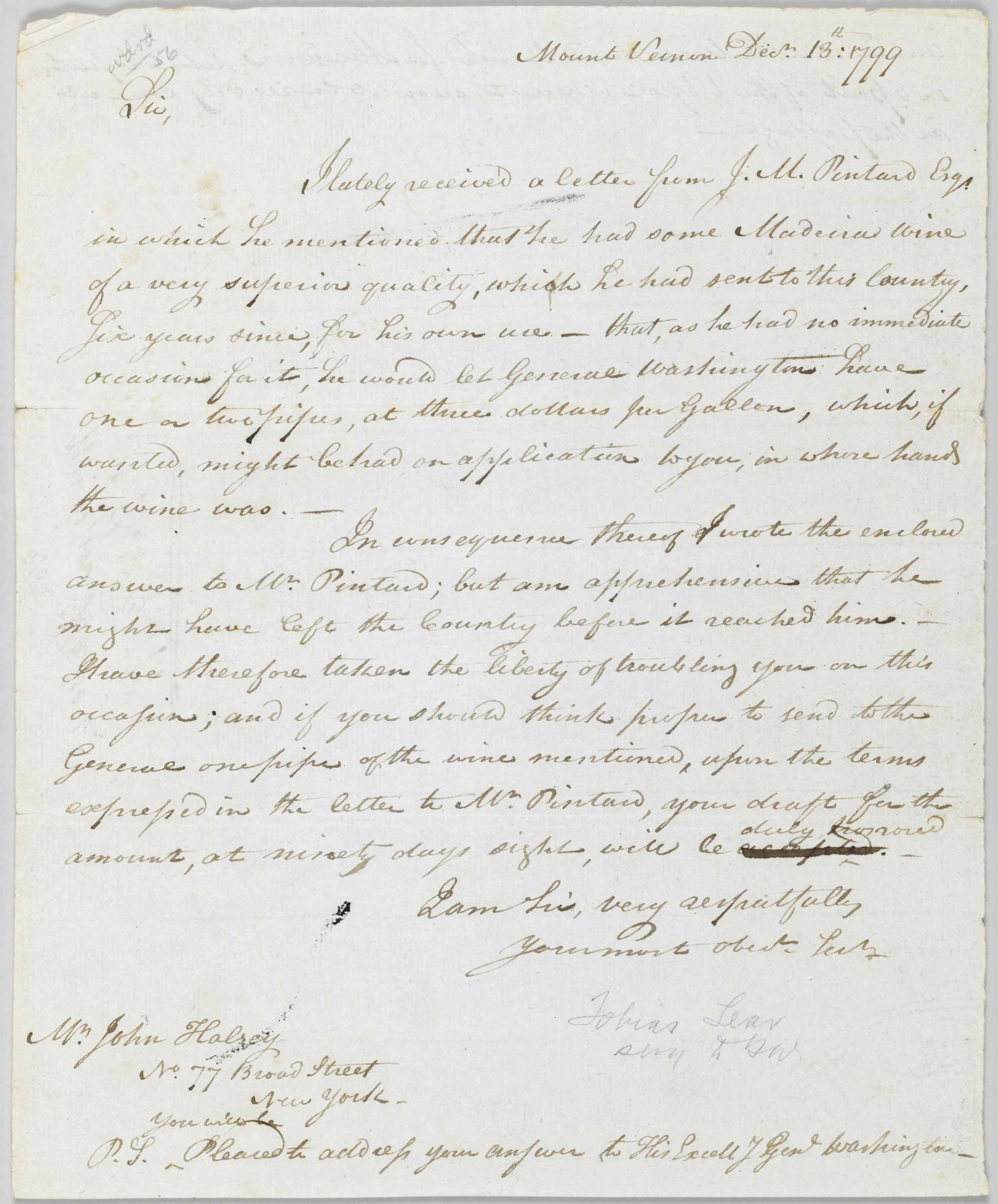 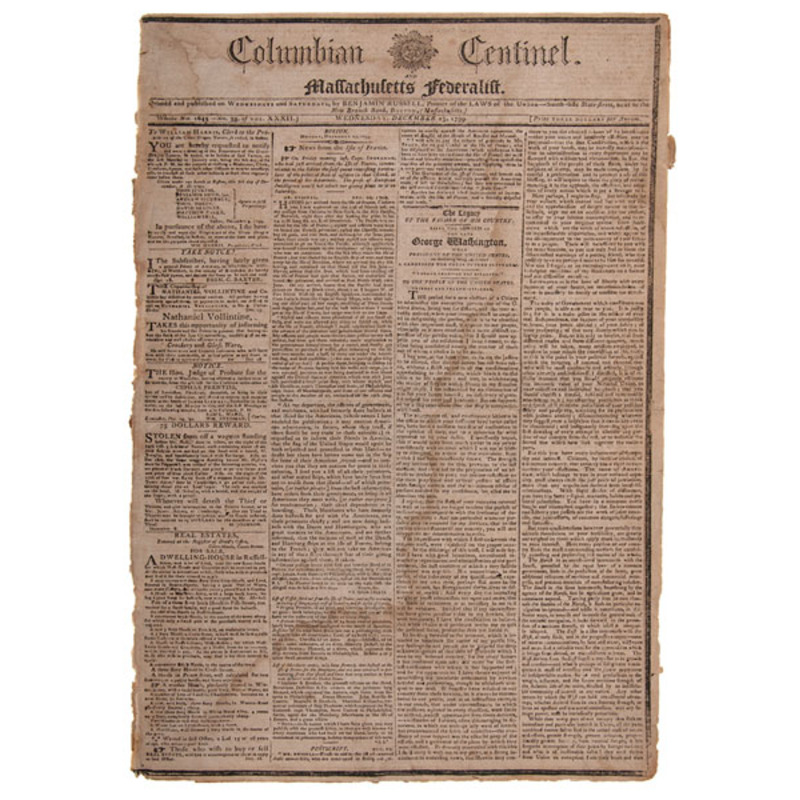