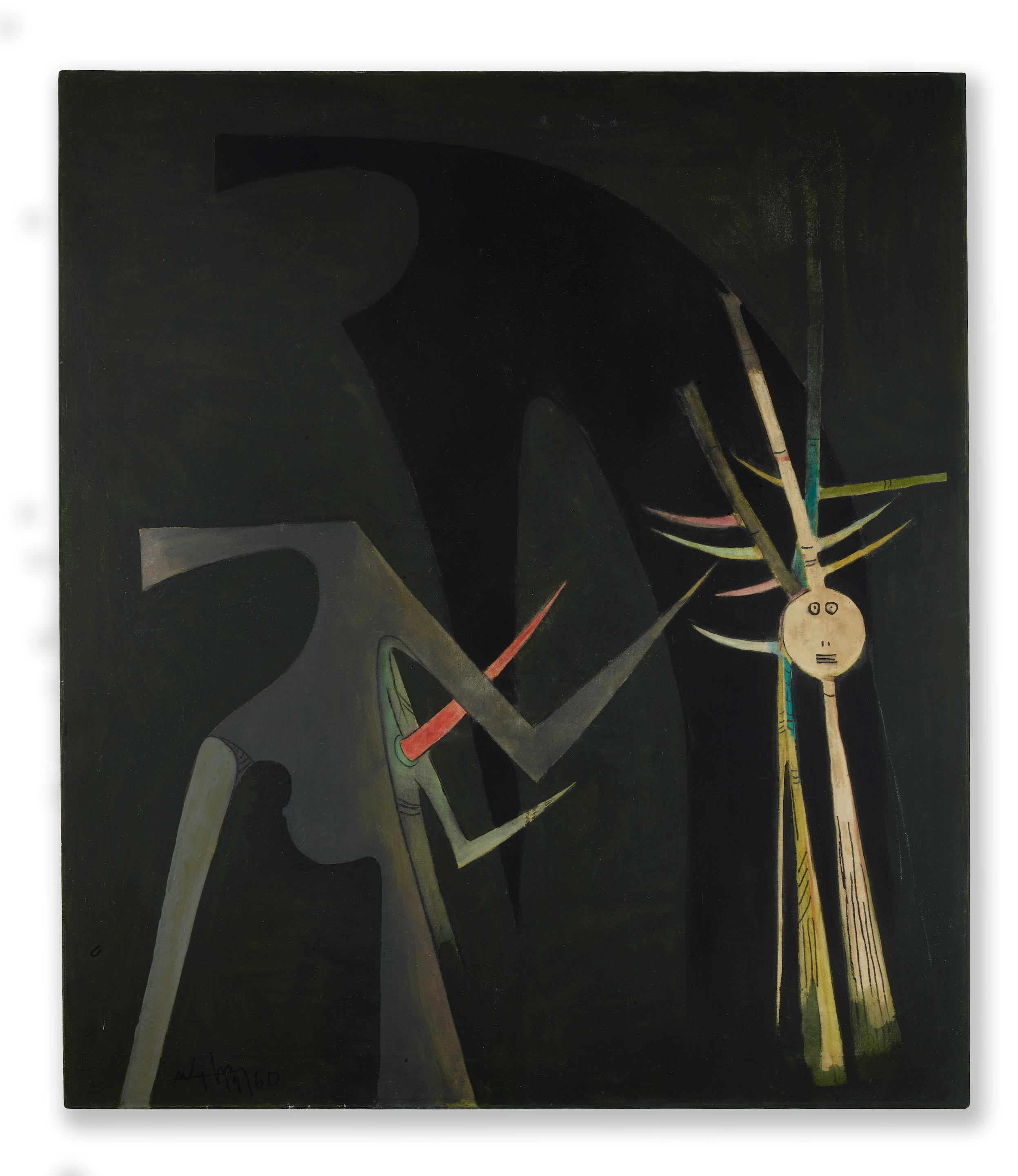 Wifredo Lam (Cuban, 1902-1982) Sans Titre, 1960 signed and dated 'Wifredo Lam 1960' (lower left); signed, dated and dedicated 'Wifredo Lam Milano 1960' (on the reverse) oil on canvas 50 x 43 5/8 in. 127 x 110.8 cm. Fußnoten Provenance Private Collection, Milan (a gift from the artist) Sale: Sotheby's, London, Contemporary Art I, 26 June 1997, Lot 41 Private Collection, London Sale: Phillips, New York, Latin America, 18 November 2015, Lot 30 Acquired directly from the above by the present owner Literature Lou Laurin-Lam and Eskil Lam, Wifredo Lam Catalogue Raisonné of the Painted Work, Vol. 1923 - 1960, Lausanne 1996, p. 485, No. 60.16, illustrated in black and white Wifredo Lam was a leading figure of twentieth-century art. Born in Cuba to a Chinese immigrant father and a Cuban mother of African and Spanish heritage, Lam's global cultural background would deeply influence his style. Known for his groundbreaking blend of Modernist aesthetics and Afro-Cuban imagery the artist's work holds a singular place in Post-War art. This marriage of the old and new worlds is brilliantly illustrated in Lam's untitled masterwork from 1960. Lam studied fine art in Havana and at an early age he began to exhibit his traditional, academic work. He continued his education in Madrid where he secured an introduction letter to Pablo Picasso who was safely ensconced in his studio in Paris during the Spanish Civil War. Following this, Lam left Spain for the French capital in 1938, where he was welcomed into Picasso's inner circle and befriended many Surrealists who helped shape his evolving style. He remained in Paris until 1941, when he returned to his native country and began to practice the Santería religion. This interest in the occult and mysticism would deeply affect Lam's work and practice, as well as his personal life. Lam returned to Europe in 1952 and he established a studio in Albissola Marina, Italy in 1960. This was the same year that the present work was executed and which would mark a pivotal stylistic development in his practice. Not only had he come into his own as a painter, casting aside the Surrealist label, but his compositions, dominated by a figure that can best be described as part human, with a touch of flora and fauna, were now fully formed and uniquely his own. The canvas vibrates with a maturity and confidence that makes it a prime example of Lam at the height of his powers. Success and recognition continued in 1964 as he received the Guggenheim International Award, and in 1966–1967 a traveling retrospective of Lam's work was held at the Kunsthalle Basel; the Kestner-Gesellschaft, Hannover; the Stedelijk Museum, Amsterdam; the Moderna Museet, Stockholm; and the Palais des Beaux-Arts, Brussels. More recently, Lam was the subject of a major career retrospective the Centre Georges Pompidou, Paris; the Museum Nacional Centro de Arte Reina Sofia, Madrid and the Tate Modern, London. Lam's works are in the collections of numerous public and private institutions around the world, including; The Museum of Modern Art in New York; the Art Institute of Chicago; the Museo Nacional de Bellas Artes in Havana; the Museum of Modern Art in Brussels; the Reina Sofia Museum in Madrid and the National Gallery of Art in Washington, D.C. amongst many others. 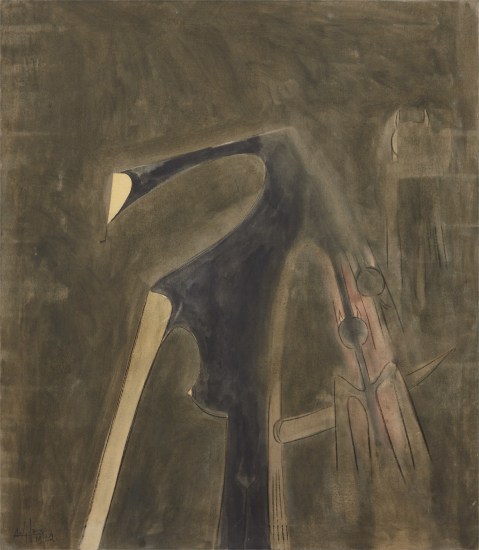 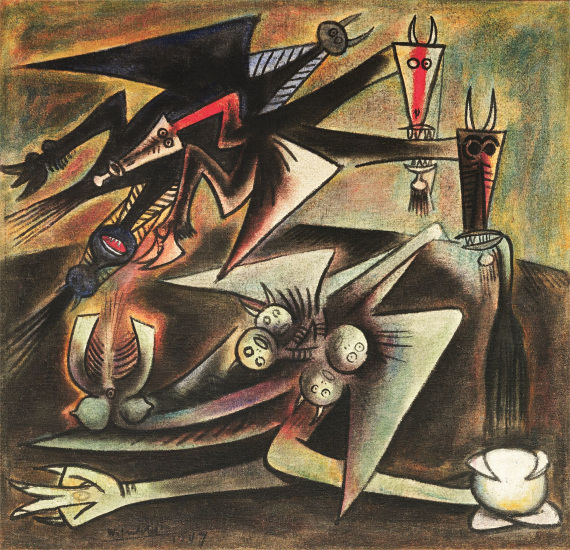 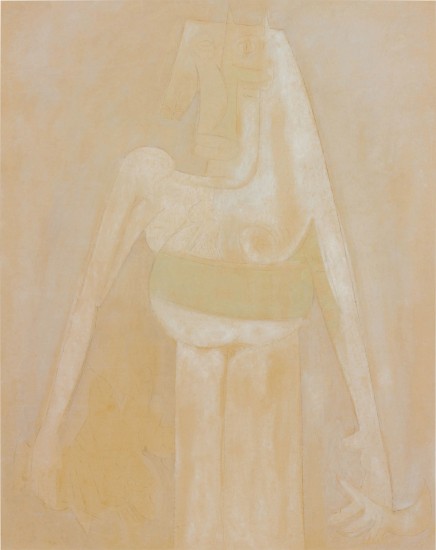 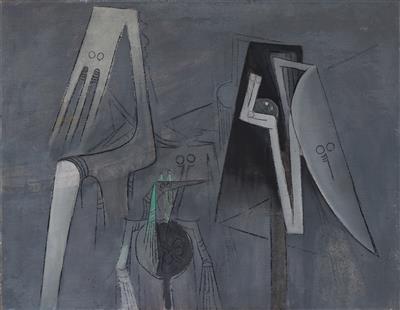 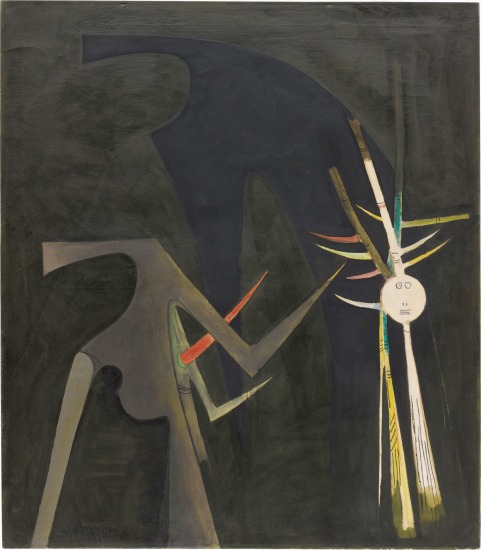 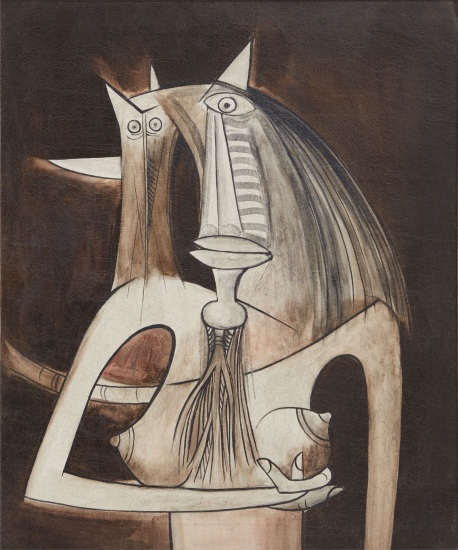 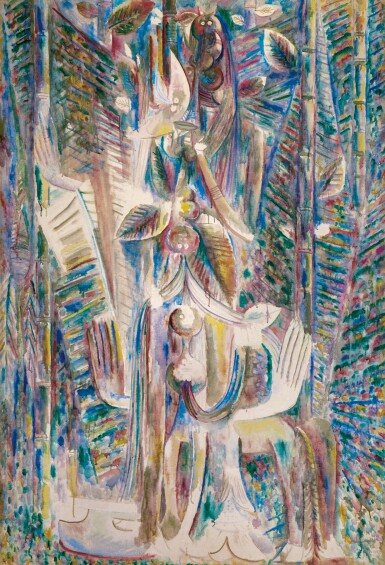 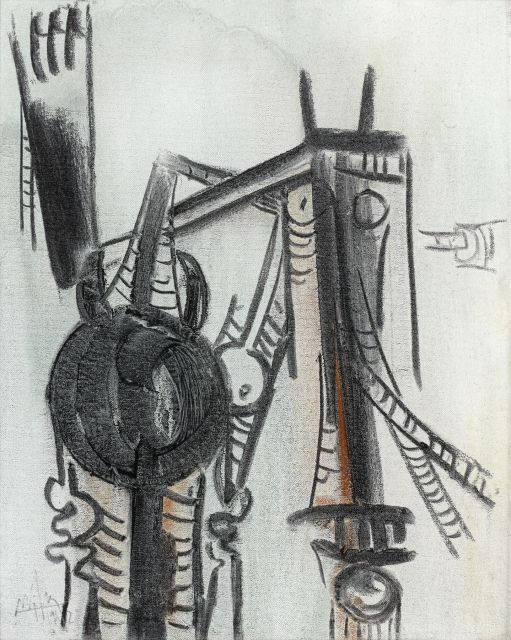 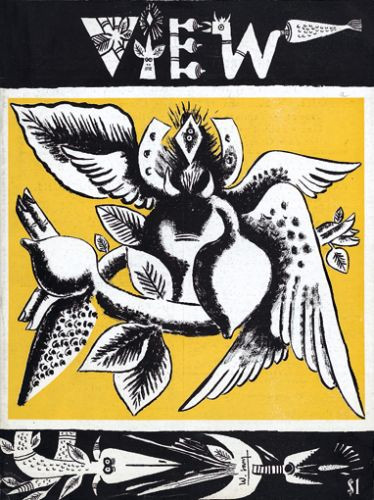