WORDSWORTH, William (1770-1850). Autograph poem signed, a sonnet 'Composed in the Trossacks Oct . 1831', beginning: 'There's not a Nook within this awful Pass But were an apt Confessional for One Taught by his summer spent his autumn gone, That life is but a tale of morning grass Wither'd at eve ...' fourteen lines of verse, including 2 minor variants of the published poem , dated 'Rydal Mount, Oct . 20th 1831' and 'transcribed by the author for Miss Allen', signed at the foot, one page, 4to , laid down in a 19th-century album, ownership inscription of Miss Alicia Allen, a few cut signatures and ephemera; together with WORDSWORTH, Mary (1770-1853). Autograph letter signed to Miss Allen n.p. [Rydal Mount], n.d. , enclosing the poem and saying that it is 'almost the only use Mr. Wordsworth has made of his eyes for many, many weeks' and that he has returned with his daughter from a visit to Sir Walter Scott 'and wandering in Scotland', also expressing the wish to have good news of a mutual friend and warning Miss Allen in a postscript 'The sonnet Mr. W. sends you has not been printed. You will not therefore not allow it to be copied', 1½ pages, 4to , address panel. The Trossacks was published in Yarrow Revisited and Other Poems (1835). Wordsworth wrote of it that he had first seen 'the Trosachs' with Dora and Coleridge, and that the sonnet was coloured by his recent visit to Scott, and the melancholy errand on which he was going [to Italy, in the hope of saving his health]. Miss Allen for whom the copy was written, lived at Cheltenham, where Mary Wordsworth had no doubt met her in May 1831 on her visit to see the educationalist Dr. Andrew Bell, a friend of Southey, who was gravely ill and died the following year. 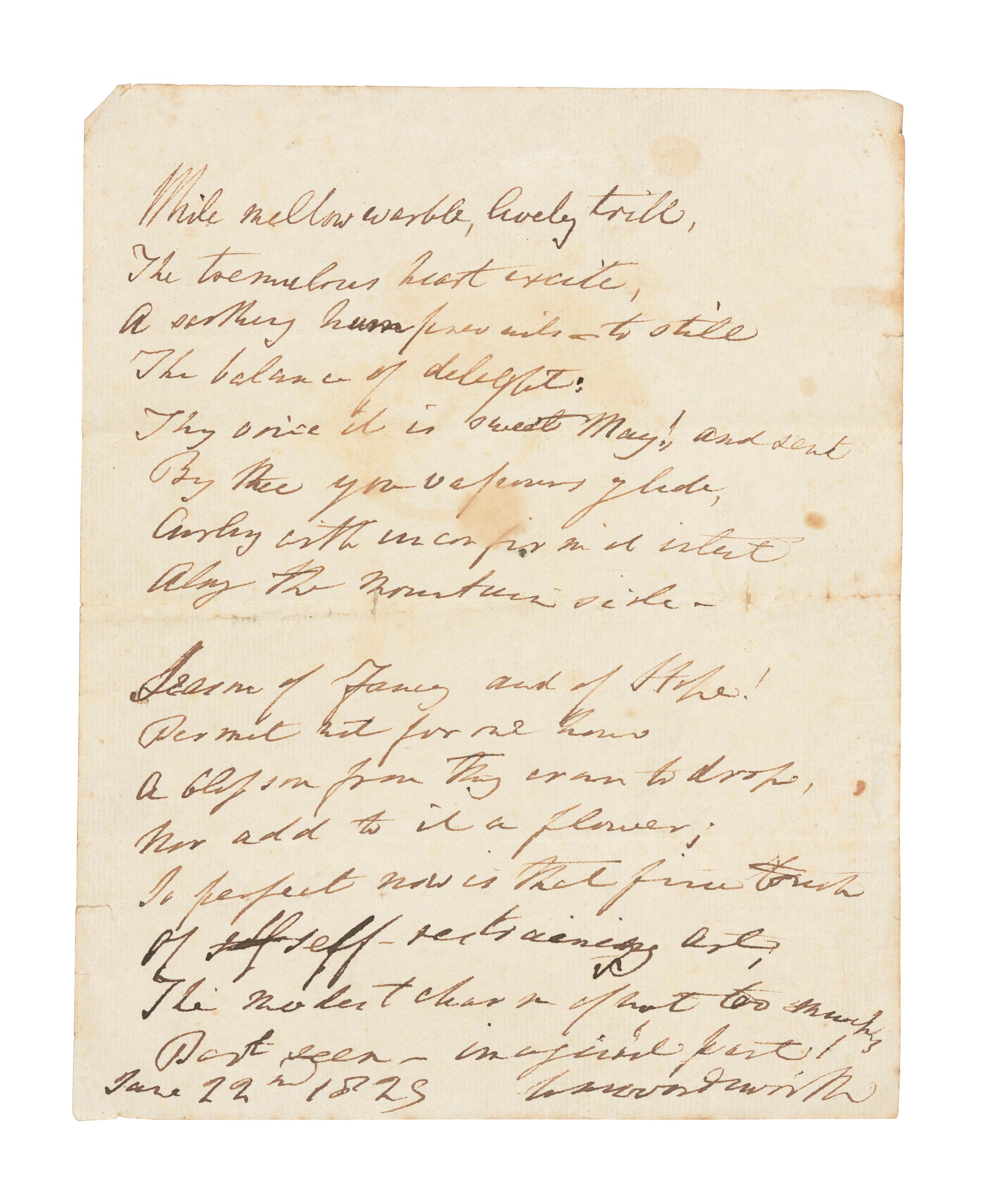 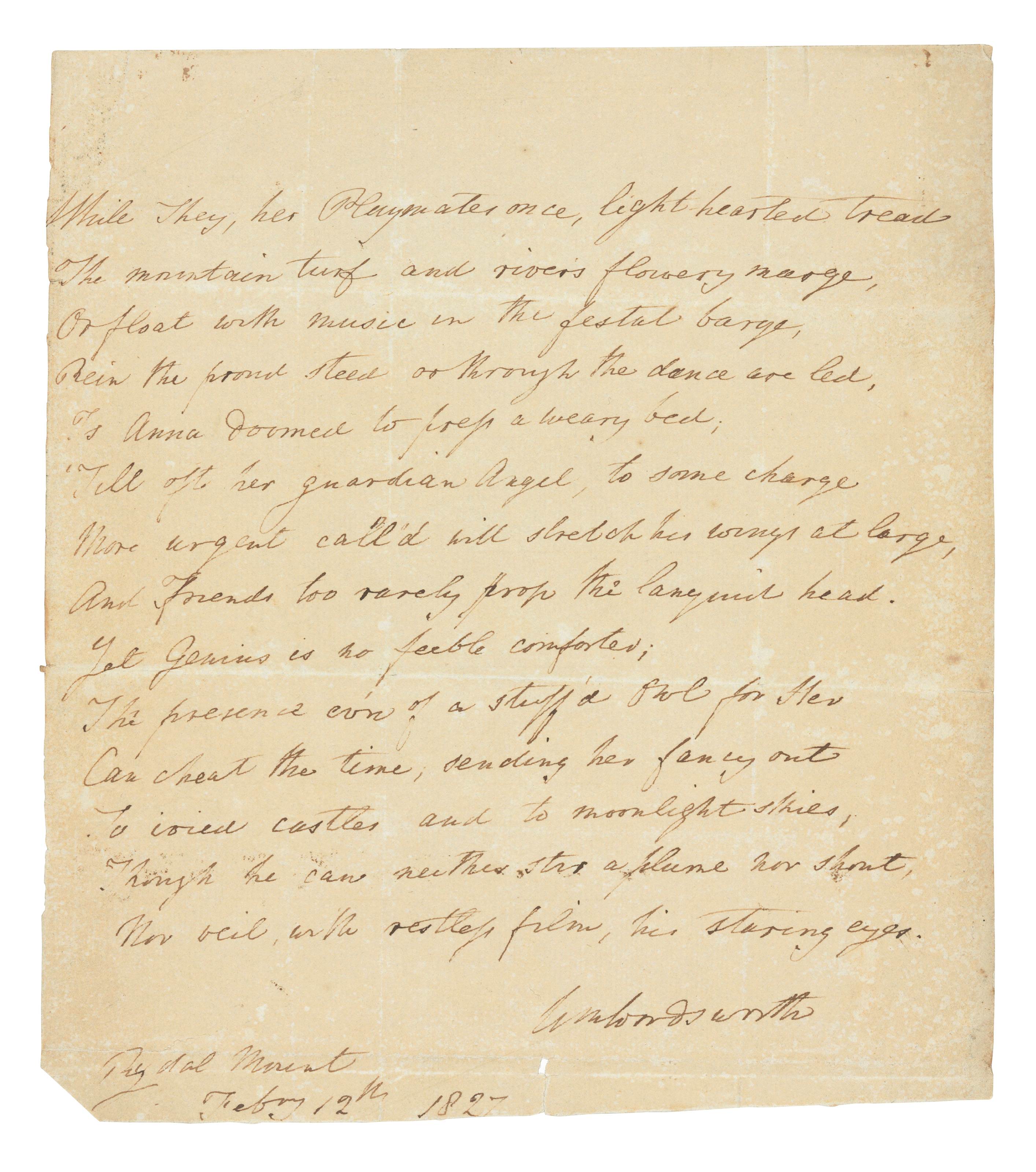 AUTOGRAPH COLLECTION]. A collection of a