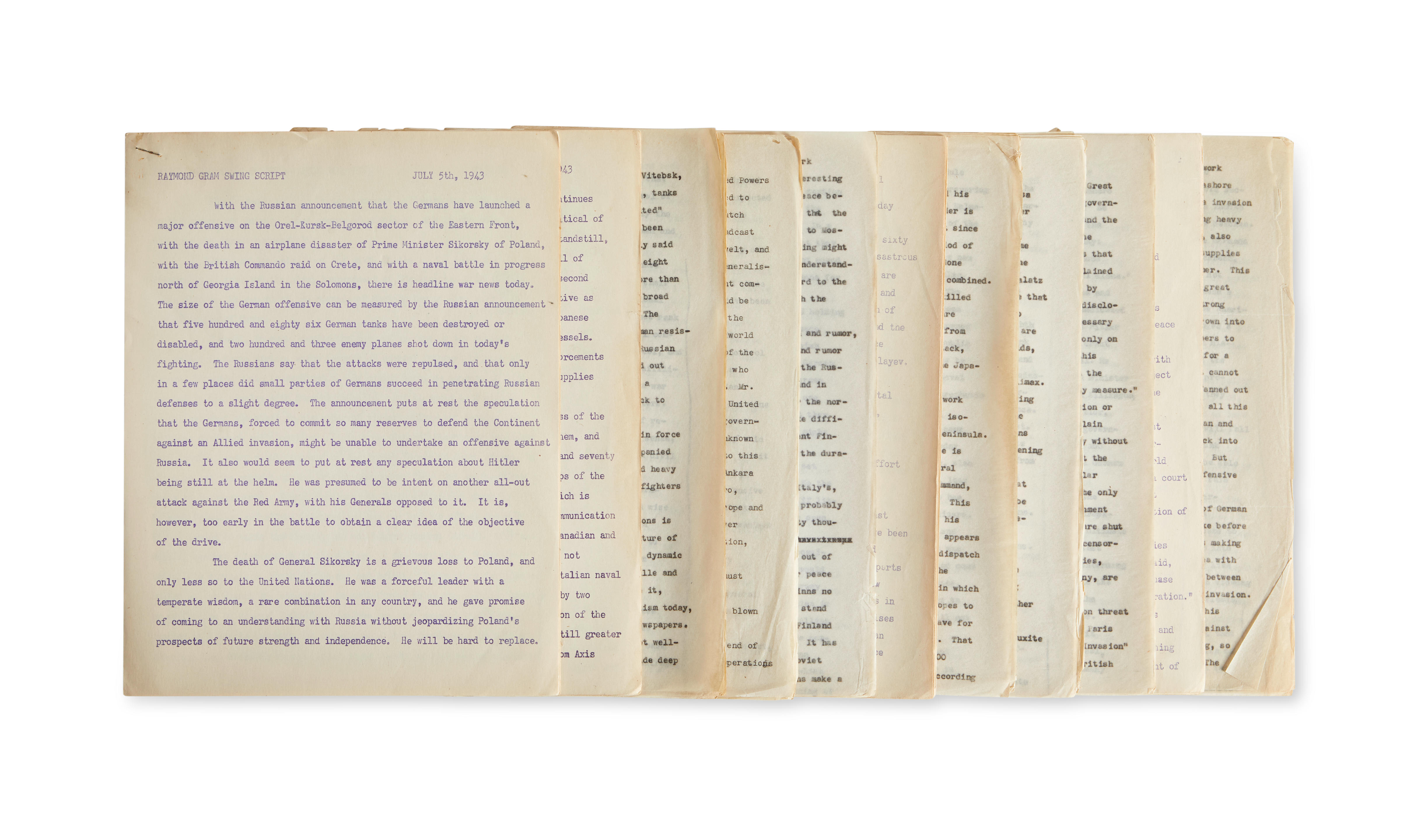 Raborg, Major Paul. 1886-1956. A volume of radio broadcast news scripts on the Progress of the War, written and read by Major Raborg. Broadcast on the International News Service, and Radio WINS, New York, March 26th 1943 - May 22, 1945. A bound volume containing 182 scripts for radio broadcasts, each between 2 and 6 leaves in length, a total of 697 leaves. 4to. Carbon copies, some with manuscript amendments, most with a pencil note on the first page, "Montgomery Evans". Institutional cloth binding; Together with a small group of correspondence by Evans and Raborg, and 11 additional broadcast scripts on the war situation by commentator Richard Gram Swing for Radio WNAL, Roneo and carbon copies, unedited. July 5th 1943 - June 12 1944. Provenance: Major Raborg: Gifted to Captain Mongomery Evans, New York National Guardsman. An interesting survival of Major Raborg's radio broadcasts on the International News Service (a short news broadcast around the world), and radio WINS, gathered together by his friend and protege, Montgomery Evans, who collected the scripts together in 1949. Raborg was a busy journalist, and is sometimes writing and delivering a news slot almost every day in the form of a commentary on events and how the commanders in the field were operating and thinking. Raborg was an inciteful military strategist, having spent a lifetime in the military. He served in the Mexican American War, and afterwards appointed aide de camp to General Tasker Bliss, Americas foremost expert of military history and strategy, and Raborg learnt from the master. In WWI he was a machine gun officer on the frontline and received 8 medals for his service. At the outbreak of WWII he became a useful source of expert opinion on tactics and military operations, and was given his own spot on INS, and on a syndicated US radio news slot on Radio WINS, as well as a regular daily column with the Brooklyn Daily News. In 1942 Raborg published the definitive text on Mechanized warfare. In all his writings, Raborg had an inciteful understanding of both military affairs and geopolitics, making his broadcasts exceptionally interesting and revelatory to a student of WWII history. The additional 11 broadcasts from Richard Swing are equally interesting as Swing was a competitor on the airwaves. Swings broadcast on June 12th, with the allies tied down in the Normandy bridgehead, expounds on his idea of a German counterattack against the Allies and from his military intelligence reports on disagreements between Von Rundstedt and Rommel over a proper defense, going on into a discussion about the US relationship with the French Committee, led by de Gaulle, and the problems of not recognizing that organization. LOT OF WORLD WAR II US ARMY UNIFORMS AND LOT OF WORLD WAR II US NAVY AND USMC UNI 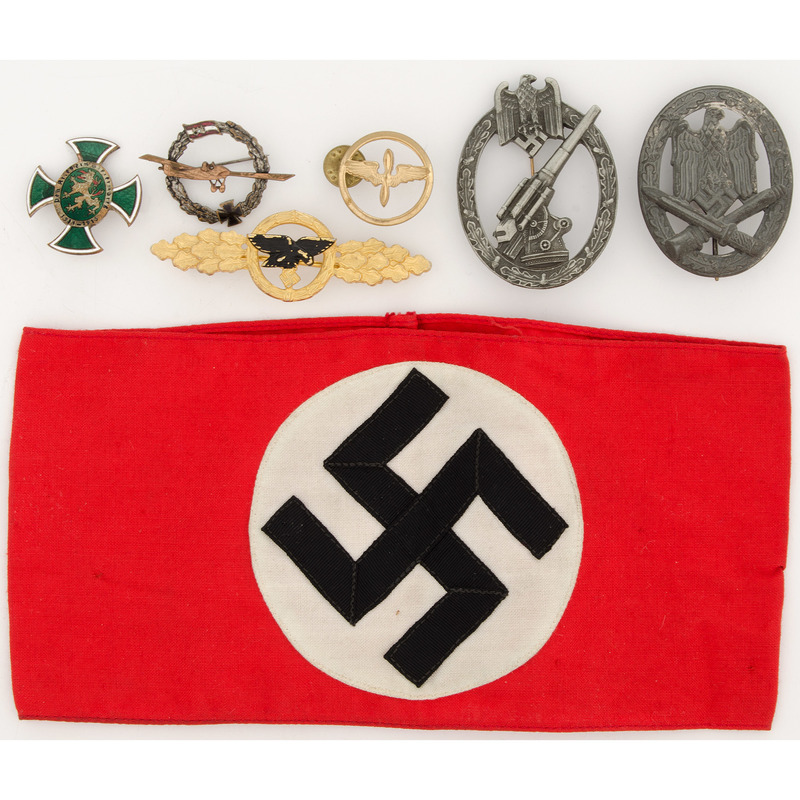 World War II German, Austrian, and US Me 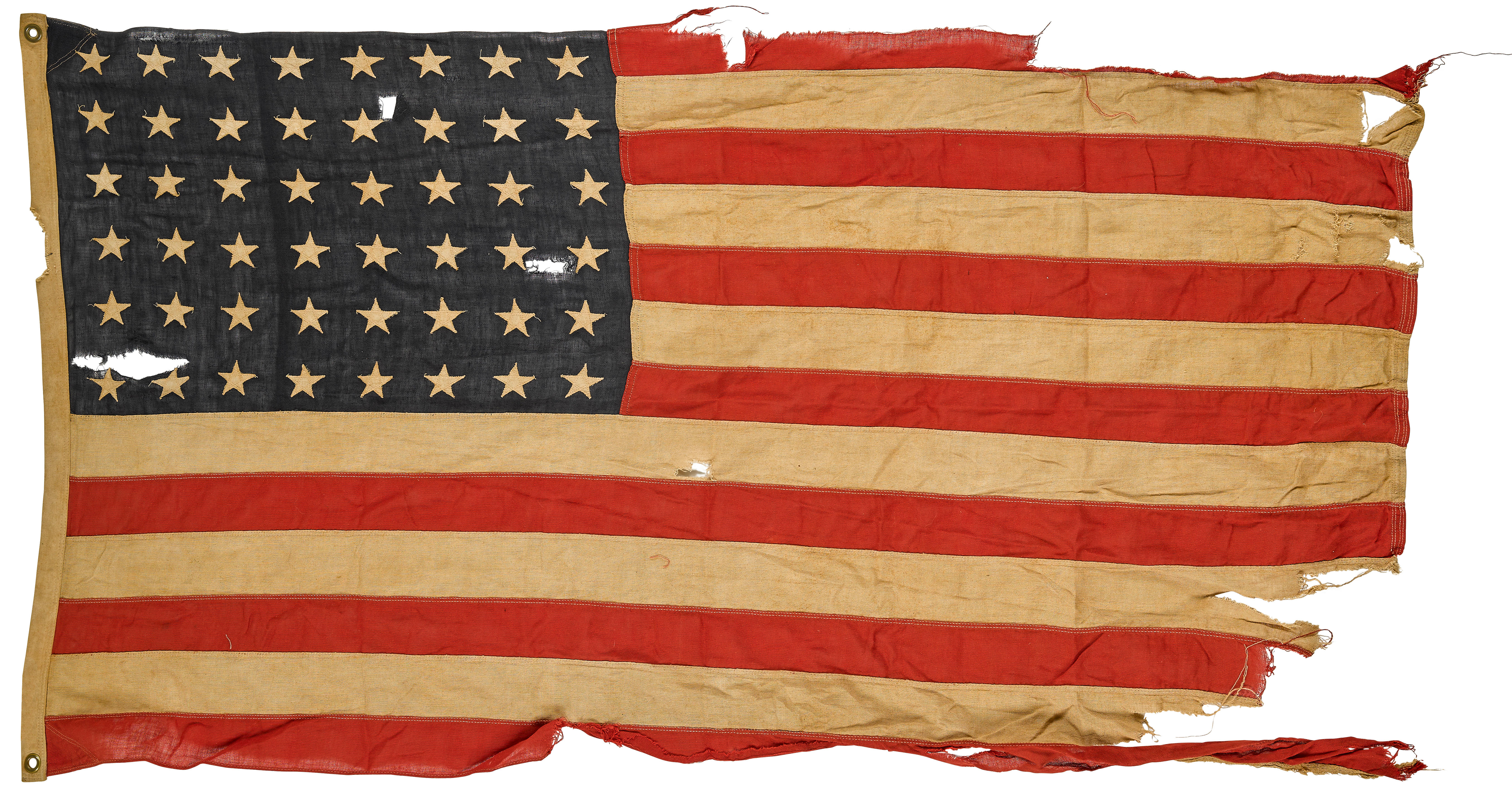 LARGE LOT OF 27: US WORLD WAR I AND WORL 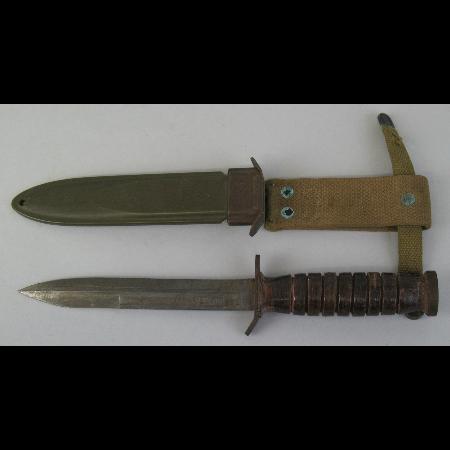