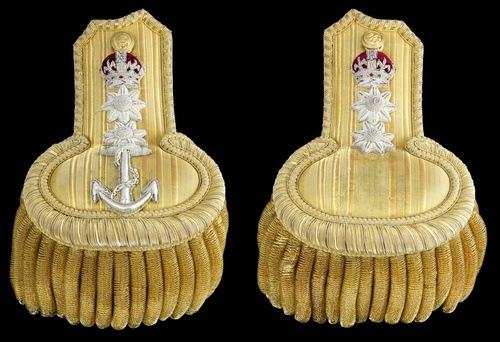 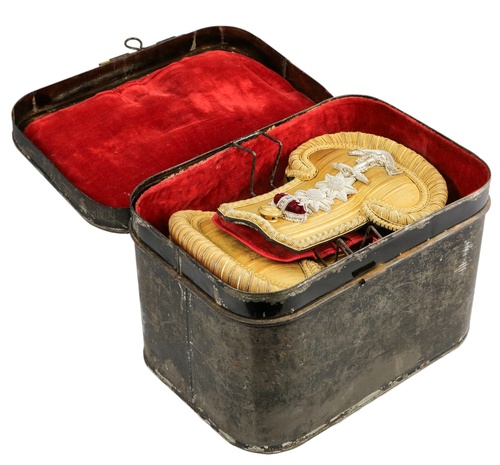 (x) The epaulettes worn by Commodore 1st Class C. A. "Iceberg Charlie" Bartlett, C.B., C.B.E., R.D., Royal Naval Reserve, who arranged the recruitment and victualling of R.M.S. Titantic for White Star Line, and was Captain of the Britannic when she sank off Greece after hitting a German-laid mine A fine quality pair of post-1902 Naval Officer's full dress epaulettes of regulation pattern, gold lace straps and purl fringe, the straps embellished with a King's Crown over two stars over a fouled anchor (Commodore 1st Class), contained in their black japanned metal carrying case lined with red velvet, this with brass plaque 'C. A. Bartlett, R.N.R.', the left epaulette missing fouled anchor, otherwise in very good condition, see illustration Charles Alfred Bartlett was born in London on 21 August 1868, the illegitimate son of Captain Sir John Sydney Webb and Miss Ellen Bartlett, who came from a family of Brixham trawlermen. Apprenticed to the barque Airlie, of Messrs. D. Bruce & Co., he spent six years with the British-India Steam Navigation Company before joining the White Star Line in 1894. The previous year he was commissioned a Sub-Lieutenant in the Royal Naval Reserve. He was a pivotal figure in Titanic's early development, overseeing the recruitment of her crew as Marine Superintendent at Liverpool. He was conversant with the hazards associated with Atlantic sea travel, and his ability to 'smell' ice was uncanny. Renowned for his cautious seamanship, he was affectionately nicknamed "Iceberg Charlie" by his crewmen and grateful passengers. He was supposed to be the Titanic's new Captain after Captain Edward Smith retired, but Smith insisted on continuing as Captain for her maiden voyage. Many have speculated whether Titanic's fate might have been different with "Iceberg Charlie" at the helm! Bartlett is best known as the Captain of H.M.H.S. Britannic from 1915 to 21 November 1916, when she sank after hitting a German mine off the Greek island of Kea. Britannic, a Hospital Ship, foundered in 55 minutes with the loss of thirty souls. Captain Bartlett was portrayed by John Rhys-Davies in the 2000 Fox Family Channel movie Britannic. He retired in 1931 with the rank of Commodore 1st Class, and died in a nursing home in Waterloo, near Liverpool, on 15 February 1945; sold with copied research. 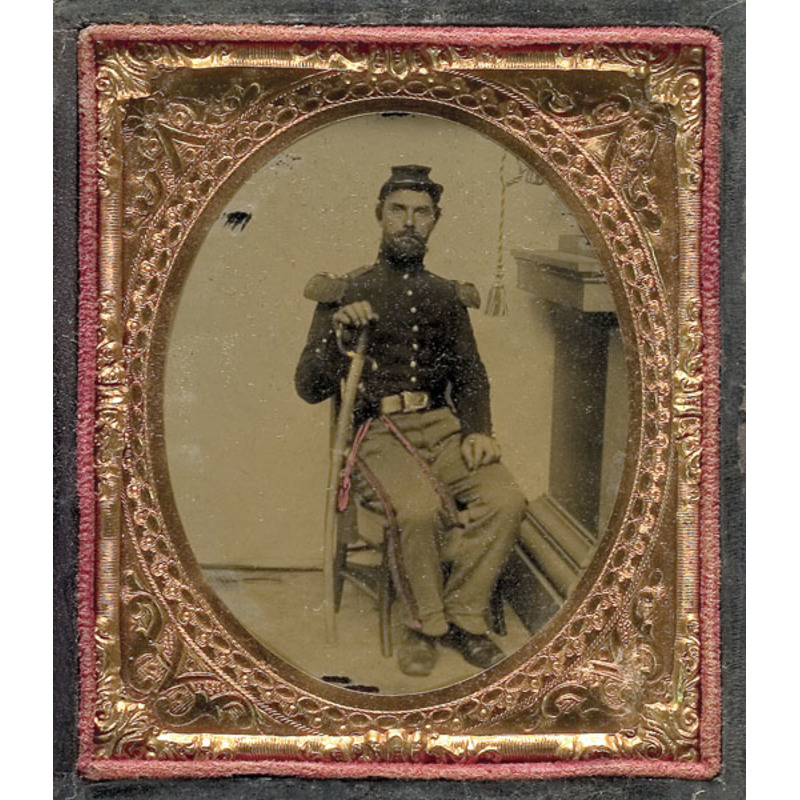 Robert Shaw from The Battle of the Bulge 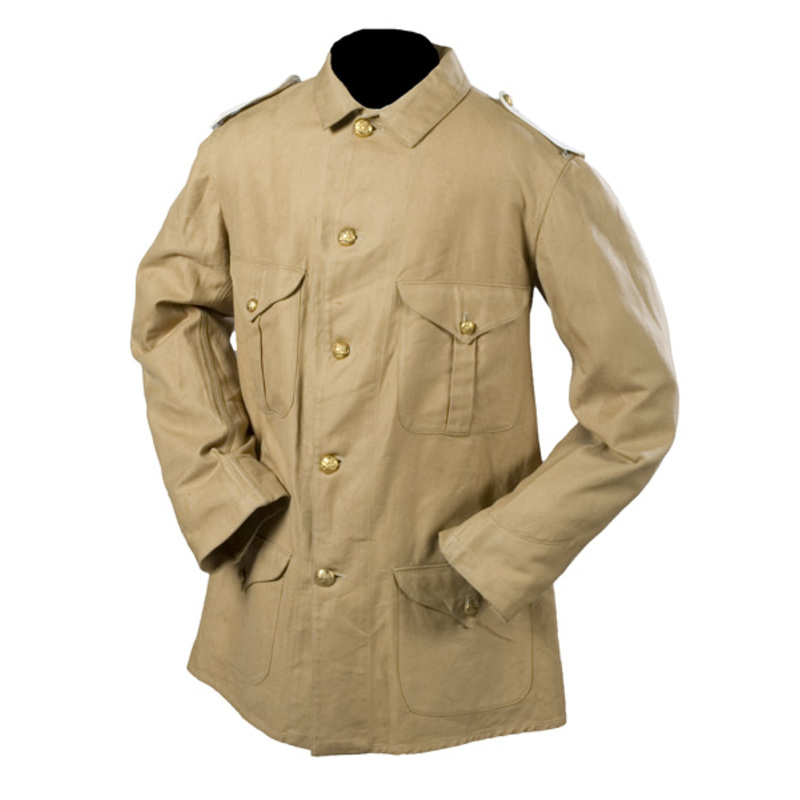 The Clash/Paul Simenon And Joe Strummer