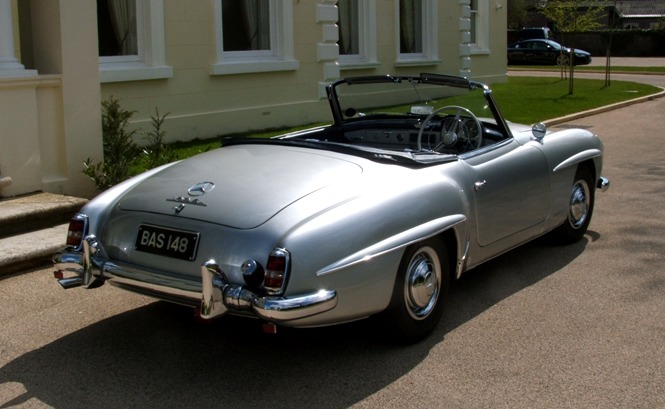 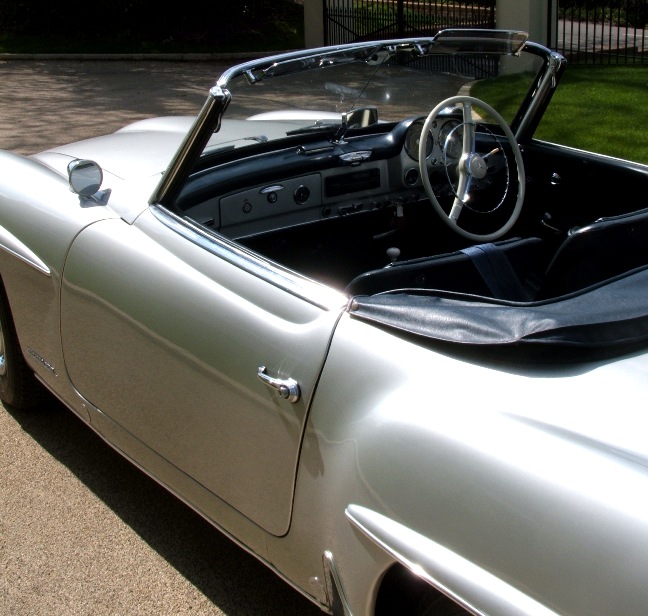 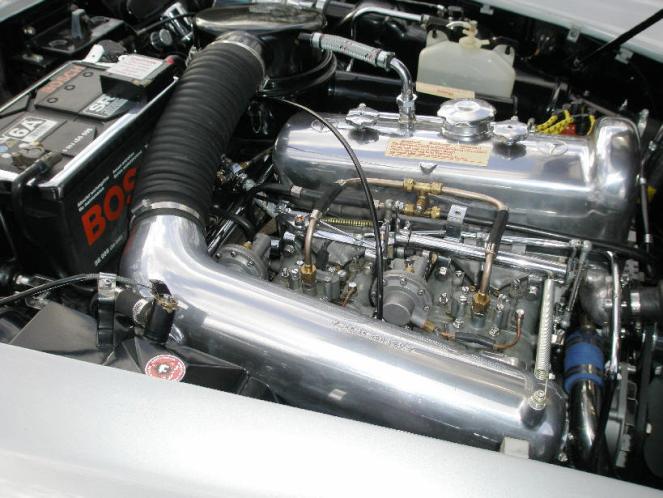 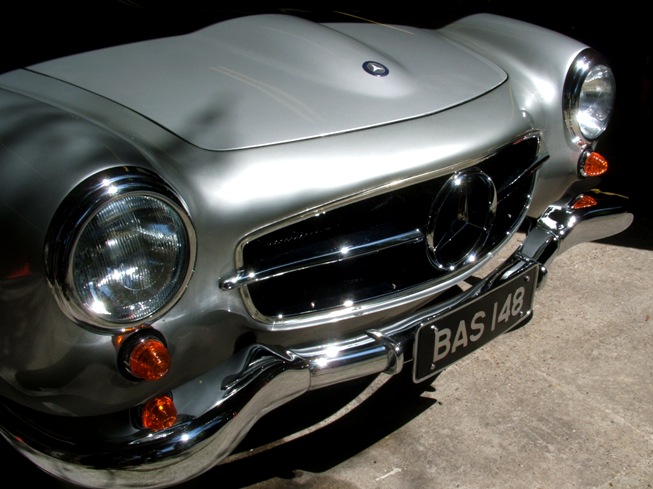 The Mercedes-Benz 190SL was a two door convertible that was produced between May 1955 and February 1963, the prototype was first shown to the world at the New York motor show of 1954. The 190SL was produced and sold alongside the 300SL, its larger and more expensive stable mate and closely resembled it in the styling and its fully independent suspension, with both cars having double wishbone suspensions at the front and swing axles at the rear. The 190SL did not use the 300SL's purpose-built tubular space frame W198 platform but was instead built on the shortened monocoque R121 platform, which was modified from the W121 small saloon platform. The 190SL was powered by a completely new 1.9 Litre four cylinder inline engine that developed 120 gross hp. In fact, the four cylinder engine block of the 190SL was based on the six cylinder engine of the 300 SL The 85 mm bore was transferred unchanged from the larger engine to the smaller, although the stroke for the 190 SL was reduced from 88.0 mm to 83.6 mm. The car was available either as a soft-top convertible or with removable hardtop. Another option was the third-passenger transversal seat that could even fit an adult. In its early life, the 190SL could also be had as a sports-racing model with small Perspex windscreen and aluminum doors. In 1959, the hardtop's rear window was enlarged. This stunning righthand drive UK supplied 190SL was first registered on 4 th March 1958 and is finished in silver coachwork (DB180) with dark blue leather bucket seats, blue carpets and blue roof. A well known car in Mercedes circles and previously registered '11 BP', it was owned by British Petroleum for many years, hence the registration. The subject of a total restoration during the 1980's and a cover car for the January 1988 edition of Classic Cars magazine, in which it was featured in a two page colour article following its restoration, a copy of the magazine is supplied within the history file. Presented today in fine order throughout with a particularly well detailed engine bay, BAS 148 is fitted with an extremely rare and original sill mounted chrome radio antenna, which is fixed on the nearside (not shown in the pictures), the original dashboard mounted clock and original Solex carburettors. Another attractive feature of this car are the rare leather bucket seats which allow more support for spirited driving and have seatbelts attached. The history file contains a number of previous MoT test certificates and Tax discs, UK V5 registration document, current MoT test certificate and a number of invoices from various Mercedes specialists. In addition there are two FIVA competition cards from the nineties and a set of workshop manuals are also included. This 190SL has an interesting history, is very well presented and is in eminently usable condition. Indeed buyers would be hard pushed to find a better example and with the values of the 300SL Roadster now unobtainable for most, this 190SL represents superb value for money. 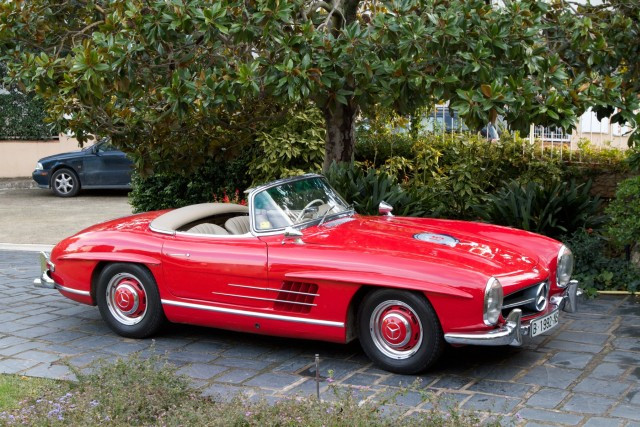 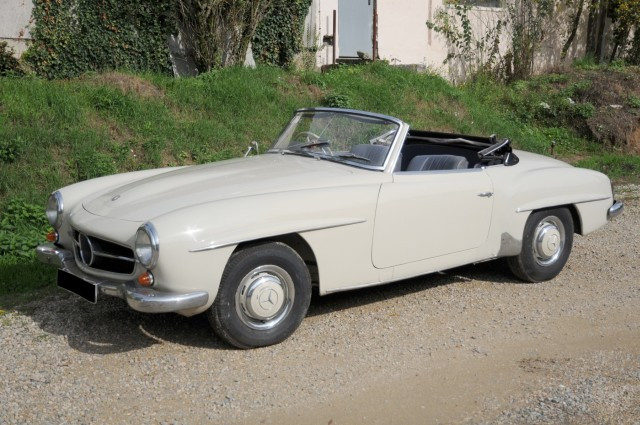 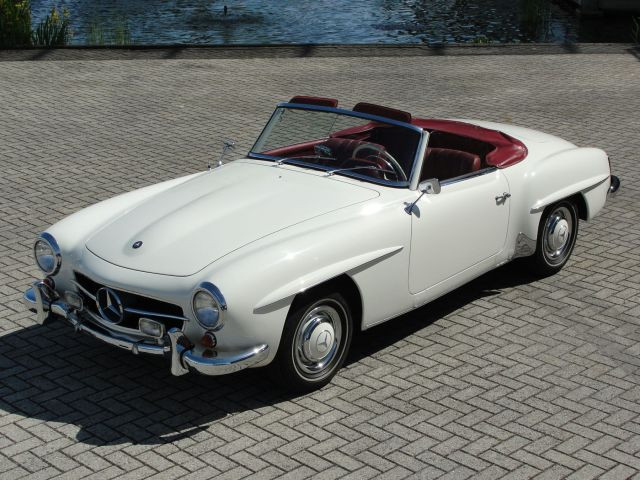 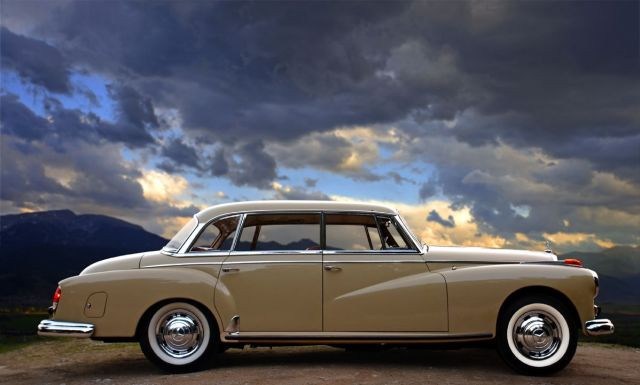 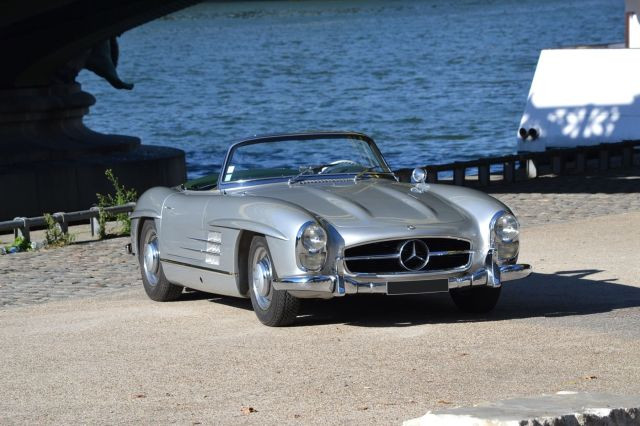 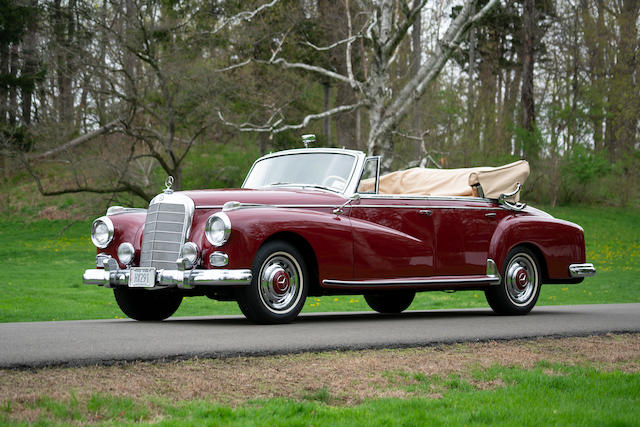 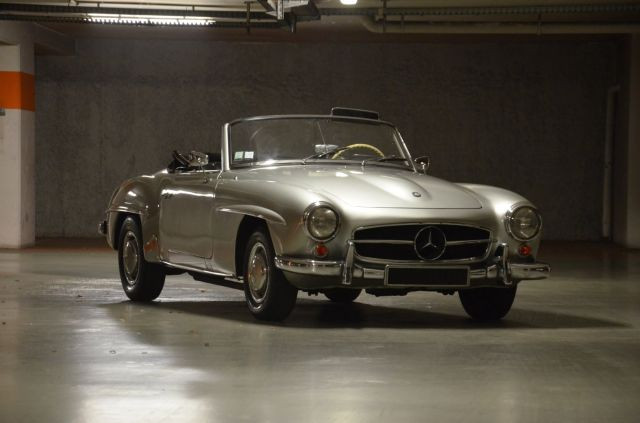 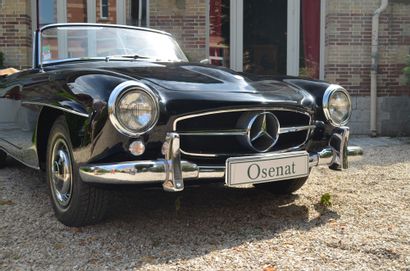