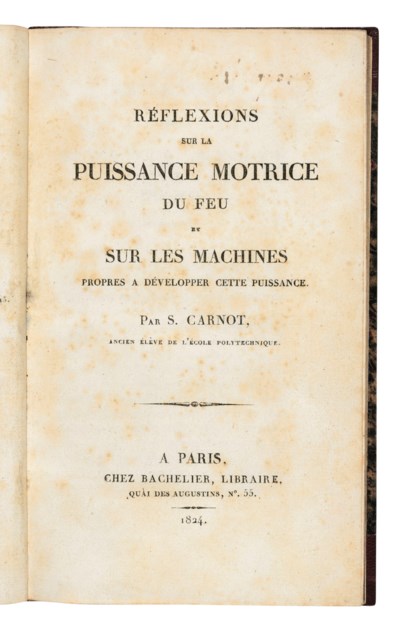 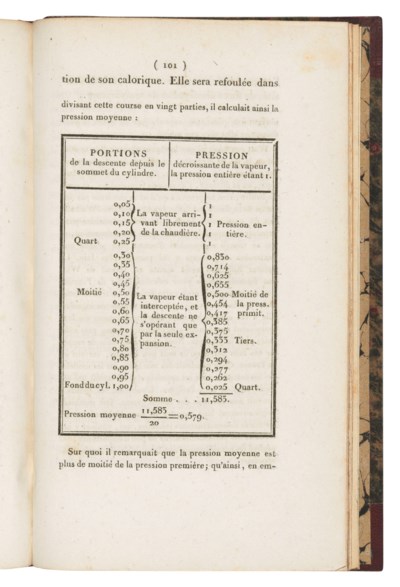 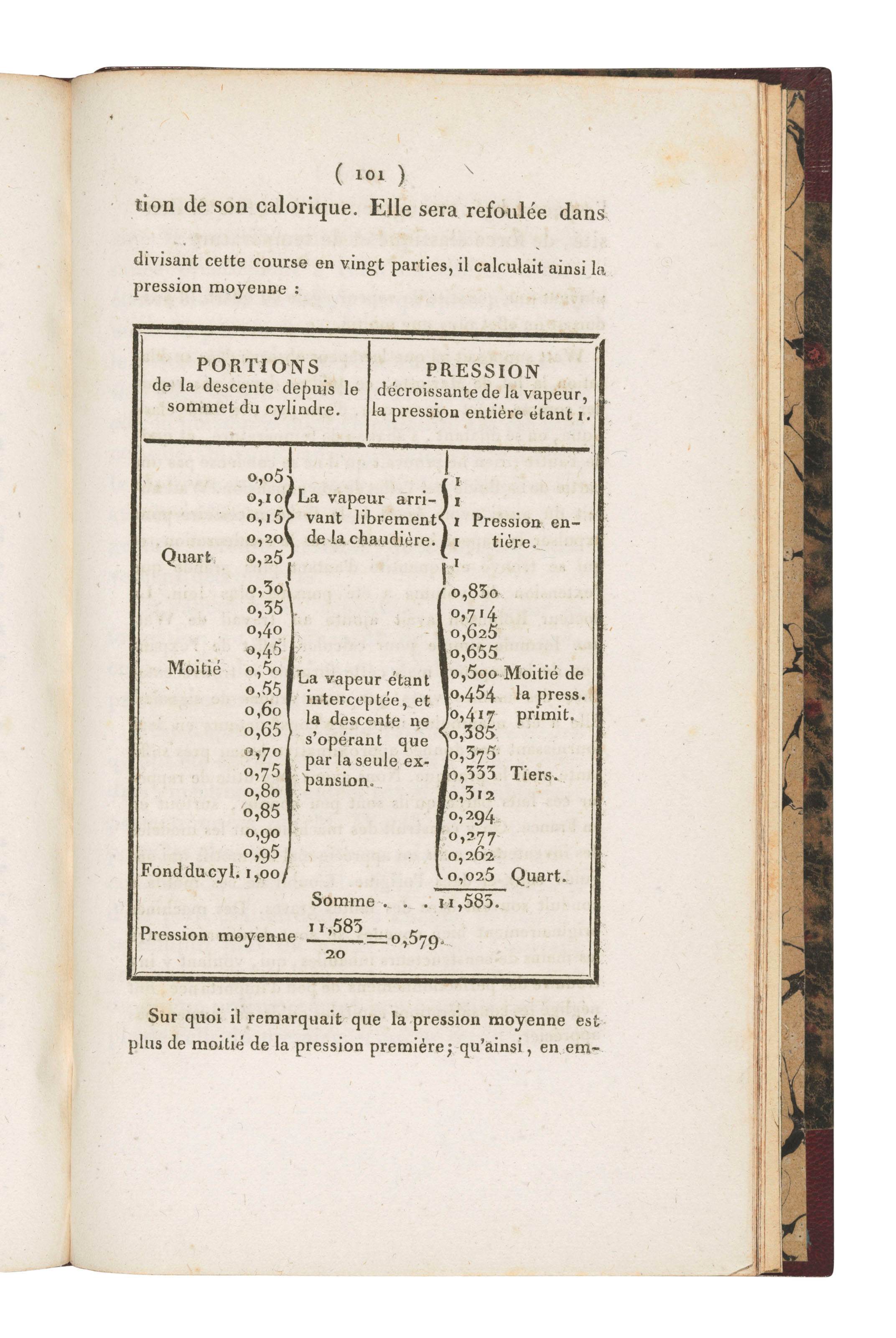 CARNOT, Nicolas Léonard Sadi (1796-1832). Réflexions sur la puissance motrice du feu et sur les machines propres à développer cette puissance. Paris: Giraudet pour Bachelier, 1824. Henri Victor Regnault’s copy of the first edition of Carnot's only published work, which led directly to the first and second laws of thermodynamics. ‘Carnot, one of the most original thinkers among physical scientists, applied himself to the analysis of the cyclical operation of [heat] engines’ (Dibner). His main contribution to this science ‘lay in his recognition that the motive power of a heat engine was independent of the nature of the substance generating it – that it was a function, instead, of the transfer of heat from a warmer to a colder body. He also introduced the fundamental thermodynamic concept of completeness of cycle, in which the engine and working substance return to their original conditions’ (Norman). His achievements in the Réflexions were largely ignored by his contemporaries and the work did not gain its proper recognition until it was discovered by Lord Kelvin in the 1840s. Six hundred copies of this first edition were printed, but the book has now become one of the great rarities in 19th-century science. Bibliotheca Mechanica p.63; DSB III, pp. 79-83 (‘the first edition of Réflexions... is very rare’); Dibner 155; Norman 404; PMM 285. Octavo (230 x 123mm). Half-title, folding engraved plate (some spotting). Modern red half morocco over marbled boards. Provenance : Henri Victor Regnault (French chemist, physicist and early thermodynamicist, 1810-1878; inscription with faded ink overwriting) – early 20th-century bibliographic note loosely inserted.