DANIELL, Thomas (1749-1840) and William (1769-1837). Oriental Scenery . London: 1795-1807[-08].
DANIELL, Thomas (1749-1840) and William (1769-1837). Oriental Scenery . London: 1795-1807[-08]. 6 volumes, broadsheet 2° (plates c.555 x 756mm; interleaves c.772 x 575mm), and 6 text volumes (plus duplicate of Abbey pt.6) 8° (230 x 145mm). 6 sepia aquatint title-pages and 144 hand-coloured aquatint plates on thick paper by Thomas and William Daniell those in Hindoo Excavations after James Wales plus 8 sepia engraved plans (lettered A-H, dated 1 June 1803, 471 x 651mm), 5 plates in pt. 5 joined to form two panoramas (one plate detached). (First plate loose, light marginal spotting or faint spotting within plate mark each in about 20 plates, short marginal tear in one plate in pt. 5, a few corners bumped, one creased in pt. 5, titles to pts. 5 and 6 lightly soiled.) Abbey pts. 1-4 tipped onto guards in contemporary russia-backed marbled-paper portfolios, spines lettered and tooled in gilt, vols. 3 and 4 mislabeled 4 and 3, cloth ties, interleaves/flyleaves with watermarks dated 1805, 1795, 1804, 1800 (front hinge of vol. I broken, some ties missing, without rear flyleaf in pts.1-3, neat marginal tear in an interleaf in pts. 1, 3, 4, neat tear at a guard in pt. 4, rubbed); Abbey pts. 5 and 6 loose in modern brown cloth box, without interleaves; text vols. in original brown, green or blue wrappers (one back wrapper folded back at top); original blue printed wrapper to plates A-H, titled Plans of Hindoo Excavations in the Mountain of Ellora (split, edges a bit frayed), part of original sewing preserved. COMPLETE, EARLY SET OF 'THE FINEST ILLUSTRATED WORK EVER PUBLISHED ON INDIA' (Tooley). The Daniells, uncle and nephew, spent nine years traversing India, drawing and recording views and sites meticulously. On their return to London in 1794 they set about to produce one of the finest, most ambitious, and most influential series of aquatints: Oriental Scenery . It made 'a completely new contribution to British knowledge of India' (Archer, p.222). In addition to views familiar to early travellers are those made by Europeans for the first time, such as in the Garwhal mountains, and even the views of Madras are the first made by Europeans on the spot. The Daniells tapped a vein of nostalgia among colonial administrators, curiosity among European travellers (both active and armchair), and pride among the British for victorious military campaigns there. Their classical style of composition and use of a camera obscura ensured an unrivalled accuracy, which in turn facilitated the work's influence on other spheres of European art. Scenes appeared on Staffordshire blue-and-white pottery and wallpapers produced by Zuber at Mulhouse and Dufour at Macon. The Daniells inspired architecture either directly or indirectly, ranging from a folly at Melchet Park to the grand country house and landscape gardens of Sezincote, and, through patrons such as Thomas Hope their influence was also evident in furniture design. Issued over the course of 13 years from 1795 to 1808, the work depicts landscape views, architecture, and antiquities, the latter reflecting Thomas's increasing personal interest in antiquities. Scenes depicting antiquities appear to have been less popular with the buying public, and series three, devoted to antiquities, was interrupted after 12 plates to return to views. The final 12 plates of antiquities were the last issued, in 1808. THE ONLY COMPLETE SET - AND THE LARGEST - TO BE OFFERED AT AUCTION IN OVER 30 YEARS; previous sets have lacked the text volumes, present here in their original wrappers and in early issues (watermarks from 1799-1805), with the later quire of pt. 3 describing the 1808 plates loosely inserted. The present set is remarkable for its original condition. The first four volumes retain their original portfolio bindings, with the plates full-size, tipped onto guards at their lower edges, and with watermark dates on the interleaves of 1805, 1794, 1804, and 1800, respectively. Abbey parts 5 and 6 appear never t

DANIELL, THOMAS AND WILLIAM. A PICTURESQ 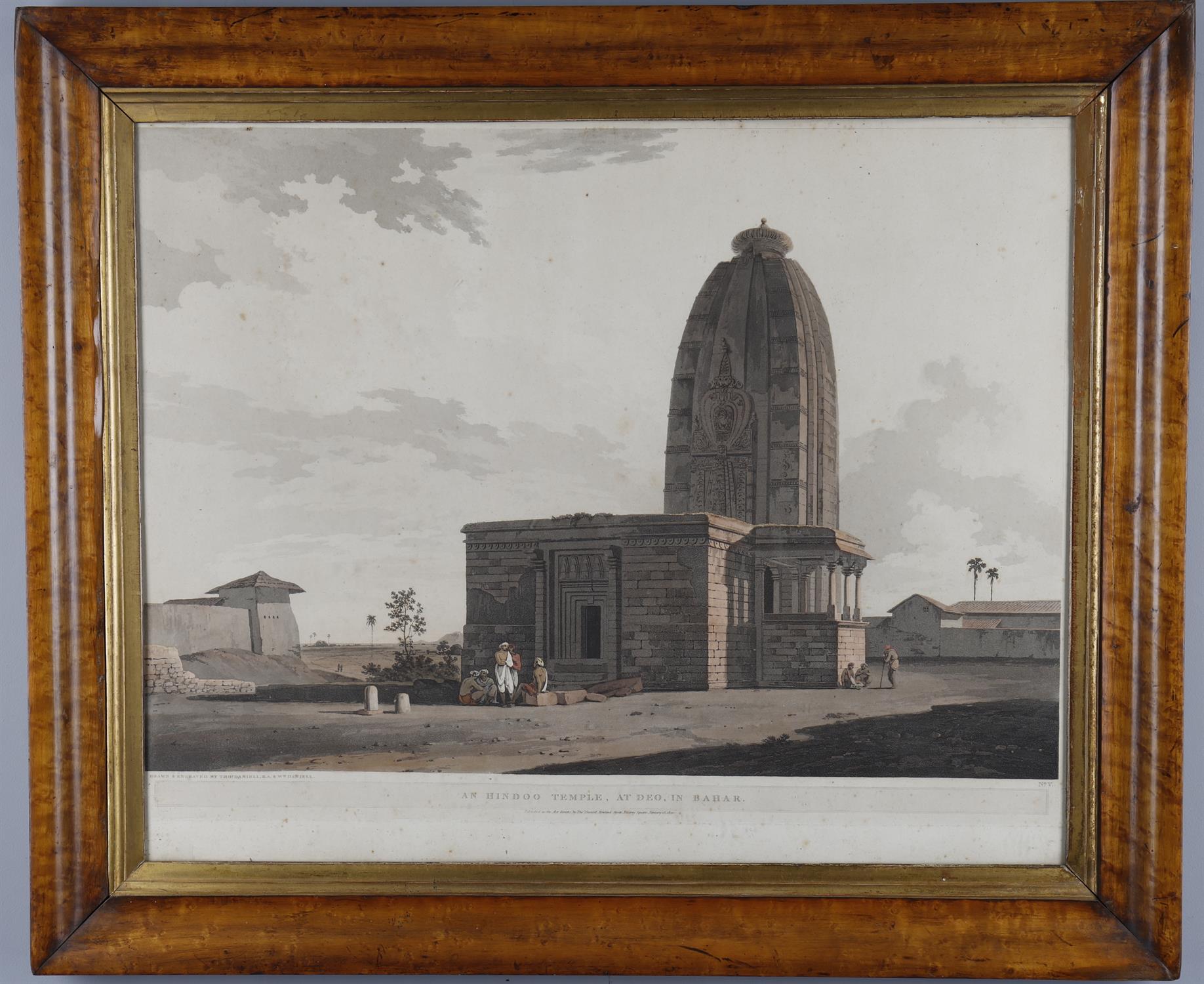 Daniell (Thomas and William), A group of

DANIELL, Thomas and William. A Picturesq 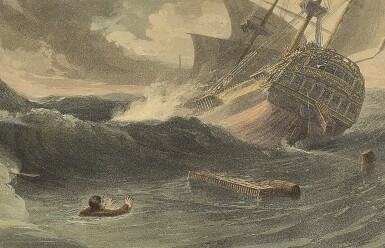 DANIELL, THOMAS, AND WILLIAM DANIELL | A 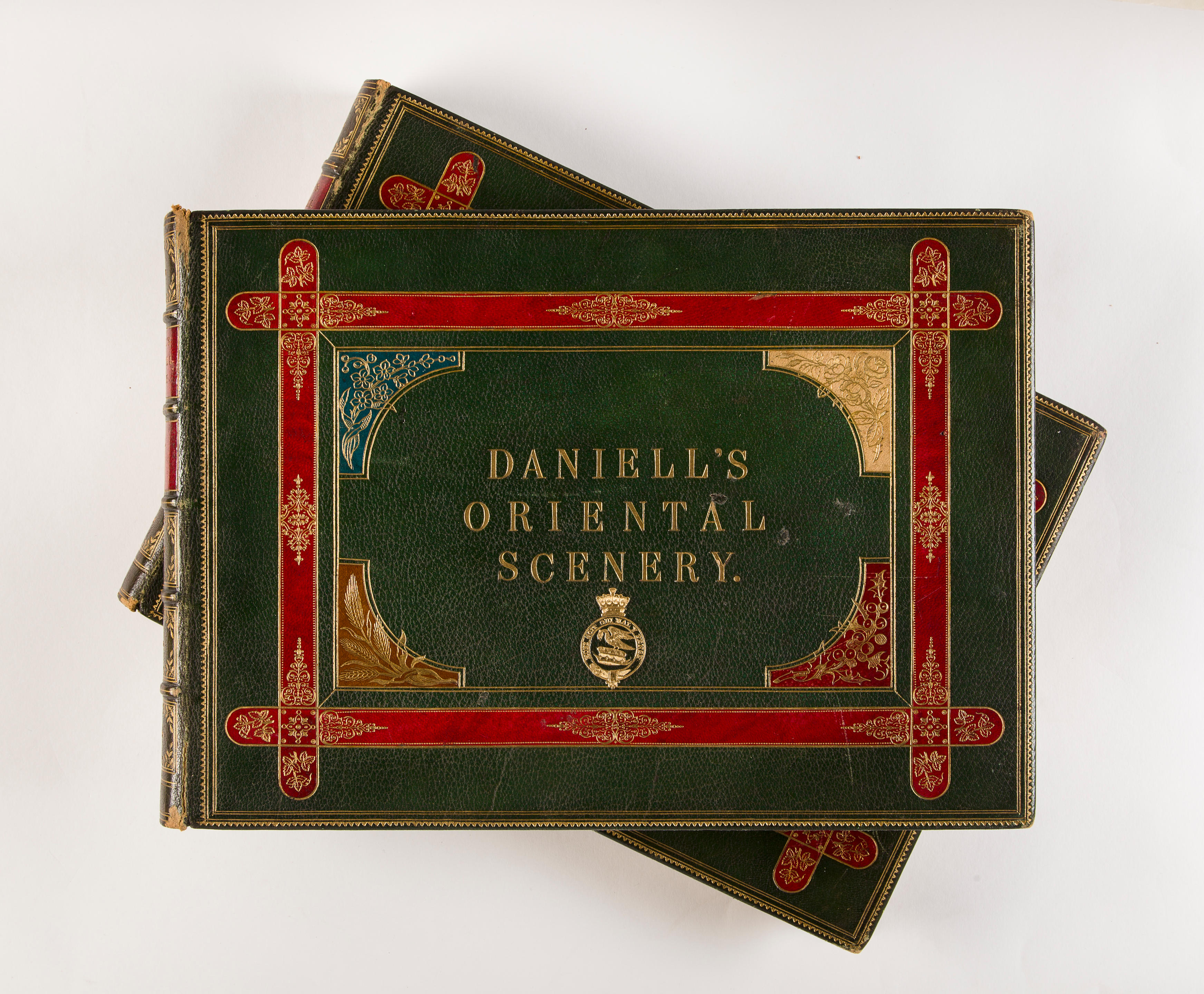 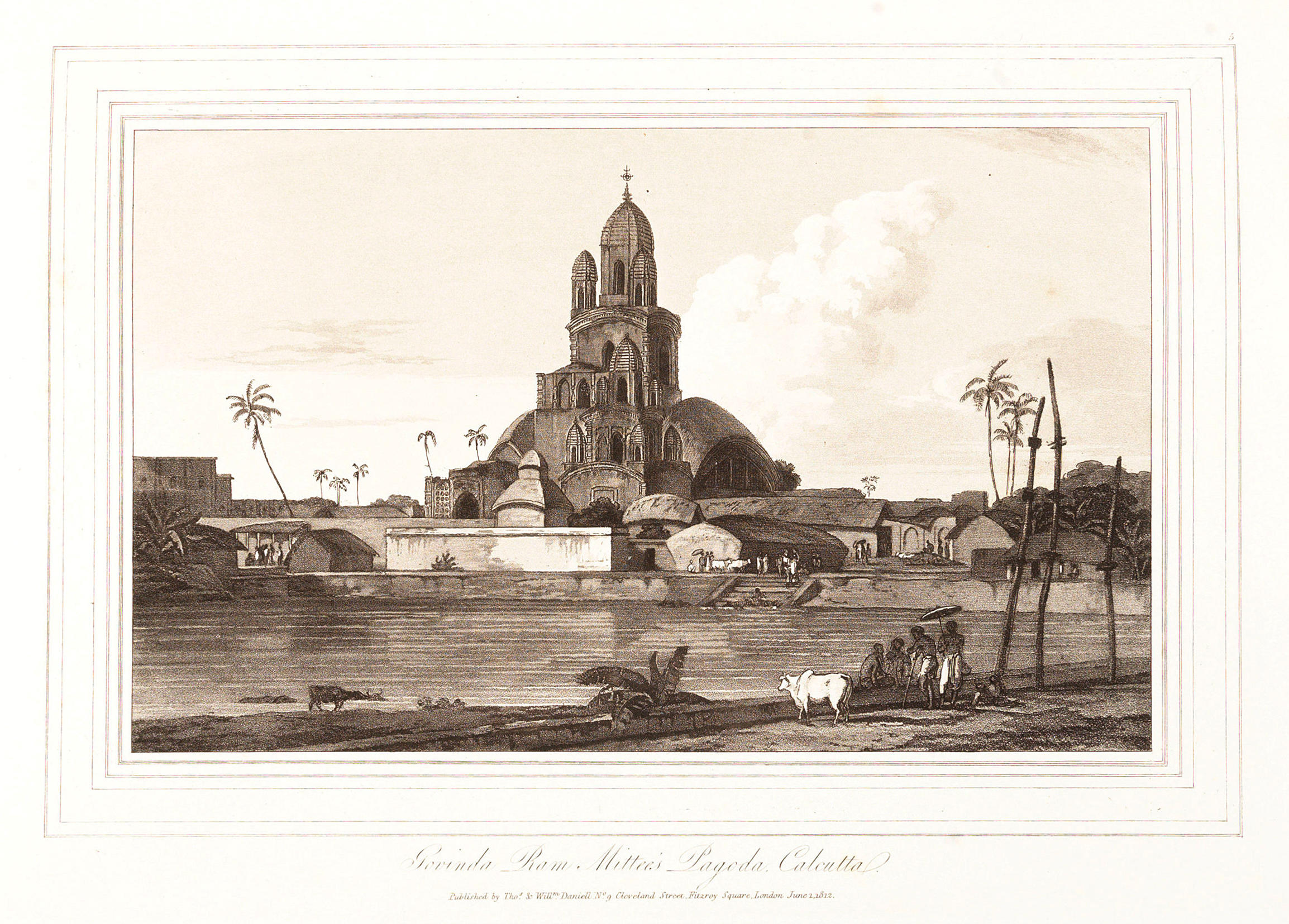 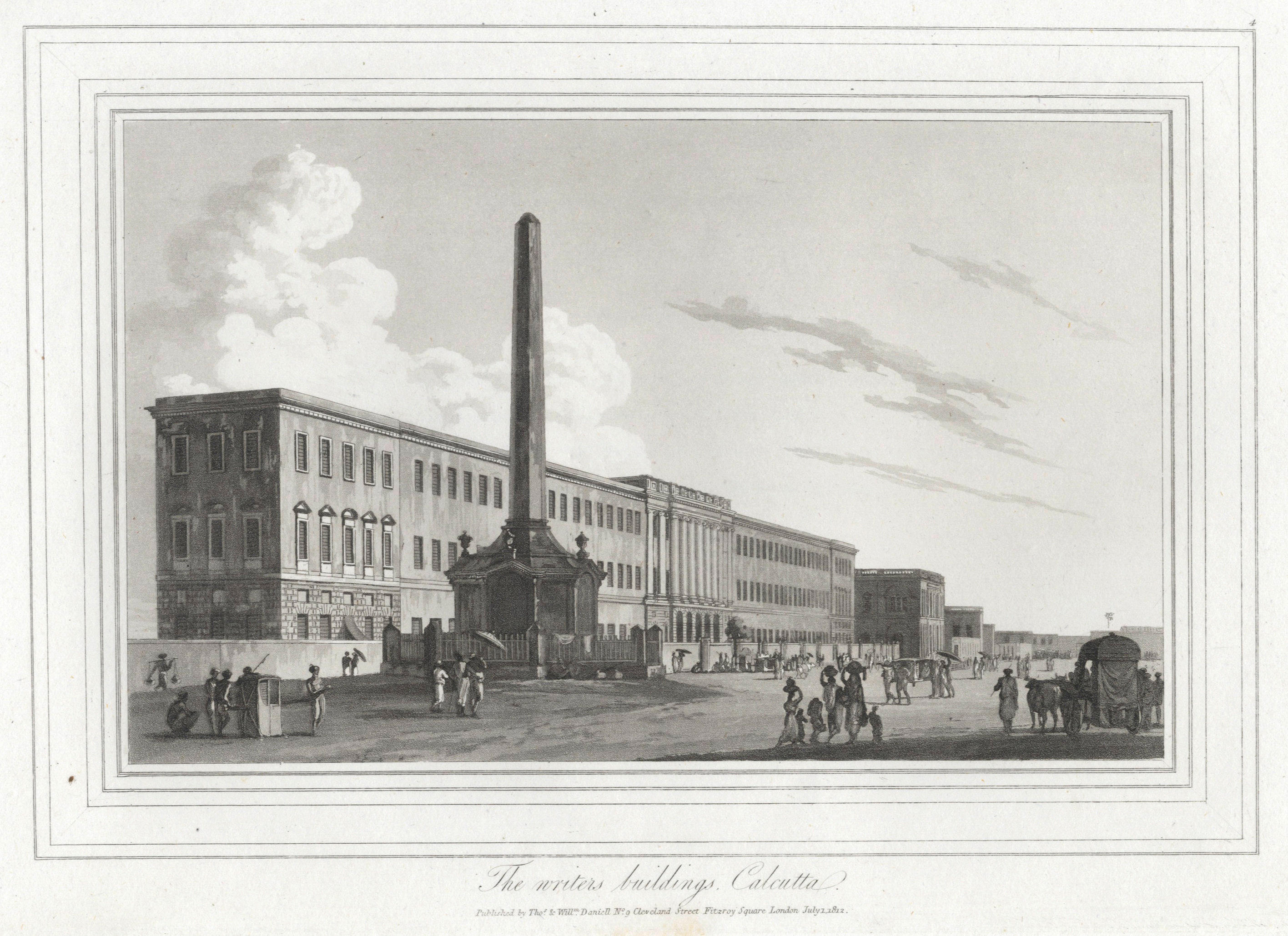