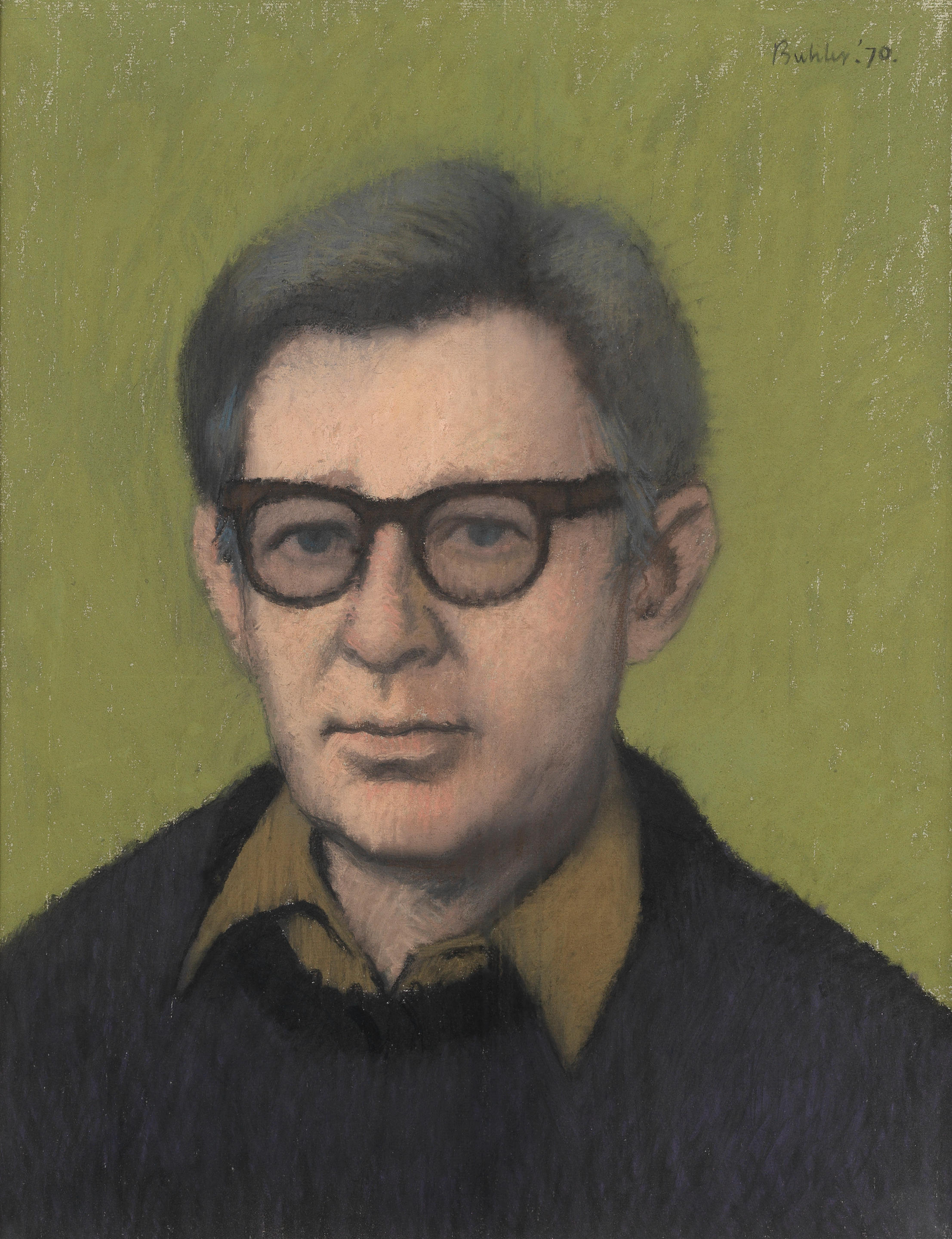 (i) PORTRAIT BY ROBERT BUHLER R.A. (1916-1989), pastel, head and shoulders, signed and dated upper right 'Buhler '70', framed and glazed, size of image 20 ½ x 15 ½ inches (52 x 39.5 cm), overall size 24 ½ x 19 ¾ inches (62 x 50 cm), 1970 Laurie Lee is best known for his evocative and nostalgic account of his country boyhood in a secluded Cotswold village, Cider with Rosie, 1959, and for As I Walked Out One Midsummer Morning, 1969. Robert Buhler preferred to choose for himself the subjects of his portraits among whom David Buckman in his The Dictionary of Artists in Britain since 1945, 1998, particularly notes Laurie Lee. Other portraits by him are of Auden, Francis Bacon, Ruskin Spear, John Davenport, Stephen Spender and Donald Wolfit. Buhler studied in Switzerland and London and when he started as a painter he was encouraged by Sir Edward Marsh. He taught at the Chelsea School of Art, the Central School of Arts and Crafts and the Royal College of Art. (ii) AUTOGRAPH MANUSCRIPT OF HIS POEM 'APPLES', signed ('Laurie Lee'), 20 lines in five four-line stanzas, beginning 'Behold the apples' rounded worlds / Juice-green with July rain...', 1 page, octavo, not dated (iii) TYPESCRIPT OF HIS POEM 'APRIL RISE', signed ('Laurie Lee'), 20 lines in five four-line stanzas, 1 page, quarto, not dated Both poems were published in Selected Poems, 1985. A collection of autograph letters and ep