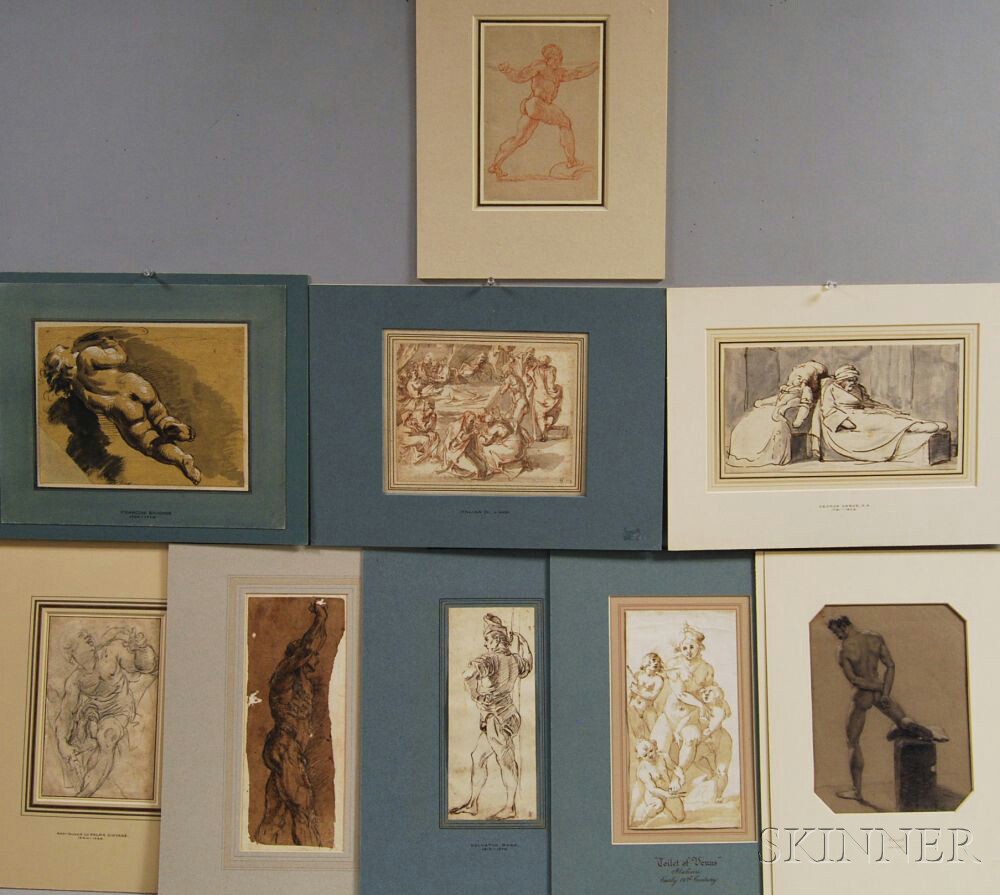 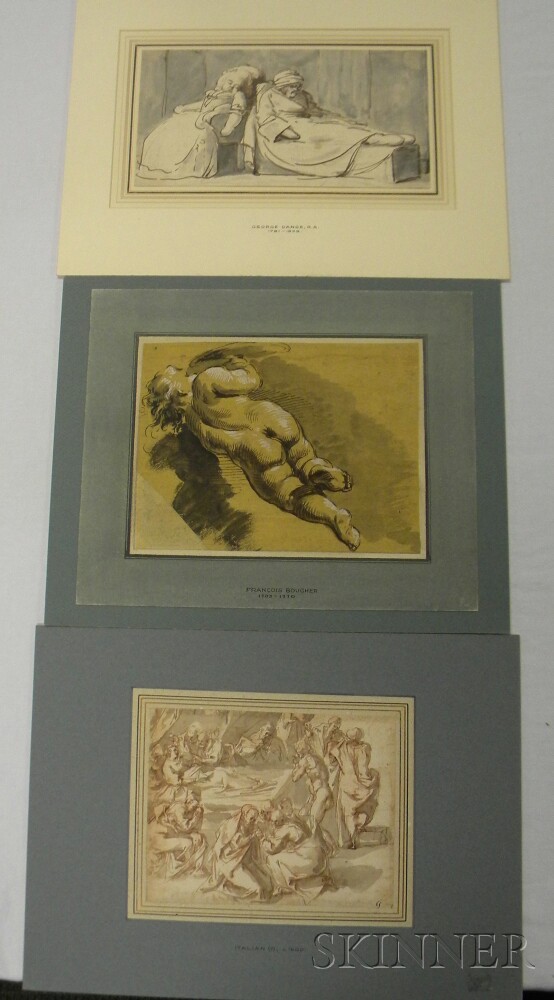 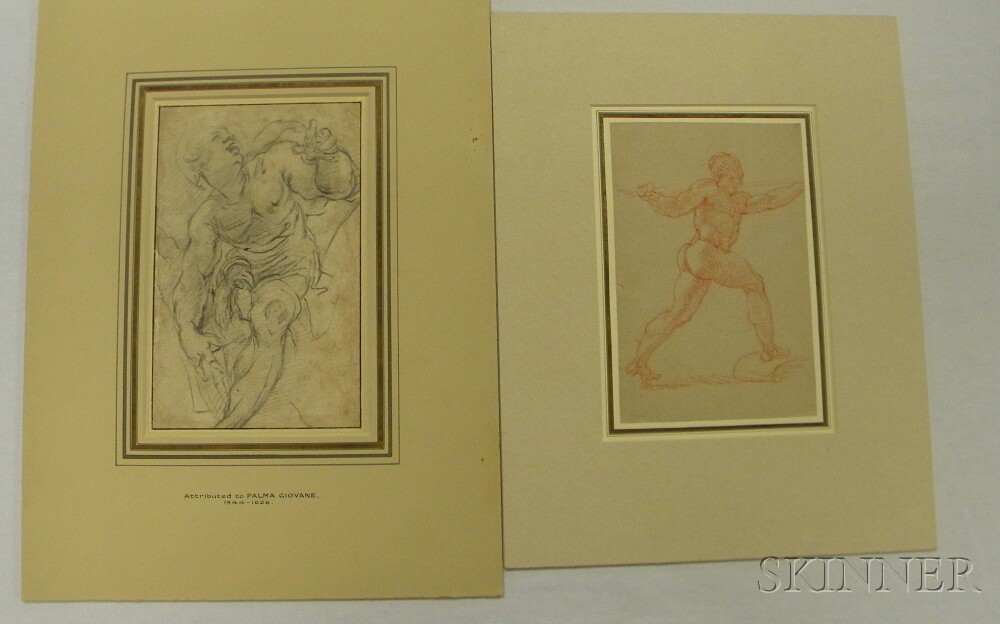 Nine Unsigned Figure Drawings: Italian School, 17th/18th Century, Standing Man in Uniform, attributed to Salvator Rosa (Italian, 1615-1673) on the mat, with a collector's stamp "A" for John Auldjo (1805-1886) l.r.; Italian School, 16th Century, Death of the Virgin, numbered "65" in ink l.r.; After François Boucher (French, 1703-1770), Study for a Putto, attributed on the mat; Attributed to George Dance the Younger (British, 1741-1825), Discord, attributed on the mat and titled on the reverse of the mat; Italian or Continental School, Early 17th Century, Toilet of Venus, with a partial sketch on the reverse; Attributed to Jacopo Palma il Giovane (Italian, c. 1548-1628), St. John the Baptist, with Colnaghi stock number "A 15091" inscribed on the mat and with a drawing on the reverse; French or Italian School, 19th Century, Study of a Striding Nude, arms extended, perhaps holding a lance, attributed to Edward Francis Burney (British, 1760-1848) on the back of the mat; Italian School, 16th Century, Study of a Male Nude with Raised Arm (fragment); French School, 19th Century, Male Nude, with one leg bent and with his hands clasped behind his back, with partial inscription at l.l. All ink, crayon, or pencil on paper, sizes to 9 1/2 x 7 1/2 in. Condition: Various issues, including but not limited to creasing, rippling, staining, toning; six laid down, Fragment sheet with several holes and irregular trimming.