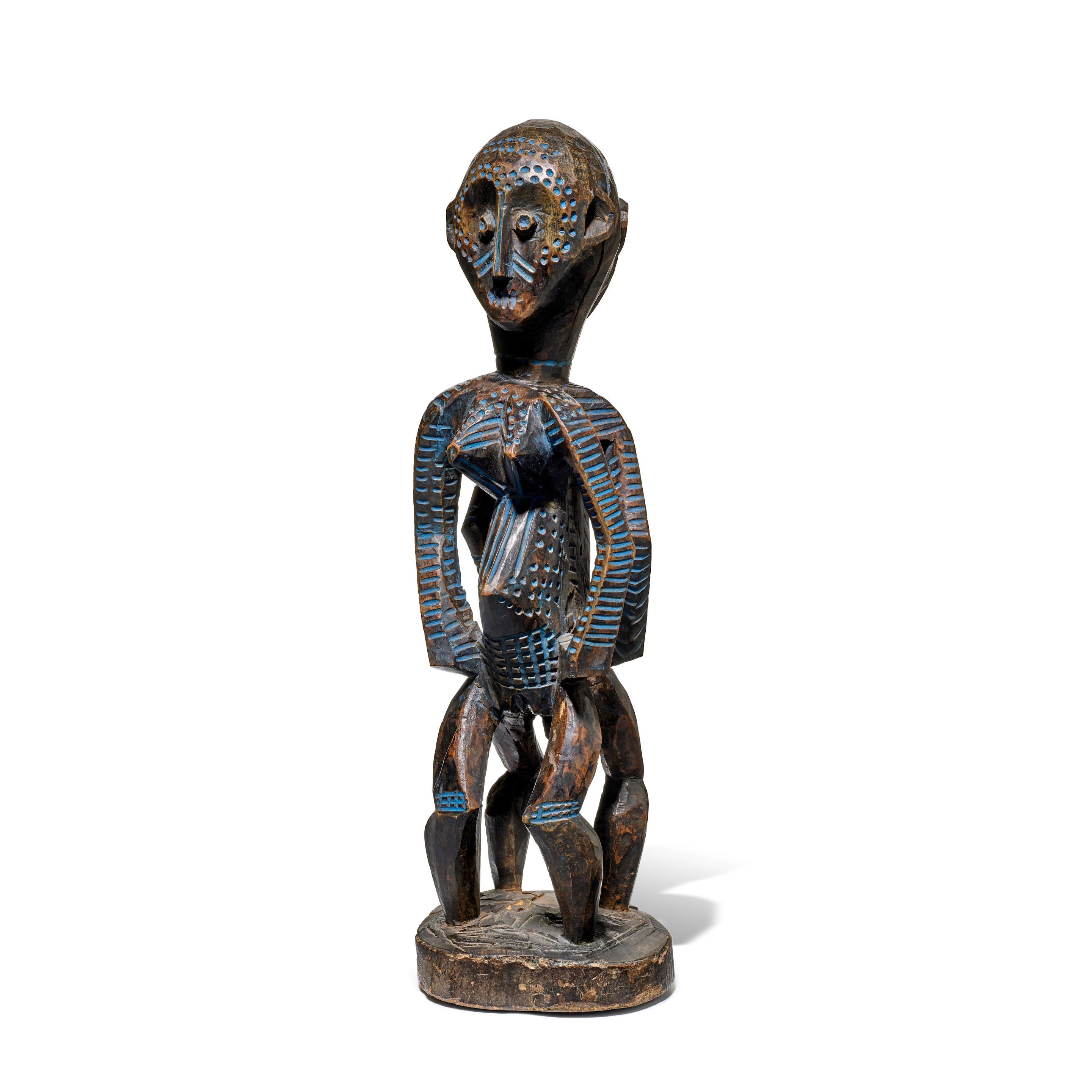 Wood, pigment height 18 1/8in (46cm) Provenance Christie's, Paris, 16 June 2009, Lot 284 Robert and Nancy Nooter Collection, Washington, D.C. Published African Heritage Archives no. 0035358 David Brinkley notes, "Like the Lega, the Metoko have a patrilineal descent system with local segmentary patrilineages incorporating numerous cognatic and affinal relatives. The integrative, graded Bukota association of Metoko includes male and female membership, but forms a less developed structural equivalent to the Bwami association of the Lega. In the Bukota association, numerous assemblages of objects and rudimentary anthropomorphic carvings are used. The highest-ranking initiates, or groups of related initiates, own figurines (often occurring as a male and female couple). These sculptures are objects of rank and status, used in initiations and eventually placed, at least temporarily, on the tombs of a deceased high-ranking initiate." ([Masterpieces from Central Africa, Gustaaf Verswijver, et. al. (eds), p. 190] The artist of the present work has masterfully carved this female/male janus figure from one piece of wood, the angles and curves juxtaposed with the open spaces creating a dynamic sense of movement. Both figures stand firmly back-to-back with their legs bent at the knees and firmly planted in a round base, their broad, rounded shoulders and squared arms frame each torso, all of which is accented with incised linear designs accented with blue pigment. The figures share the same, rounded head and similar facial features with heart-shaped facial planes, each bordered by doted design highlighted with blue pigment and divided with linear noses, cabochon eyes and diminutive open mouth appearing to reveal teeth; fine dark brown reflective patina.