MINIATURES OF THE LIFE AND PASSION OF CHRIST with a Prayer t...

MINIATURES OF THE LIFE AND PASSION OF CHRIST with a Prayer to All Saints, in Dutch, ILLUMINATED MANUSCRIPT ON VELLUM
MINIATURES OF THE LIFE AND PASSION OF CHRIST with a Prayer to All Saints, in Dutch, ILLUMINATED MANUSCRIPT ON VELLUM [Netherlands, c.1530]93 x 64mm. 29 + 4 leaves: 1 2, 2 3(of 2 + i), 3-5 2, 6 3(of 2 + i), 7-13 2, 14 2(singleton + ii added), 16 3 (added, of 4, lacking iii, iv former pastedown), 2, 6 and 10 are apparently true bifolia, whereas some others are apparently two singletons mounted together, 58 FULL-PAGE MINIATURES in arch-topped frames with black surrounds, three with captions written in white in a gothic bookhand, four added leaves with two pages of 14 lines written in brown ink in a gothic bookhand between two verticals and 15 horizontals ruled in ink, justification: 58 x 43mm, large initial in blue flourished with red, TWO FULL-PAGE MINIATURES (slight wear to some miniatures, radiance with dove of Holy Ghost scraped from f.1, losses to sky f.28v and background f.29, water damage to final miniature and facing text page with large initial ff.31v-32). 20th-century crimson velvet, metal clasp. PROVENANCE: 1. The sequence of miniatures was painted by an artist with access to compositions originated in the circle of Simon Marmion the Master of the First Prayerbook of Maximilian, the Master of the Dresden Prayerbook and the Master of Mary of Burgundy, which were reinvigorated by Simon Bening (1483-1561), active in Bruges from 1500 (for Bening and the manuscripts cited below, see T. Kren and S. McKendrick, Illuminating the Renaissance, the Triumph of Flemish Manuscript Painting in Europe , 2003, esp. pp.447-87). The style, however, is more indicative of the northern Netherlands, showing some influence from illuminators active in Leiden c.1500 (see H. Defoer, A. Korteweg and W. Wüstefeld, The Golden Age of Dutch Manuscript Painting , 1989, pp.285-300). The same hand may have been responsible for the miniatures integral to a prayer book in Dutch from the northern Netherlands, where Bening's influence has also been noted (Darmstadt, Universitäts- und Landesbibliothek, ms 1962, see G. Achten und H. Knaus, Deutsche und niederländische Gebetbuchhandschriften der Hessischen Landes- und Hochschulbibliothek, Darmstadt, I, 1959, no 8). The added leaves, with the Dutch prayer, come from a small prayer book that probably originated in the northern Netherlands; the prominence given to St Norbert of Xanten, founder of the Premonstratensians, suggests that its first owner was associated with the order, perhaps a lay person admitted to a fraternity with a local abbey. It is not clear at what point these leaves joined the picture cycle. All the leaves were together, when first known in the Six Collection. 2. Professor Jan Six van Hillegom (1857-1926), art historian and member of the Amsterdam family famed for its patronage of art since the time of Rembrandt: his sale, Frederik Muller, Amsterdam, 17 October 1928, when bought back by a member of the family. 3. Sotheby's, 18 June 1991, lot 141, when unbound; to Maggs; Maggs, Bulletin, 18, 1993, no 31. The miniatures of this exceptional series are presented as small independent paintings in fictive frames of gilded wood, their rich colours glowing against the black surrounds. While entire books written and illuminated on black-washed parchment were produced in the southern Netherlands, the setting of fully coloured, framed miniatures against black is more typical of luxurious French manuscripts, among them the Grandes heures of the Queen, Anne of Brittany, illuminated by Jean Bourdichon In the Netherlands, miniatures for insertion in books were usually painted on the versos of single leaves, to be bound facing a recto of text, as in the prayer book to which the four added leaves belonged; otherwise miniatures were painted in spaces left by the scribe and were integral with the text. There was great demand for independent paintings on parchment, not necessarily intended for binding, but it seems that these were also on single leaves and mostly one-sided for practical reasons. Double-s

Twelve miniatures of the occupations (wi Eight fine miniatures from the Lilliput Eight fine miniatures from the Lilliput

SCENES FROM THE LIFE OF SAINT WENCESLAS.

THE VISIONS OF THE MONK MESROP, THE IGUM

SCENES FROM THE LIFE OF CHRIST, ILLUMINA SCENES FROM THE LIFE OF CHRIST, SINGLE L

DIMITRII OF MOSCOW, SON OF IVAN THE TERR

THE BERBISEY HOURS, use of Rome, in Lati 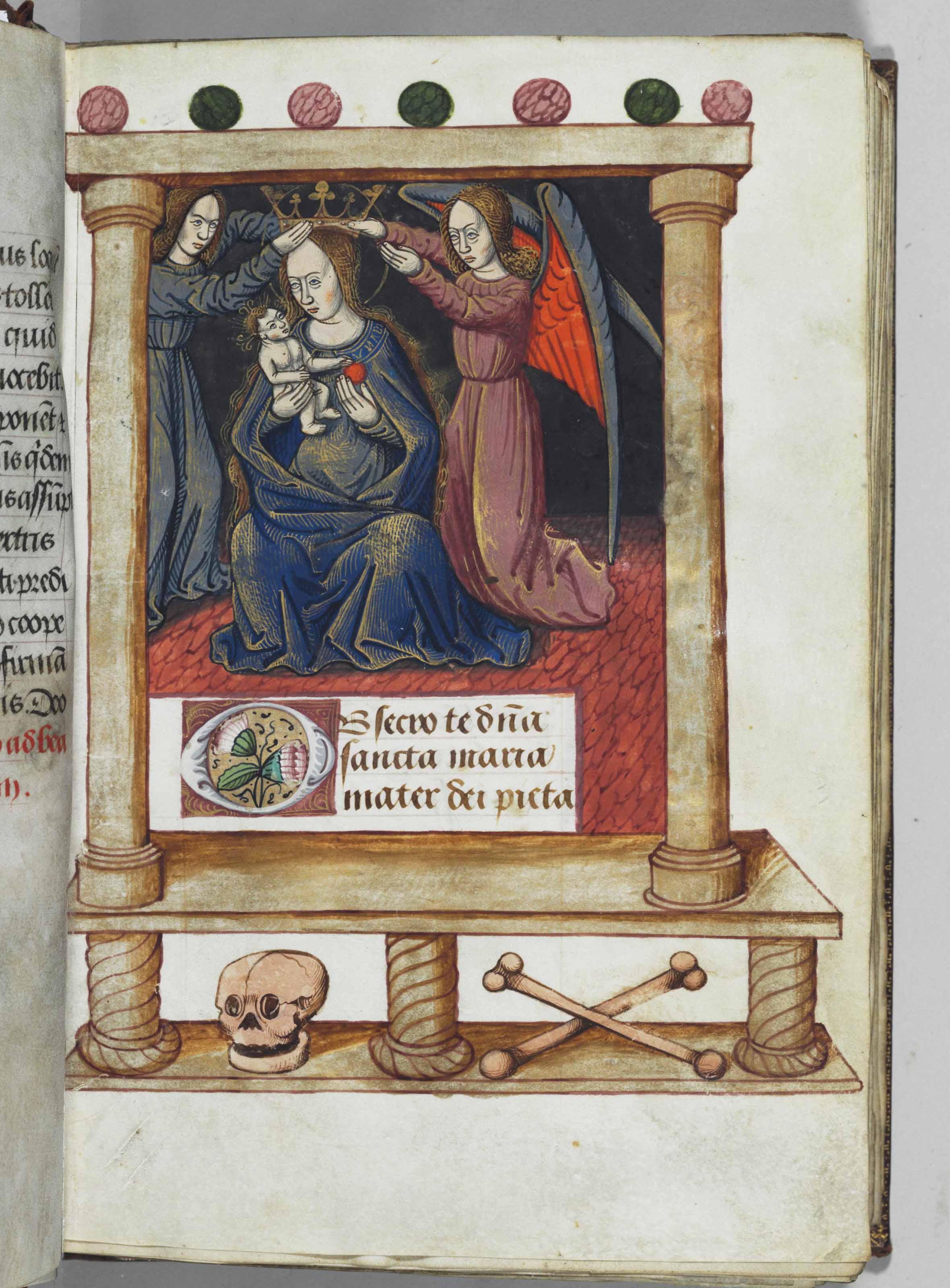 SCENES FROM THE LIFE OF ST SUSANNA, larg