RUSKIN, John (1819-1900). Four autograph letters signed to George Jones R.A., Denmark Hill and Bonneville, Savoy, 24 September 1858 - 3 June 1860 and n.d., together approximately 8 pages, 8vo , (one letter dust-stained on blank verso, integral leaf removed from letter dated '2nd September'). Provenance : George Jones; and by descent. RUSKIN AND THE TURNER BEQUEST: a series of letters touching on the shared interest of George Jones (Turner's friend, executor and one of the organisers of the Turner Bequest), and Ruskin, who arranged the first public viewing of the Bequest at Marlborough House in 1856-57, and was much involved thereafter. The earliest letter discusses the Marlborough House exhibition, referring to 'the lovely things which are not in Marlborough House ... Those which I have exhibited are merely a sop to the public Cerberus [perhaps Ralph Nicholson Wornum, keeper of the National Gallery], with which he seems contented ... I have got all the Rivers of France, and fifty magnificent blue drawings besides, withdrawn from the light and entirely safe at the National gallery', adding that 'the blue drawings appear to me much more instructive as to Turner's method of work than any others'. The letter of June 1860 duscusses Ruskin's involvement with Turner in a more general sense, 'It is my hope before I die, to be able in many profounder and more extended ways to illustrate Turner's work and character', noting that he is in Bonneville making sketches to illustrate the Liber Studiorum . Of the two incompletely dated letters, one declines an invitation to see 'the shut up Turners' [stored in the National Gallery] but asks for his friend the Edinburgh journalist Peter Bayne to be admitted 'into the treasurehouse'; the other accompanies a gift of fruit, 'I am afraid this basketfull will be like poor Turner's at Petworth', also referring to Sophia Booth (Turner's housekeeper at Chelsea), 'Turner was not mistaken in the excellence of her heart'. Ruskin was an enthusiast for Turner from 1833, met him in 1840, and received him on a number of occasions in his house at Denmark Hill; he also built up a notable collection of some 300 Turner drawings. Turner's will bequeathed all the works in his studio to the nation, to be housed in a special gallery, a condition met only when the collection was moved to the new Tate Gallery in 1897. After the first exhibition under Ruskin's aegis at Marlborough House, which included 400 drawings and watercolours in Marlborough House, it was arranged in 1861 for an entire gallery in the National Gallery to be devoted to him. Proposing to write a definitive biography of Turner, Ruskin also provided Walter Thornbury with material for his Life (1862), including papers supplied by Jones to which he refers in the present letters. Ruskin appears to have met Jones first in 1841, recording in his diary for 6 July that he had dined with Turner, Jones and Nesfield the previous day, 'Jones a fine grey, quiet Spectator-like "gentleman"'. (4) 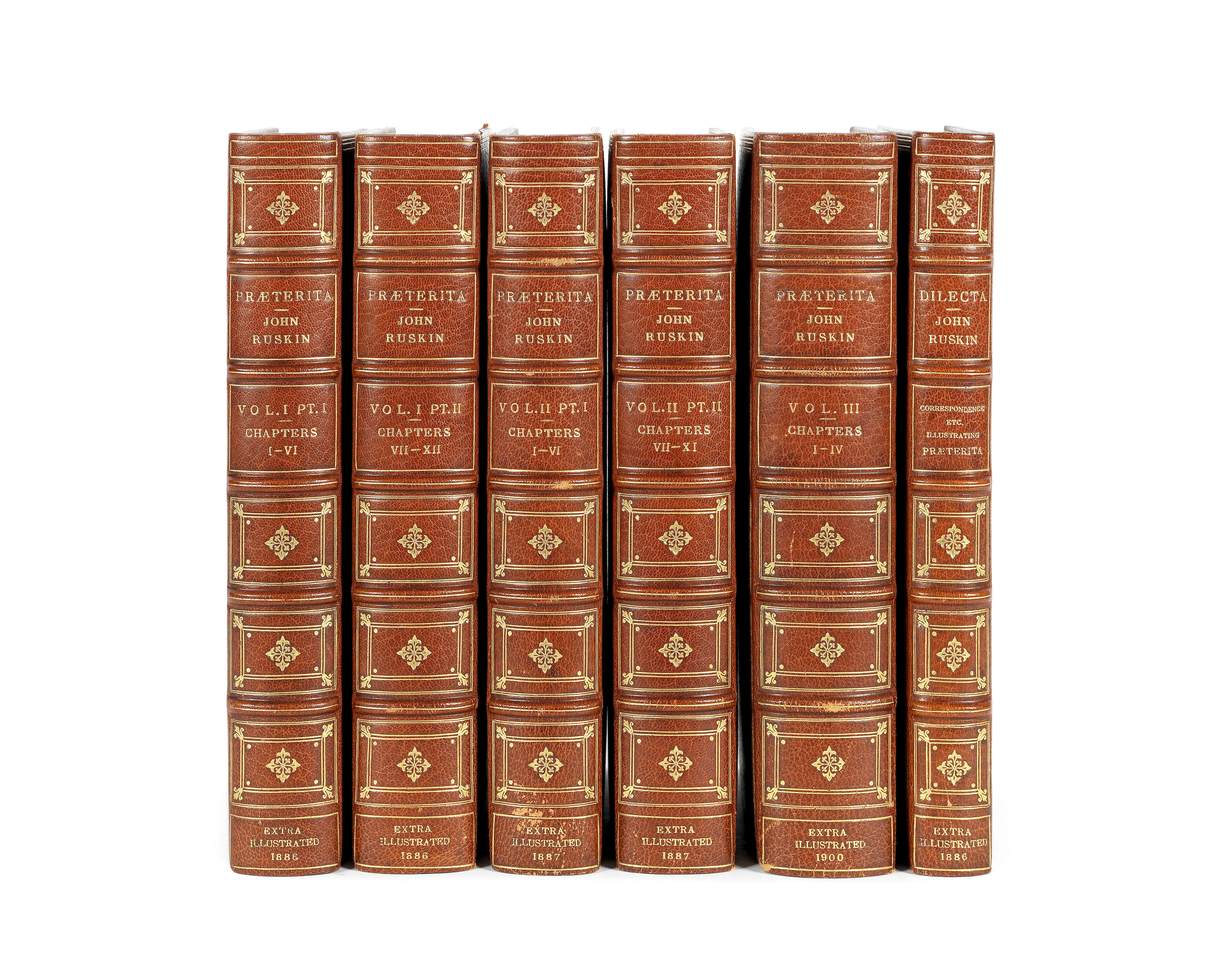 RUSKIN AND THE SUMNER FAMILY OF GRASMERE BARTLE, Anita, compiler. This is My Birt

WHISTLER, JAMES A. McNEILL]. The Gentle