Extensive Collection of Letters – Enlistment of Jews to the British Army in World War I – Manchester, 1916-1919

About 350 letters and several paper items sent to Leon Locker, secretary of the Manchester chapter of the organization "Foreign Jews Protection Committee against Deportation to Russia". Manchester, London, Liverpool and other places, 1916-1919 (a few later letters). English and some Yiddish. When World War I broke out, 300,000 Russian Jews, who fled pogroms in East Europe late in the 19th century, lived in England. The British government viewed these Jews as unemployed manpower, and published in 1917 a regulation that forced them to choose between two alternatives: volunteering to the English Army or being deported to Russia. In order to help the Russian Jews secure their rights, an organization was founded - "Foreign Jews Protection Committee against Deportation to Russia" (FJCP); the organization was headed by Avraham Bezalel. The organization that united more than one hundred Jewish entities, opposed firmly to forced recruitment, and acted in various methods: obtaining exemption certificates issued by Russian consulates; obtaining medical documents which disqualified them from military service; receiving certificates for moving Jews to non-fighting units; guaranteeing the right of Jews who were deported to Russia to return to England after the war and finding allowances for families of deportees. There was known tension between the heads of the organization and Ze'ev Jabotinsky who had the idea of establishing the "Jewish Battalions" to fight alongside the British. At first the FJCP tried to prevent the founding of the battalions, but later some of the members changed their attitude, and some others even assisted Jews to be accepted to the battalions. This collection includes about 350 letters, most of them are typewritten and several are handwritten, sent to the secretary of the organization in Manchester, Leon Locker, who in addition to his actions Vis-à-vis official entities had contacts with the "Jewish Battalions". The collection includes: · Tens of letters from the Russian Consulates in Manchester, Liverpool and London, with reports about the state of Jews deported to Russia, news about Jewish soldiers who were sent to the front, updates from hospitals, announcements about exemption certificates from military service, lists of families entitled to get an allowance and more subjects. · Tens of letters sent by Jewish organizations active in England at the time, among them: United Russian Committee for Matter of Military Service, "Poale Zion", "Achay Brit", "Agudat HaMaccabim HaKadmonim", and more. · Four short letters, typewritten and signed by hand, from an officer of Commanding Depot 32nd-42nd Battalions, Royal Fusiliers, from May-June 1918, discussing the addition of a Jewish soldier to the Battalion. Three letters are stamped on the upper left corner with the battalion's ink-stamp. · Three letters, written by hand, sent to Locker by a Jewish soldier named G. Shapiro, asking to join the Jewish battalion, dated April-May 1918. · Letters from elements in the English army, English government bodies, various welfare organizations, private persons and more. · Application form for financial aid, for women whose husbands were sent to war (not filled-in. English and Russian). · Three booklets printed in England about enlistment of Russian Jews to the army: · The Jew under the Oppressor's Iron Heel. Published by Russian Jews Relief Fund, Edinborough, [ca. 1910s]; · Jewish refugees and military service, the ethical aspect of compulsion under threat of deportation, by I. [Isaiah] Wassilevsky. Printed by The National Labour, Manchester, [1910s]. · An Appeal to Public Opinion, Should the Russian Refugees Be Deported, printed by National Labour, London, [ca. 1916]. The first booklet is not in OCLC. Two booklets are stamped with Locker's ink stamp. For more information about the Manchester branch of the FJCP, see: Nonconformity in the Manchester Jewish Community: The Case of Political Radicalism 1889-1939, a PhD thesis submitted t

Collection of Letters and Documents – Je 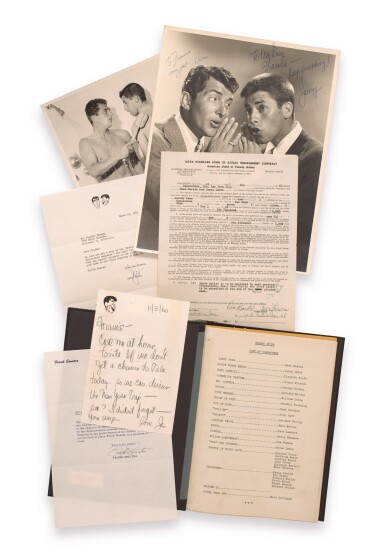 AN EXTENSIVE COLLECTION OF EPHEMERA AND

Collection of Letters and Documents – So