Shakespeare, William COMEDIES, HISTORIES, AND TRAGEDIES. PUBLISHED ACCORDING TO THE TRUE ORIGINALL COPIES. THE SECOND IMPRESSION. THOMAS COTES FOR JOHN SMETHWICK, WILLIAM ASPLEY, RICHARD HAWKINS RICHARD MEIGHEN, AND ROBERT ALLOT 1632 Folio (326 x 224mm), πA6 *4 , A-2B6 2C2 , a-y6, 2a-3c6 3d4 , 454 leaves, the second collected edition of Shakespeare’s plays, the Clumber copy, title-page in Greg’s first variant imprint (“…to be sold at the signe | of the Blacke Beare | in Pauls Church-yard. 1632”), complete with all text leaves, letterpress title with engraved portrait by Droeshout, woodcut head-pieces and initials, text in double column, 66 lines, roman and italic type, headlines and catchwords, early eighteenth-century calf (before 1717), spine gilt in seven compartments using recurring pattern employing various tools, morocco label, upper cover stamped with the arms of Henry Clinton, 9th Earl of Lincoln and 2nd Duke of Newcastle, title leaf inlaid and washed preserving traces of original ownership signature of Edward Filmer, same owner’s signature on front endpaper dated 1717, final two leaves repaired and remargined, “To the Reader” leaf supplied (inlaid in former fly-leaf with early eighteenth-century ownership signature of Edward Filmer), tears to D1 and I4 repaired, tears to lower outer corners of b2 and nn4, neat repairs to margins of BB4 and rr3-6, repair to lower margin of hh6, name written in red chalk on fore-margin of t1 recto, spine and corners repaired, hinges starting, some wear and repairs to binding (particularly at edges and corners) The second folio edition of the most important work in English Literature, also containing the first appearance in print of John Milton (an epitaph in 16 verses printed on A5r), in an early eighteenth-century binding and with a distinguished provenance. The second folio edition of Shakespeare's plays, which in principle was a page-for-page reprint of the First Folio of 1623, was printed in 1632 by Thomas Cotes, who had taken over the Jaggard shop following Isaac’s death in 1627. Like the First Folio it was printed for a syndicate of publishers, which again included John Smethwick and William Aspley. Although many obvious corrections were made the printing introduced hundreds of minor changes to the text. This copy was bought by McLeish at the Clumber sale for £20. The Sotheby’s catalogue records that the copy had the ownership signature of the early eighteenth-century owner Edward Filmer on the title page, the fly-leaf and the front endpaper, but was lacking the “To the Reader” leaf. It seems clear that Mcleish (or another subsequent owner) supplied the missing leaf (or a portion thereof) from another copy, and had it inlaid within the original fly-leaf (thus preserving Filmer’s signature at the top), whilst at the same time effecting neat repairs to the other faults then present in the text and binding (as detailed above). The title page may have been lightly washed, since Filmer’s signature, whilst still just about discernible, is now faint. An expert paper analysis of this lot is available for consultation from the Book Department 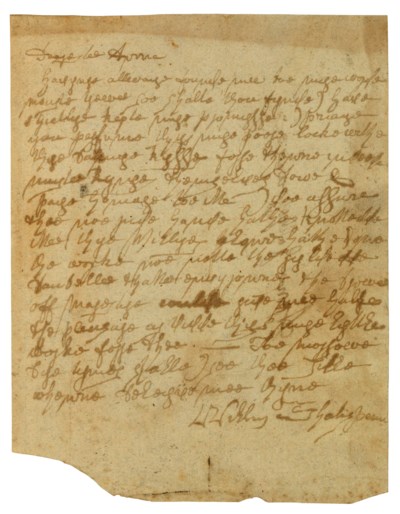 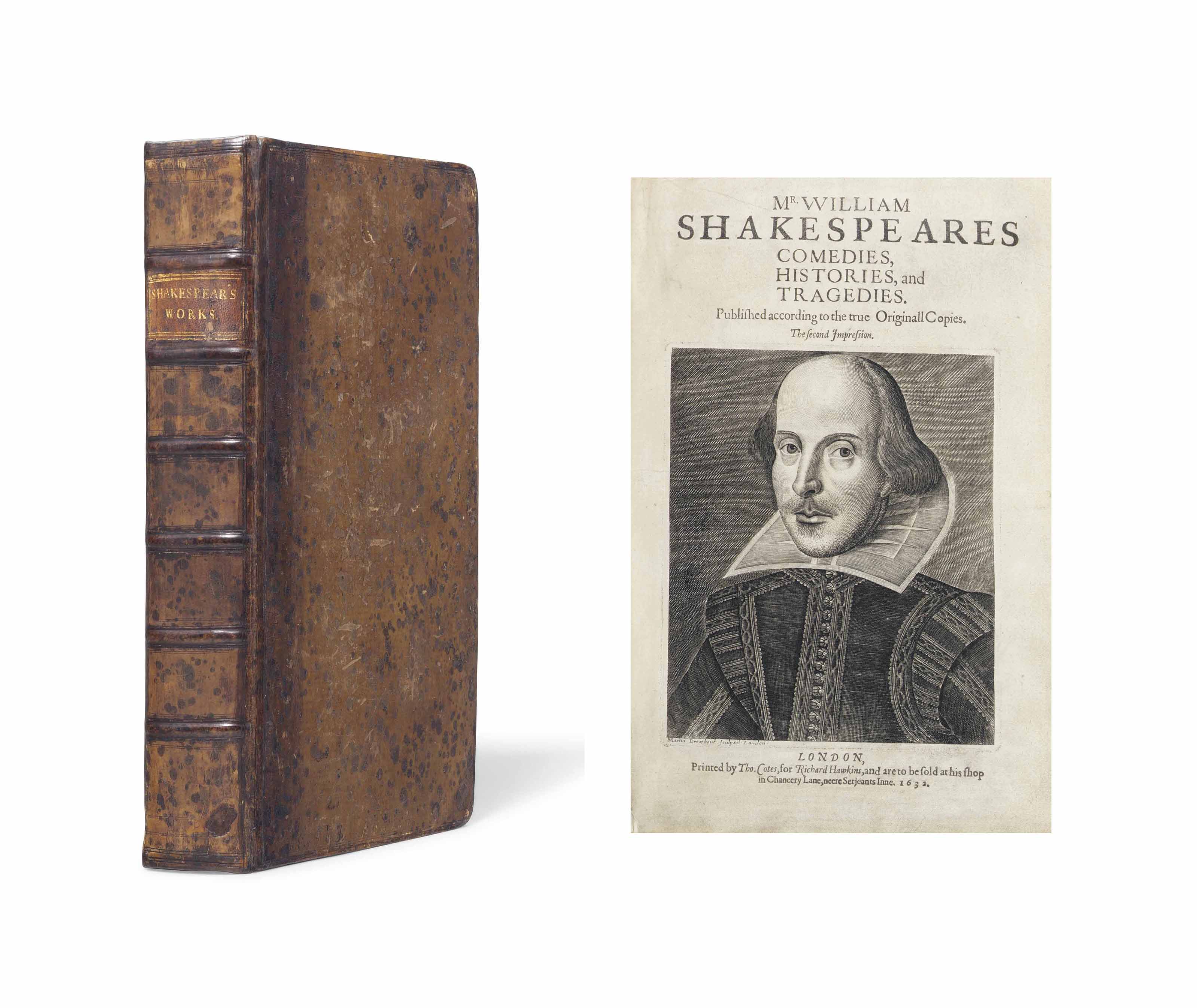