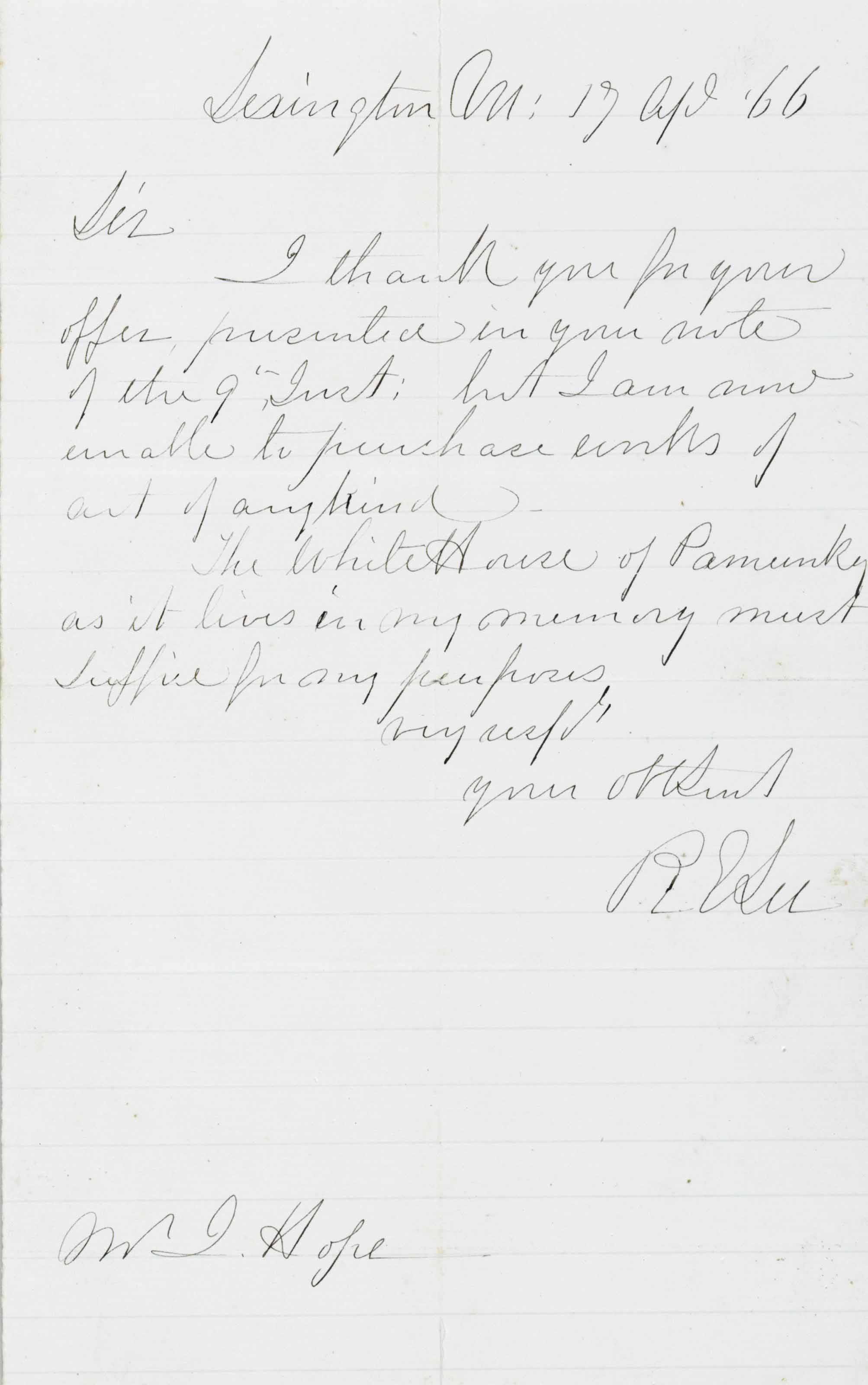 LEE, Robert E. Autograph letter signed to J. Hope, Lexington, Virginia, 17 April 1866. 1 page, 8vo, with original autograph envelope (stamp removed) .
LEE, Robert E. Autograph letter signed to J. Hope, Lexington, Virginia, 17 April 1866. 1 page, 8vo, with original autograph envelope (stamp removed) . A POIGNANT POSTWAR LETTER as Lee, in straightened financial circumstances, recalls the ruin and desolation of a beloved family home. He thanks Hope, a New York City artist, for offering a painting of a Custis family plantation, “but I am now unable to purchase works of art of any kind. The White House of Pamunky [ sic ] as it lives in my memory must suffice for my purposes.” The Pamunkey property was the home of Martha Dandridge Custis (George Washington’s future wife) and her husband Daniel Parke Custis until his death in 1757. It was passed down through the Custis family, eventually to the son of Robert E. and Mary Anna Custis Lee, William Henry Fitzhugh "Rooney" Lee. When Union forces seized the Lee’s Arlington home in 1861, Mary Anna took refuge with Rooney at Pamunkey. They were forced to flee during the Seven Days campaign of spring 1862, when Union forces camped there. The question of what to do with the property went up the Union chain of command to President Lincoln. McClellan felt honor bound to protect the house, telling Stanton on June 7. “I have given special directions to protect the property of the White House from any unnecessary injury or destruction because it was once the property of Gen. Washington & I cannot believe that you will regard this a cause for rebuke or censure.” Lincoln answered, “He doesn’t want to break the promise he has made, and I will break it for him.” In any case by the end of June McClellan was forced to retreat and Stanton ordered all military supplies burned but not the house. A Union soldier did, however, torch the mansion. J.E.B. Stuart saw the ruins next day and reported: “An opportunity was here offered for observing the deceitfulness of the enemy’s pretended reverence for everything associated with the name of Washington, for the dwelling-house was burned to the ground, and not a vestige left except what told of desolation and vandalism.” Published in Jones, Personal Reminiscences of Robert E. Lee , 227. 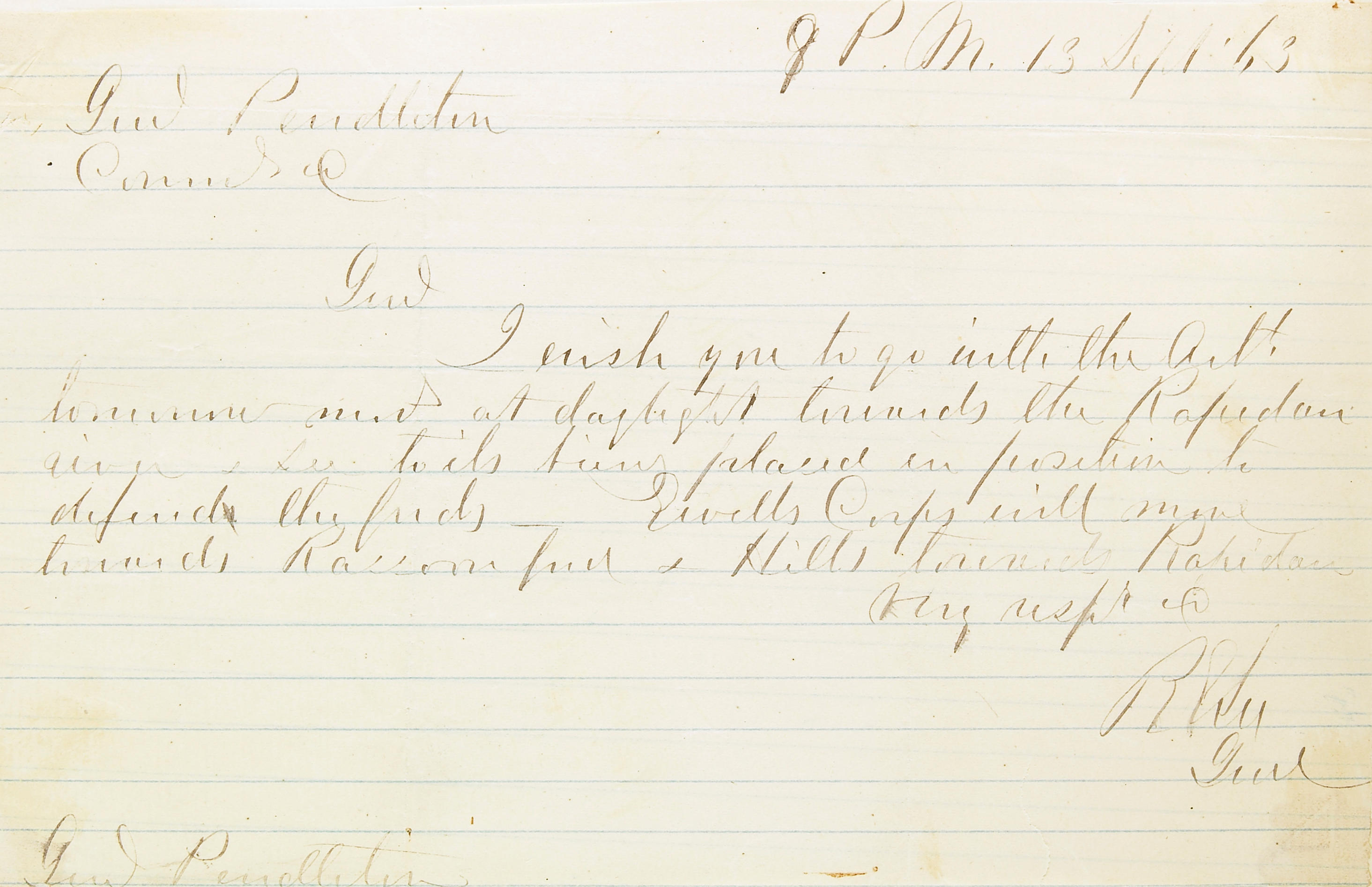