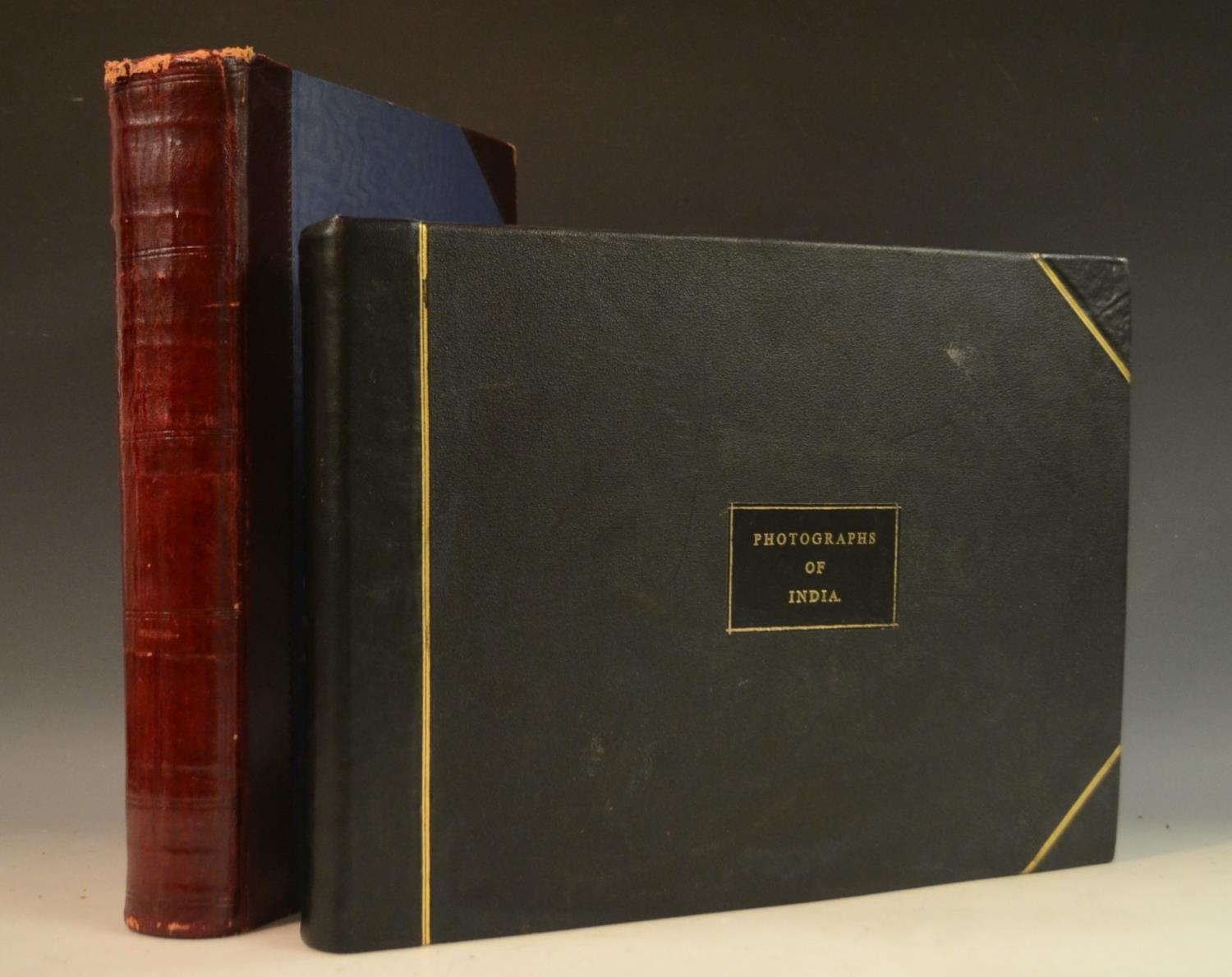 British India and the Raj & World War Two - Squadron Leader George Ronald Kinloch Beck, RAF - an early 20th century photograph album, of peacetime Beck, a gentleman-tea planter and his wife's life in Colonial India, illustrated from 1921-1932, with his time at Haiylebury and Fitzwilliam College, Cambridge, with various team sporting team photographs, his and her family and their homes they visited back in the UK, but principally their Indian life, including Christmas at Singampatti 1928, temple elephants having their daily bath, Views of Calcutta, him at the U.P.A.S.I. Meeting 1929 (United Planters' Association of Southern India), Bangalore Races on Planters' Week 1929, their bungalow at Gajam Mudi, their car being floated over a river, further scenes of everyday life, local infrastructure and characters, etc., contemporary boards and card leaves, refreshed spine and angles, oblong folio (31cm x 42cm), (1); a World War Two and post-war scrap album, compiled, illustrated and annotated by the then Squadron Leader Beck with loosely inserted manuscript correspondence, illuminated and signs marks of esteem, formal and informal b/w photographs, ephemera, etc., contemporary half-calf over blue cloth, folio (39cm x 28.5cm), (1), [2]

Photography - British India and the Raj, 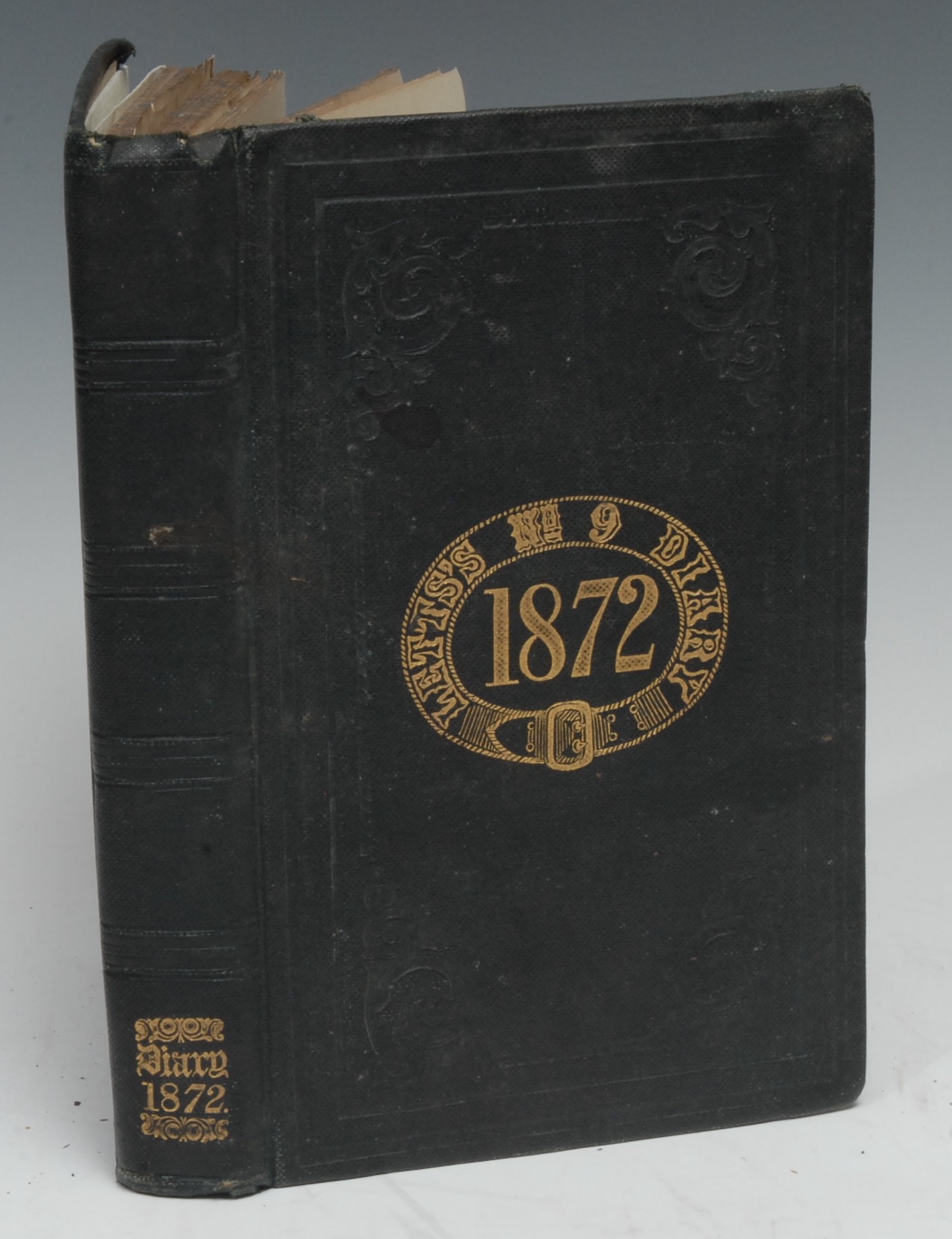 British India and the Raj - a Victorian

A selection (8 items) including The Four 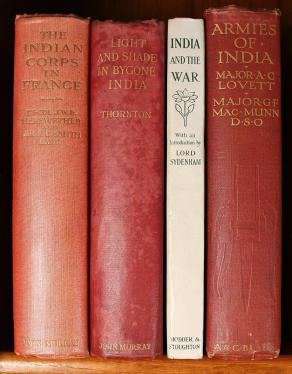 Lot of four volumes on British India and 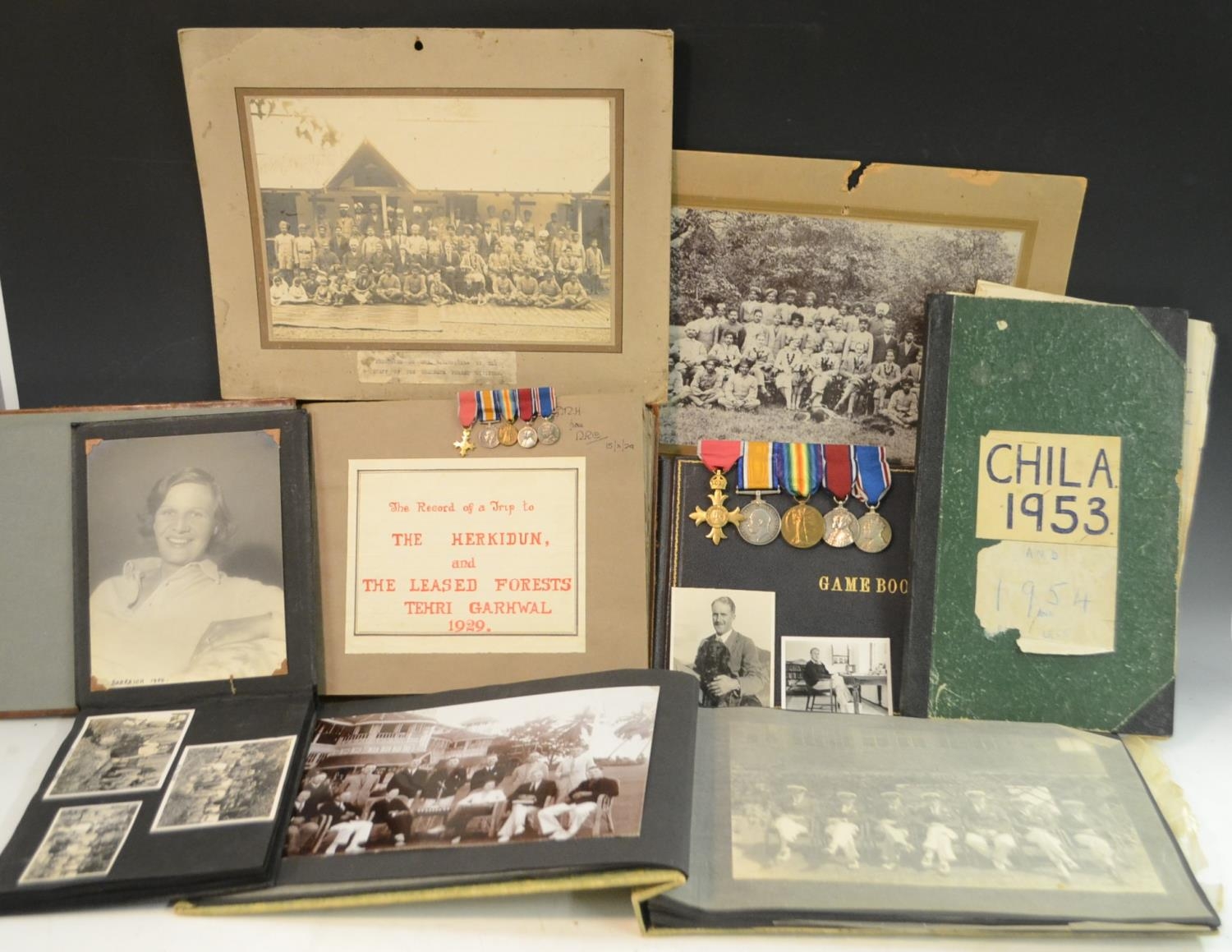 India and the British Raj - Geoffrey May 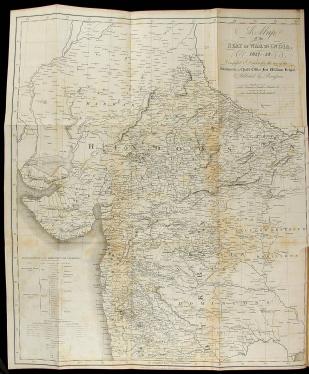 A Narrative of the Political and Militar

A Narrative of the Political and Militar 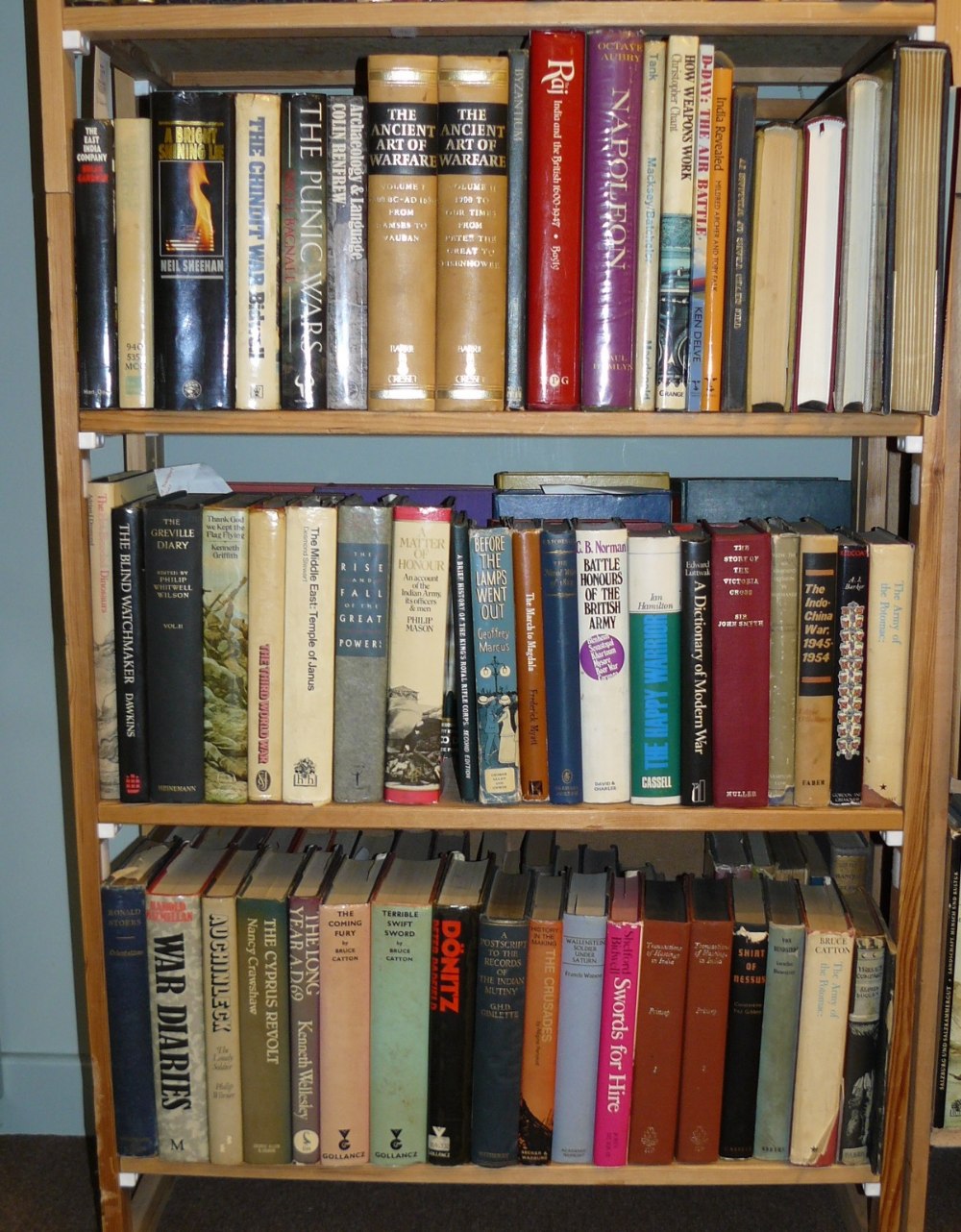 Nolan, Dr. E. H. The History of the Brit