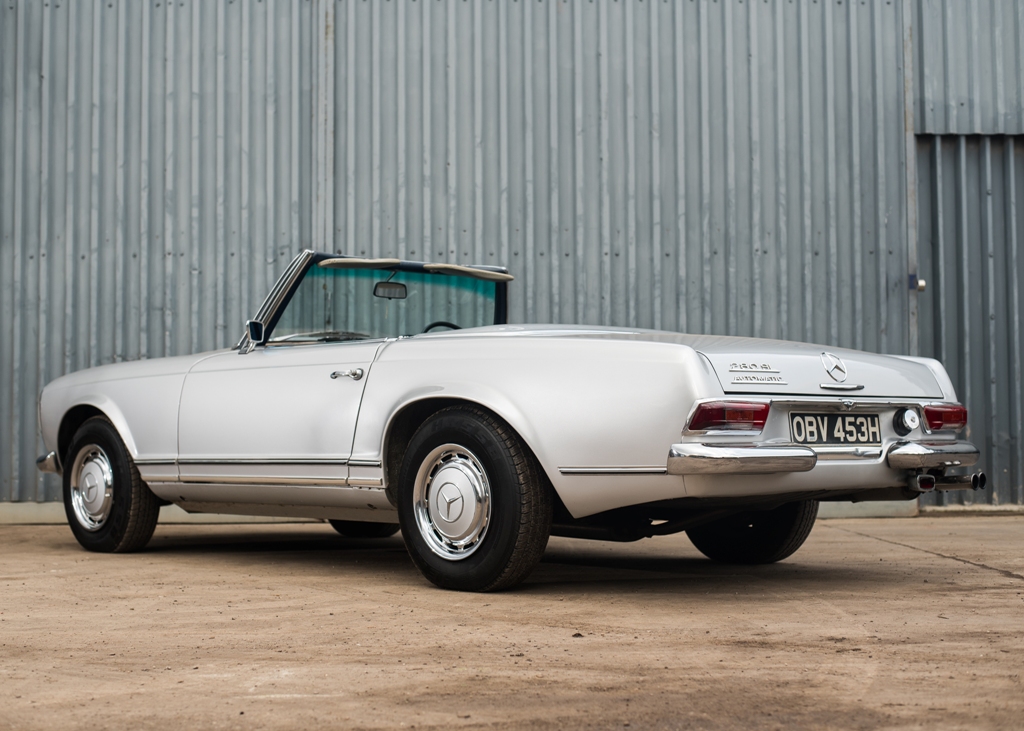 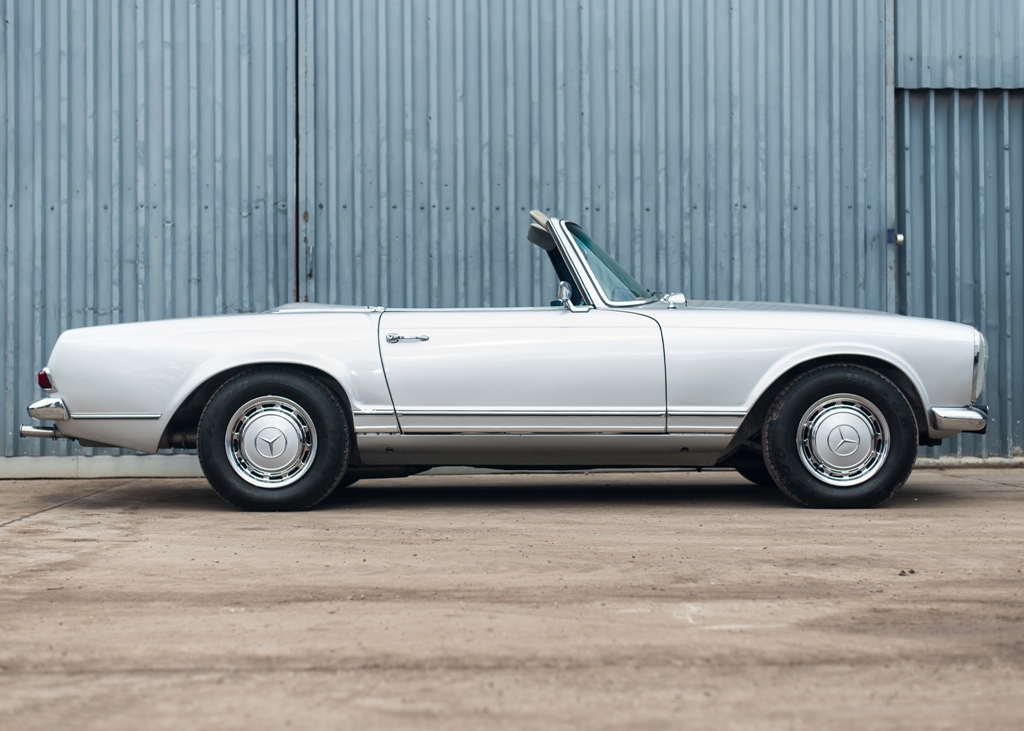 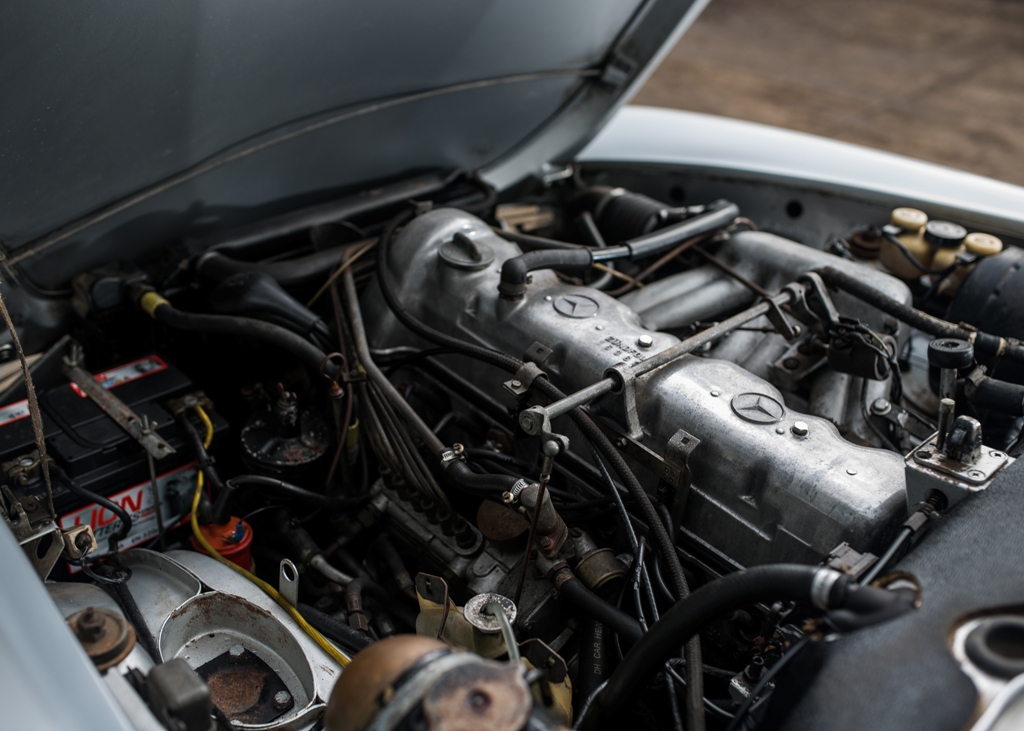 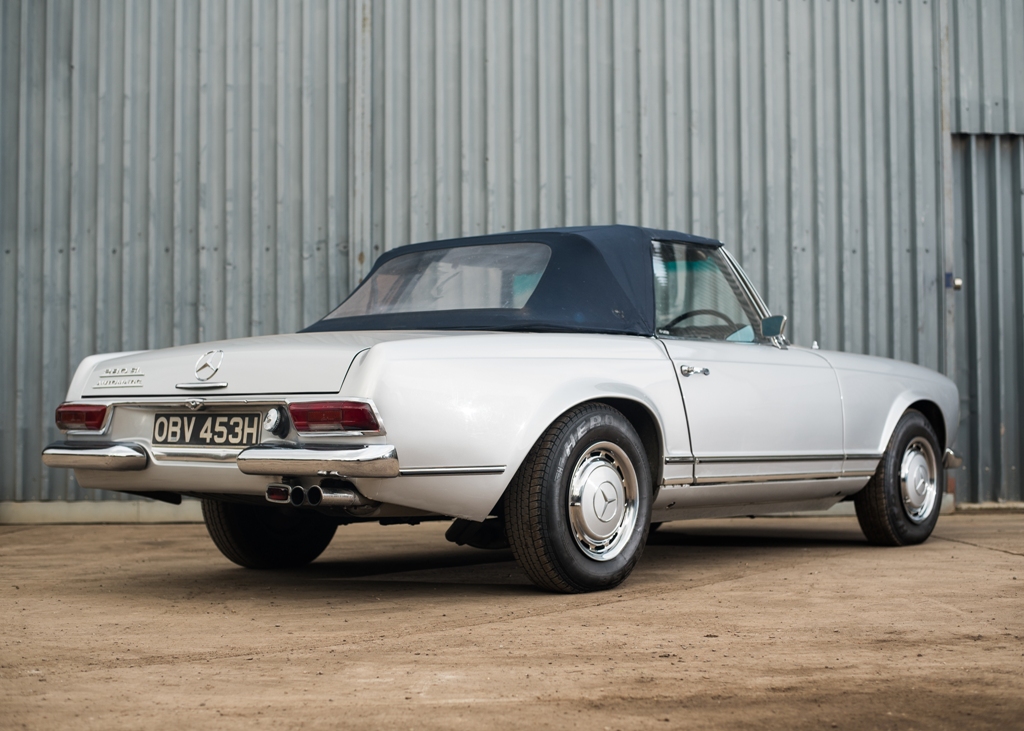 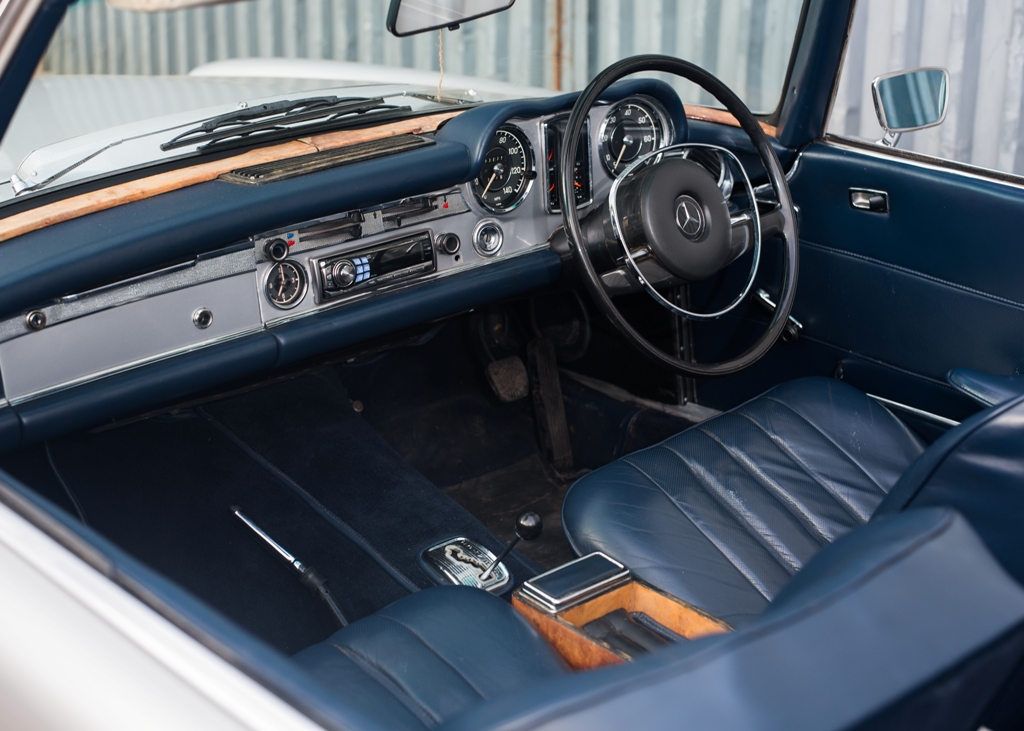 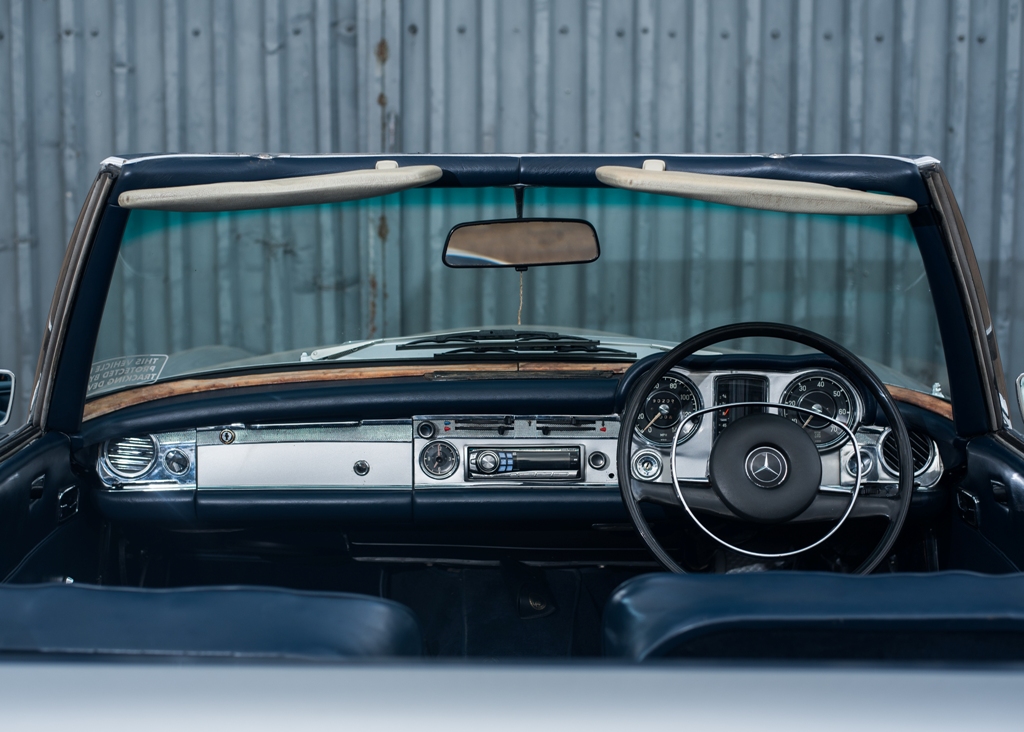 1970 Mercedes-Benz 280 SL Pagoda Lot Number 286 Registration OBV 453H Chassis Number 11304422012171 Engine Number 13098022007677 Odometer reading 90,204 miles Estimate £55,000 - £67,000 Result Sold - £57,120 Print details Send this to a friend 9 more images In 1963, Mercedes-Benz debuted an all-new roadster to replace the 190 SL and 300 SL, the 230 SL. The 230 SL 'Pagoda' was a stunning Paul Bracq-designed two-seat convertible that followed Mercedes-Benz new design language featuring crisp lines and upright headlights. To save on weight, the hood, door skins, boot lid and tonneau cover were all composed of aluminium. The nickname 'Pagoda' was quickly adopted thanks to the slightly concave roof on the optional removable hardtop that resembled a pagoda roof. In 1967, Mercedes-Benz introduced the third and final iteration of the 'Pagoda', the 280 SL, and it then became apparent that some cars don't change, they just get better. The 280 featured the same modified W111 chassis with a rear swing axle, independent front suspension and four-wheel disc brakes. Power came from a 2.8 litre version of Mercedes-Benz robust inline-six and used Bosch fuel injection. A charming model with capable handling and braking thanks to its suspension and all-wheel disc brakes. These roadsters also have one of the most beautiful bodies produced in the 1960s. First registered on 25th March 1970, this original righthand drive, UK-delivered example of the desirable 280 SL automatic, has been owned by the current vendor for near 10 years. Presented in silver with contrasting blue soft top and trim, accompanied by a hardtop, this Pagoda has clearly been loved. Covering approximately 2,000 miles a year in those 10 years, the car has been continuously garaged and, we are told, everything that has been required in this time has been professionally seen to, included a gearbox recondition. A recent MoT test certificate for which no advisories were listed was obtained and is valid until October 2018, this can be found in the history file accompanying the car. A very well priced Pagoda in the best combination with the larger engine and sublime Mercedes-Benz-engineered automatic gearbox, coupled to an original UK car in iconic silver coachwork and blue interior. 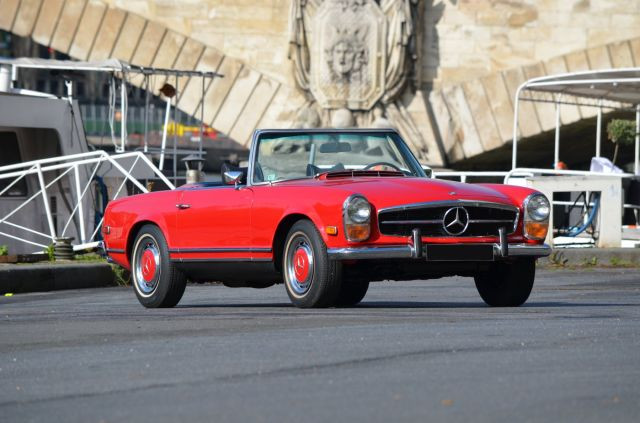 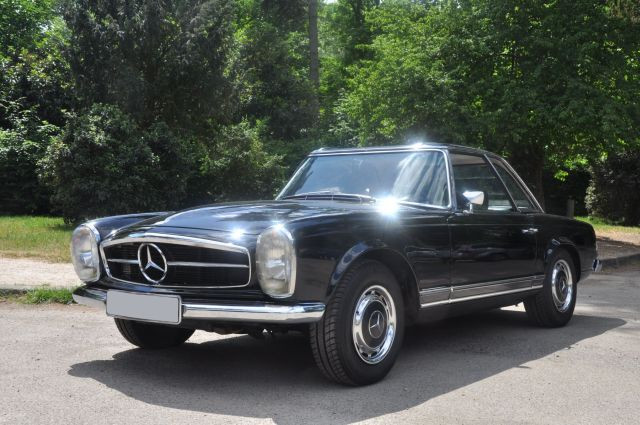 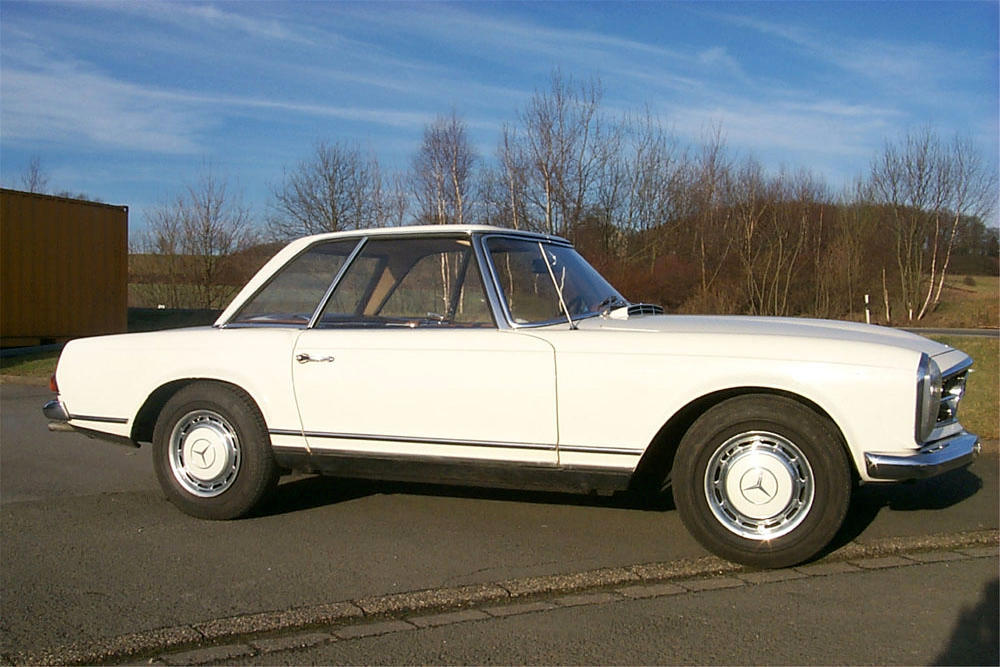 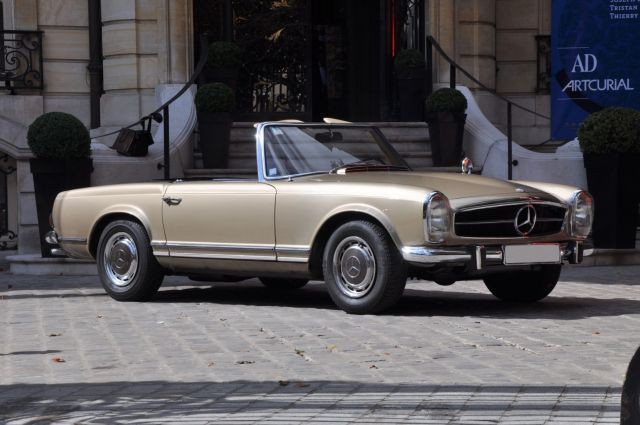 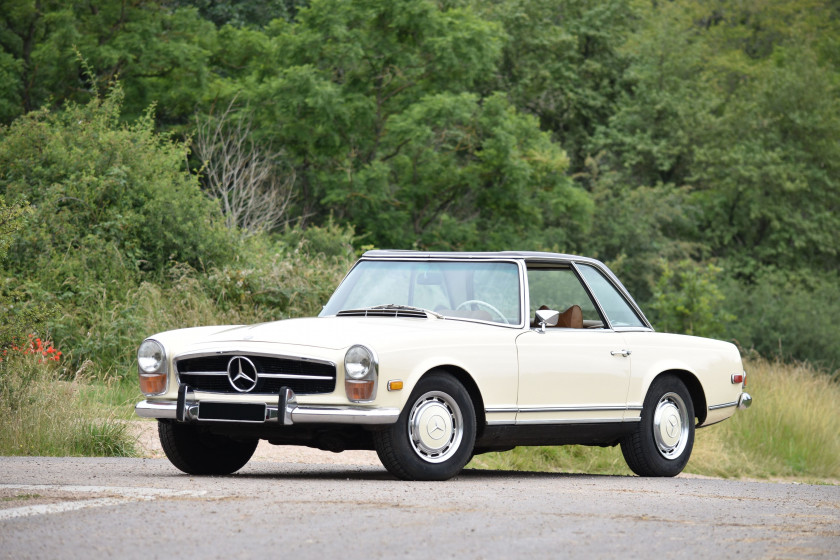