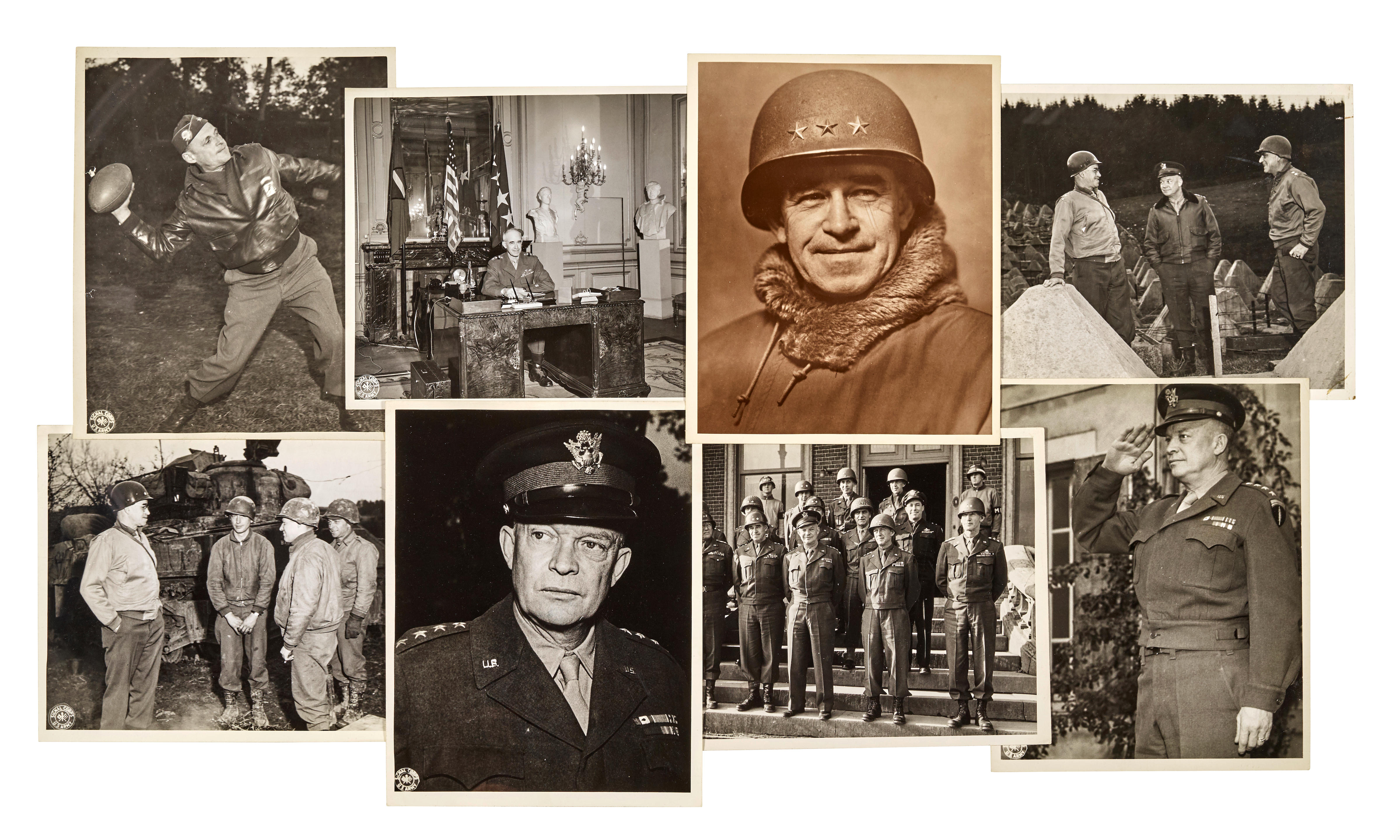 Cutler, Nathan, Official Photographer to Omar Bradley. The Nathan Cutler archive of Photographs of Omar Bradley in Western Europe. [Europe: November 1944-July 1945.] A collection of 279 photographs of Omar Bradley in Western Europe (including approximately 30 duplicates), taken by Nate Cutler, Bradley's official photographer. The images chronicle the military life of Bradley, the Commander of the 12th US Army Group as he moved across Belgium, and into Germany. Each photograph 205 x 260 mm. (8 x 10 inches.) Some with official press labels on verso with text and date, some marked Confidential, others marked 167 Signal Photo Corps, all with "Signal Corps US Army" roundels at lower right corner of image, many with no markings on verso and apparently unpublished. Provenance: Nathan Cutler; by descent. A VIVID RECORD OF THE EVENTS, MEETINGS AND THE MILITARY LIFE OF GENERAL OMAR BRADLEY IN THE FIELD, at the various HQs of the 12th US Army Group, as they moved across Western Europe into Germany, and finally met up with the Russian Armies at the River Elbe on April 1945. The photographs are arranged in 5 folders arranged by subject, a group of 32 photos of Eisenhower with his top generals including Bradley and Patton; 110 photographs of Bradley going about his job, in his various HQs, usually country house mansions, as well as the Commander out in the field; 75 images of his staff and operations; and a file of 62 photographs documenting the momentous meeting of the Russian and American Armies at the River Elbe, with medal-giving ceremonies and special banquets. Nathan (Nate) Cutler was a photographer at the San Francisco shipyards in early 1944, when he was selected and sent to Europe in November 1944 to become General Omar Bradley's official photographer, responsible for recording the daily official and unofficial events in the General's life. Omar Bradley 1893-1981, had a storied military career. His first high command was in Operation Torch under Patton, and after Patton was reassigned in Sicily over the treatment of his soldiers, it was Bradley who took over. He came back to the UK to take command of the First United States Army for D-day, then rose to Commander of 12th US Army Group, with 1.2m American soldiers under his command. by the end of the War. After the war he was Chairman of the Joint Chiefs of staff, and was in command at the beginning of the Korean war. He was very much a GI's General, and was renown for his good treatment and support of his men in the field. Cutler was a very good photographer of people, and after the war, he went on to become one of the noted photographers of Hollywood celebrities in Los Angeles, but he learnt his craft in the shipyards of San Francisco and in Western Europe. In his role with Bradley he was able to catch the true personality of the famous general, the smile, the slightly twinkly eyes, the way he went out among his troops. These images show him as a man of steel, but with a kind heart, a true leader. Unlike some of the more colorful generals of World War II, Bradley was polite and courteous in his public appearances. A reticent man, Bradley was first favorably brought to public attention by war correspondent Ernie Pyle, who was urged by General Eisenhower to "go and discover Bradley." Pyle subsequently wrote several dispatches in which he referred to Bradley as the GI's general, a title that would stay with Bradley throughout his career. Will Lang Jr. of Life magazine said "The thing I most admire about Omar Bradley is his gentleness. He was never known to issue an order to anybody of any rank without saying 'Please' first." Further information is available at natecutlerarchives.com 24 photographs of action and locales in 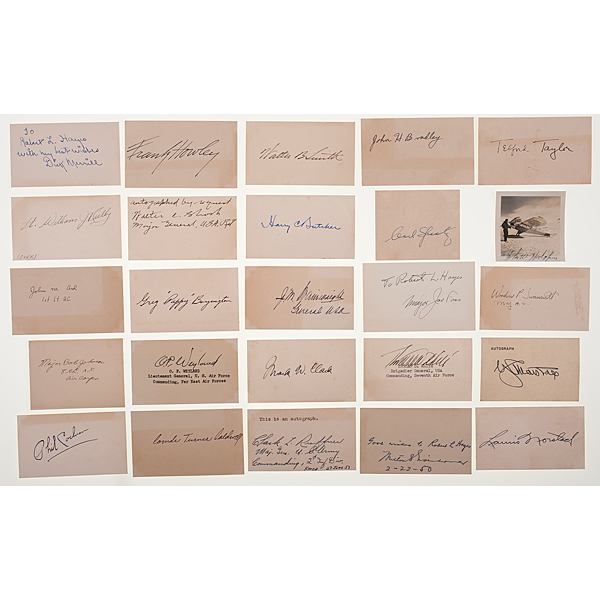 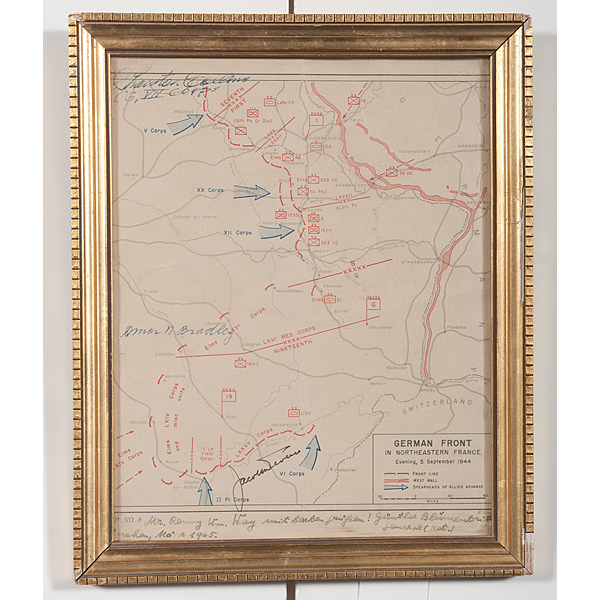 World War II Map Signed by US Generals B 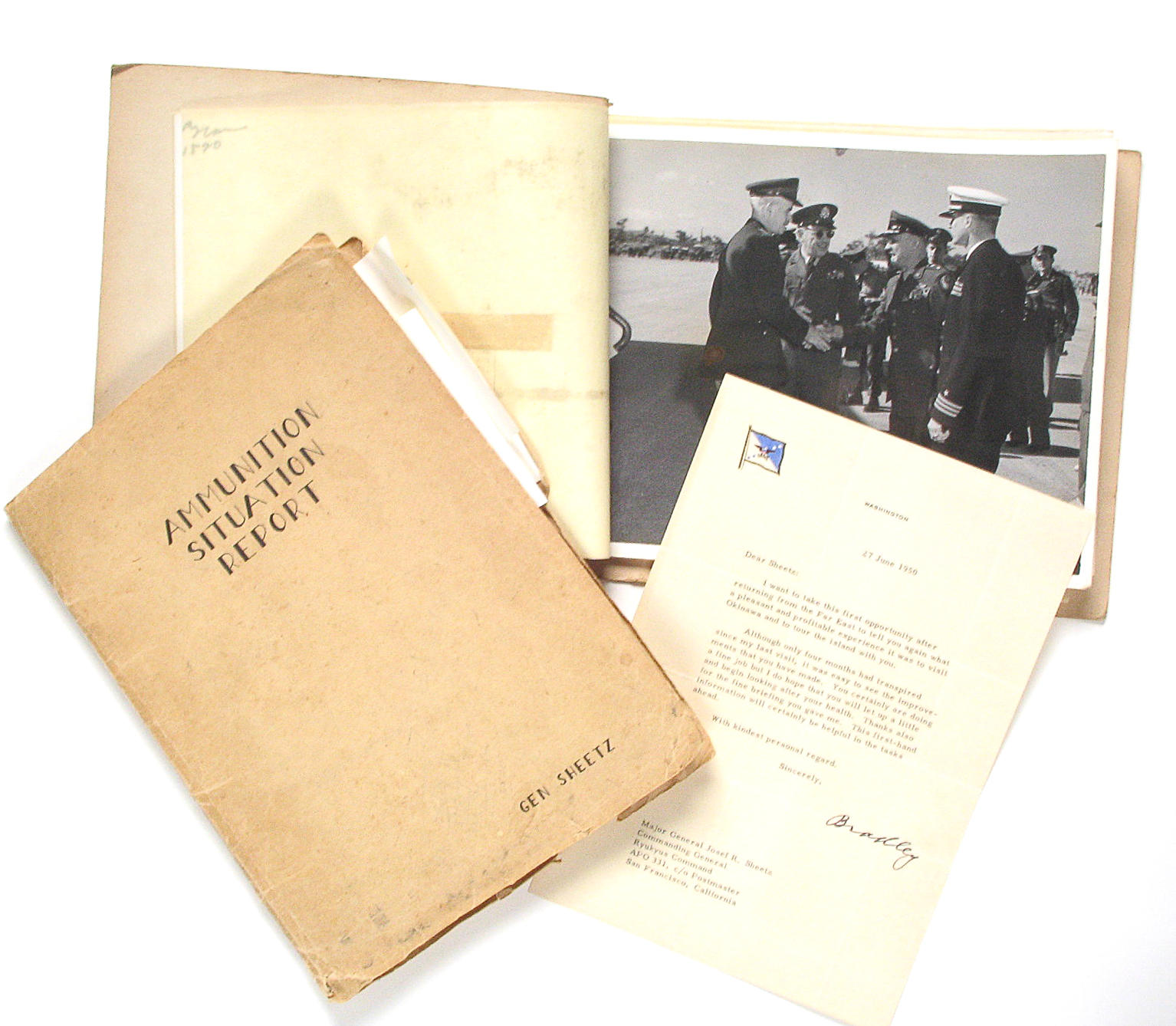 [WORLD WAR II AND THE OCCUPATION OF OKIN 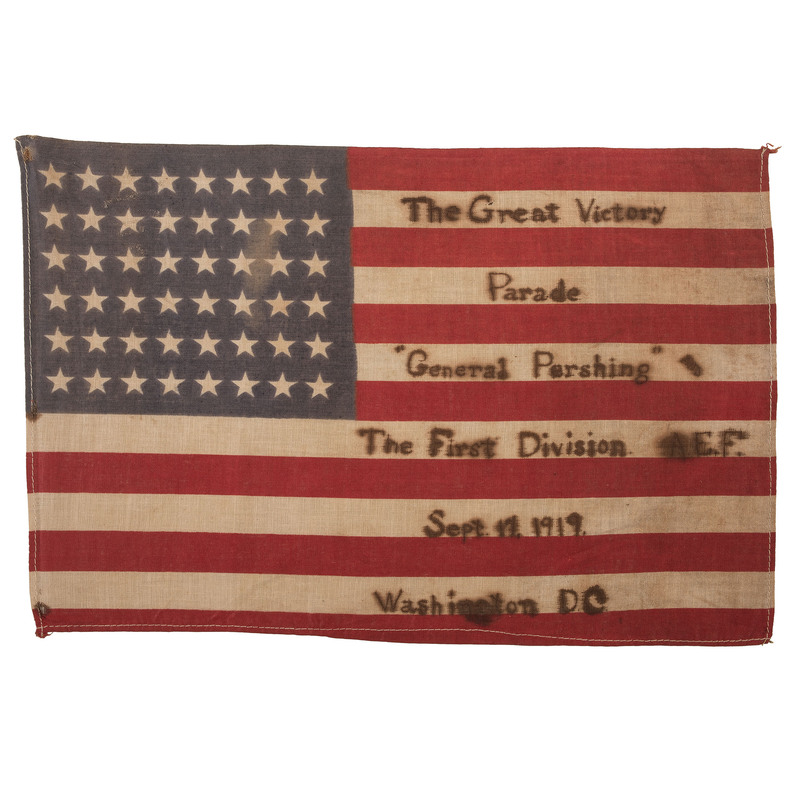 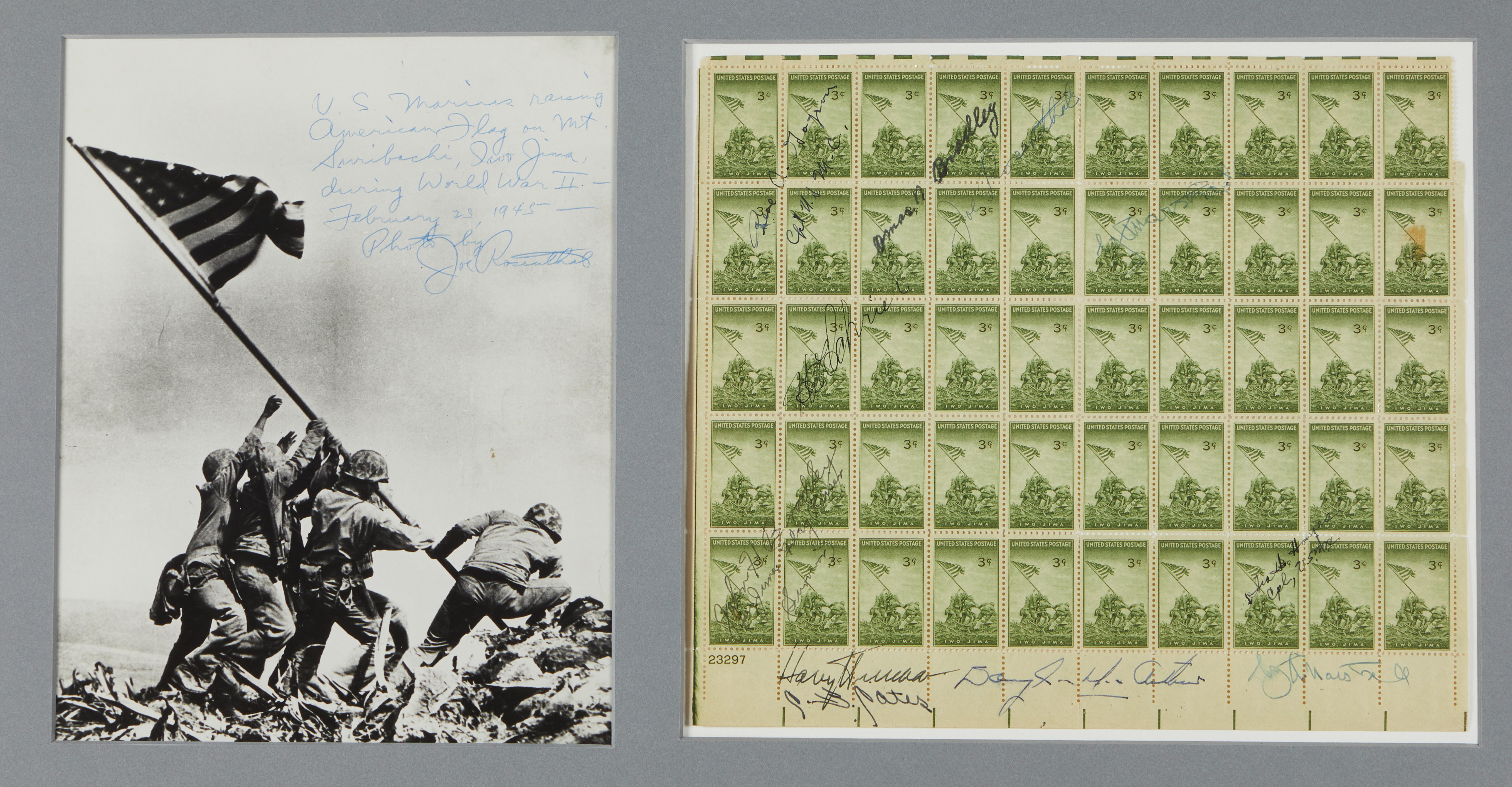